Lionel Messi created history last month by lifting the FIFA World Cup trophy for Argentina. Shortly after the win, the legendary footballer posted a photo with the trophy on his Instagram, which went on to become the most-liked photo on the platform.

But what if we told you the trophy featured in the iconic picture was actually fake? Recent reports have revealed that the trophy was not real and was a close imitation of the genuine one. Read on to find out how the goof-up took place. 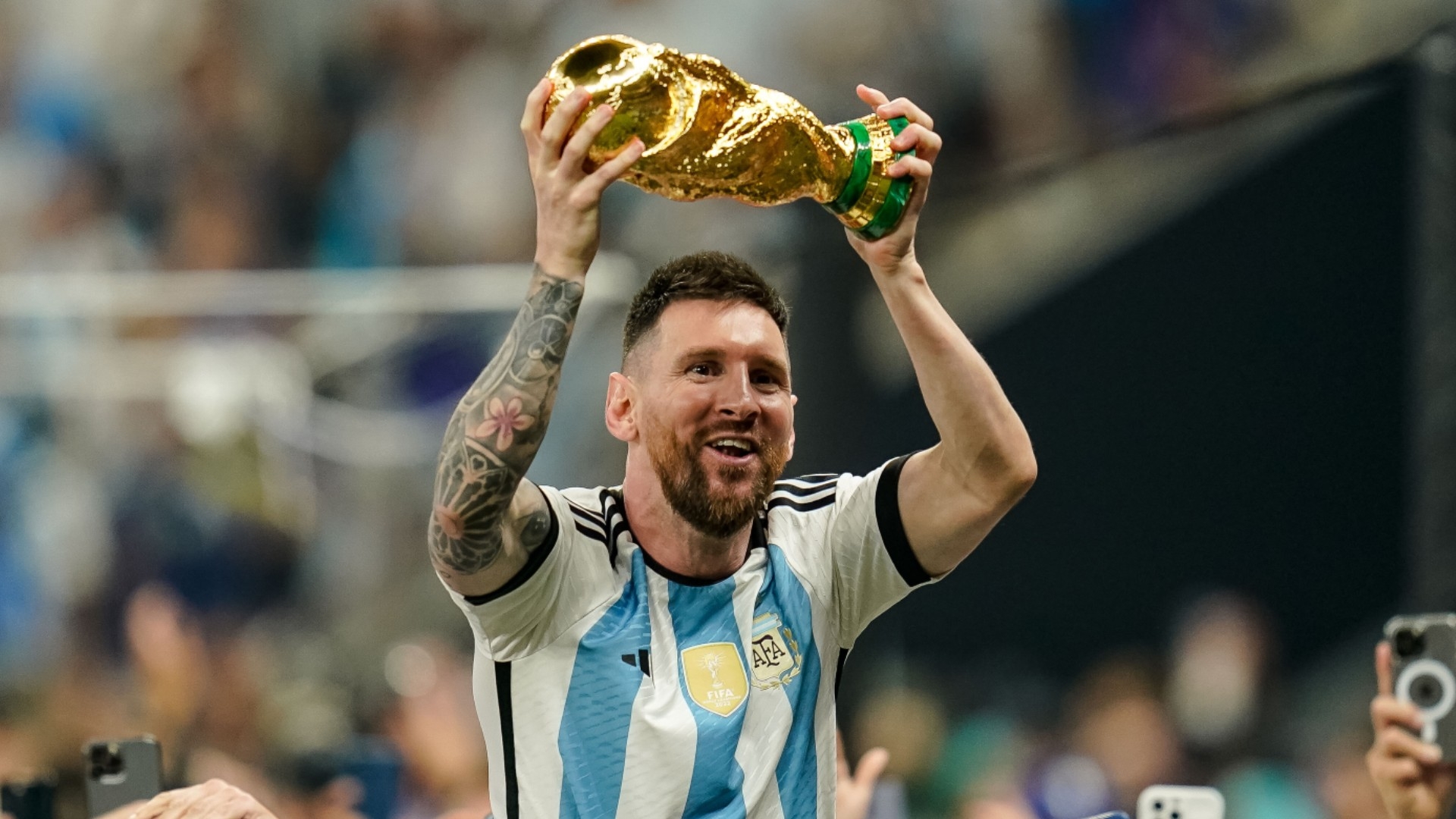 The winning team was initially awarded the real trophy, but it was taken off the field a few minutes later by FIFA officials, as per customs. However, two Argentina fans in the stadium, Manuel and Paula, possessed a replica trophy, which was passed down to the players.

The whole team then celebrated with the fake trophy, and Messi paraded it around the field. The captain also clicked a photo with it, which eventually broke the record for the most number of likes on Instagram, and currently has more than 74 million likes.

The Owners of the Fake Trophy Reveal the Story

Manuel and Paula have now talked to the Spanish media and revealed the story behind the replica trophy. “Before the World Cup we got in touch with people who make trophies and it took six months to make it. The idea was to get the players to sign it, but in the end, it was taken down to the pitch three times,” they said.

“First a member of [Leandro] Paredes’ family got him to sign it. The second time we were asked for it, it was down there for 45 minutes, being passed from one player to another, from one relative to another, while photos were taken,” the two added. 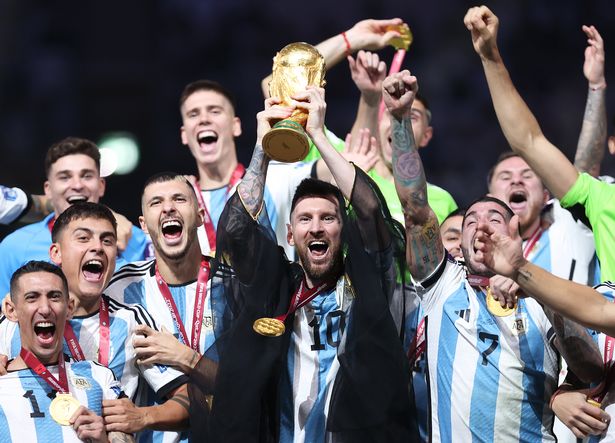 They continued, “The other fans in the stand told us: ‘You lost the cup.’ We were having fun but we wanted it back. That’s when I shouted to a couple of players: ‘That cup that Paredes has, it’s ours.’ In the end, Lautaro Martínez signed it and brought it back over. Then FIFA security arrived and asked us to hand it over to make sure it wasn’t the original.”

Ángel Di María had Pointed Out the Goof Up Earlier

All but one player, Ángel Di María, was able to spot the difference between the genuine and the fake trophy during the team’s celebration. He had even pointed out the mistake to Messi. “The security people told me: ‘Please don’t give the cup to anyone.’ I told them: ‘But there’s another cup over there,’” Maria explained. 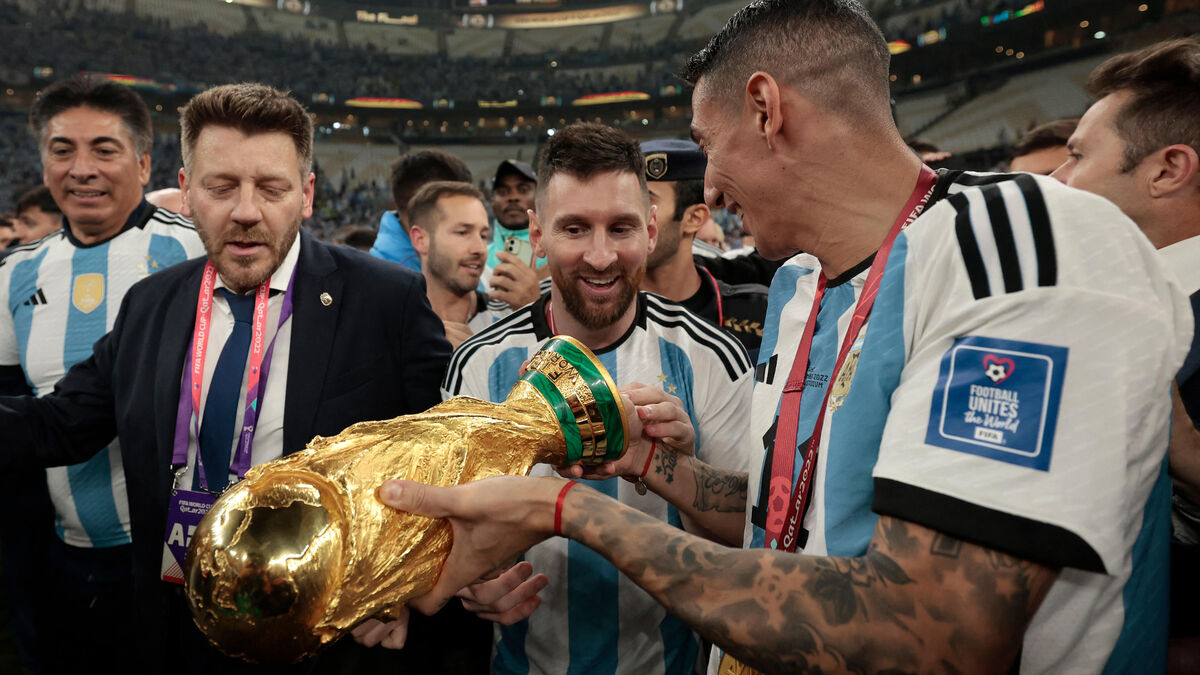 He added, “They replied: ‘No, no, the one you have is the real one, that’s why we’re with you.’ That’s what I was telling Messi.” The moment was captured by photographer Fernando de la Orden, who posted the still on Instagram two days after the world cup final.

At the time, the photographer had written, “Di María was telling Leo that he had just done the lap of honor with a fake trophy and that he had the real one, that’s why they were laughing.” Paula had also joined the conversation and replied, “We are the owners of the fake trophy and passed it to the players on the pitch. It’s very funny, thank you.”

Well, the trophy might be fake, but the world-cup-winning picture of Messi will still remain iconic. Stay tuned for more news and updates.