The show had a number of drag queens, however, what has actually set the stage on fire was a smooch shared between Madonna and Dominican rapper Tokischa. 63-year-old Madonna, who was wearing a lace basque and hotpants was joined by the 26-year-old rapper Tokischa for an outstanding performance of her hit song “Hung Up”. The duo shared a rather intense passionate kiss towards the end before she gave a slight rap on Tokischa’s bum as she walked off the stage.

The crowd went ecstatic when the pop sensation and rapper kissed on the stage. The scene reminded music lovers of her infamous kiss with Britney Spears around two decades ago at MTV Video Music Awards in 2003.

Madonna makes out with Tokischa while performing at NYC Pride 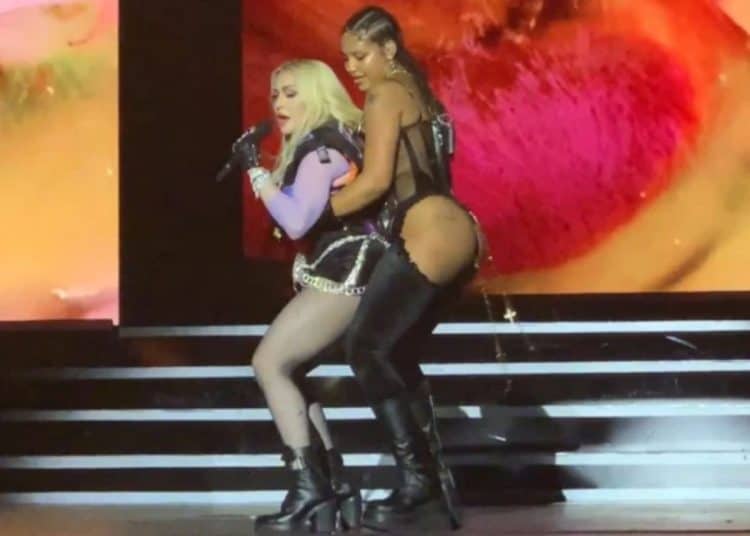 Tokischa has been grabbing the limelight ever since her success with single releases. 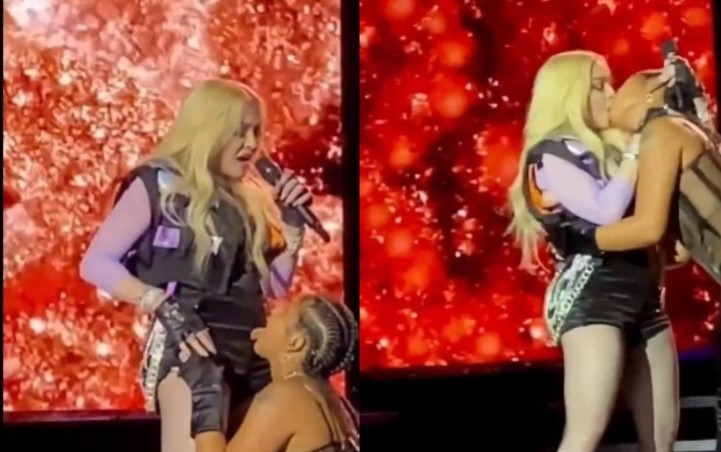 Below is all that you need to know about Tokischa and her career. Keep scrolling!

Who is Rapper Tokischa?

Tokischa Altagracia Peralta was born in the year 1996 in Los Frailes, Dominican Republic. She studied fine and dramatic arts and started her career in professional modeling when she was 16. 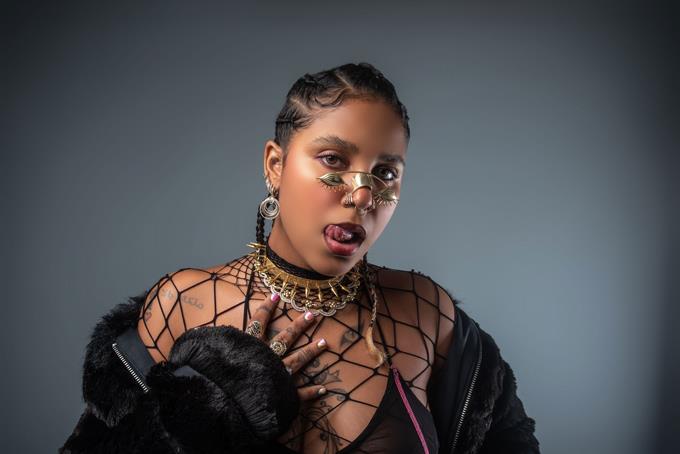 She even worked in a call center for 12 months and before her music career took off she was doing photography. She gained prominence in 2020 after the popularity of her singles Perras Como Tú, Varón, Empatillada, and Twerk.

At age twenty, while Tokischa was doing a photo shoot for a magazine in her hometown, she met producer and designer Raymi Paulus, who asked her to record some songs in her studio. She signed a record deal with her label Paulus Music and released her debut single “Pícala”.

Ever since she was a teenager, Tokischa has been involved with culture and arts. She said, “I participated in theater, dance, modeling, and other things that would form me to become an artist. Raymi Paulus saw my potential and we began working together. That’s when I discovered my love for music.” The rapper has earlier collaborated with celebrity musicians like Marshmello, Rosalía, Madonna, and J Balvin.

Her fanbase grew exponentially in the past few years. Speaking to Shangay Magazine, Tokischa said, “It’s very exciting to think that I’m heard in countries like Spain.”

The hitmaker discussed her influences saying, ” I want to travel the world with my music. In it, I express what I have really lived, what I like, and my fantasies. I give something real, and people identify themselves. My inspiration comes from within. I chose to trap because I consider it the modern variant of rock, and it perfectly represented what I was experiencing.”

Tokischa is all set to perform at concerts scheduled for the rest of the year to promote her music.

This week she just concluded her performance with Madonna in New York City in honor of Pride Month.

Next month on 8th July she will perform at Breda, the Netherlands town with Anuel AA followed by a live performance at Mountain View, California on 4th September.

Bookmark this space and stay connected for the latest updates from the world of showbiz!