Who is Sally McNeil from Netflix’s ‘Killer Sally’ and Where is She Right Now?

Netflix’s latest crime series Killer Sally has created quite a buzz among viewers. The gripping three-episode docu-series which came out on the streaming giant Netflix on November 2, 2022, Wednesday is the true story of a woman named Sally McNeil who shot and killed her husband on the occasion of Valentine’s Day.

The series narrates the tale of a bodybuilder Sally McNeil who murdered her husband and then claimed self-defense. In the newest true-crime series on Netflix, you will be able to see interviews with real-life Sally and her two children. Let us share with you all, Sally’s husband Ray was also a bodybuilder by profession. As per a report by Women’s Health, Ray physically abused Sally throughout the course of their relationship.

It has been reported by Rolling Stone, that when Sally shot her husband Ray, she alleged that she was being choked. Soon after a rough trial, Sally met with a second-degree murder charge and a long jail sentence. Continue reading further to know everything about Sally’s life including the murder of her husband Ray and learn where is she at the moment.

Here’s everything you need to know about Sally McNeil

For those of you who are unaware, let us tell you, the real name of Killer Sally is Sally McNeil. According to a report by The Independent, she was born in the year 1960 in Allentown, Pennsylvania.

In Netflix’s limited series Killer Sally, she reveals that she had a tough upbringing. The media outlet reported that during her childhood days Sally experienced “situations where [she] had to defend [herself].”

While growing up, Sally was exposed to physical violence and at that point in time, she believed it was normal. She became an athlete in her high school days. Then, she worked on her running, swimming as well as diving skills. 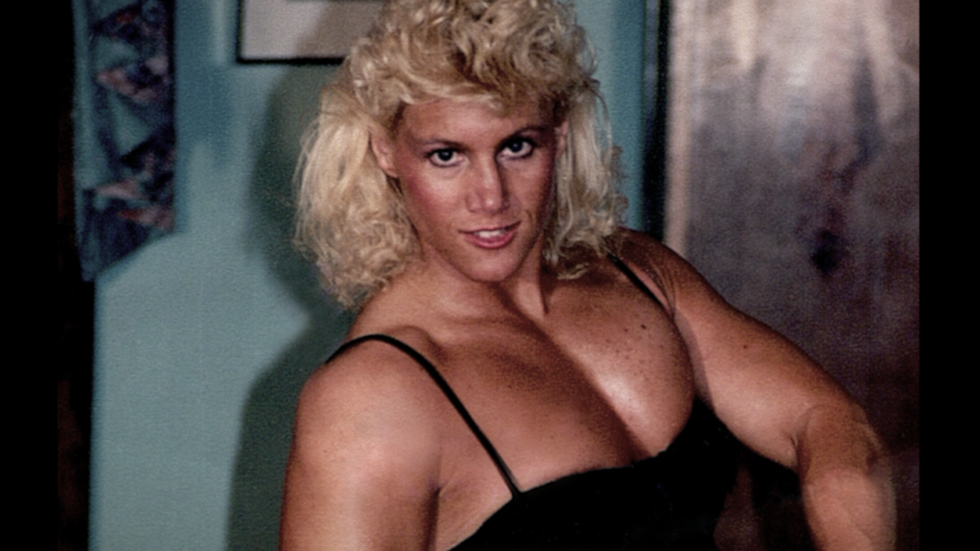 After completing high school, Sally went on to attend East Stroudsburg State College, which now goes by the name of the East Stroudsburg University of Pennsylvania. It has been reported by The Independent, that she got admission into college as she wanted to become a gym teacher.

Unfortunately, at that time, Sally ran out of money and she had no money left for college funds after three-and-a-half years at school, she bid adieu to the place. Shortly afterward, she decided to follow in the footsteps of her uncle and her brother and she ended up joining the Marine Corps.

Sally met her husband Ray for the first time while she was serving in the Marine Corps. As per a report by The Daily Beast, back in the day, she ran away from her husband and moved to Camp Pendleton in California due to his aggressive personality. The Independent reported that she also started bodybuilding during the same period.

When did Sally meet her husband Ray first?

Sally went on to compete in her first bodybuilding competition, the Armed Forces Bodybuilding Championship, on February 14, 1987. She finished in fourth place. It was exactly at that time, she and her husband Ray McNeil crossed paths for the first time. He was also a bodybuilder and fellow marine.

In an interview with The U.S. Sun, Sally said, “He looked like the Statue of David. He was beautiful. Lust at first sight.” The pair dated for nearly two months before taking the big plunge and walking down the aisle. After getting married, they moved to Oceanside, California. 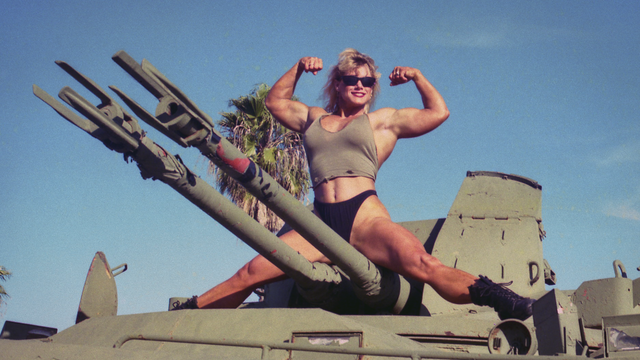 When we talk about Sally, she stayed in the Marines, and at that time, she worked as a cook. It has been reported by the media outlet, that eventually, she was discharged from the military three years into their marriage, and then she thought of making some big bucks by competing in “muscle worship,” or getting money to wrestle men in video.

As per The U.S. Sun, Sally made enough money and her husband Ray managed to leave the Marines and pursue a career in bodybuilding. After some time, the couple began fighting. Soon after, her husband Ray became very insecure about his body, and around the same time, she learned about one of his mistresses.

The Independent reported that at one point in their relationship, Ray became abusive. He punched his wife Sally in the face, splitting her lip, and breaking her nose. In the docuseries, Sally went on to say that her husband Ray was abusive due to some physical and sexual abuse in his childhood.

Why did Sally kill her husband Ray?

As per The Independent, Sally shot her husband Ray after the two of them got into a fight at their apartment. The weirdest fact is that the whole thing saw the light of the day exactly eight years after they first each other on February 14, 1995.

Sally shot Ray a total of two times. At first, she shot him in the abdomen and then in the head. She fired shots at him “because she was afraid for her life.” She “didn’t know what [Ray] he was capable of doing” to her. After the incident unraveled, she called 911 and said, “I just shot my husband because he just beat me up.” 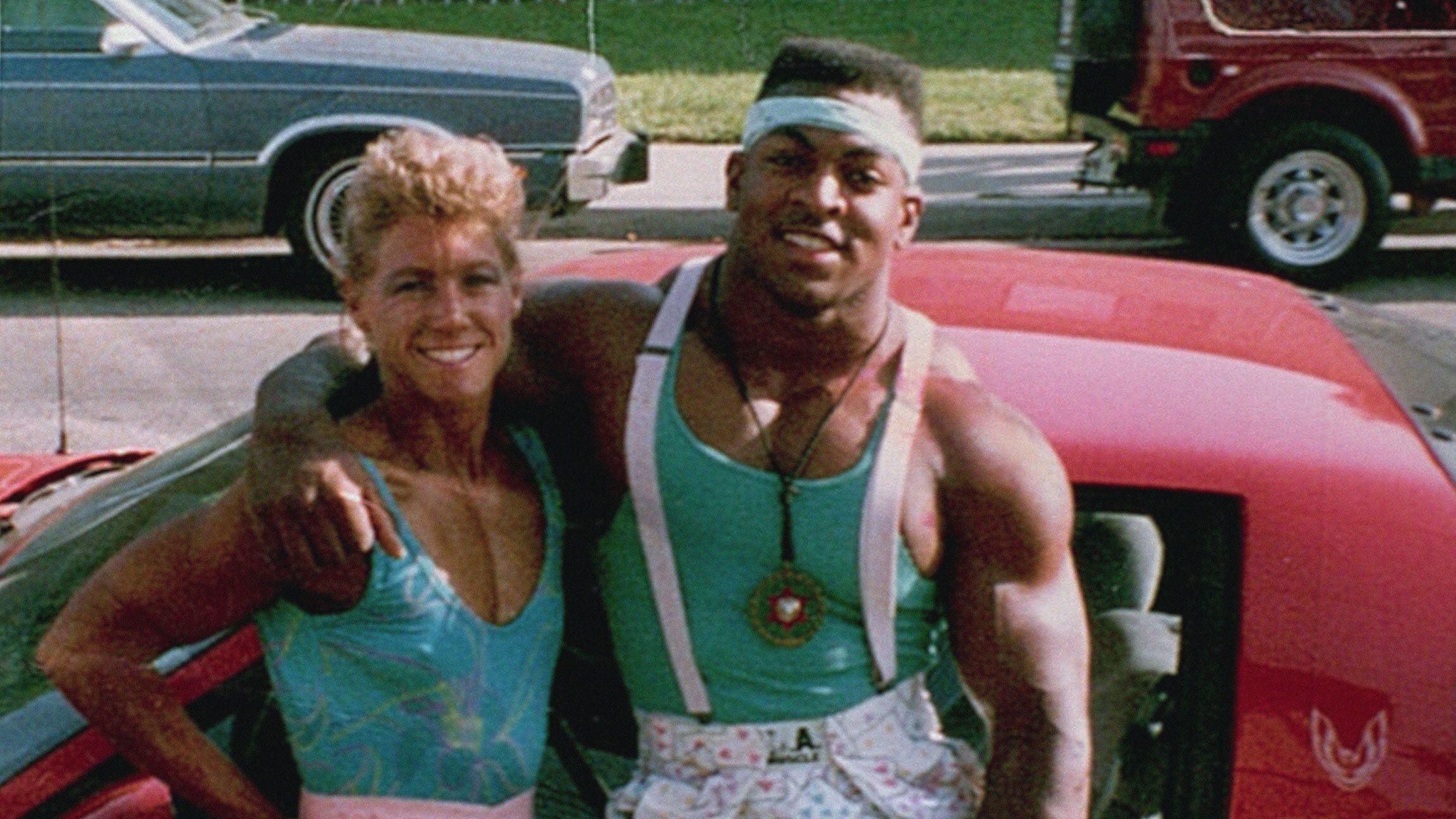 Sally and Ray welcomed two kids together, a daughter named Shantina and a son whose name is John. Both the children of the pair who are adults now remember their dad’s abuse.

According to The Guardian, the pair’s son John was in fourth grade, when his mom Sally shot and killed his dad Ray. Apparently, on a tape, he was caught telling his mom in the interrogation room, that “if you thought [he] was gonna kill you then that’s self-defense.”

On the other hand, when we talk about Sally and Ray’s daughter Shantina, she told the media outlet, she remembers hearing her mom Sally trying to gasp for air while Ray abused her. The media outlet also reported that once Ray even broke Sally’s nose in front of the pair’s two kids.

What happened during the trial of Killer Sally?

In the trial, due to Sally’s muscular bodybuilding physique, Dan Goldstein, the prosecutor, tried to make her look like the aggressor. As per The Independent, in his opening statement, Dan said, “She is a bully.”

Goldstein went on to say, “That’s hard to say when you’re talking about a woman, but Sally McNeil has managed to bridge the gap of gender.” The U.S. Sun also reported that they described the murder the “roid rage killing” due to the fact that both were using steroids, which was later on discovered by the investigators. 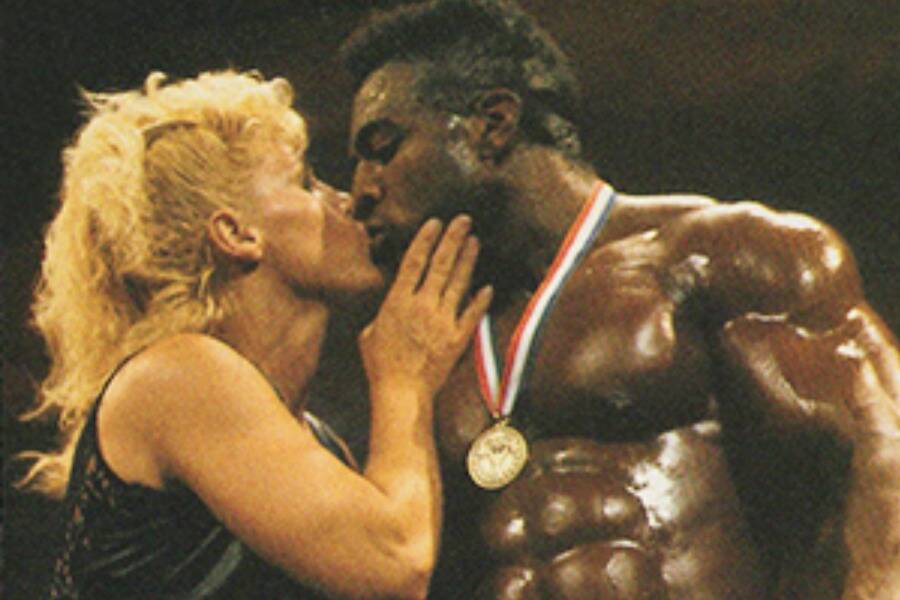 At that point, the prosecution tried to prove that the murder was premeditated, because as per the forensic reports, Sally shot Ray in the abdomen, and soon after, she reloaded the weapon and shot him again in the face.

What was Sally McNeil convicted of?

It has been stated by The U.S. Sun, that later on, Sally McNeil was found guilty of second-degree murder in the year 1996. At that time, she was sentenced to 19 years in prison.

How old is Sally right now?

It was previously reported that Sally McNeil was born in the year 1960, so at this moment, she is 62 years old. According to a report by The U.S. Sun, Sally was only 27 years old when she shot and killed her husband Ray.

Where is Sally McNeil at this moment?

According to The New York Daily News, Sally was earlier living at the Central California Women’s Facility in Chowchilla, California but she was released on parole in June of 2020 by then she had served 25 years in jail.

The California Department of Corrections and Rehabilitation granted her parole on May 29, 2020. It has been reported by The U.S. Sun, that now Sally McNeil lives in Northern California.

After getting out of prison after a long period of time, Sally lived in California at the Veterans Transition Center and began working at a warehouse. And now, she is a grandmother.

Yeah, you read that right. Netflix’s limited true-crime series Killer Sally will take you through the entire life of the professional bodybuilder Sally McNeil and it will give you a closer look at her personal life including the case.

The docu-series Killer Sally consists of a total of three episodes. All three episodes were released on the streaming platform Netflix on November 2, 2022, Wednesday. As of right now, Netflix has not made any official announcement regarding a second season.

The three-episode series will paint a crystal clear picture of the case. In the series, you will get to see in-depth interviews with Sally about what happened before and after 1995.

Have you seen the true-crime series, Killer Sally till now? If you have watched the docu-series, kindly let us know your thoughts on it in the comments section below. And if you have not watched it, you can watch it now, Killer Sally is streaming exclusively on Netflix. Don’t forget to stay tuned with us for the latest updates from the world of showbiz.