Former President of the United States, Donald Trump’s daughter Tiffany Trump is all set to walk down the aisle with her fiancé Michael Boulos. The youngest daughter of Donald Trump made her relationship with Michael Boulos both Instagram and White House official in the year 2019.

At that time, Tiffany shared a snap of herself and Michael in The Red Room. A close source told People magazine, that Tiffany and Boulos first connected after meeting at Lindsay Lohan’s club in Greece. Keep scrolling further to know more about Michael Boulos, the soon-to-be husband of Tiffany Trump. What does Tiffany Trump’s fiancé Michael Boulos do for a living?

For those of you who are unaware, let us tell you, Michael Boulos is a businessman who was born on August 27, 1997. Just like his fiancée Tiffany Trump, he comes from a famous family. He is the son of Massad Boulos, who runs Boulos Enterprises and is the CEO of SCOA Nigeria. His brother is the performer Farastafari.

As per Crunch Base, Boulos Enterprises is “a distribution and trading company for commercial motorcycle, power bikes, tricycle and outboard motors” which is based in Nigeria. It’s the sole importer and distributor of Suzuki products in the country. It has also been reported by the media outlet that the Boulos family is Lebanese and that Michael was brought up in Lagos, Nigeria. It is a part of the world the president reportedly mocked as a “s—hole” while discussing immigration in the year 2018.

At that time, Donald denied all these reports but he stated that he used some tough language. According to Reuters, at that point, Nigeria said that Trump use such a label and that it was “deeply hurtful, offensive and unacceptable.”

Then, a source told People that Tiffany wasn’t phased about dating someone who was raised in an area her father reportedly mocked. The insider told the publication, “Tiffany’s not keeping her finger on the pulse of that BS.”

How did Tiffany Trump and Michael Boulos meet each other?

Soon after Tiffany and Michael made their relationship official in 2019, a close source told People magazine, that the pair crossed paths for the first time in the summer of 2018 in Mykonos, Greece, at the Mean Girls alum’s beach club. It was the subject of the MTV reality show Lindsay Lohan’s Beach Club.

While having a chat with People magazine at her show’s premiere party, Lindsay downplayed any possible matchmaking role. At that time, she told the media outlet, “I wasn’t there when they met.” The Falling for Christmas actress further added, “I know him … and I know her … but I don’t know what happened.” She explained and stated that she was recently introduced to Michael through mutual friends and she referred to her bond with Tiffany as “friendly.”

Yeah, you read that right. As per a report by Page Six, Tiffany first introduced her beau Michael Boulos to her family and relatives at the Trump family’s Mar-a-Lago Thanksgiving dinner in the year 2018.

At that point, a close source told the media outlet, “Tiffany is happy she has so far been able to keep things with Michael under the radar. But she introduced him to her family at Thanksgiving, and he comes across as a very intelligent young man from a great family.” It seems like since their first meeting, Boulos has spent a lot of quality time with the Trump family. In December 2020, Michael posted a picture of him and Tiffany smiling behind Trump in the Oval Office on the social media platform Instagram.

Over the last couple of years, Boulos has shared many photographs of him with Tiffany and her half-siblings Don. Jr, Ivanka, and Eric. He has also been able to know Tiffany’s mom Marla Maples who is an actress by profession. In the year 2019, Michael was snapped with Tiffany’s mom at New York Fashion Week. In the snaps from the event, the two of them were seated in the front row.

When did Michael Boulos get engaged to Donald Trump’s daughter Tiffany Trump?

Michael Boulos proposed to the love of his life, Tiffany Trump at the White House Rose Garden. In January 2021, she took to social media and wrote a message to her father Donald ahead of his departure from office. And that’s the time, she revealed that she was engaged to her boyfriend Michael Boulos by posting a snap of her and Michael.

At that time, Tiffany wrote, “It has been an honor to celebrate many milestones, historic occasions and create memories with my family here at the White House, none more special than my engagement to my amazing fiancé Michael! Feeling blessed and excited for the next chapter!” 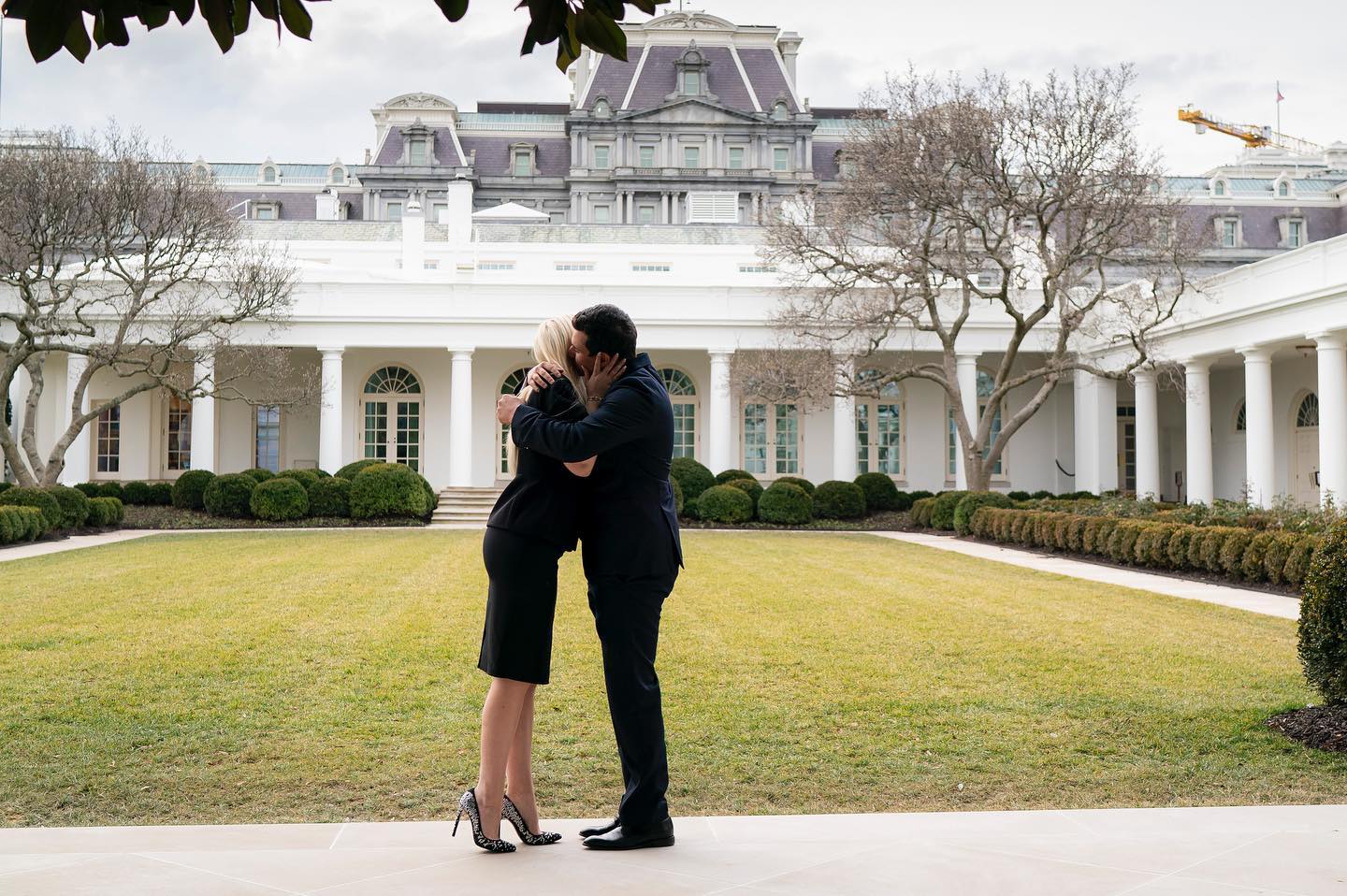 On the other hand, Michael also shared a message on his Instagram page. “Got engaged to the love of my life! Looking forward to our next chapter together,” he wrote alongside the engagement pictures of the pair.

Nearly a year after their engagement, Tiffany shared the photos from the pair’s engagement day on the social media platform Instagram. Michael went down on one knee to propose to Tiffany. “One year down forever to go ♾❤️,” she wrote alongside the series of snaps.

In the first snap, Boulos can be seen on one knee holding a ring box. The second picture showed Tiffany and Boulos hugging each other after she said “yes” to his proposal. He popped the big question with a $1.2-million diamond ring.

Tiffany Trump and her fiancé Michael Boulos live in Miami

According to a report by People magazine, after graduating from Georgetown Law School in May 2020, she and Boulos have been spending time together in Miami. The couple decided to settle down in Miami not far from the Trump family.

In October 2021, a source told the publication, “She and Michael picked Miami because it is so multicultural. They want to marry in Greece and may have a ceremony there with another one here in the States.” We send our best wishes to Donald Trump’s daughter Tiffany Trump and her fiancé Michael Boulos as they are all ready to tie the knot. Don’t forget to stay tuned with us for the latest updates from the world of showbiz.