Who is Jacqueline Dena Guber? Meet Barbara Walters’ Only Daughter

By now we are guessing all of you know, that the veteran news anchor Barbara Walters has passed away at the age of 93. As per a report by ABC News, she took her last breaths at her home in New York City on Friday evening, December 30, 2022. The pioneering TV journalist passed away peacefully in her home surrounded by her loved ones.

Barbara Walters was the first female co-host of the Today show. Up until now, the cause of her death has not been disclosed. She was a trailblazer and she paved a path for herself in the television world. 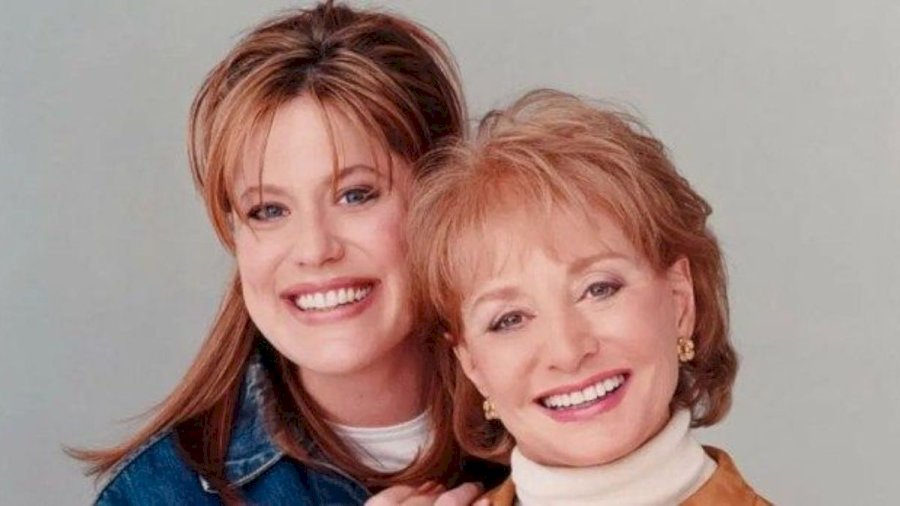 When we put some light on the personal life of the famous journalist, she walked down the aisle a total of four times but only had one daughter from her four marriages. The name of Barbara’s only daughter is Jacqueline Dena Guber. Keep scrolling to get more insights about Walters’s daughter Jacqueline.

Barbara and Lee Guber were married for 13 years from the year 1963 to 1976. In an earlier interview with NBC, Walters disclosed that she suffered around 5 miscarriages during her marriage to her second husband. After 5 years of marriage, Barbara and her then-husband Lee decided to adopt. Their baby girl was born in the year 1968 and the pair named her Jacqueline Dena Guber after Barbara’s elder sister. However, they kept Jacqueline’s adoption a secret.

In a media interview, Walters talked about her decision to keep her daughter’s adoption a secret and went on to say, “In part, because I really didn’t want the biological mother to know that Jackie had been adopted by us.”

Yeah, you read that right. Barbara’s daughter Jacqueline Dena Guber grew up in front of flashing cameras as her mom was a famous TV personality but she found it difficult to keep up with her mom’s fame.

During a 2002 interview with NBC News’ Jane Pauley, Jacqueline spilled the beans on her childhood and stated she felt out of the place. At that time, she said, “I never felt like I fit into her world.”

While being a young teenager, Danforth began cutting her school time in favor of the New York club scene. According to a report by The List, she tried to conceal her pain with meth, Valium, and other drugs. In the year 1985, Jacqueline ran away from her home and hitchhiked 800 miles within a month. At that time, Barbara was agitated but she took the advice of an expert and didn’t get police authorities involved.

Once, Walters got to know about the whereabouts of her daughter Jacqueline, she sent a Green Beret to take Guber to a wilderness intervention program in Idaho. She said, “[T]o send a child away is heartbreaking.” She went on to say, “My baby? My baby’s no longer with me? I have to put her in someone else’s hands? And I did.”

By that time, Guber was ready to get clean. In the same interview, she said, “At that point in my life, for some reason I looked around. And I thought, you know what? This is not a bad thing. If my mom hadn’t called that transport company, I’d have been dead.”

Eventually, Guber shifted to Maine where she tied the knot with wilderness guide Mark Danforth. Soon after, she opened her own wilderness therapy program for teen girls. At the moment, Jacqueline is 54 years old.

Jacqueline Danforth experienced some hard times in her life

Unfortunately, Jacqueline met with some more problems down the road since she and her mom sat down for the interview. Her wilderness therapy program named, New Horizons for Young Women, shut down in the year 2008 after seven years.

Danforth revealed that she was closing her wilderness therapy program on her website. She went on to state that the program was suffering a financial crunch and it could no longer operate. At that time, she wrote, “I have been so fortunate to have gained the most incredible education and relationships from this industry.” According to TMZ, in 2013, Jacqueline was in Naples, Florida, when she was arrested by the cops for DUI. For those of you who are unaware, let us share with you, the term DUI stands for ‘driving under the influence.’

At that point, Jacqueline was not found with her husband Mark Danforth, instead, she was spotted with a man believed to be her new partner. The police report alleges that she acted belligerently toward the officers. Later on, she was released on a $1,000 bond.

Since then, Barbara’s only daughter Jacqueline has stayed away from the spotlight. At the time of the writing, not much is known about her residence, relationship status, or work right now.

Barbara’s first marriage was with Robert Henry Katz. The pair walked down the aisle in the year 1955 and went their separate ways after two years in 1957. Soon after, she moved on in her life with Lee Guber.

The television host tied the knot with her second husband theatrical producer Lee Guber in the year 1976. During the course of their marriage, the pair adopted their daughter Jacqueline Dena Guber. Almost 5 years after her split from Lee, Walters got married to Merv Adelson, the CEO of Lorimar Television. The pair first exchanged their vows in 1981 and then, they called it quits in 1984. They decided to give their relationship another chance and they got married again in 1986 before finally parting ways for good in 1992.

Barbara Walters was a proud mom. Our love and prayers go out to the entire family of the trailblazing news anchor during this tragic time. Don’t forget to stay tuned with us for the latest updates from the world of showbiz.