Who is Brigitte Macron? Everything About Emmanuel Macron’s Wife

We know you all are pretty excited to know Brigitte Macron, the wife of Emmanuel Macron. Read the article further to learn more about the personal and professional life of Brigitte Macron. 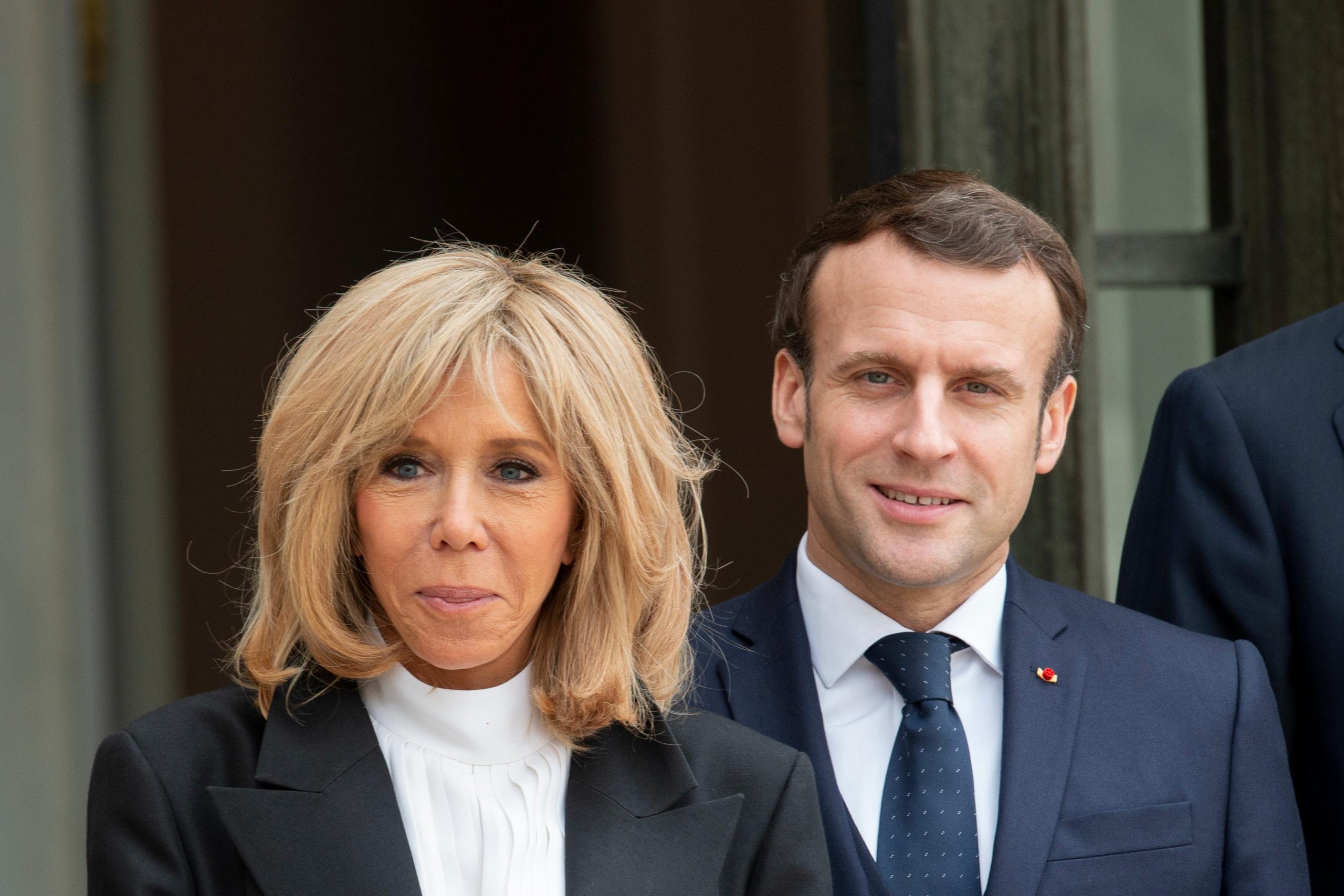 All you need to know about Brigitte Macron

For those of you wondering, Brigitte Marie Claude Macron is a French educator. She is the wife and former teacher of Emmanuel Macron, current President of France. She was born on April 13, 1953, in Amiens, France.

Brigitte has a total of 5 siblings and she is the youngest of them all. She is the daughter of Simone (1910–1998) and Jean Trogneux (1909–1994), who were the owners of the five-generation Chocolaterie Trogneux which saw the light of the day in 1872 in Amiens. Since then, the name of the company has changed, now it is known as Jean Trogneux, and it is run by her nephew Jean-Alexandre Trogneux. 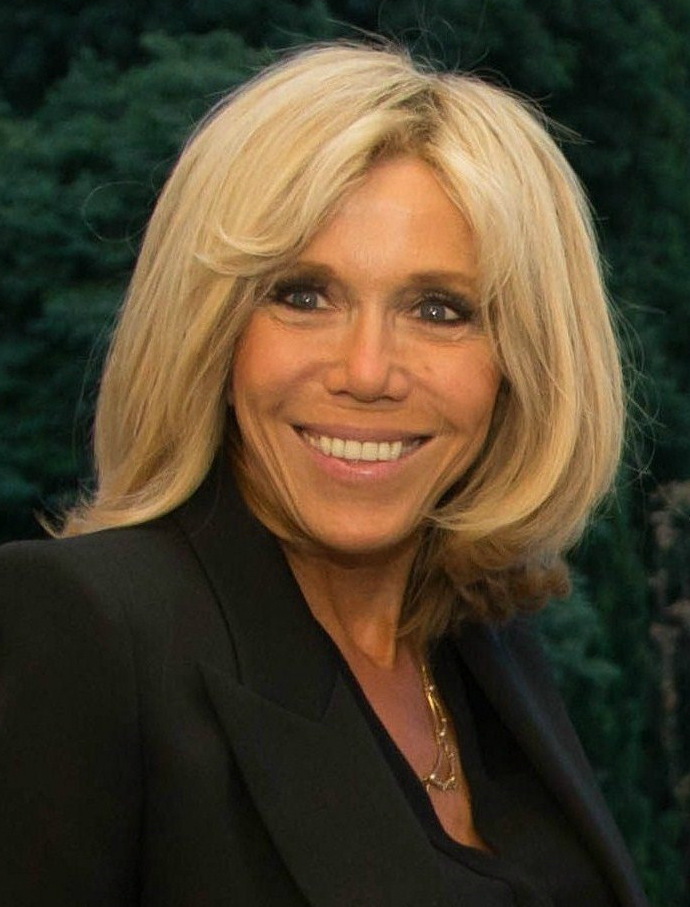 In the early 1980s, Brigitte Auzière, taught literature at the Collège Lucie-Berger in Strasbourg. By the 1990’s she began teaching Latin and French at Lycée la Providence, a Jesuit high school in Amiens.

When did Brigitte meet her husband Emmanuel?

The 69-year-old met her husband Emmanuel for the first time at a high school named  Lycée la Providence in the year 1993. He used to attend her literature lectures. Not only that, but Brigitte was also in charge of the theatre class and he attended that class as well.

When the duo met, Brigitte was 40 and Emmanuel was just 15 years old. Then, she was a teacher whereas he was a student. He was a classmate of her daughter Laurence. 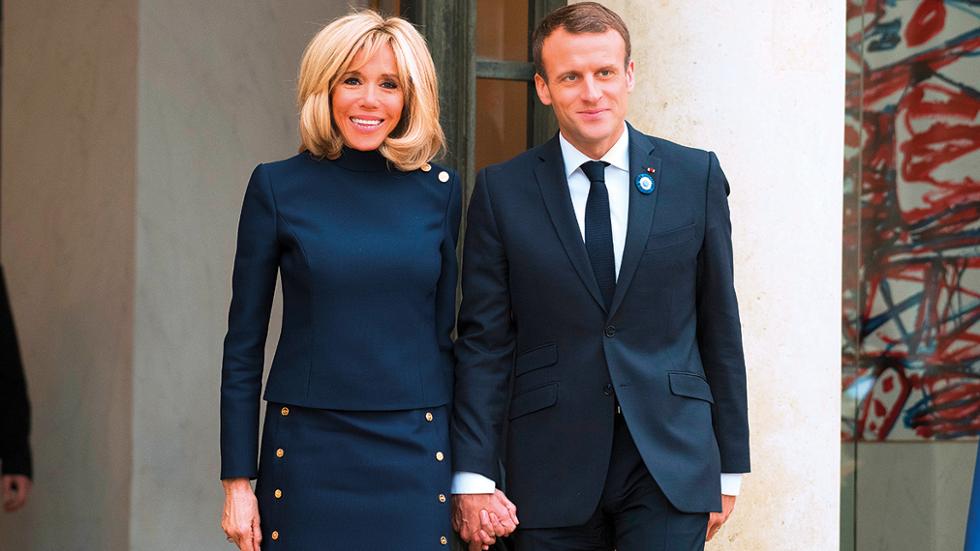 The fairytale romance of these two lovebirds caught the attention of the viewers when they got to know that the duo had a big age gap between them. She is 25 years older than her husband.

Before getting hitched to Emmanuel, Brigitte tied the knot with banker André-Louis Auzière on June 22, 1974. The couple shares three children Sébastien Auzière, an engineer, Laurence Auzière-Jourdan, a cardiologist, and Tiphaine Auzière, a lawyer. Until the year 1991, the pair lived with their kids in Truchtersheim. After that, they moved to Amiens. Brigitte got divorced from André-Louis Auzière in January of 2006. And then, she tied the knot with Emmanuel in October 2007.

What did Emmanuel have to say about the age gap between himself and his wife Brigitte?

During an interaction with Le Parisian, Macron talked about his relationship and the age gap between his wife and himself. He said, “if I had been 20 years older than my wife, nobody would have thought for a single second that I couldn’t be”.

On the other hand, in an interview with Elle France Brigitte said, “There are times in your life where you need to make vital choices. And for me, that was it. So, what has been said over the 20 years, it’s insignificant.” 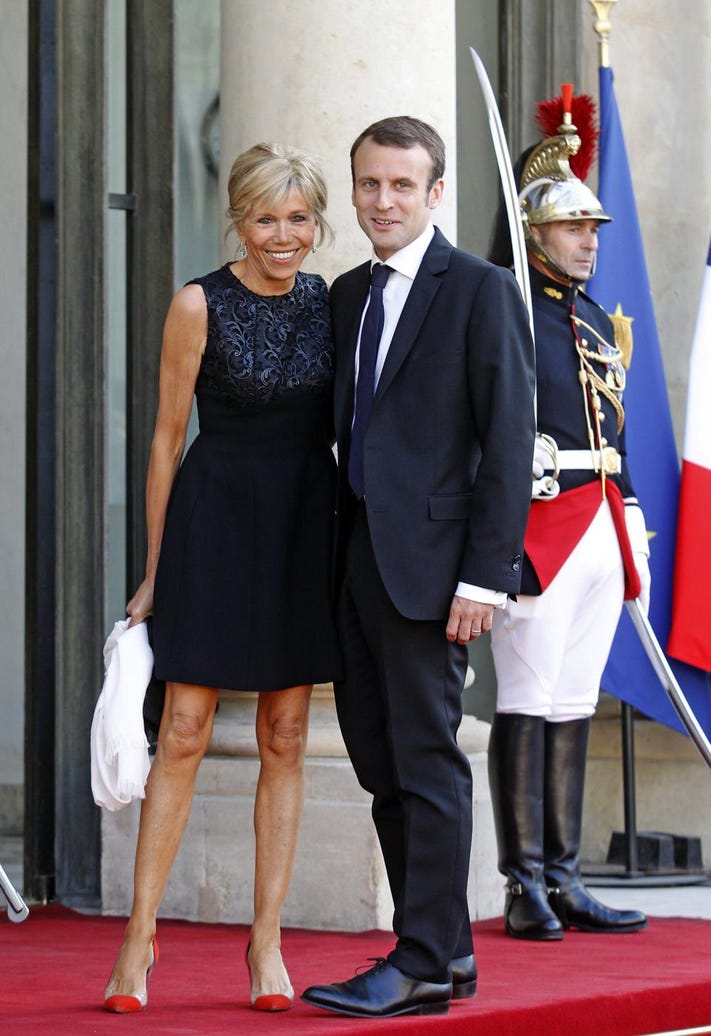 The First Lady of France further added, “Of course, we have breakfast together, me and my wrinkles, him with his youth, but it’s like that. If I did not make that choice, I would have missed out on my life. I had a lot of happiness with my children and, at the same time, felt I had to live ‘this love’ as Prevert used to say, to by fully happy.”

We send our best wishes to Emmanuel Macron as he gets re-elected as the president of France. Don’t forget to stay tuned with us for the latest updates from the world of entertainment.