Who is Barron Trump? Everything About Donald Trump’s Youngest Son

We know you all know that Barron Trump is the youngest child of the former president of U.S. Donald Trump. Read the article further to learn more about his personal and professional life.

All you need to know about Barron Trump

Donald Trump’s youngest child Barron was born on March 20, 2006, in Manhattan, New York, United States. He likes to stay away from the flashing cameras. On most days, he gets spotted out and about in public with his parents. He is fluent in two languages and they are as follows: English and Slovene. 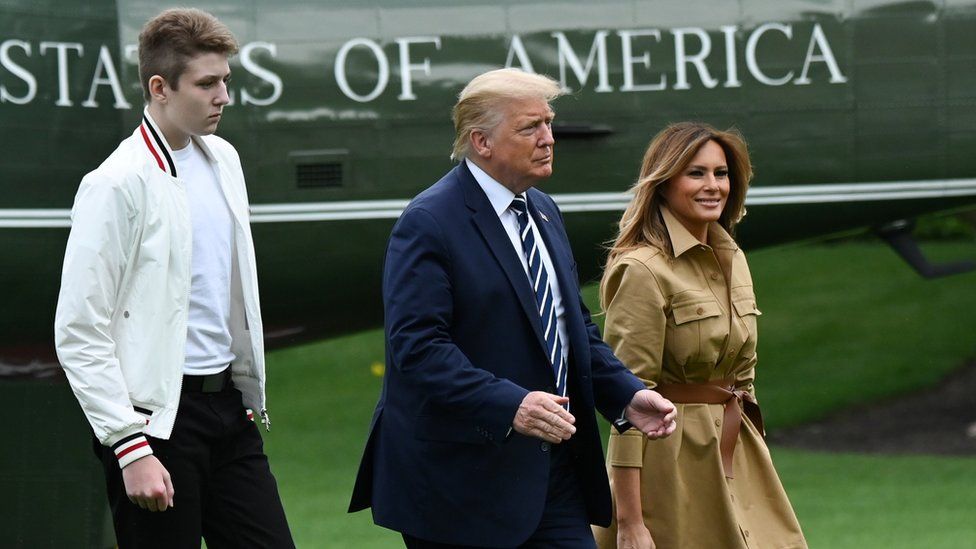 Over the last couple of years, the 16-year-old has been clicked by the paps while he was traveling somewhere with his family. In the year 2018, the Trumps spent their Thanksgiving weekend in Florida at Mar-a-Lago. At that time, when Barron was photographed stepping out of a plane with his mom and dad, he seemed pretty much as tall as his father.

Barron is the first boy to stay in the White House since JFK Jr.

Yes, you heard it right. The presidents before Trump: Obama, Bush, and Clinton were all fathers to girls. However, when we talk about other presidents who have had sons, since JFK’s time they were all adults and they preferred to live outside the White House. Barron made history by becoming the first child of a president who went to St. Andrew’s Episcopal School. Andrew’s is situated in Potomac, Maryland. In the past, each child of a president has attended Sidwell Friends. Previously, his mother Melania also praised the school for “its diverse community and commitment to academic excellence.”

It would not be wrong to say that his main interest is in sports. In November of 2018, the First Lady gave a lecture at the Virginia University which is an institution that was founded by Jerry Falwell in Lynchburg, Virginia that has been crucial in shoring up Donald Trump’s support on the religious right.

The main aim of Melania behind attending the event was to create more awareness about the opioid epidemic as part of her “Be Best” initiative. In the program, she also ended up spilling a few beans about her personal life at the White House as well. 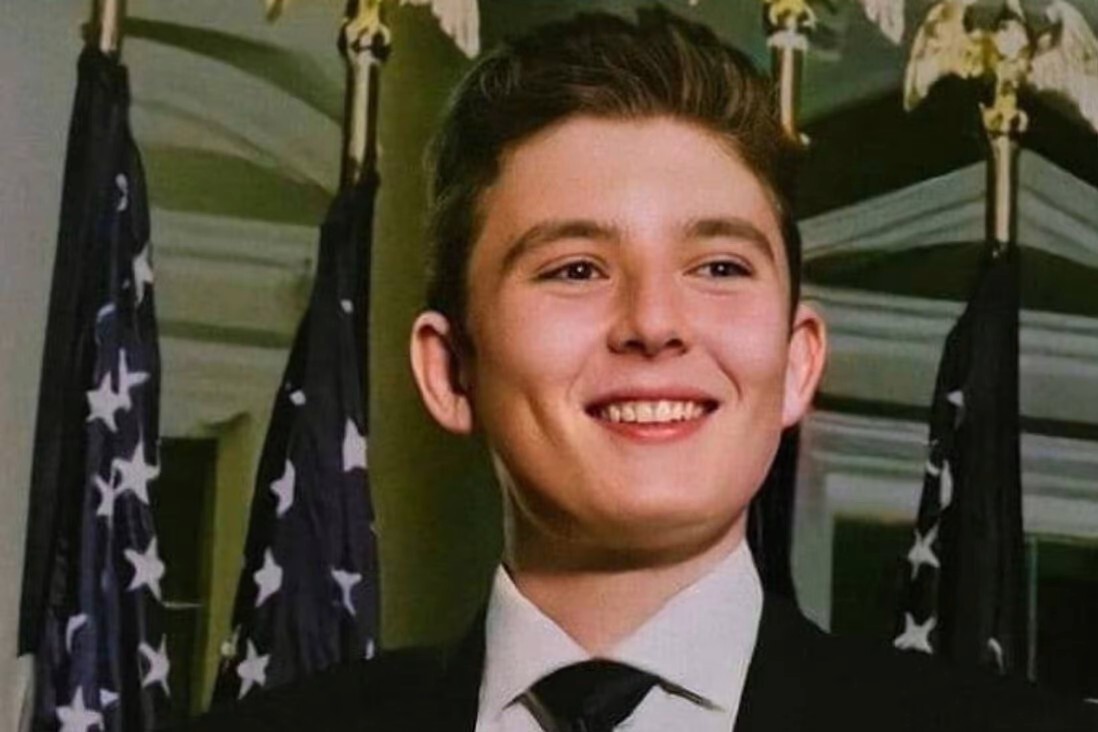 Trump’s wife told everyone that her son Barron is not present on social media. Are you in a shock, cause we are surely in one right now? He is one of those millennials who like enjoying their life away from social media.

Donald Trump stated in a media interaction that he has had a hard time letting his son play football. He said, “I just don’t like the reports that I see coming out having to do with football.” The 75-year-old further added, “I thought the equipment would get better, and it has. The helmets have gotten far better but it hasn’t solved the problem.”

At the moment, Barron is just 16 years old and he is giving a tough competition to his former model mom and dad when it comes to height. He is six foot and seven inches tall which means his height is 200.6 cm. 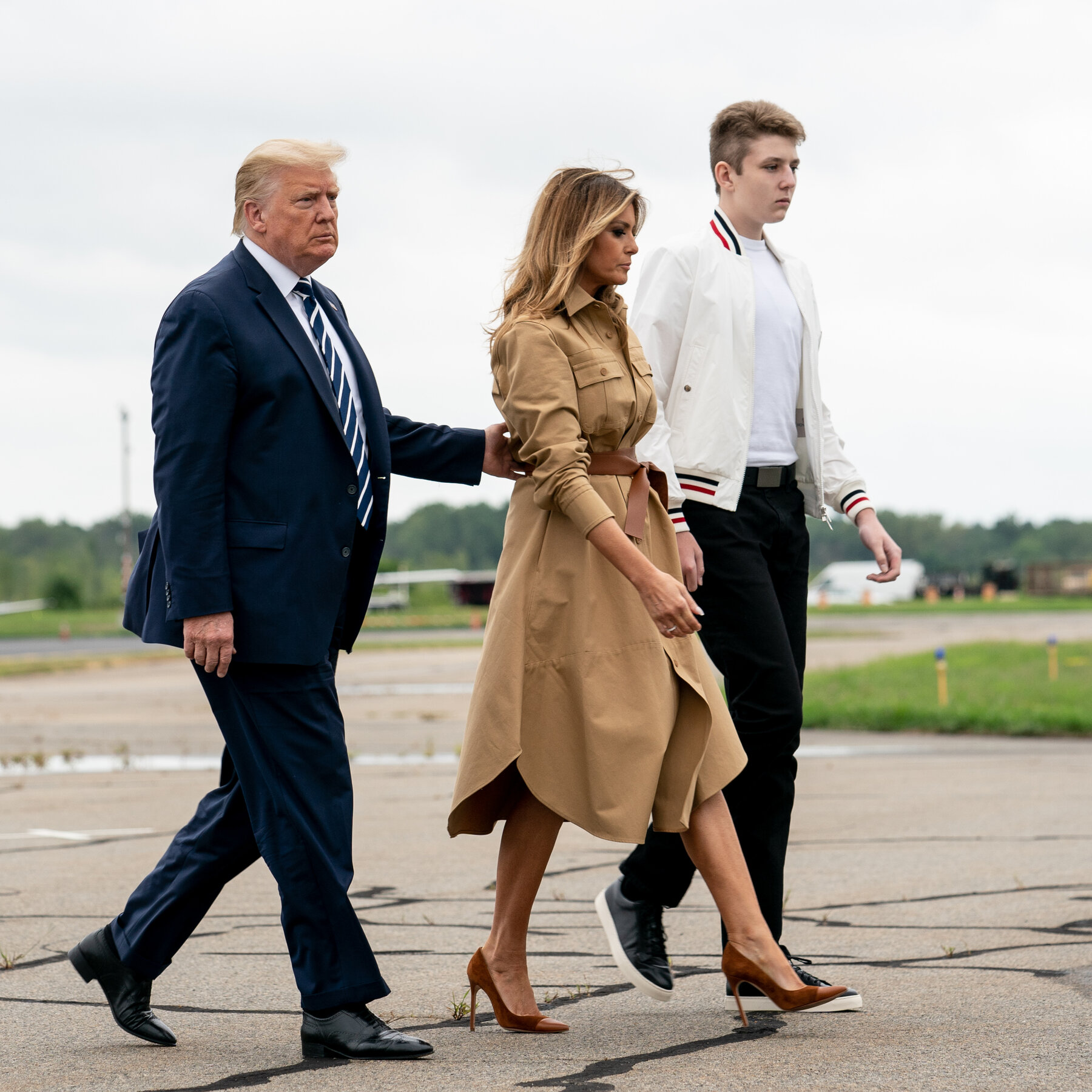 For those of you who are unaware, Donald John Trump is 6’2 and his wife is nearly 5’11 without her ever-present heels. We must say Barron’s height is quite an add-on to his overall personality.

After living with his mom Melania for months in New York City, Barron finally made up his mind to move to Washington, D.C. in June, halfway through the president’s first year in office. The First Lady took to her Twitter to announce the news that she and her son Barron have moved into the White House. She posted a picture on the social media platform.

It looks like the photo was taken out of one of the White House windows of the Washington Monument. She wrote, “Looking forward to the memories we’ll make in our new home! #Movingday” in the tweet.

Looking forward to the memories we'll make in our new home! #Movingday pic.twitter.com/R5DtdV1Hnv

An essay was shared on the official site of the White House by the former First Lady of the United States, Melania Trump that revolved around her and Donald Trump contracting coronavirus, and she also stated that their son Barron also tested positive for Covid-19.

Melania wrote, “It was two weeks ago when I received the diagnosis that so many Americans across our country and the world had already received—I tested positive for COVID-19. To make matters worse, my husband, and our nation’s Commander-in-Chief, received the same news.” 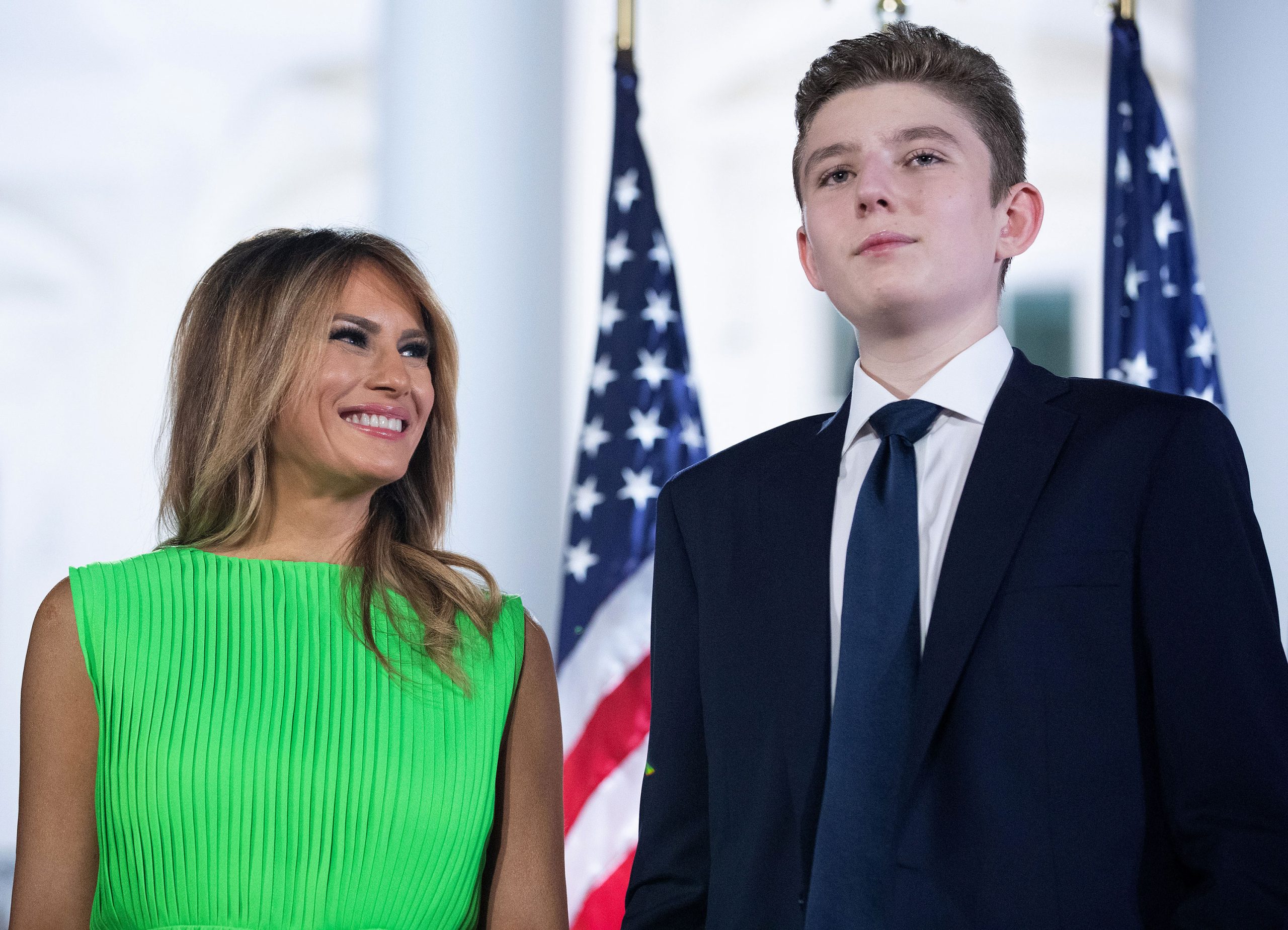 The 51-year-old further added, “Naturally my mind went immediately to our son. To our great relief he tested negative, but again, as so many parents have thought over the past several months, I couldn’t help but think “what about tomorrow or the next day?”.

Melania continued, “My fear came true when he was tested again and it came up positive. Luckily, he is a strong teenager and exhibited no symptoms. In one way I was glad the three of us went through this at the same time so we could take care of one another and spend time together. He has since tested negative.”

At the Conservative Political Action Conference in February, Donald told the audience about his son Barron’s superior technological talent. He explained that his son has even logged into his computer without his permission.

During an interaction, Trump said, “I have a young son, Barron. He can make his computer sing. I turn it off and I lock it, two minutes later, ‘Hi dad how you doing?’ I say, what are you doing. ‘I know how to get it open, dad’.” In September of 2016, while the presidential election debate with Hillary Clinton was going on, Donald said, “I have a son. He’s 10 years old. He has computers. He is so good with these computers, it’s unbelievable.”

We can’t wait to see what Barron Trump does in the times to come. Don’t forget to stay tuned with us for more updates from the world of showbiz.