What Is Croissant Army? TikTok Users Wonder If ‘Croissant Emojis’ Are Spam

Who doesn’t loves a nice croissant with a hot latte? But who knew that a whole new “Croissant Army” would be taking over TikTok? Still confused? A new trend of croissant emojis has taken over TikTok comment sections and some people are still wondering what’s it all about. I am here to help! What Is Croissant Army? Is your ‘croissant’ (if you get the pun) a part of TikTok’s “Croissant Army” too? Well, not just my cousin, my entire family has become a part of their funky trend taking over the video-sharing platform’s comment section. Don’t scratch your heads if you haven’t caught up with what’s up with these “Croissant emojis”.

“Croissant Army” can be understood as a self-assigned title, being given to every TikTok participant of the “operation crumb blast”. Many news outlets reported that this term was created by a TikTok user that goes by the user handle @thesleepyparamedic. As a part of the croissant army, TikTokers are commenting on the croissant emoji on every video on the platform. 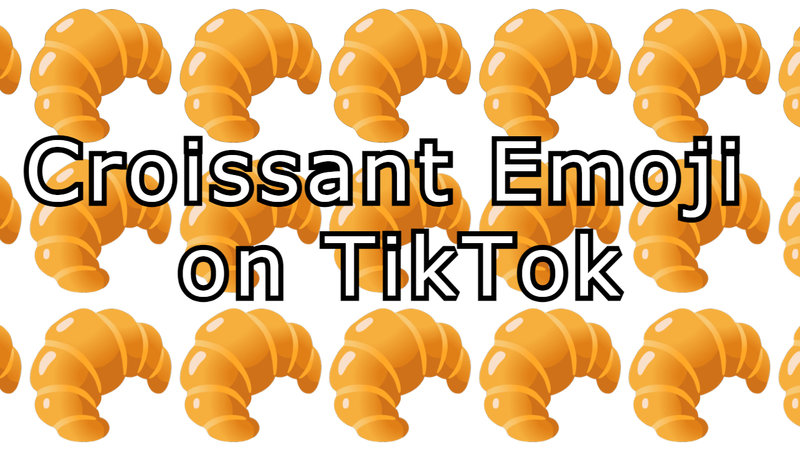 The “Croissant Army” is basically the people who are commenting with croissant emojis. Their job is to comment with a croissant emoji irrespective of the content of the video. In one video, the user can be heard saying, “Every video, regardless of content or maker, needs its croissant today. Let us throw the masses into croissants, cause confusion, and watch society unfold before our eyes.”

It all started when “The Sleepy Paramedic” noticed that one of his followers kept commenting on his upload, but there was a catch. He was commenting with a single croissant emoji. Others followed in their footsteps. This means that the more you comment, the bigger the croissant army grows!

The user started posting such videos directing his “Croissant army” to specific users, such as firefighter @FireDeptChronicles and famous YouTuber, Hank Green. In his latest video, “a cardiac arrest and heart attack are not the same thing”, many participants of the “croissant army” flooded his comment section with just croissant emojis, leaving him confused.

You can connect it with other TikTok spam comments like the recipe for brownies and Nerf Miner. Well, it’s just. an emoji in the comment, and what’s the worst that could happen? However, some TikTokers are finding it a bit irritating while some think they’re being spammed. But again, those who are receiving these emojis are racking up more views on their videos, and that’s a win-win!

Well, the trend has recently picked up at the beginning of 2023 and some TikTokers were confused if these comments were spam from different bot accounts. In this regard, several theories regarding the “croissant army” have resurfaced. But worry not, it’s nothing harmless. So yea, it’s more of a prank, and who doesn’t like a light prank? Have you been a victim of this naughty “Croissant Army”?