The Simpsons producer Al Jean revealed that the show correctly predicted that Donald Trump would run for president in the year 2024. Keep scrolling further to know more about the entire matter. 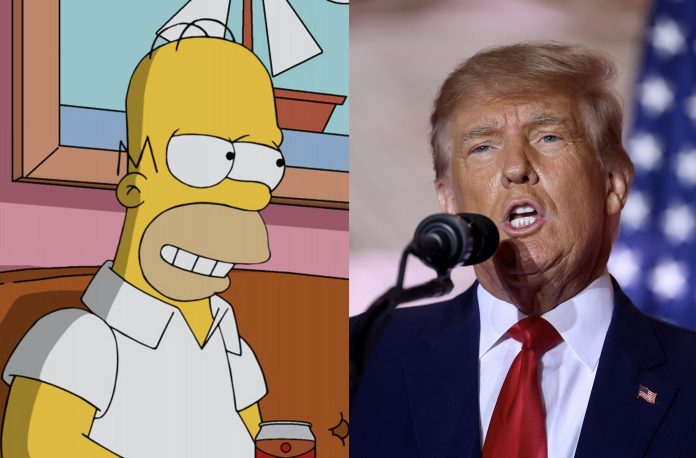 Yeah, you read that right. After Donald Trump’s candidacy announcement, Jean posted a still from a 2015 episode of the animated show The Simpsons on the social networking platform Twitter.

The still showed a flying Homer and a presidential campaign sign that read “Trump 2024”. In that episode of the show, titled Bart To The Future, we can see President Lisa Simpson telling her advisers, “As you know, we’ve inherited quite a budget cut from President Trump.”

.@TheSimpsons As predicted in 2015 pic.twitter.com/BQEbCXAyy2

Jean posted the still from the hit show on the social media platform Twitter. He simply captioned the still, “@TheSimpsons As predicted in 2015.” Soon after, a social media user wrote, “Sooo…how does it end? Cuz id love to know.”

On Tuesday, November 15, 2022, the former President of the United States, Donald Trump confirmed that he would be running for the office for the third time now.

Donald Trump officially announced that he would be running for president in the year 2024 on Tuesday. The former POTUS made the big announcement while giving a speech on November 15, 2022.

For those of you who are unaware, let us tell you, Trump served as the 45th president of the United States between the years 2017 and 2021. And now, Donald has submitted the filing for his second presidential run to the Federal Election Commission on Wednesday. He submitted the filing, a couple of minutes before breaking the news of his candidacy at the Mar-a-Lago hotel in Florida.

Donald started by saying, “I want to thank you all for being here tonight, it’s very special. Those watching are the heart and soul of this incredible movement in the history of the world. America’s comeback starts right now.” Trump further added, “We are a nation in decline. For millions of Americans, the past two years under Joe Biden have been a time of pain, hardship, anxiety and despair.” He continued, “In order to make America great and glorious again, I am tonight announcing my candidacy for president of the United States.”

At the end of his speech, his wife Melania Trump also joined him on the stage. This time, few members of the Trump clan were seen at the event than at his previous events. Ivanka Trump and Donald Jr. skipped the event.

What is your take on Donald Trump running for president in 2024? Do you think Donald will win? Kindly let us know your thoughts in the comments section below. Don’t forget to stay tuned with us for the latest updates from the world of showbiz.