It was just a normal day for Thai YouTuber Phonchanok Srisunaklua, when she decided to capture another nasty video for her viewers. Calling her meal “delicious” in Thai, the social media influencer was seen eating a bowl filled with broth, tomatoes and multiple dead bats. Things turned disgusting when Phonchanok was seen ripping the bat and eating it raw. After posting the disgusting clip, Phonchanok was arrested for “possession of protected wildlife carcasses” and “crimes violating the Computer Crimes Act.” She is facing a 5-year-jail term and a hefty fine. Read on to learn more about this incident.

A Stomach-Churning Clip Of Dead Bats… Thai YouTuber Phonchanok Srisunaklua took her viewers on a nasty ride after she posted a stomach-churning one-minute-40-second clip this week. In the said clip, the YouTuber was seen eating a bowl filled with dead bats in a soup with cherry tomatoes.

According to Phonchanok, she was truly enjoying the dish as she was heard calling the bats “delicious” and comparing them to ‘eating raw meat’. At one point, Phonchanok was seen ripping the bats apart, dipping them in a spicy sauce called Nim Jam, and then devouring them raw.

The footage also shows her holding up a whole bat in front of the camera and telling viewers that it has teeth. After this, she began crunching on the bat’s bones and saying ‘the bones are soft’. Soon after she posted the video, her comment section was filled with comments from disgusted and alarmed viewers. Some even questioned the health implications of eating a bat.

One alarmed viewed connected it with the pandemic, and wrote, “If you’re going to die, die alone. No one will blame you. But you’ll be damned if you start a pandemic.” If you aren’t aware, bats infected with the closest relatives to Sars-Cov-2, which sparked the Covid-19 pandemic, are found in northern Thailand, where she lives. She said she bought the bats from a market near the Laos border. On the said subject, Veterinarian Pattaraphon Manee-on, head of the wildlife health management group at the Department of National Parks, Wildlife and Plant Conservation, expressed his concerns and said, ‘I was shocked to see it in the clip now. Because the incident should not happen both in Thailand and around the world, it is very risky behaviour, especially as bats have a lot of pathogens.”

He also added that there is no proof that immersing them in hot water would actually kill the germs, further expressing that ‘Just touching the saliva, blood, and the skin is considered a risk.’ The clip has now been removed from Phonchanok’s page, and she was arrested after pulling this stunt. 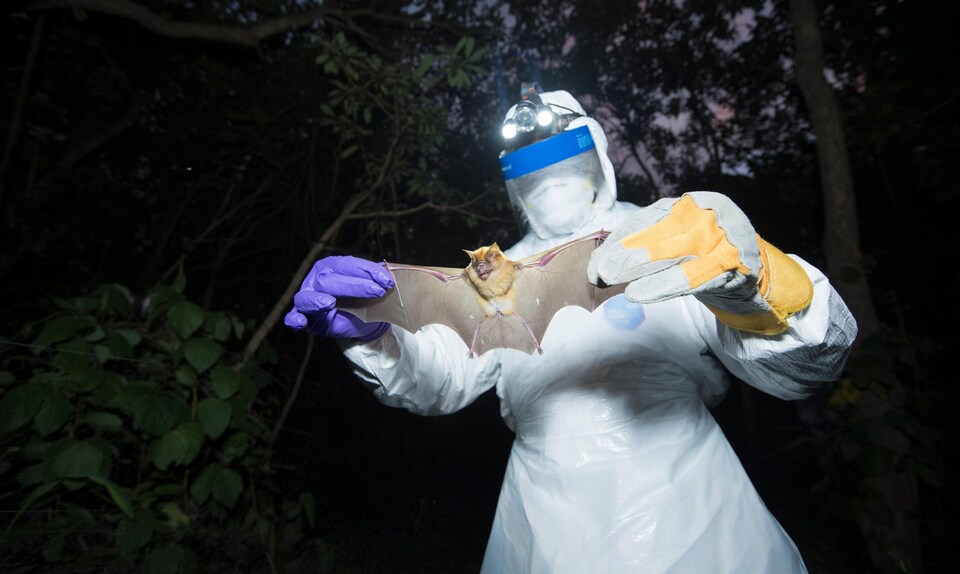 Phonchanok Srisunaklua posted an apology video soon after the clip was taken down, and vowed to never eat bats again. However, it was too late by then. She was arrested by authorities in Thailand for possession of protected wildlife carcasses, and for violating the Computer-Related Crimes Act of 2007. If convicted, she faces up to 5 years behind bars. She also faces a hefty fine of $13,800.

Quick facts, even though bats carry potential viruses, they are considered delicacies in many cultures, especially in China, Vietnam, Indonesia, Palau, Thailand and Guam. However, only a fraction of insect-eating bats are hunted for food, the most common being the fruit bats.

Research reveals that around 167 species of bats are hunted for food or traditional medicine in certain regions like North Africa, Sub-Saharan Africa, Oceania, South America, East Asia, Southeast Asia, and West and Central Asia. What do you think about this video?