So today we are going to explore the relationship between the royals. Continue reading to learn everything about the whirlwind romance of Prince Albert of Monaco and Princess Charlene. 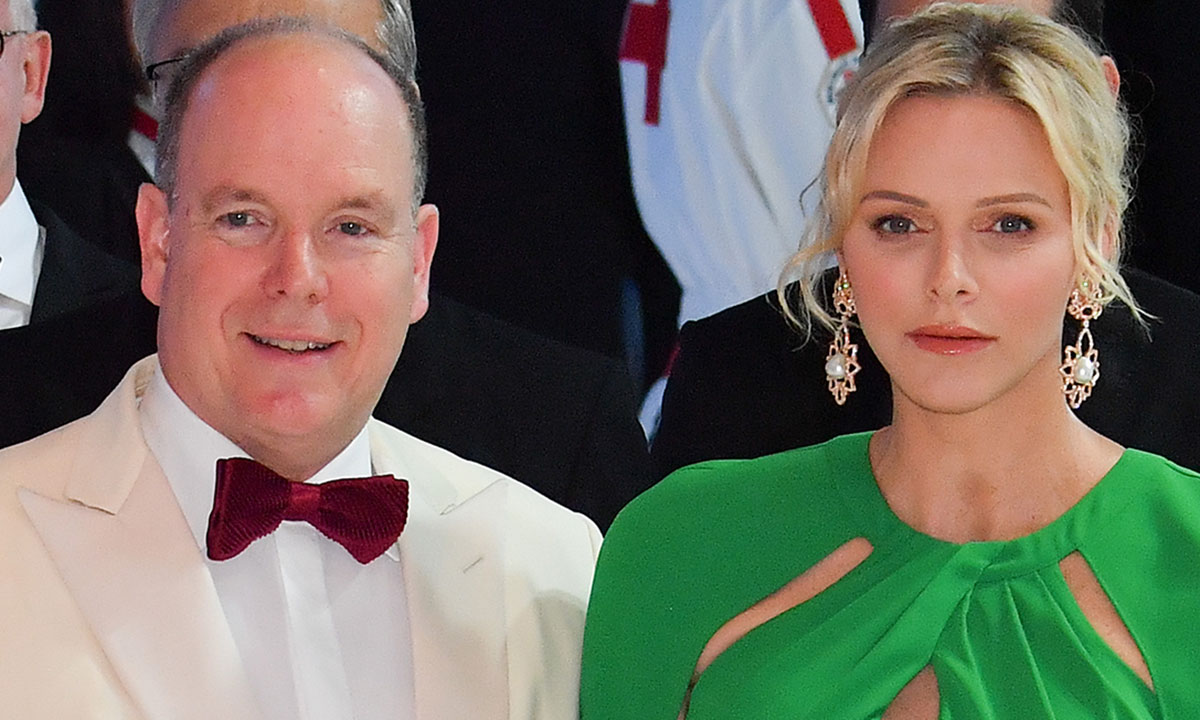 Charlene bagged the gold medal in the swimming competition in the category of 200m backstroke. It seems like the duo surely bonded over their love for the Olympics. Prince Albert had taken part in the winter iteration with Monaco’s bobsled team multiple times. In the early 1990s, Prince Albert was also known as ‘playboy prince.’ He was often seen out and about in public with top models at various events. During his initial days of dating Charlene, he fathered a child with another woman.

The other woman in their love story was an Air France stewardess. They had a son named  Alexandre Grimaldi-Coste. Fresh from coming fifth at the Sydney Olympics, Charlene met her future husband at a swim meet. They crossed paths at the Monte-Carlo International Swimming Meeting in the principality of Mare Nostrum.

At that time, Charlene just didn’t win a gold medal in the backstroke at the swimming event but she found her true love as well. Prince Albert was 42 at that time, while Charlene was 22 years old. These two had one thing in common and that was Olympics. He has also been a member of the International Olympic Committee since 1985.

2005: Prince Albert takes over the throne

Post the death of his father and Grace Kelly’s husband Prince Rainier III at the age of 81 in 2005, Prince Albert was named the regent of Monaco. He was enthroned as the new leader of the principality. In the same year, Prince Albert had his first paternity suit which confirmed that he fathered son Alexandre Grimaldi-Coste with an Air France stewardess named Nicole Coste. It was around that time, that he began to take his relationship with Charlene pretty seriously and he persuaded Charlene to make a move to Monaco.

2006: The royal couple made their public debut

Prince Albert and Charlene made their first official appearance as a couple at the opening ceremony of the 2006 Winter Olympics in Turin, Italy. They managed to keep their relationship under the wraps through the years, as despite dating for many years, they were first clicked by the paps together in 2006.

Later on, during an interview with Vogue, Charlene recalled that moment and said, “Albert put me at ease. It was clear that we shared the same passions; we both became very emotional watching the athletes. Sport is the common denominator of our lives.” From that day forward, Charlene was spotted with Prince Albert at several big royal weddings including Crown Princess Victoria of Sweden as well as Prince William and Kate Middleton’s 2011 ceremony.

Just after a year, another paternity suit came into the spotlight. Prince Albert admitted that he is the father of Jazmin Grimaldi, a daughter he shares with American Tamara Rotolo. The paternity lawsuit was filed by Tamara against the royal in 1992. 2010: The pair announced that they are engaged

Prince Albert and Charlene made the announcement of their engagement on June 23, 2010. They got engaged after dating for nearly a decade. As per the reports, the royal took the blessing of his future father-in-law Michael before popping the question to Charlene with a pear-cut diamond engagement ring. The couple tied the knot in a lavish three-day ceremony in July of 2011. Their wedding celebrations began with a concert by The Eagles on June 30 which was followed by a civil ceremony on July 1 in the Throne Room of the Prince’s Palace and a Roman-Catholic ceremony and reception took place on July 2.

For the civil ceremony, Charlene opted for a custom-made aquamarine Chanel suit while for the main event in church on July 2, she donned a chic off-the-shoulder Armani Privé silk gown adorned with 40,000 Swarovski crystals. Their wedding was a star-studded affair as it was attended by many A-listers including Princess Mary and Prince Frederik as well as Prince Edward and his wife Sophie, Countess of Wessex, along with supermodel Naomi Campbell.

Charlene even got a little emotional on her wedding day and her tears made it to the headlines. Soon afterward, she clarified that she got teary-eyed as many brides do on their wedding day. May 2014: The couple made their pregnancy announcement

After three years of marriage, Prince Albert and Princess Charlene announced in May 2014 that they were expecting their first child together. Later on in October, the royal couple revealed that they were having twins.

December 2014: The pair welcomed their twins into the world The couple gave the public, the first glimpse of their twins by making an appearance on the Palace balcony, waving as they cradled one baby each.

A third paternity suit was filed against Prince Albert in the year 2020. This time, a Brazilian woman filed the lawsuit. She claimed that he is the father of her child, who she conceived while he was in a relationship with Princess Charlene. All these allegations were denied by the side of Prince Albert as well as Princess Charlene. The couple put up a united front forward as Albert’s lawyers stated that all these claims were false. Soon afterward, Princess Charlene sported a punk-pixie crop haircut.

In March of 2021, Princess Charlene traveled solo to South Africa to undertake some conservation work and continue her philanthropy projects there. A few months passed and she still didn’t return to Monaco. Then, the rumors of the royal couple’s split began swirling in the air. Shortly soon, Prince Albert debunked all those rumors. It was announced by the authorities in May 2021 that Princess Charlene suffered complications from an infection she picked up following a previous operation. It was reported that she had a sinus lift and bonus graft performed on her in Europe earlier in the year.

In June, her husband Prince Albert, and her two kids flew to South Africa to see her. Later on, in mid-August, Princess Charlene had to undergo a grueling four-hour operation for a lingering ear, nose, and throat (ENT) infection. 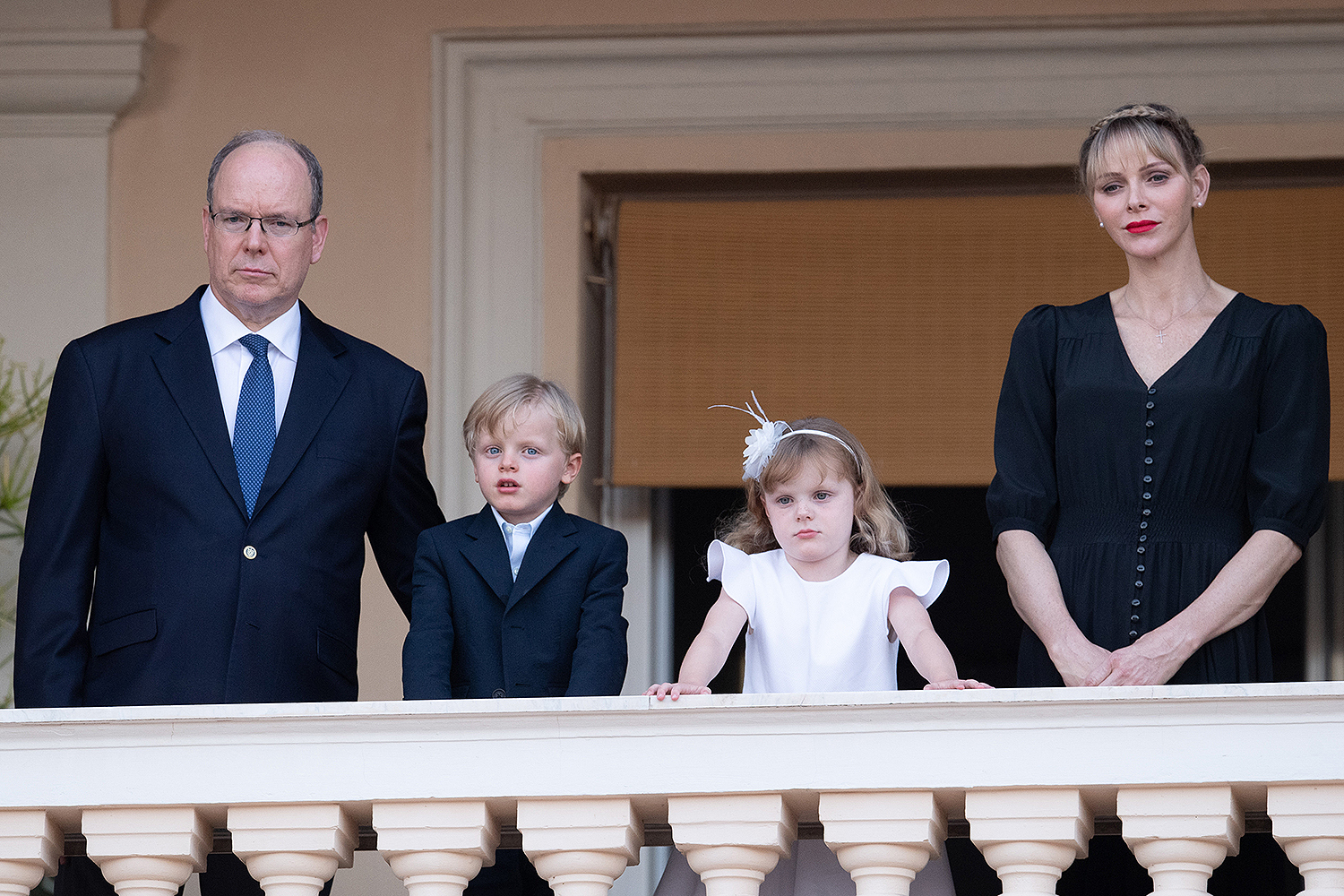 The royal princess was all set to have another correctional procedure but she collapsed before the process began and was immediately rushed to a Durban hospital. She recovered in South Africa till she was fit as a fiddle to fly back to Monaco. She arrived back home at the end of August.

After returning to Monaco, Princess Charlene took to her Instagram and expressed how happy and thrilled she was after reuniting with her family. She wrote, “I am so thrilled to have my family back with me,” in an Instagram post.

In an interaction with the People Magazine in September of 2021, Prince Albert was asked about marriage woe rumors to which he responded, “She didn’t leave Monaco in a huff! She didn’t leave because she was mad at me or at anybody else.” Not long ago, a French magazine named Voici claimed that Prince Albert pays Princess Charlene a total of €12 million to live with him. Whereas the close friends of Prince Albert stated that he does not pay Princess Charlene money to remain by his side. This comes after the royal Princess’s return to the principality after fighting a long illness.

Recently, a close source spilled the beans on the couple’s relationship and told Page Six, “Of course, she has a generous prenup, but Albert doesn’t have to pay her to stay. After being away for so long during her illness, Charlene is so happy to be back with Albert and the kids.” The close source further added, “They spend every weekend at their country place. Albert is fully supportive of Charlene and is also helping her with her charities.”

Did you like the fairytale romance of Prince Albert and Princess Charlene? Do let us know what you think about their love story in the comments section below. Don’t forget to stay tuned with us for the latest updates from the world of showbiz.