Miley Cyrus just had a terrific flying experience. Thanks to the skilled pilot, they were able to make an emergency landing. Miley was travelling to Paraguay with her crew and family when an unexpected storm struck the plane. The 29-year old star was flying to Paraguay to headline the Asunciónico Festival which could not take place previously due to Covid-19 restrictions. She was not alone on the plane. Her entire crew, band, family and friends were too flying with the Wrecking Ball star.

However, the plane struck lightning due to an unexpected storm. The pilot was forced to make an emergency landing considering the safety of everyone. Sigh! Everyone is safe otherwise things could have taken an ugly turn.

We were unfortunately unable to fly into Paraguay. 💔 I LOVE YOU. pic.twitter.com/RxjPmMNdke

The “We Can’t Stop” singer captured a small video during the incident and immediately took to Instagram once they were safely landed. She wrote: “To my fans and everyone worried after hearing about my flight to Asunción. Our plane was caught in a major unexpected storm and struck by lighting. My crew, band, friends and family who were all travelling with me are safe after an emergency landing. We were, unfortunately, unable to fly into Paraguay. 💔 I LOVE YOU.”

Fans flooded her Instagram and Twitter by sending wishes to the Teen Queen and her family. One fan wrote, “Thank God you all are safe.” Another fan wrote, “I’m so sorry about it… I’m in Paraguay rn, but I truly understand. Keep safe! See you in Brazi”.

Asunción witnessed massive flooding yesterday during the opening day of the Asunción Festival. Miley Cyrus was all set to perform along with stars like Doja Cat and Foo Fighters. However, these performances got cancelled following the heavy rainfall.

the concert grounds flooded in paraguay tonight so they cancelled our set…but i just ordered a huge speaker so meet me out front of my hotel right now, youre getting a show

Machine Gun Kelly took to Twitter and dazzled its fans with a small performance outside their hotel. The rapper tweeted, “The concert grounds flooded in Paraguay tonight so they cancelled our set… but I just ordered a huge speaker so meet me out front of my hotel right now, you’re getting a show.” Kelly does know how to cheer his fans. 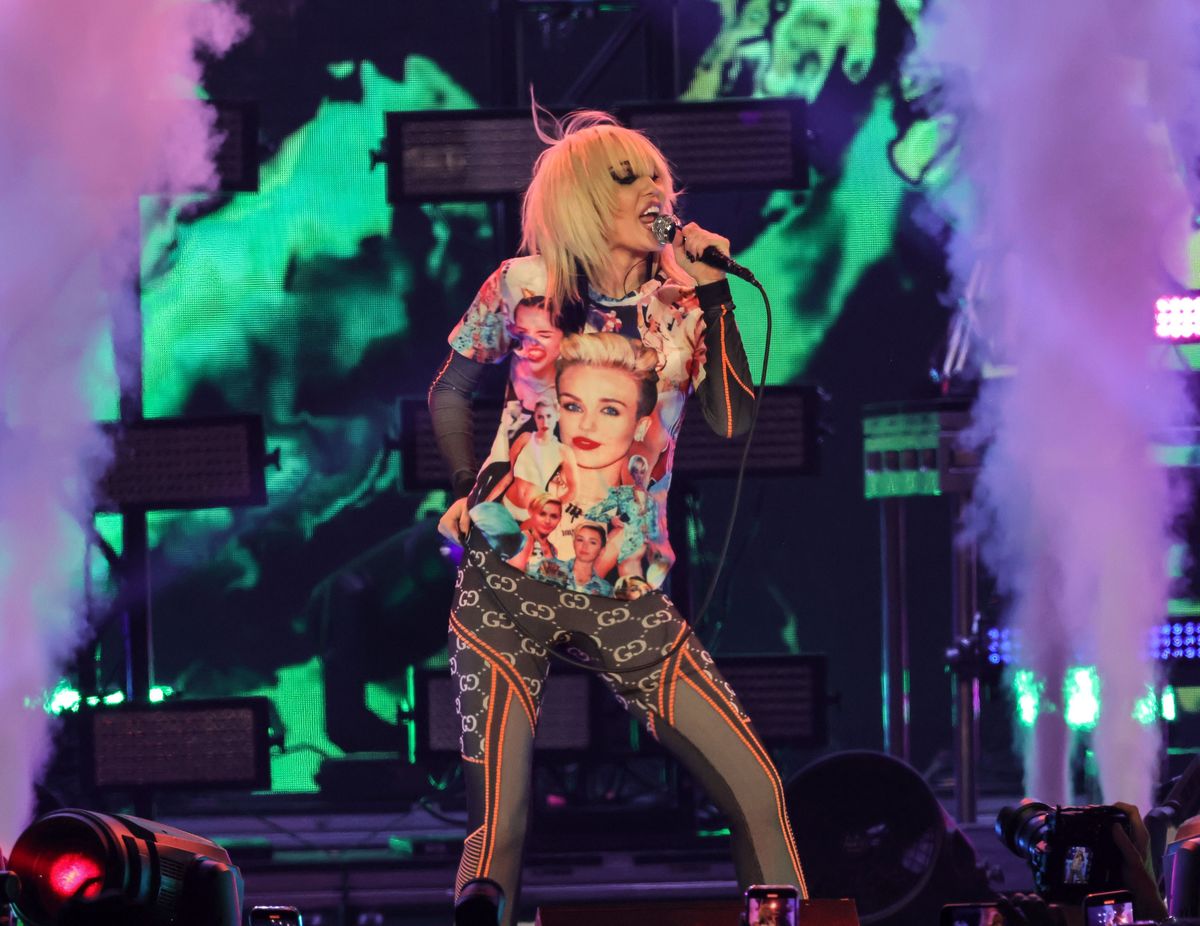 At the moment, it’s a relief that Miley Cyrus and her family are safe and sound. The Hannah Montana star is the name behind shaping the 2000s teen pop culture. She was called the Madonna of her generation by the Guardian in 2015. Cyrus just survived a tragic crash. What do you think about this incident?