Maison DesChamps, an anti-choice protester also known as “Pro-Life Spiderman” was arrested by police officials on 3rd May after free climbing to the top of Salesforce Tower. The 22-year-old boy has accomplished this phenomenal task without using any safety rope. 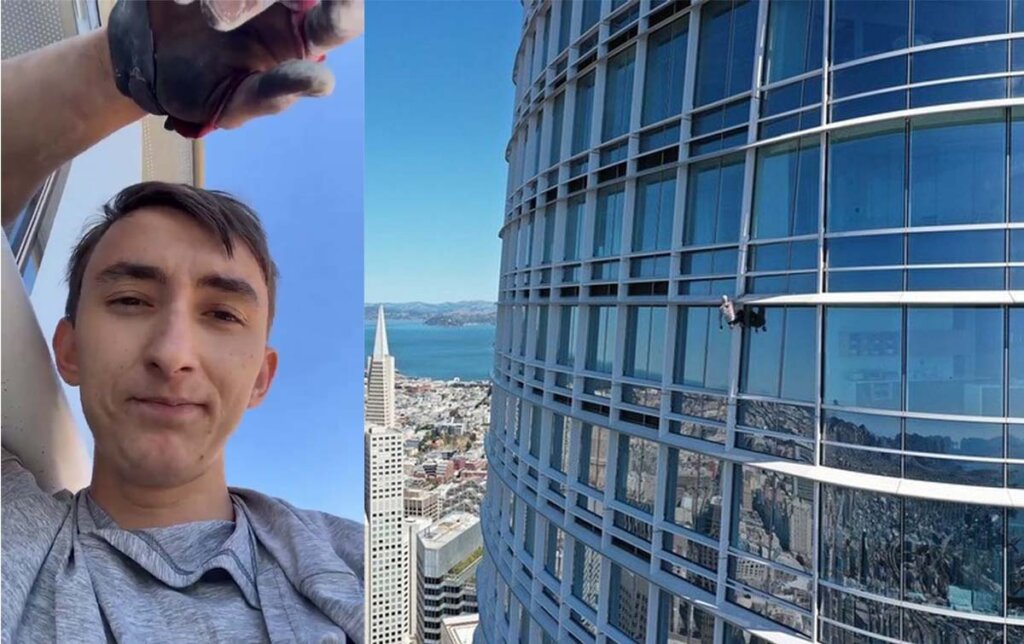 The video clip of Maison climbing the tower has been breaking the internet and also was trending on Twitter. His stunt was first noticed at around 9:21 AM local time on Tuesday. Immediately the police came and arrested him.

Maison DesChamps climbs the Salesforce tower to protest against abortion 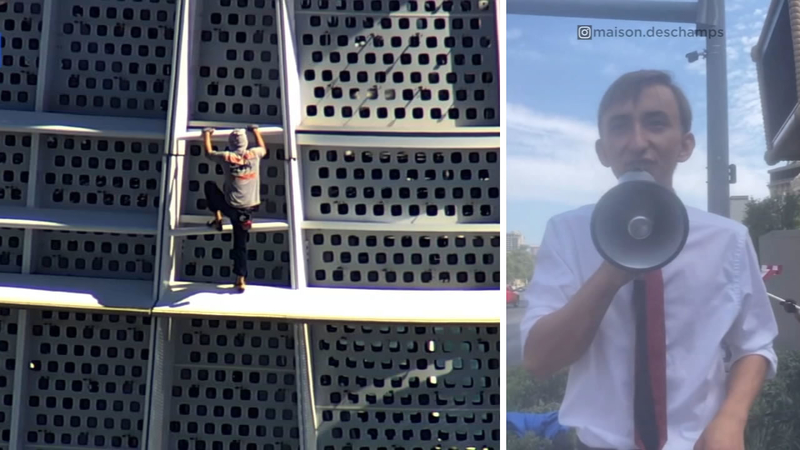 The anti-abortion activist said he did this risky stunt to help raise $1 million to help the cause of saving lives and anti-abortion charities. However, there is no official confirmation yet about how much money has been raised so far.

DesChamps started from Las Vegas and reached the sales force office on early Tuesday morning and started climbing around 9 AM local time.

When a journalist asked him, “At any point did you regret doing it?”. He replied stating that “No… it was fun. I’d do it again.”

The journalist asked, “Were you scared?” to which Deschamps said, “No…I cut my feet which means bringing your feet off the wall and I hung one off one hand to show off a little bit ya know? I wanted to post some videos so they would get out while I was in jail.”

He added, “These doctors are literally killing these babies on the table and leaving them out to die. We’re not trying to yell at women who want to have an abortion, we don’t want to blame them… we just want to let them know there are other options. I don’t have any regrets. We’re sending a message”.

As Maison DesChamps climbs the 1,070-feet tower, people are getting curious to know his whereabouts. Here is all that you need to know about the anti-abortion activist. Keep scrolling! 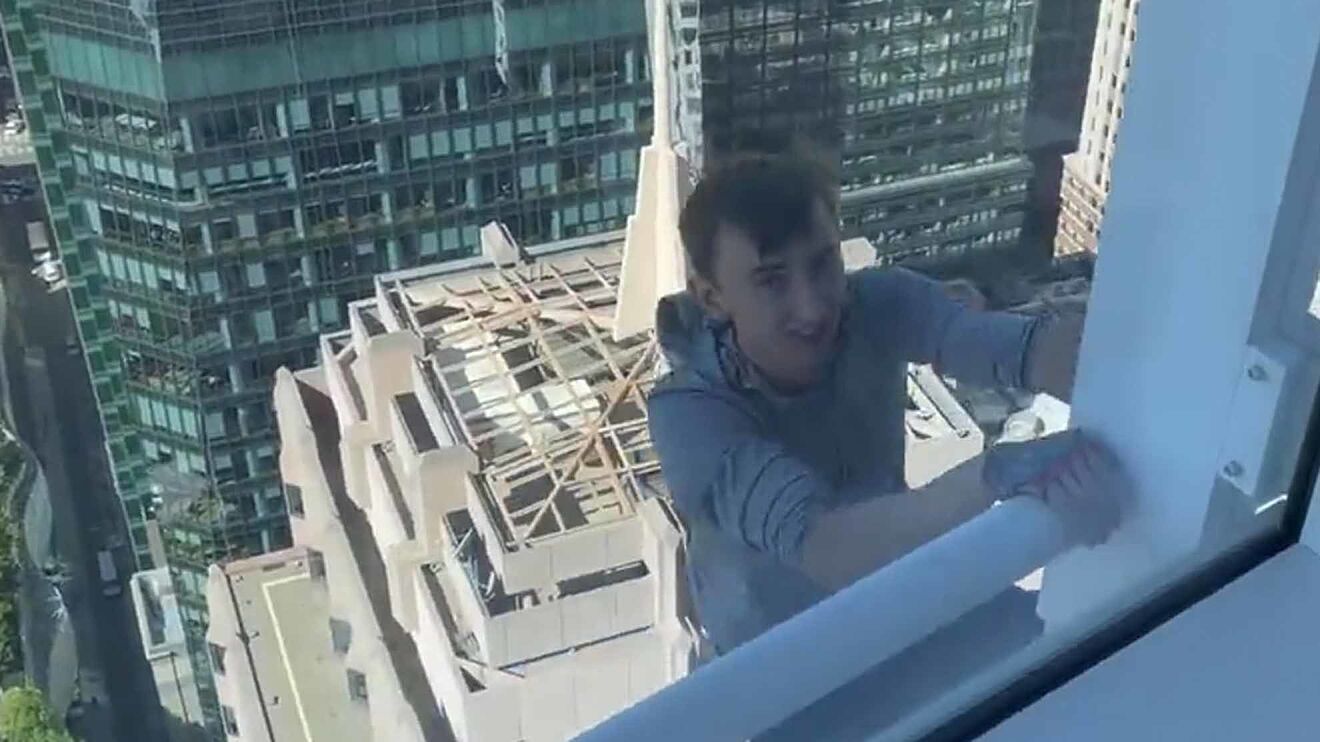 Maison DesChamps is a rock climber, an anti-choice protester who calls himself as a pro-life activist. According to his website, he disclosed that he began climbing skyscrapers to support his cause very recently.

He is presently enrolled at the University of Nevada, Las Vegas studying Finance. He began rock climbing when he was 16 years old.

Maison is active on Instagram and has more than 4000 followers on Instagram. He posted pics and videos of his recent Salesforce tower climb.

This is not the first time that Maison has done such a daring and risky stunt. He climbed the Fisher Towers in Utah, Red Rocks in Colorado, and giant rocks in Yosemite, California according to information available on his Instagram handle albeit with a safety rope.

This time it is very different as he climbed the tallest skyscraper in California without any safety measures. He also disclosed that he climbed the Aria Hotel in Las Vegas, Nevada one year back. 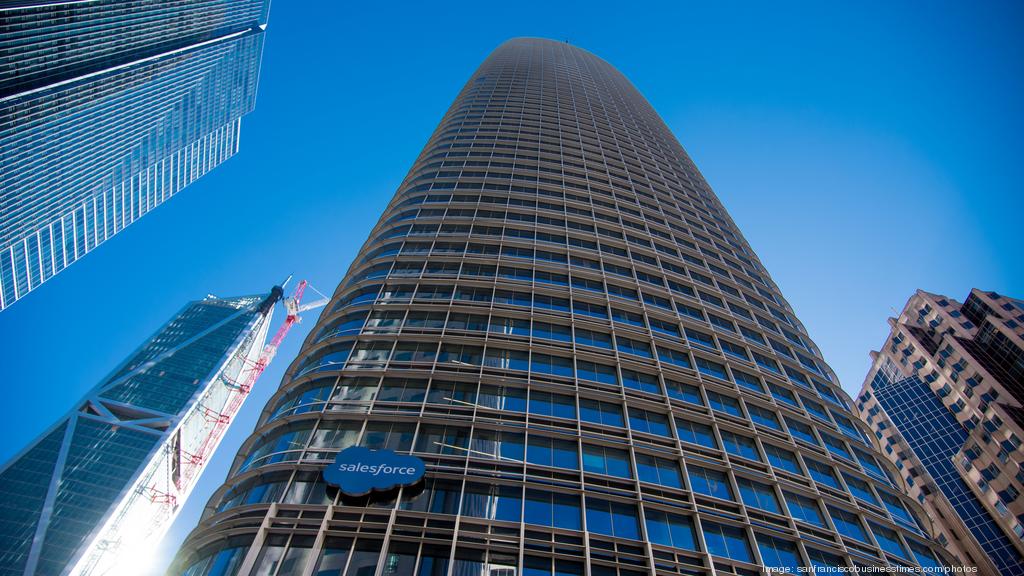 What are your thoughts on this risky stunt of Maison DesChamps? Share in our comments section below. Also, stay connected for more interesting articles like this!