Édgar Valdez Villarreal who is well-known by the name La Barbie is not listed under United States federal custody. According to the database records of US BOP, he is supposed to serve his sentence till the year 2056.

The Mexican Attorney General’s Office and Secretariat of Foreign Affairs have told EL PAÍS that they also have “no knowledge of La Barbie’s legal situation”. Keep scrolling further to know more about La Barbie. Yeah, you read that right. As per a report by El PAÍS, the Texas-born drug lord who was awarded a prison sentence of a total of 49 years in the year 2018, does not appear in the US Bureau of Prisons custody. The spokesperson for the agency went on to say, “We do not provide specific information about the status of prisoners who are not in the custody of the Bureau of Prisons for security or privacy reasons.”

Here’s all you need to know about La Barbie

La Barbie is a Mexican-American former drug lord. He was born on August 11, 1973, in Laredo, Texas. In addition to this, he is also the high-ranking lieutenant of the now-disbanded Beltrán Leyva Cartel, a drug cartel, and organized crime syndicate.

It has been reported that La Barbie was very popular during his high school days. He bagged his infamous nickname around the same time. His football coach named him La Barbie because he resembled a Ken doll with his blond hair and blue eyes. The police authorities arrested the drug lord for the first time when he was merely 19 years old. He was charged with criminally negligent homicide for running over a middle-school counselor with his truck while speeding, although he was not indicted.

The cops caught the drug lord in 2010

Over the years, La Barbie turned into a street drug dealer. At that point in time, he was still a linebacker on the football team at Laredo United high school. During his trial, the prosecutors said that he “climbed the ranks to become a high-ranking member of the Beltran Leyva gang.”

This was stated during the era when the gang’s leaders were linked with Joaquin “El Chapo” Guzman and the Sinaloa Cartel. La Barbie was arrested by the Mexican police in August 2010. He was one of the 13 people who were captured by the police authorities and extradited to the US from Mexico in September 2015 to face charges. In June 2018, he was sentenced to 49 years in a US federal prison. 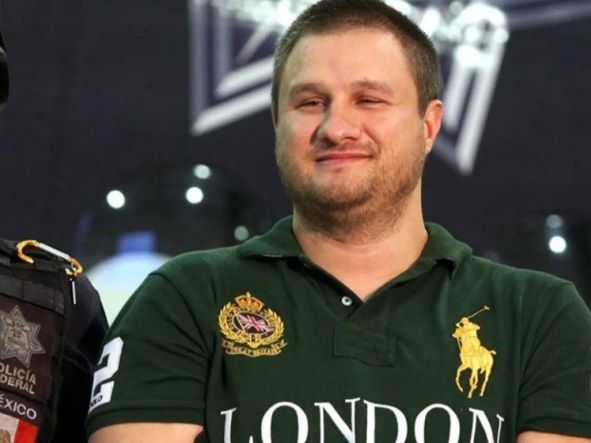 What is your take on La Barbie? Kindly let us know your thoughts on the drug lord in the comments section below. Don’t forget to stay tuned with us for the latest updates from the world of showbiz.