Italian-American actress Julia Fox previously took a dig at Johnny Depp, stating he is controlling Amber Heard’s life. Now, the 32-year-old star has revealed the reason behind supporting the “Aquaman” actress after Depp Vs. Heard trial. During her appearance on “High Low with EmRata”, Fox stated that “abuse is so insidious and sometimes you don’t even know you’re being abused”, also throwing light on other women’s rights issues. None Of Us Are Safe… 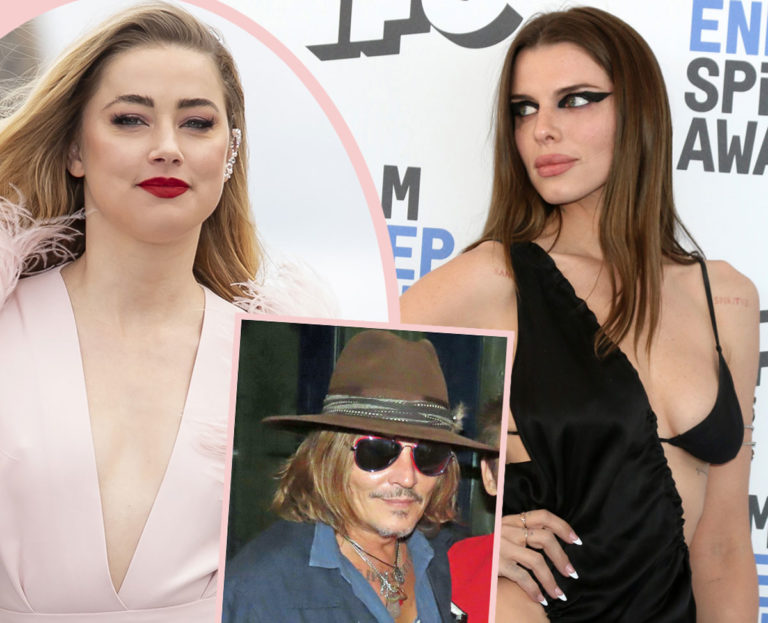 Despite the verdict in Depp Vs. Heard trial, Julia Fox continues to show her support for Amber Heard. During a recent episode of Emily Ratajkowski’s podcast, “High Low with EmRata”, Julia was asked about the backlash Julia faced after her comment in support of Heard. She was also asked about her stance on the domestic abuse surrounding Heard and Depp.

Emily complimented Fox for supporting Heard during the time when the world stood against her. On this, the 32-year-old actress stated that “I feel like there is a little movement on TikTok where, after all the documents were released and people really read everything and read his assistant, or his manager’s testimony — I feel like there was kind of like a backtrack, but still the damage is done.”

Fox added that she did have to say something because if it could happen to a person like Amber, who is a “white, blonde, beautiful, successful actress” because people say she had no career before but she did. “She had over ten movies I think. So, it could really happen to — none of us are safe,” she emphasised. Carrying their conversation, Emily and Fox further discussed other women’s rights issues like the ongoing chaos in Iran following Mahsa Amini’s death and the recent overturning of Roe V. Wade, taking away the right to abortion from many American women.

Fox revealed that she felt compelled to say something. “I was like ‘Yeah, you guys are making comments but you don’t realize this is gonna damage women, all of humanity. All of the women in the world are gonna suffer from this.”

When Ratajkowski posed a question regarding coming out to describe abuse, Fox mentioned that it’s hard to prove them because “abuse is so insidious and sometimes you don’t even know you’re being abused”. She continued, “And sometimes you’re being abused but you don’t wanna see yourself as a victim so you try to be tough and fight back so then it can be like ‘Oh but no we fight each other.’

Bitch, you know he whoops your f—in ass. Like stop. I only know because I’ve been there,” she continued while expressing that she believes such things due to her own harsh experiences.

If you’re not aware, during Johnny Depp’s trial against Amber, Fox openly supported Amber Heard, stating that even though Amber may have hit Depp, it won’t be considered as abuse. After her comments, she faced massive backlash on Twitter. Julia Fox is one of the few celebrities who supported Heard during the six-week-long defamation trial, wherein Johnny came out victorious.