With Tesla’s owner taking command of Twitter, the social media site’s credibility continues to hit hard amid fake news and fake accounts seizing on the chaos. After athletes like LeBron James became a victim of fake “blue tick” accounts, “The Tonight Show” host Jimmy Fallon was declared dead on Twitter. Fallon has come forward and called out Elon Musk to help take down #RIPJimmyFallon, which is trending on Twitter. 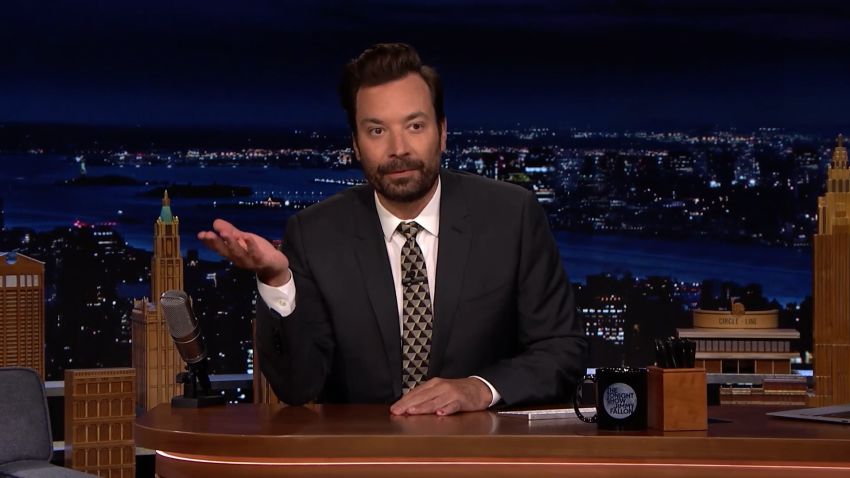 Jimmy Fallon is very much alive and continues to dazzle the world with his humor. The “Tonight Show” host became a victim of fake news after a scurrilous hashtag, #RIPJimmyFallon, started doing rounds on Twitter, Tuesday (Nov. 15) night.

Rumors of his death started surfacing on Twitter, after a fake Twitter Post, which read: “It is with heavy hearts we announce the passing of a late-night legend, husband, and father of two, Jimmy Fallon. 1923-2022.” It was also stated that he passed away from ligma.

Another tweeted, “I’m crying right now, I lost a close friend to ligma last year and it still hurts. Keeping Jimmy Fallon’s friends and family in my prayers. He’s in a better place now.” Jimmy Fallon trending because meme posters are saying he died of “ligma” and Trump filing for reelection reaction? Twitter does still feel like Twitter,” said another.

A third tweet read: Bro I came on Twitter and thought Jimmy Fallon died and it was ligma joke” One Korean user tweeted, “This came up as a hashtag, so I was taken aback. Really. Oh, it’s funny. Because Melon Musk fired all the people in the information confirmation department, now fake news can hit the market, so this hashtag. Oh, it’s funny real #RIPJimmyFallon.”

‘Can You Fix This Elon,’ Asks Jimmy News outlets debunked the post as it stated his birth year to be 1923 whereas he was actually born in 1974. If the post was true, Jimmy would have been 99 years old now. However, many fell victim to this fake news, and #RIPJimmyFallon started trending all over social media.

Jimmy Fallon, however, came forward to confirm that he is very much alive and called out Elon Musk on Twitter to fix the situation. Fallon tweeted, “Elon, can you fix this? #RIPJimmyFallon.” Musk, who has taken a highly personal approach to content moderation since he took over Twitter, hasn’t responded to Jimmy’s tweet yet. In fact, the fake death tweets are still circulating on Twitter, and haven’t been taken down yet.

Since Elon Musk took over Twitter, many celebrities have already deactivated that account, stating that the present and future of this social media site are in danger. Out of the many controversial changes proposed by the world’s richest man, one such policy of “Twitter Blue” has led to many fake accounts seizing on the chaos. The proposal ironically creates more inauthenticity and harms the credibility of Twitter.

Fake accounts and fake news have become a common affair amid Elon’s content moderation. Last week, an account using the name and logo of the pharmaceutical giant Eli Lilly and Co. with a blue “verified” checkmark tweeted, “We are excited to announce insulin is free now.”

The fake tweet led the company’s stock massively fall from $368 a share to $346 a share, which “reportedly erased billions in market cap.” What to believe and what not to believe, is the question to ask right now. What do you think about Twitter’s credibility amid Elon’s “Twitter blue” proposal?