Hollywood actor Jeremy Renner is back home from the hospital after a scary accident! The Avengers: Endgame star recently shared an update on the social networking platform Twitter.

For those of you who are unaware, let us share with you, Renner was rushed to the hospital on New Year’s Eve Day after he suffered several injuries in a snowplow accident. Read on to find out how is Jeremy feeling at the moment. 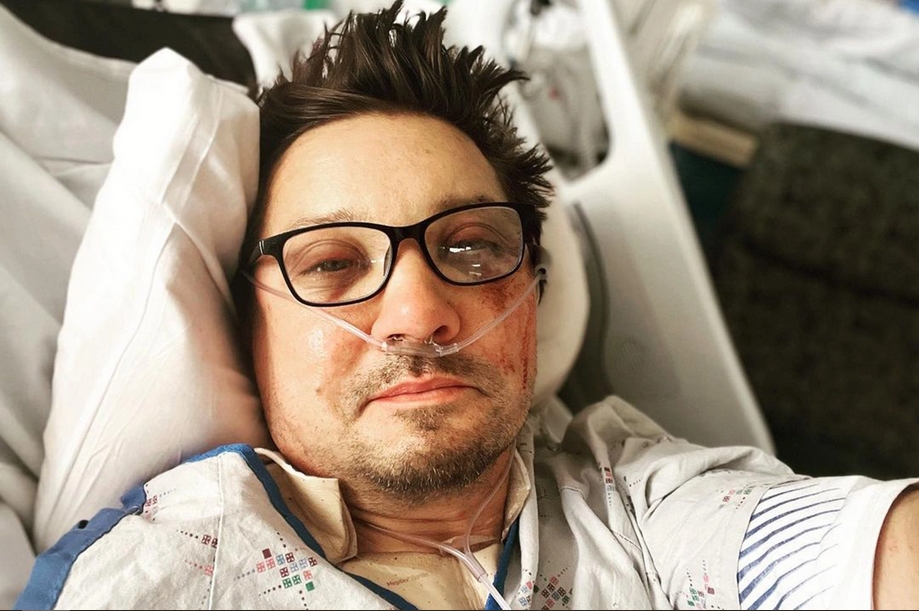 Renner has shared that he’s on his road to recovery! On January 17, 2023, the Marvel star took to his Twitter page to share an update with his fans all over the world. He revealed that he has been discharged from the hospital more than two weeks after he got injured in a snowplow accident.

In a January 17 tweet, Jeremy stated that he watched the season two premiere of his show Mayor of Kingstown with his family at home. He tweeted, “Outside my brain fog in recovery, I was very excited to watch episode 201 with my family at home.”

Outside my brain fog in recovery, I was very excited to watch episode 201 with my family at home 🙏❤️🙏

Nearly a couple of hours before, the 28 Weeks Later actor shared on his Instagram Stories, that he was missing his “happy place,” and sent a message to his fans about weather conditions.

At that point, Jeremy posted a photo of the snowy area near his home on social media. He simply captioned the picture, “It’s a rough ride over the pass. Be safe out there Reno/Tahoe.”

His messages saw the light of day more than a week after he posted a photo of himself in a hospital bed. Then, he offered a token of thanks to the medical staff for their support.  “Thank you Renowned Medical ICU team for beginning this journey,” he wrote in the caption of the post.

As per various reports, on January 1, 2023, the Hawkeye star got injured by the snowplow while clearing a driveway near his Nevada home. As a result of the accident, he suffered blunt chest trauma and orthopedic injuries and had to undergo surgery.

Since his accident, Jeremy has been keeping his fans updated regarding his progress via various social media platforms such as Instagram as well as Twitter. When we talk about his first post after hospitalization it’s was all about thanking everyone for their love and support. In a January 4 post, the Hollywood actor wrote, “Thank you all for your kind words. Im too messed up now to type. But I send love to you all.” Then, many celebs stopped by the comments section of his Instagram post to send their wishes for a quick recovery of the actor.

We hope Jeremy Renner gets better soon. You can drop your good wishes for the Hollywood actor in the comments section below. Don’t forget to stay tuned with us for the latest updates from the world of showbiz.