Zeus, a two-year-old grey and brown American Great Dane has created a world record by registering his name in the Guinness book of world records as the world’s tallest dog (male). He is standing tall at 1.046 metres and hails from Bedford, Texas, USA.

The announcement was made by Guinness World Records on 4th May that Zeus is the tallest living canine on this planet and now holds the record for tallest dog living (male). The two-year-old Great Dane is living life as the world's tallest dog! pic.twitter.com/IT7GTwt2nO

Brittany Davis always had a dream to own Great Dane ever since she was a young teenager. Zeus’ dog mom Brittany Davis confirmed to the Guinness World Records that finally her dream came true as her brother gifted her an eight-week-old Great Dane puppy.

“Zeus has absolutely changed our family. He brings so much joy. He is such a loving, loving dog. He’s been a big dog since we got him, even for a puppy. He had huge paws. At first, we were nervous about having such a large dog. but we fell in love with him and here we are!”, Davis disclosed in a press release.

Other interesting facts about Zeus 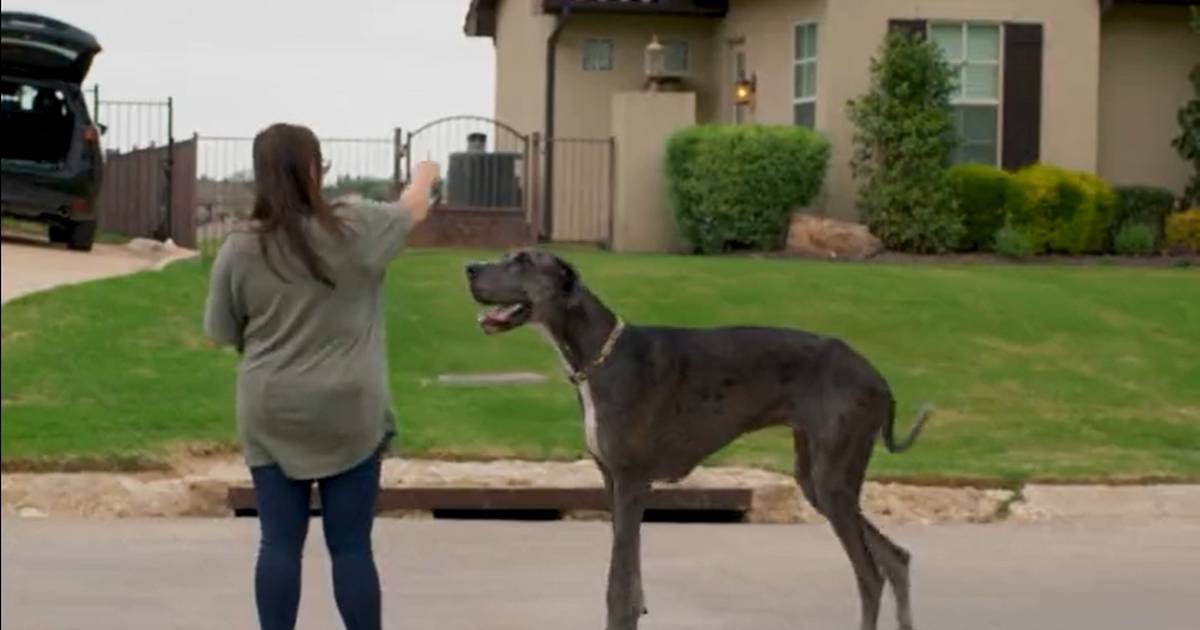 Zeus eats around 12 cups of food every day to maintain himself however he never says no to an ice cube. He is so tall that he uses the sink as his water bowl, reports the People.

Owing to his huge size, people who get to have a look at the dog wonder with a number of things.

Most often Davis and her family members have to address questions like “Wow! That’s a horse!” and at times “Can I ride him?” and “Does he have a saddle?”

Davis said, “We hear that a lot. The answer to all those questions is ‘No.’ It’s kind of cool to be able now to say, ‘Yes, it’s definitely the tallest dog you’ve ever seen!’ He’s a Guinness World Record holder.”

Who is Zeus’ best friend? 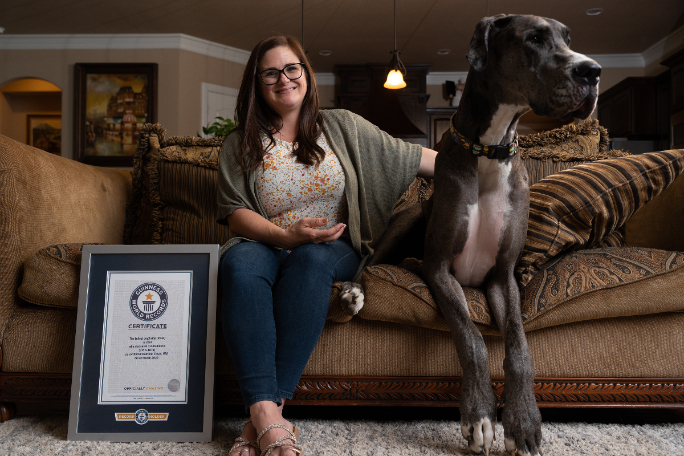 Zeus has developed a great bonding with Davis’ family members. Her teenage son is one such person who is really close to Zeus. According to Davis, they love being together and are mostly seen together.

Not only does he have a human brother and parents but he is also lucky to share the home with three miniature Australian shepherds and a cat. 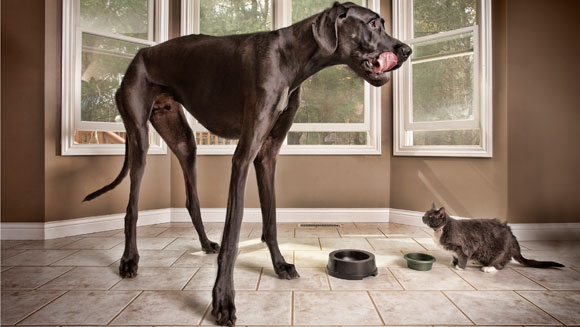 Even though there is a huge difference in height, Zeb, one of the shepherds, is Zeus’ best friend.

Davis and her family members are very proud of Zeus and also consider the dog to be truly special to them. They are also proud to see his name registered in the Guinness World Records.

What a sheer coincidence! The tallest male dog ever who earlier made it to the Guinness World Record was also a grey Great Dane named Zeus. He, however, passed away in 2014 when he was five. Before his death, Zeus was 44 inches tall.

Bookmark this space and stay connected for more interesting articles like this!