Everything About ‘Angel of Death’ TikTok Challenge

TikTok is known for its numerous challenges, the most recent one being the “Angel of Death” challenge. This dangerous challenge has reportedly claimed the lives of two teenagers after they jumped in front of trucks. So if you’re thinking it’s safe, it’s nowhere close to the word. Read on to learn more about this challenge and spread the word. What is the “Angel Of Death” TikTok Challenge? 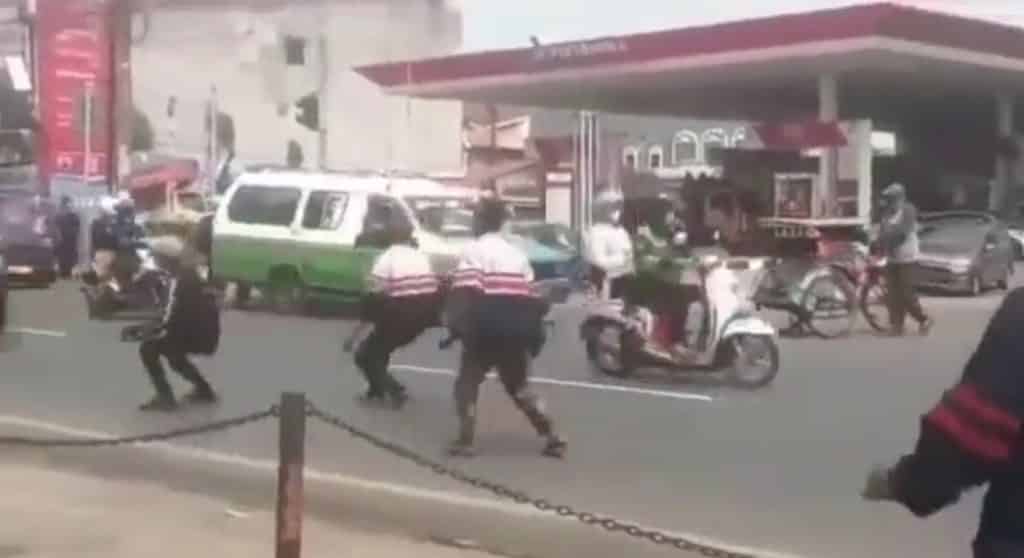 The adolescents are suspected of being involved in a local TikTok challenge reportedly called “malaikat maut” (which loosely translates to “angel of death“), which is only successfully completed if the truck stops before striking the person.

The Angel of Death challenge had become extremely famous in Indonesia as several people continue to carry out the stunt. The challenge requires people to jump in front of a moving vehicle and it is supposed to stop before striking the person.

It is unknown when and where the challenge started, but the earliest mention dates back to March 26, 2021, when an Instagram user @kabartangsel uploaded a video of a youth who suddenly stopped in front of a moving dump truck on purpose.

He was supposedly taking up the “Angel of Death” challenge. Unfortunately, he got crushed by the passing truck because it didn’t brake in time. The video received more than 11,000 views in one year.

Several videos on the internet glorify this challenge. The dangerous trend has taken over the minds of teenagers who continue to lose their lives to this stupid trend. Moreover, this challenge is won by the person if the vehicle happens to stop before hitting the individual.

Well, do you think that can happen with a speeding vehicle that’s surprised by someone jumping right in front of it? Sadly two teenagers have already died. However, this challenge is not so new and has been there since 2021. In July, CNN Indonesia reported a fatality wherein a teenager attempted the challenge in Bekasi.

Not just this, the trend has taken over the minds of teenagers across the world. Florida’s Timothy Isaiah Hall, known for more than 271,000 followers as @TimboTheRedneck, died in July 2021 while attempting a  “fishtailing” truck stunt to impress his online audience. The 18-year-old passed away with more than 2.5 million “likes” to his credit. His mother said in an interview:

“If I would have known about some of the dangerous things he was doing in his TikTok videos, as his mother, I would have stopped him and he’d still be here with me, my son loved TikTok, and always wanted to make the best videos for his fans — but he took his love for being popular on the app too far. And now he’s gone forever and my heart is broken. It will always be broken.”

A Ridiculous Challenge From Indonesia

TikTok has taken over the lives of netizens, especially teenagers who go after these wild challenges posted on TikTok now and then. Well, I must confess, adults also fall victim. Recently, a dangerous TikTok challenge “Angel of Death” is making headlines for all the wrong reasons.

It is so dangerous that teens are now jumping in front of moving trucks in an attempt to make outrageous online content. Two Indonesian teens recently died after taking up the “angel of death” truck challenge, including one 18-year-old who was mowed down in the city of Tangerang.

Well! So much for The Angel of Death challenge… pic.twitter.com/u1M8YJFNGQ

A horrific semi-censored video was also posted on the city’s official Twitter account along with a warning that  “reckless action of teenagers to stop the truck” caused a death. After this incident, around 14 minors were detained for participating in the said challenge. Some people are actually instigating the challenge. Have a look at these tweets below:

Malaikat maut challenge gone wrong? I would say it actually achieve its intended objective to actually summon the angel of death.

If you're doing The TicTok angel of death challenge, you deserve what you get lol.

Stay aware that several jihadist networks also continue to flood the internet with such challenges to create chaos. In 2019, around 25  Jihadist TikTok accounts were banned for spreading propaganda videos.

Its real unfortunately. In Indonesia they call it the Angel of Death challenge where they jump in front of a moving truck and dodge it. Unfortunately some of them aren't that good at dodging..

While such challenges are created by individuals and spread like fire, your safety is in your own hands. It’s high time that parents take control of what their children watch and how much time they spend on social media. The first TikTok tragedy happened with Chloe Phillips, a 15-year-old from Oklahoma who died of a heart attack in August 2020 after taking up the “Benadryl Challenge”, which required individuals to film themselves hallucinating from medication.

Last year, Joshua Haileyesus, 12, was discovered unconscious by his twin brother in Colorado after attempting TikTok’s “Blackout Challenge”. In this challenge, teens hold their breath until passing out on video. Joshua was pronounced brain dead and died after several days on life support.

Not just this, a girl named Nyla, 10 who lived in Pennysylvania died before year-end by participating in the same fatal challenge. Even though TikTok boasts about its user-safety policies, such challenges have become a common trend. 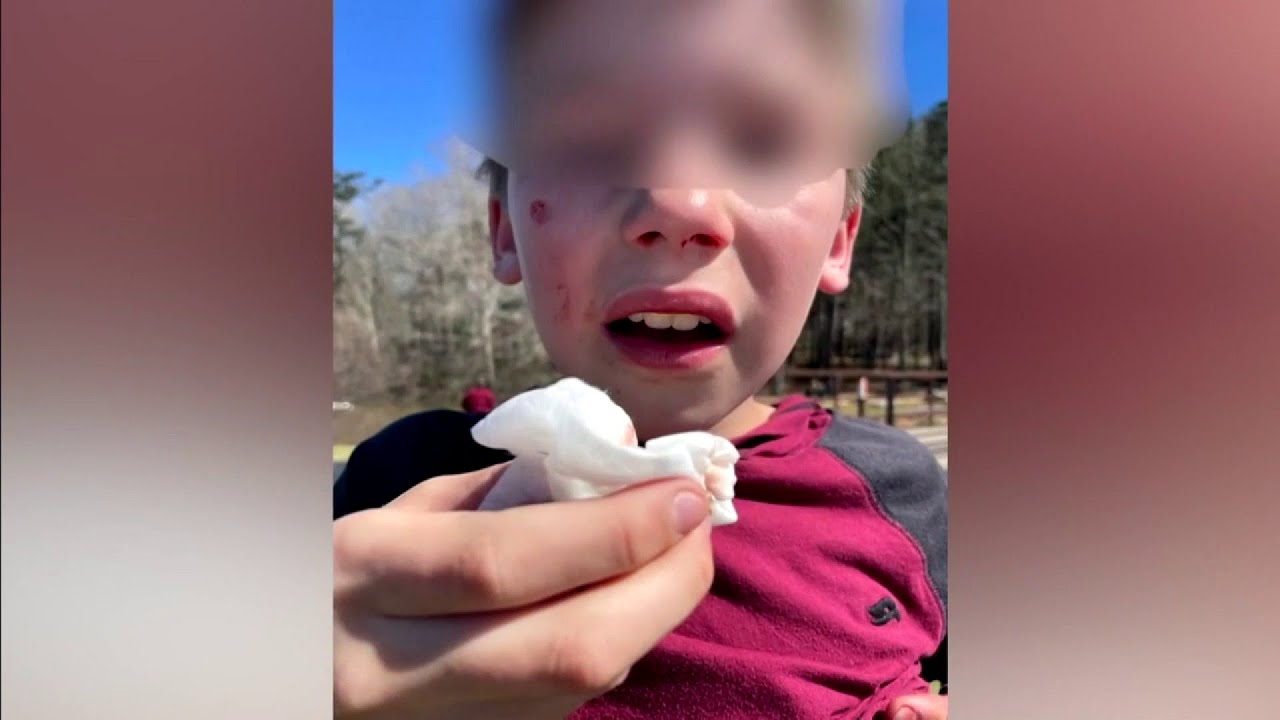 In case you come across content that glorifies the “Angel of Death” challenge, please report it immediately. To report it on TikTok, you can follow these steps:

As parents, it is important to decide the age when a child should be given a personal mobile phone. If you’re concerned about the safety of your children, consider giving them a simple phone instead of a smartphone. Counselling begins at home so tell them about the potential threats openly and make sure you watch out for their moves. 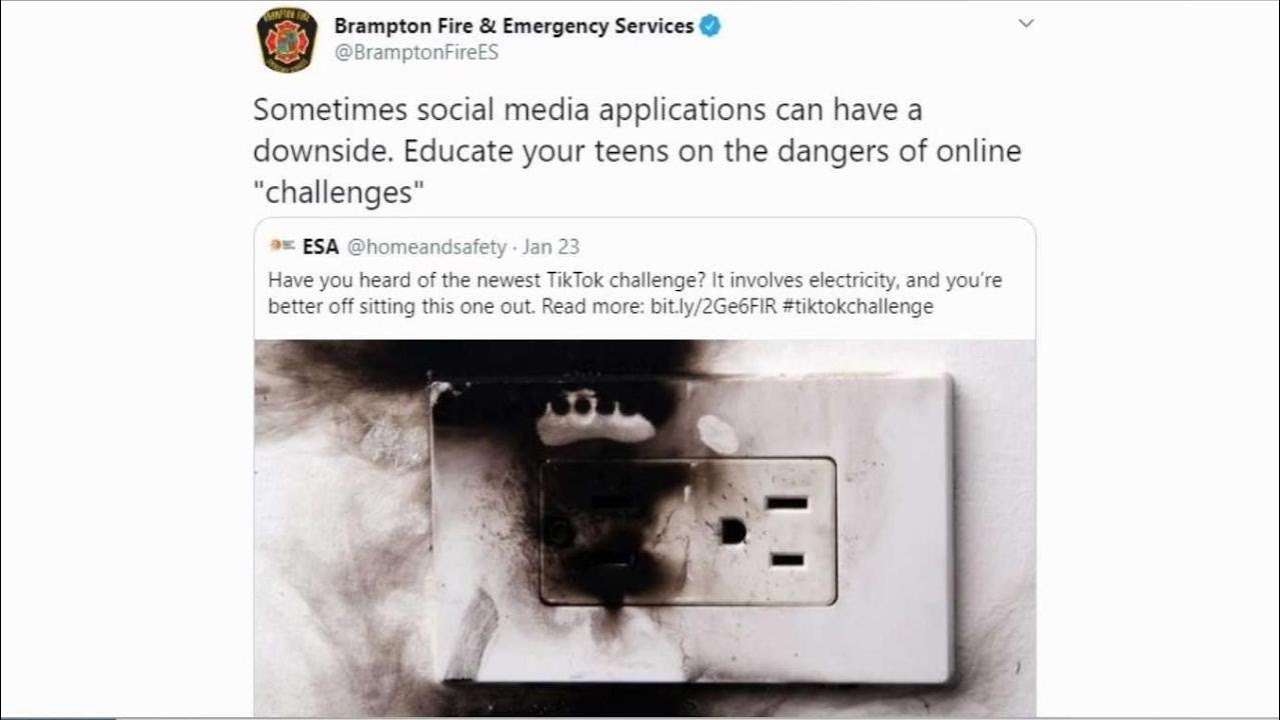 The “Angel of Death” challenges and many such dangerous challenges have already taken the lives of many teens across the globe. Let us all ensure that the trend does not repeat itself. While we cannot control what other instigates on the internet, we can surely ensure the safety of our children. It’s time to be more vigilant than ever. What do you suggest?