DJ Akademiks Gets into Altercation with Girlfriend, Video Goes Viral

DJ Akademiks is in the news for all the wrong reasons again. The controversial blogger got into an altercation with a woman, who is said to be his girlfriend, and the video of the incident is now doing the rounds on social media.

In the footage, Akademiks is seen having a heated argument with a woman, while two other women stand around him. The commentator has, however, claimed that he was trying to break a fight between the three ladies. Read on to know more about the incident. 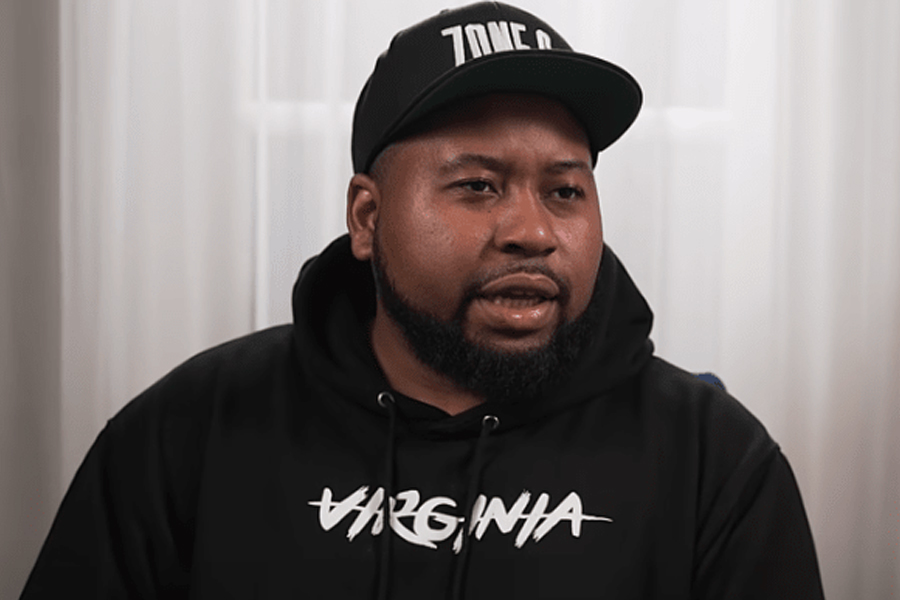 DJ Akademiks gets into Heated Argument with Girlfriend

The video shows Akademiks screaming and shouting at his girlfriend, and even pushing her at one point. The woman then takes his hat and throws it across the hallway. Meanwhile, the blogger is heard saying, “I’m the prize,” several times as he tries to calm her down.

Akademiks is such a character pic.twitter.com/9MfrzUXf8H

As he goes to grab his hat back, the woman he was talking to is hit by another woman, and the two get into a fight. A third woman then joins and starts attacking Akademiks’ girlfriend, and he stands in the middle, attempting to break the fight.

After the video went viral, Akademiks took to social media to explain the whole situation. He posted a video stating that the woman in the video was indeed his girlfriend, whom he was trying to calm down. His girlfriend was apparently angry at the other women who were trying to take pictures with them, and things went out of hand.

“At the end of the day, even if my chick was disrespecting me, and wildin’ out in public—granted, she was drunk—you don’t want nobody to jump your girl. But also, I can’t hit nobody. I can’t hit the other girls, I gotta just be like, ‘Yo, chill, lets kinda break it up,’” he said in the video.” 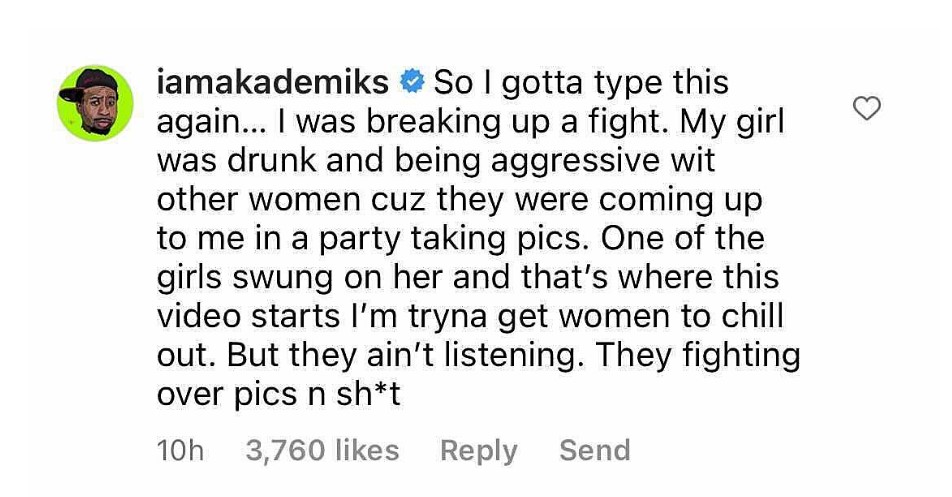 He also clarified the issue in the comments on an Instagram post which shared the video of the fight. Ak wrote, “I was breaking up a fight. My girl was drunk and being aggressive wit other women cuz they were coming up to me in a party taking pics. One of the girls swung on her and that’s where this video starts I’m tryna get women to chill out. But they ain’t listening. They fighting over pics n sh*t.”

While the blogger did issue an explanation, netizens were already pissed over the video and started slamming him. A follower wrote, “Akademiks going back n forth with a female screaming “I’m the prize” is the weakest sh*t I’ve seen a grown man do in a while.” 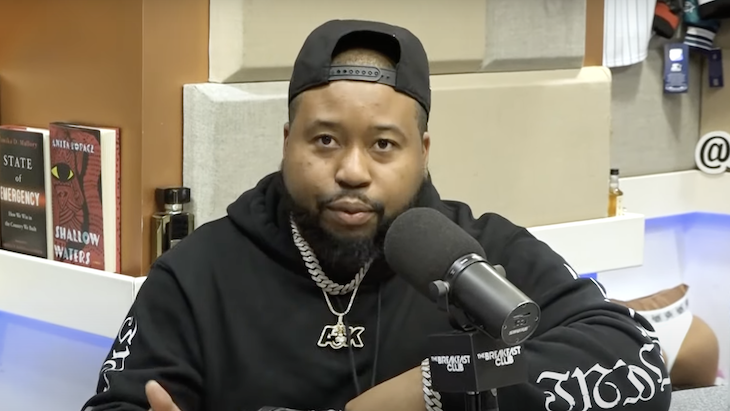 Another tweeted, “That hunchback DJ Akademiks.. being tough on that woman was mad funny; funny being that, that’s the only gender he can act tough on.. corn ball, ass mf.” A third one tweeted, “Why Akademiks always get caught get talking crazy to women but dont have no energy for none of the guys that be wanting smoke with him lol.”

What are your thoughts about the fight and Akademiks’ way of dealing with it? Tell us in the comments section.