Seven decades back a black teenager, Emmett Till succumbed to a brutal death after Carolyn Bryant Donham (then 21) made accusations against the 14-year-old. Emmett Till’s death in 1955 spurred the civil rights movement in America, but Emmett never got justice. Two months back, a Mississippi grand jury declined to indict  Carolyn, who is now 87, due to lack of evidence. The decision in Emmett’s decades-old case comes despite recent revelations wherein Emmett’s family unearthed an unserved arrest warrant against Carolyn along with her unpublished memoir. Here’s everything you need to know about this case, which is a sad example of the injustice suffered by blacks even in the 21st century.

Who Is Carolyn Bryant? Carolyn Bryant is the wife of the deceased, Roy Bryant, who was an ex-solider. After dropping from high school, Carolyn won two beauty contests and married Roy. She is a native of Indianola, Mississippi, which is the nucleus of the segregationist and supremacist white Citizens’ Councils.

Carolyn, along with her husband, ran a small grocery store, Bryant’s Grocery & Meat Market, a usual stop for black sharecroppers and their children. Apart from this, Roy worked as a trucker with his half-brother J.W Milan to earn extra cash. Carolyn, Roy and his half-brother d J. W. Milam are the infamous trio who led to the death of a 14-year-old black boy, Emmett Till, who was brutally lynched and shot by Roy and his half-brother at the expense of Carolyn’s accusations.

What Happened To Emmett Till? Emmett Till was a 14-year-old boy from Chicago, who went to visit his relatives in Mississippi in 1955. On August 24, 1955, he was strolling around with his cousins and friends and stopped by Bryant’s grocery store for refreshments. However, Carolyn accused Till of making “lewd remarks” and grabbing her during that evening. Later, it was reported that she accused him of whistling at her and making inappropriate remarks.

Even though the exact details of the incident remain unconfirmed, it has been often reported that Carolyn stormed out of the store, and the other kids revealed that she was going to get her pistol. The frightened kids left the store, but what happened later, was unimaginable.

Carolyn narrated this incident to her sister-in-law, Juanita, but they decided to not spill it to their husbands. However, when Roy and J.W. returned from the trucking job, one child at the scene narrated the whole incident. The Deep South was already brewing with hatred against the black, and segregation between blacks and whites was codified under the law. Therefore, Roy and J.W. decided to teach this teenager a lesson.

On August 28, 1955, these two men abducted Emmett from his relatives’ home. In a recently recovered unpublished memoir, Carolyn wrote back then that the men brought Till to her in the middle of the night for identification, but then she tried to help him by denying that it was the same boy who whistled at her. Despite this, the boy identified himself to the men, who then took him away, brutally beat him up and then shot him.

Emmett Till’s disfigured corpse was retrieved several days later, decomposing in the Tallahatchie River. His body was identified by the ring he was wearing, which belonged to Emmett’s father Louis Till. After getting acquitted, Roy and his half-brother openly confessed to the murder of this black teenager in an interview with “Look” magazine, but they rather preferred to be called celebrities and never got charged with a federal crime. As for Carolyn, she is living a peaceful life despite playing a major role in Emmett’s death.

A Trial Or A Mockery Of ‘Justice’? What happened at Roy and J.W.’s trial, was an absolute mockery of the principles of justice and equality. Bryant and Milam were rounded up as murder suspects. Amid the civil rights movement, Southern papers were roaring the “savage crime”, but Northern outrage prompted many Southerners to rally in support of the suspects. Carolyn, J.W. and Roy became an instant celebrities.

When the trial began in Sept. 1955, this case witnessed national and international press coverage. Instead of speaking about justice, reporters were talking about Roy and Carolyn’s “handsome looks” and J.W.’s tall stature. Newspapers even referred to Carolyn as “Roy Bryant’s most attractive wife” and a “crossroads Marilyn Monroe.” People came to the trial with picnic baskets and ice cream cones, as if it was a clown show. As the civil rights movement picked up pace amid Emmett’s death, African Americans were looked on in fear.

During her testimony, Carolyn stated that Emmett poured “ugly remarks” on her before whistling. An all-white jury acquitted both men following a trial wherein the biased jury deliberated barely for an hour. After their acquittal, Roy and J.W. sold their story for $4000 to reporter Bradford Huie, and two of the defense attorneys helped them fetch an interview with “Look Magazine”.

The two men openly spoke about their crime in the article, published in Jan. 1956, and even talked freely on the street about how they killed the young teen from Chicago. On the other hand, blacks stopped buying groceries from their store and they soon ran out of business. In 1981, J.W died of bone cancer while Roy died 13 years later from cancer. No one ever underwent prison time for Emmett’s death.

Who Said Blacks Get Justice? In August 2022, the Mississippi grand jury once again showed the world that justice isn’t for blacks. In a shameful decision, the jury declined to indict Carolyn Bryant, who is now 87 years old. After seven hours of testimony from investigators and witnesses, the jury concluded that there wasn’t enough evidence to indict Carolyn Bryant on charges of kidnapping and manslaughter.

The decision comes despite revelations made about an unserved warrant against the trio and an unpublished memoir by the white woman. This means that this woman will, perhaps, never will be indicted for what happened to Emmett decades back. Till’s cousin, Reverend Wheeler Parker, Jr., condemned the decision as “unfortunate but predictable” in a recent statement.

Parker stated, “The prosecutor tried his best, and we appreciate his efforts, but he alone cannot undo hundreds of years of anti-Black systems that guaranteed those who killed Emmett Till would go unpunished, to this day. The fact remains that the people who abducted, tortured, and murdered Emmett did so in plain sight, and our American justice system was and continues to be set up in such a way that they could not be brought to justice for their heinous crimes.”

The U.S. Justice Department already shut down its investigation into Till’s killing last year. If you’re not aware, in June, an unserved warrant was discovered in the Leflore County Courthouse, charging Donham, Roy and J.W. Milam in Till’s abduction in 1955. None of them was ever taken into custody but rather treated as celebrities. The most recent decision overlooked this crucial piece of evidence, stating that Carolyn cannot be indicted due to “lack of evidence”.

Emmett Till’s death had a powerful effect on Mississippi Civil Rights activists. Other local leaders courageously stepped forward, and one of them was Physician and Civil Rights leader Dr. T. R. M. Howard, whose life had been repeatedly threatened, and had armed bodyguards to protect him and his family. 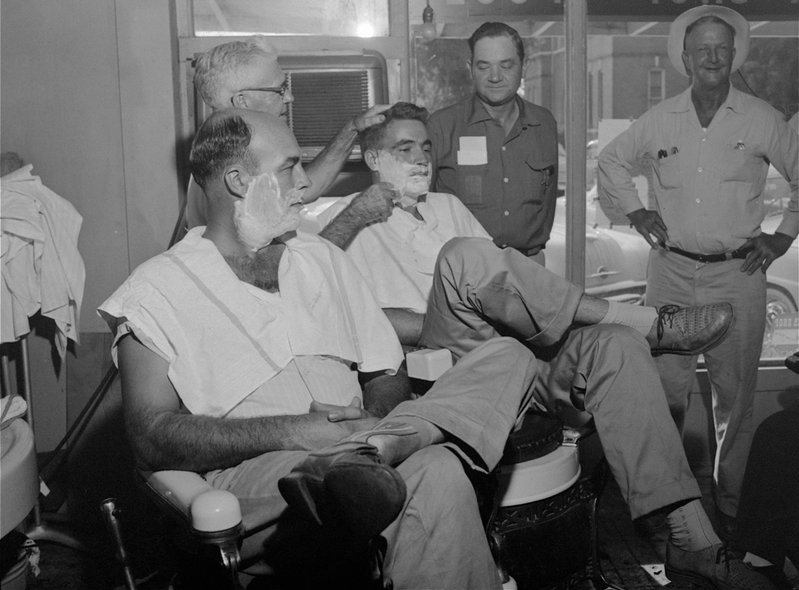 If you’re not aware, it was Howard who extended this protection to black witnesses and to Emmett’s mother, Mamie Till Mobley, during the trial. After J.W. and Toy’s acquittal, Howard boldly and publicly cursed FBI Director J. Edgar Hoover, and said, “It’s getting to be a strange thing that the FBI can never seem to work out who is responsible for the killings of Negroes in the South.”

In December 1955, the national black magazine “Ebony” reported that Howard was put on Ku Klux Klan’s death list and that several others who were named on the list, were already killed. After this, Howard sold most of his property in Mound Bayou, packed up his family and relocated to Chicago.

As for Carolyn, she has recanted her testimony several times. In 1955, she stated that Emmett grabbed her hand, and waist and propositioned her, stating that he had been with “White women before”. Years later, professor Timothy Tyson, who raised that trial testimony in a 2008 interview with her, claimed that she told him, “That part’s not true.” Her contradicting statements forced the authorities to investigate the case anew, but even that was of no avail. This white woman walked freely despite playing a major role in Emmett’s unfortunate death. Emmett’s family could not secure justice for this little boy, but he served as a catalyst for revolutionizing the lives of many blacks since his brutal death.

While Emmett may have not found justice, his legacy lives on. In March, President Biden signed the landmark Emmett Till Antilynching Act, which made lynching a federal hate crime. But to what avail? Racist crimes are still at their peak, and no one takes responsibility. What do you think about this case? The comment section is all yours.