At the moment, Brittney Griner is the talk of the town! The basketball player has been released from Russia and now, she is back in the United States. She spent the last 10 months in prison.

For those of you who are unaware, let us tell you, the NBA star was arrested at a Moscow airport in February for possessing cannabis oil, and last month she was sent to a penal colony. Continue reading further to know more about the life of Brittney Griner including her net worth. What is the net worth of Brittney Griner?

As per a report by Celebrity Net Worth, the estimated net worth of the Women’s National Basketball Association star is a whopping $5 million. Her salary from the recent season with her WNBA side Phoenix Mercury was $227,000.

According to AS, the amount mentioned above is the maximum salary allowed in women’s professional basketball in the United States. Earlier this year, in October, Daily Mail reported that Brittney bagged somewhat around $1.5 million in her kitty while playing in Russia, which was six times her WNBA salary with the Phoenix Mercury. 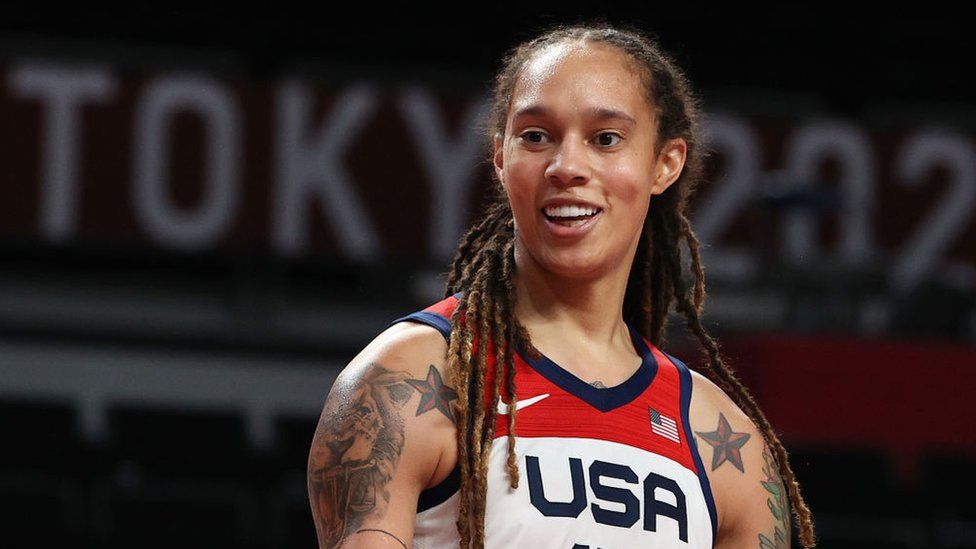 It has been reported by the British media outlet, that in the year 2014, the basketball star also played in China for a total of three months for a salary of $600,000. Nearly a year ago, she became Nike’s first openly gay athlete when she signed a $1 million deal.

Cherelle, the wife of the WNBA legend talked about Brittney’s return from Russia and also made it a point to thank President Joe Biden. She said, “The most important emotion I have right now is sincere gratitude for President Biden and his entire administration.”

He stated that the work is easy and it has never been. She concluded by saying, “Today my family is whole.”

Cherelle Griner says Brittney Griner and “I will remain committed to the work of getting every American home, including Paul.” pic.twitter.com/npWModqAwq

Here’s all you need to know about Brittney Griner

Brittney Griner is a basketball player. She kicked off her basketball career years ago. Back in the day, she went to Nimitz High School. Later on, during her college days, she became the only NCAA basketball player to both score 2,000 points and block 500 shots, which proved she had a bright future ahead.

Media outlets like Rivals.com. also named Griner the nation’s No. 1 high school women’s basketball player. She is an Olympic gold medalist. She bagged a gold medal in 2016 as well as the 2021 Olympics. Apart from this, the 32-year-old athlete also won the FIBA Women’s World Cup trophy not once but a total of two times with Team USA in the year 2014 and then, four years later in 2018.

Did you get surprised after learning the net worth of Brittney Griner? Kindly let us know your thoughts in the comments section below. Don’t forget to stay tuned with us for the latest updates from the world of showbiz.