The Apollo 11 jacket was worn by Edwin “Buzz” Aldrin during the historic first mission to the moon in the year 1969. Keep reading to catch more details about the auction that took place in New York. Buzz Aldrin’s Apollo 11 jacket has been sold for $2.7 Million

A white, Teflon-coated jacket worn by the astronaut Buzz Aldrin during the iconic mission to space has been sold for a whopping price of $2,772,500. Aldrin went on the space mission along with Neil Armstrong and Michael Collins.

As of now, the name of the bidder has not been revealed. The unidentified winning bidder participated in the auction by phone and beat everyone to bag the jacket in his kitty. The jaw-dropping bid has surpassed the amount that the auction house estimated the item would sell for by nearly a million. For those of you who are unversed, let us tell you that Buzz’s Apollo 11 jacket was a part of Sotheby’s “Buzz Aldrin: American Icon” collection. It was a big highlight of Sotheby’s Geek Week and consisted of historic items consigned directly by Aldrin. He carefully conserved all these items from his famous space missions, including Gemini XII and Apollo 11.

Flight plans for Apollo 11’s mission were sold for a massive $819,000 meanwhile Aldrin also gave away his Presidential Medal of Freedom with Distinction, which he received in 1969, for $277, 200.

Buzz Aldrin’s extraordinarily-priced space jacket contains Buzz’s name tag on the left side above the Apollo 11 mission emblem. It also features the American flag on the left shoulder.

The historic jacket worn by Aldrin is made of a fire-resistant material known as Beta cloth. Back in the day, the cloth was included in spacesuits as a response to any situation that involves fire. According to the reports of Sotheby, three astronauts aboard Apollo 1 passed away in 1967, due to a mishap fire incident. 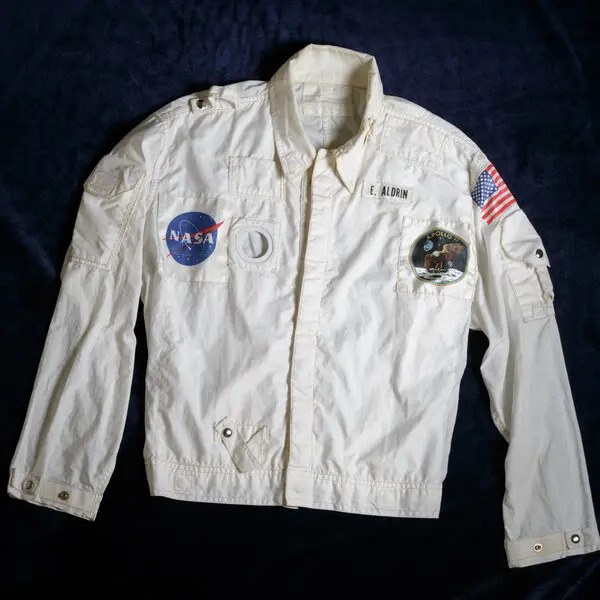 Would you like to go to space someday? Kindly let us know your thoughts on the same in the comments section below. Don’t forget to stay tuned with us for the latest updates from the world of showbiz.