Mark Patton is asking fans to help him with paying his medical bills! The Hollywood actor best known for his performance in the 2010 horror flick A Nightmare on Elm Street 2 needs some help from the side of his fans right now.

As per a report by Fox News, at the moment, Patton is under the care of a Mexican hospital. Keep scrolling further to know how the Hollywood star is feeling currently and know more about his health. What happened to Mark Patton?

According to a report by Fox News, Mark is currently under the care of a Mexican hospital.  In a statement shared on a GoFundMe page set up by his agent, Peter Valderrama, on Thursday, Patton said, “Basically I am asking for help I will not be embarrassed. I just want to be healthy and at home with family.”

It has been reported by the media outlet, that Peter wrote on the page that the Nightmare on Elm Street 2 star has been ill for some time now. He initially thought he was experiencing the aftereffects of Covid-19. Although, he went on to say that Patton’s illness is “quite clearly AIDS-related.” 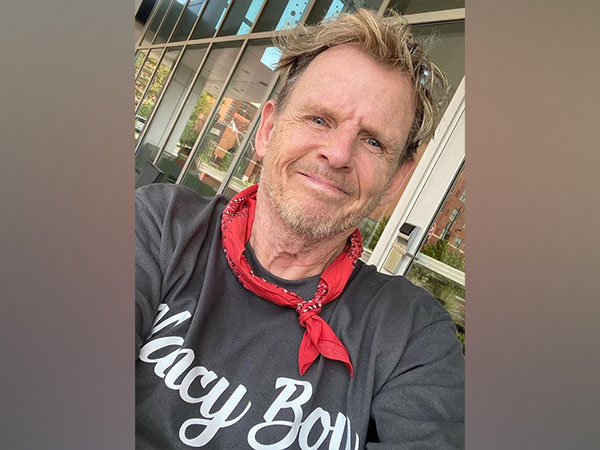 Mark Patton is reaching out to his fans for help

Now, Mark is asking all his fans to provide him a helping hand with his medical bills so that he can be transported to an American hospital in Mexico where he can get more specialized care. At the moment, his current hospital is said to be overcome with Covid-19 cases and Peter stated that the staff of the hospital speaks very little English.

Valderrama added, “He has been quiet for his own privacy but with the cancellation of his events at the musicbox theater and horror house shop he has decided to release his news in the hopes that his community could help him.”

Patton mentioned that he has faced medical issues in the past. The media outlet stated that he was diagnosed with HIV in the year 1999. He said despite the fight left in him, the last several years have proved financially difficult.

In a statement, Mark said, “I have always lived Month to month and I have been struggling with medical visits since October. If anyone is able to contribute it would mean a life saving option for me to be recovering in a place that can cater to my condition.” Fox News stated that the GoFundMe page set up for Mark Patton has crossed its USD 18,000 goal. The fans even dropped many heartfelt messages for the Hollywood actor on the page.

One social media user wrote, “Mark, You inspire me to be a better person. Thank you for being who you are.” Another fan added, “Hey Mark. You have so many people rooting for you and wanting to see you kick this disease’s a–. I am rooting for you, sir, and so is everyone else!”

Mark lives in Puerto Vallarta with his husband, Hector Morales Mondragon, where they own and operate an art gallery.

We wish Mark Patton a speedy recovery. Sending love, light, and strength to the Hollywood star during this time of difficulty. Don’t forget to stay tuned with us for the latest updates from the world of showbiz.