What could be the longest period you could imagine working in a single company?

You will be surprised to know that Walter Orthmann has achieved a new milestone by working in the same company for over 84 years. Orthmann who turned 100 last month also broke the Guinness world record of working for the longest period at the same company. 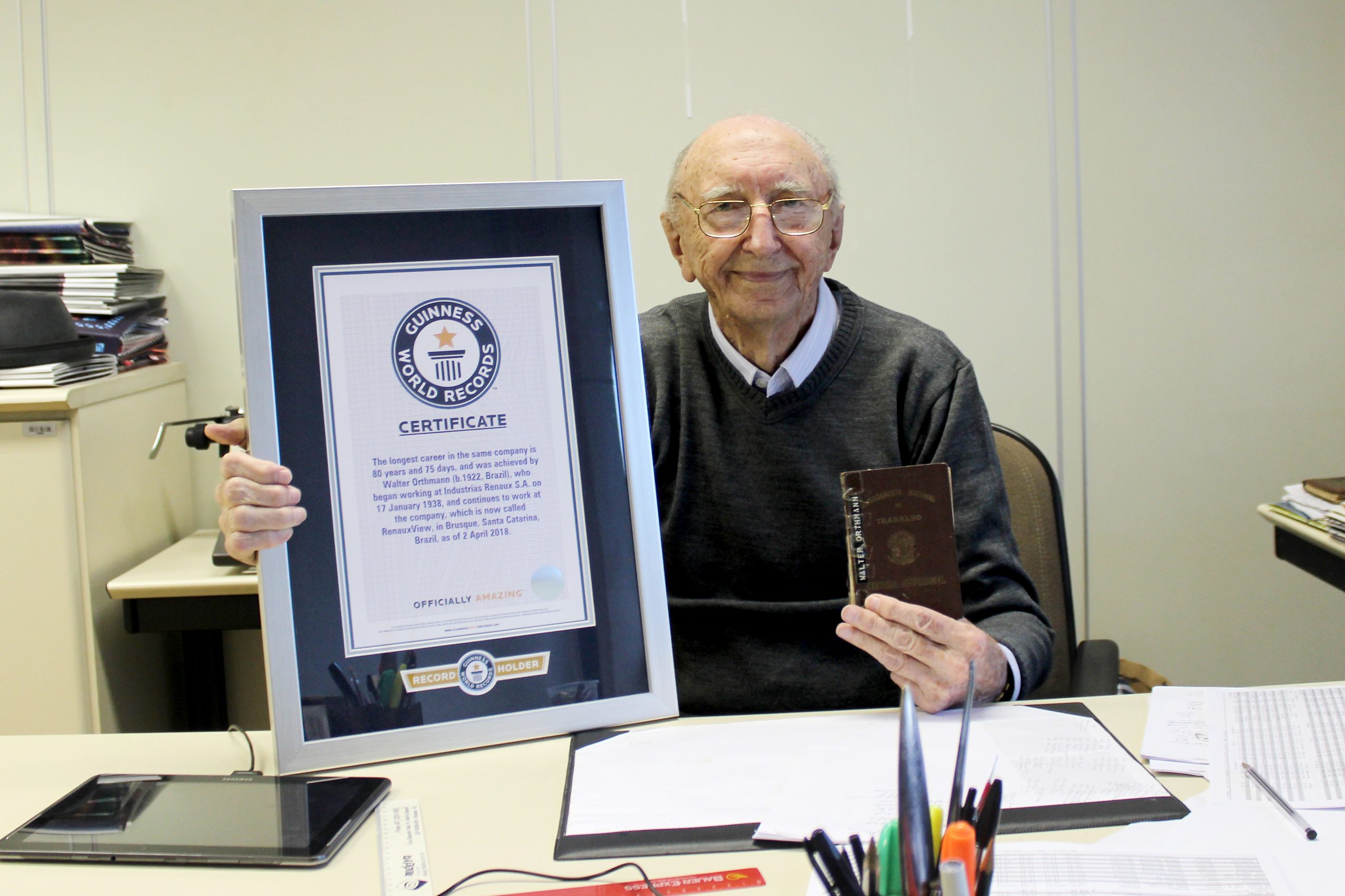 According to Guinness World Records, Orthmann started his career in 1938 working as a shipping assistant at a textile company called Industrias Renaux S.A. (now known as ReneauxView) in Santa Catarina, Brazil when he was just 15 years old.

Walter Orthmann started working at a textile company in Brazil in 1938 and still drives to work to this day.

Since then he never turned back and it has been 84 years and 9 days working at the same company which was verified on 6th Jan 2022. 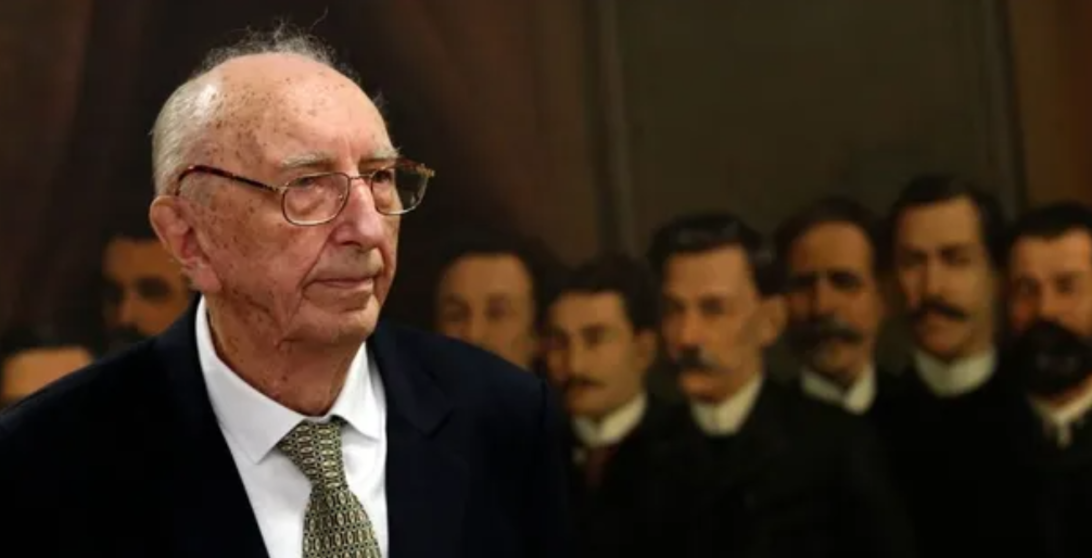 “Back in 1938, kids were expected to work to help support the family,” he told Guinness World Records. “As the oldest son of five, my mother took me to find a job at the age of 14.”

Orthmann always had a zeal to learn and do new things. He was born in a small town in Santa Catarina, Brazil named Brusque.

Be it a rainy day or some other day, he used to go to school daily barefoot. He was an exceptional student blessed with an amazing memory. But, due to the family’s financial constraints, Orthmann had to start working at an early age. Orthmann got selected for the job he applied for at a weaving mill owing to his strong proficiency in German.

Career at the textile company over the years

He joined the company as a shipping assistant and was later moved to a higher role in sales following which he was promoted to the position of a sales manager.

“Walter believes that the best part about having a job is that it gives you a sense of purpose, commitment, and a routine,” Guinness shared about Orthmann.

He not only got the opportunity to travel throughout Brazil while working at RenauxView but also got a chance to interact with people from different geographies.

“I was given the opportunity to work as a salesperson. I traveled to São Paulo and in less than one week I filled the production with orders equivalent of three month of work.”

His secret to fitness

He used to love his work and his commitment to work helped him in even making clients his friends. What keeps him fit and in good health even today is his routine as he exercises daily as well as drives to the office by himself.

In his career spanning over 84 years to date, Orthmann witnessed a good deal of changes be it in the company or in the world. This made him realize that the most important factor to achieving success is to be open to upgrading yourself.

“I don’t do much planning, nor care much about tomorrow,” Orthmann said. “All I care about is that tomorrow will be another day in which I will wake up, get up, exercise and go to work; you need to get busy with the present, not the past or the future … Here and now is what counts.”

Last month on the 19th, Orthmann turned 100 and he celebrated his 100th birthday with his colleagues, friends, and family in the company. 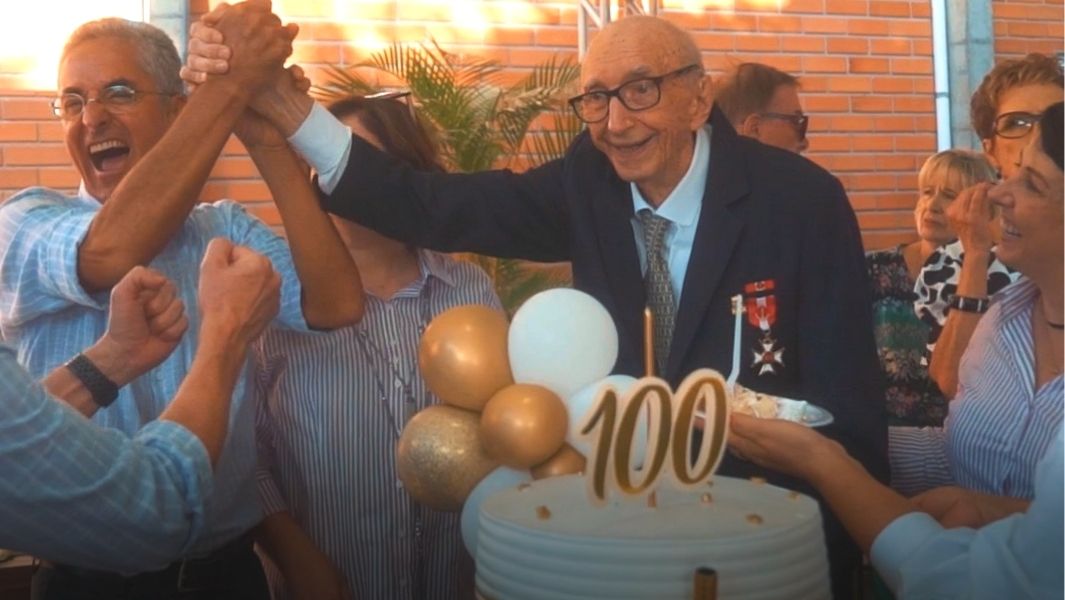 “When we do what we like, we don’t see the time go by,” Orthmann shared with Guinness World Records.

He also said that becoming the Guinness World Records title holder is his “proudest achievement.”

With this new milestone, he broke his own record which he created in 2019 after working at the company for 81 years and 85 days.

Stay in touch for the latest news and updates from around the world!