Wordle has now become a part of many people’s routines. They’ve included solving daily Wordle puzzles as part of their morning or daytime chores. Now another game like Wordle called “Quintessential Game” is trending and players are enjoying the 5x fun. 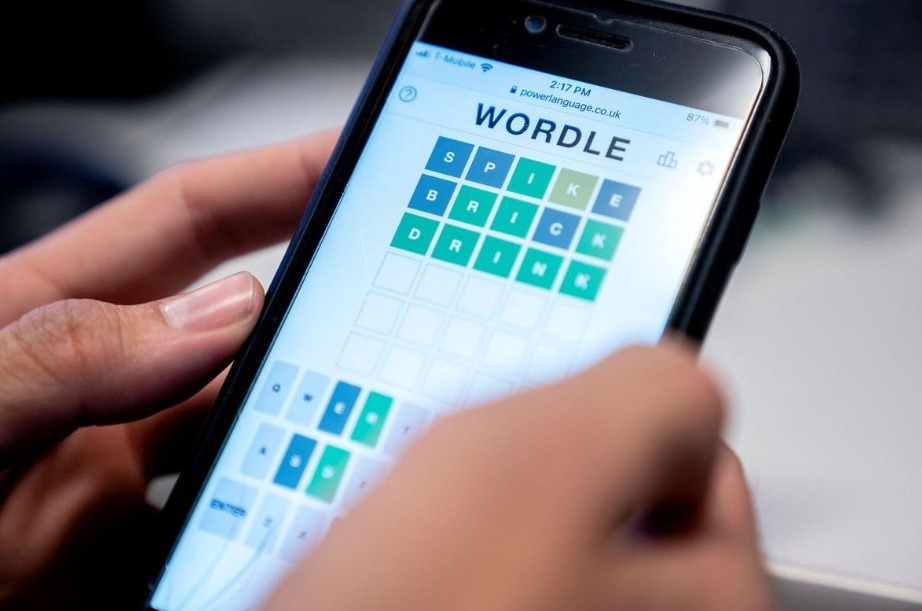 Josh Wardle created and launched Wordle last year and it got insanely popular. This made the New York Times buy it for a whopping $1 million. The hype also gave birth to a number of spin-offs, some of which are really intriguing.

Quintessential Game is yet another spin-off that works on the same formula but adds a unique twist. It makes players guess five words at once in as few attempts as they could. It’s way more challenging than the original game is.

What is the Quintessential Game?

Quintessential is a word-based puzzle game that is very similar to Wordle. It features the same design as Josh Wardle’s viral game but uses a set of different rules. The ultimate goal of the game is to guess all the five horizontal words correctly in as fewer moves as possible.

To do that, you have to swap the letters around and unscramble the letters to solve the puzzle. You can solve the game in as few as eight moves. This really increases the challenge as Wordle only asks you to guess a single word consisting of five letters. 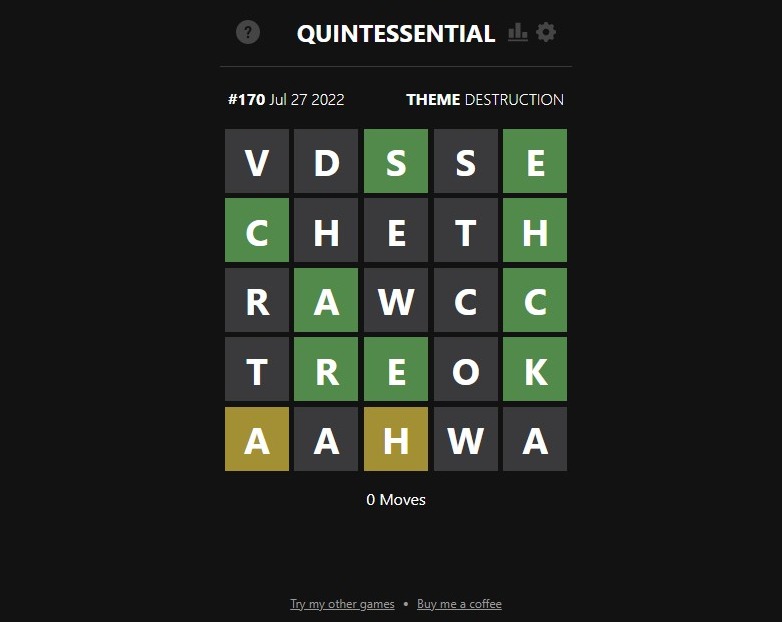 Other than that, the game is just like Wordle. You can only play it once and then come back again to solve the next puzzle. You can also use the game to challenge your friends and find who has the more extensive vocabulary.

How does the Quintessential Game work?

Quintessential works on the same concept as Wordle. Both of them are word-guessing puzzle games. However, there are some differences. Wordle asks you to guess a five-letter word in five or fewer attempts. You have to start the game by entering a random word (Wordle Bot can help you with that).

After that, you have to view the color of the tiles and proceed accordingly. Whereas, Quintessential presents a 5×5 grid on the screen with scrambled words. You have to click, tap, or drag the words to unscramble them to know the correct ones.

The goal is to solve the puzzle as quickly as possible. It can be solved in as few as eight moves. The colors of tiles work in the same way as Wordle. There is also a specific theme every day. The words in the puzzle revolve around it.

How to Play the Quintessential Game?

If you regularly play Wordle or its alternatives, you won’t have a tough time understanding how to play this game. To start it, just launch a browser and visit the Quintessential website (https://quintessential.fun/).

Upon visit, you will see a pop-up explaining how to play the game. Click on the “x” button to close it and start the game. You will then see the grid with five scrambled words. Your aim is to guess the five horizontal words correctly and unscramble the puzzle. 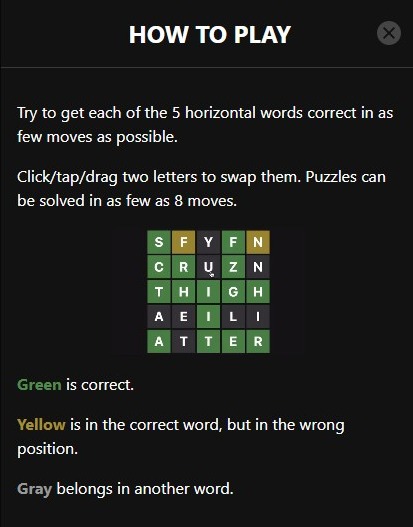 Just keep looking at the tiles and guess the words correctly. Eventually, you’ll be able to unscramble the words. Once you complete the game, you’ll see a “stats box” on the screen explaining your performance. 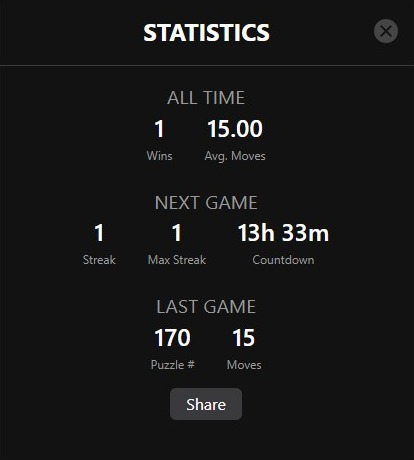 Is it easier or more difficult than Wordle?

Quintessential is a bit more challenging than Wordle as you have to guess five words instead of one. However, as you progress through the game, it starts becoming easier. You also get unlimited attempts at solving Quintessential while Wordle only offers a limited number of tries.

There are some Wordle alternatives like Quordle, Sedordle, and Crosswordle, that are way more difficult than the original game. Quintessential isn’t from their league but it’s surely a very challenging one. 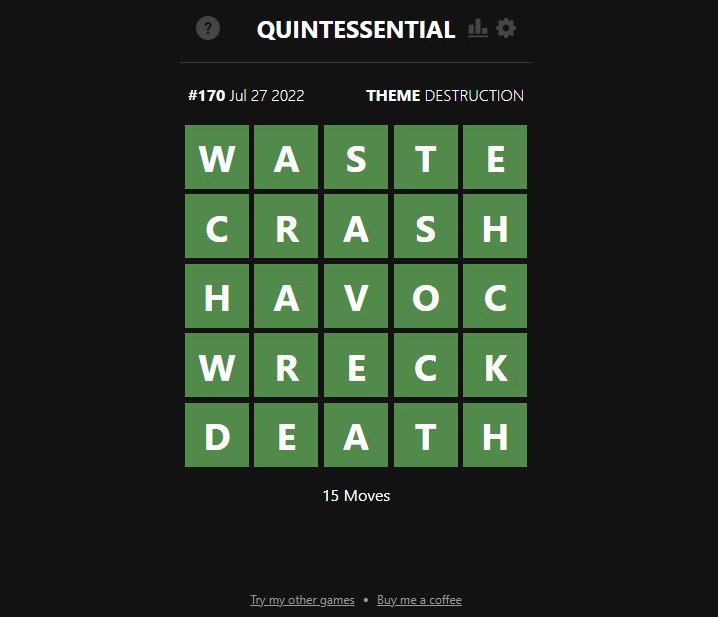 You can play all of these word guessing games to pass your leisure time. They’re pretty helpful for your mind and kill time very effectively. You can then show off your skills on Twitter or any other social media platform.

Have you tried it yet? Feel free to tell us how many attempts it took to solve for the first time. Mine was 15.

Khloé Kardashian and Tristan Thompson Welcome Baby No. 2 Via Surrogate