Crosswordle is the Sudoku and Crossword Version of Wordle

Wordle is not stopping in terms of popularity anytime soon after The New York Times’ acquisition and has given birth to countless spin-offs. Crosswordle is one such spin-off version of Wordle, and there isn’t one but two of them. 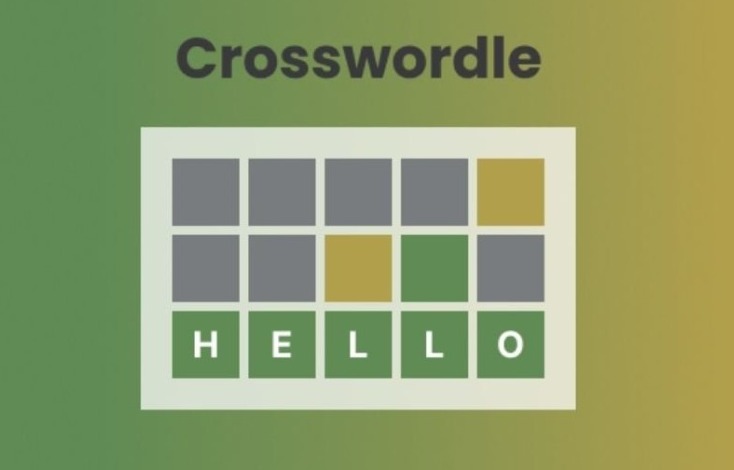 One Crosswordle, by vercel, is an incredible crossover between a word-guessing game and Sudoku. It lets you reverse-engineer the Wordle grid after providing the final answer. It is a highly challenging, hard to solve, and brain-tiring version of the beloved word-guessing game.

Another Crosswordle, by serializer, is a witty crossover between a word-guessing game and a crossover puzzle. It asks you to solve a crossword puzzle by guessing two crossing mystery words in as fewer attempts as you can.

These two Wordle alternatives have been trending recently as more and more people are shifting their attention towards them. If you have started feeling that Wordle has become too easy for you, these games will allow you to have a breath of fresh air.

Crosswordle Sudoku Version: What is it?

The first Crosswordle is the Sudoku crossover of Wordle created by Reddit user u/ymichael along with his wife. It is like the reversed version of Wordle Hard Mode as it is inspired by Josh Wardle‘s original word-guessing game but uses the rules of its hard mode.

The ultimate aim of the goal is to guess and re-create a valid Wordle grid using the provided final answer and by working on the hints from the color-coded tiles for the guesses. It is like someone mixed the concept of Sudoku and turned Wordle upside-down.

There’s a new game to solve every day. The puzzles have four rows on weekdays and six on weekends. Apart from that, the game also features an “Unlimited” mode that allows you to play the game as many times as you wish with your desired number of rows.

There is also a “Builder” mode that lets you create your own Wordle puzzle. You can choose the size of the puzzle, choose the final answer, and check it to see if you have created a valid one.

How to Play Crosswordle Sudoku?

Playing Crosswordle Sudoku isn’t as simple as it may seem initially. You can start playing the daily game by visiting this website on any web browser. Upon your visit, you will see an incomplete grid with only the last row filled out which contains the final solution. 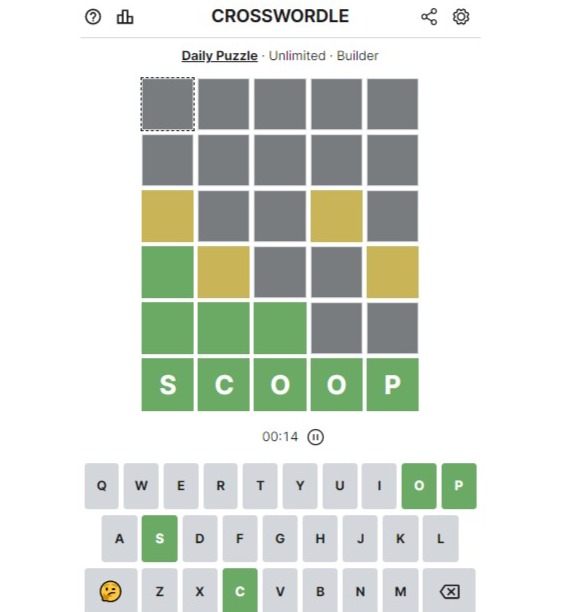 You have to reverse-engineer the Wordle grid based on the provided answer. There will be a number of error alerts that will help you stay on the right path. Also, there will be the usual green, yellow, and grey colored tiles to signify correct, partially correct, and wrong guesses.

Players can only use the letters available in the final solution while making guesses. If the tile turns green, you have guessed a column right. If the column turns yellow, any of the remaining letters should be used, and if the column turns grey, you are entering the wrong letter.

Crosswordle offers a number of error alerts allowing you to move on the right path while solving the Sudoku puzzle. The wrong letters are signaled with a red flag on the top right corner of the tile. Here are the seven error alerts available in it:

You must get hold of these error alerts if you want to win Crosswordle Sudoku every day. If you have understood these well, the game may actually become simple for you.

Crosswordle Crossword Puzzle Version: What is it?

The next Crosswordle is the combination of Wordle and a crossword puzzle where you have to guess two words, one horizontal and one vertical, simultaneously, in as fewer attempts as you can.

This game presents two related mystery words every day and players have to brainstorm them while working on the hints. The word-guessing concept and the rules remain the same as in Wordle.

It is created by Robert Flack, an Ontario-based software developer who is working at Google on Chromium. He announced the game via Twitter where he wrote, “I wrote my own twist on wordle. Please be gentle and enjoy!”

I wrote my own twist on wordle. Please be gentle and enjoy! https://t.co/uxm8ilK17H

How to Play Crosswordle Crossword Puzzle?

Playing Crosswordle by Robert Flack is simpler than the version shared above, in my opinion. You can start the game by launching a web browser on your PC or smartphone and visiting this website.

You will now see a cross-shaped grid having four vertical and six horizontal columns. Your aim is to guess the two crossing mystery words in as few guesses as possible. There are no limits to the number of attempts you are allowed to take. However, the fewer the better. 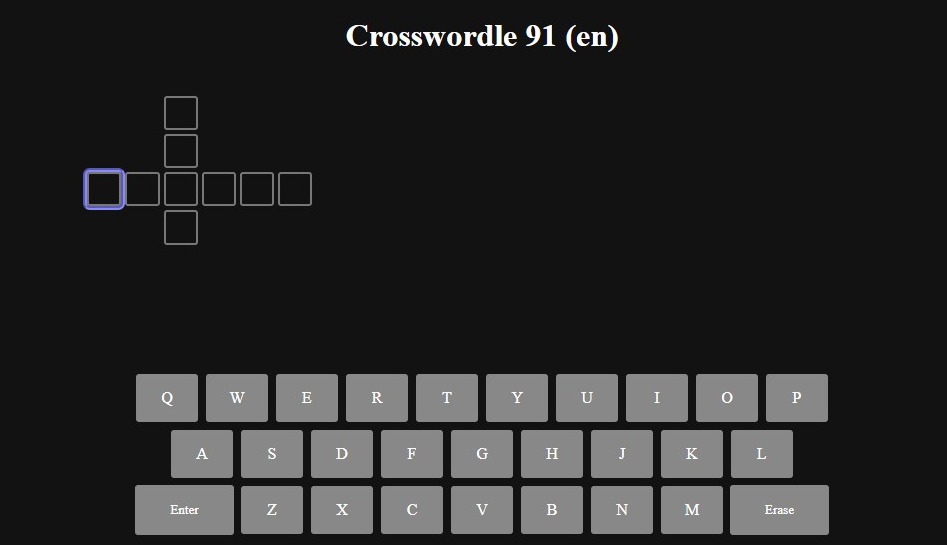 Whereas, the grey color of the tile says that you have entered the wrong letter. You need to keep working on the hints to guess the two crossing words. Once you do, you can share your score on Twitter or any other social media platform.

Which game would you like to give a shot at first? Let us know and also tell us which one seemed less tough to you in the comments.