Overwatch 2 has launched with a bang and going pretty strong. The most fun aspect of the massively popular hero-shooter is its Competitive Play where you compete with other players and climb ranks according to your performance. Here’s everything about the Overwatch 2 Ranking System, Tiers and Divisions, and how to unlock the Competitive. 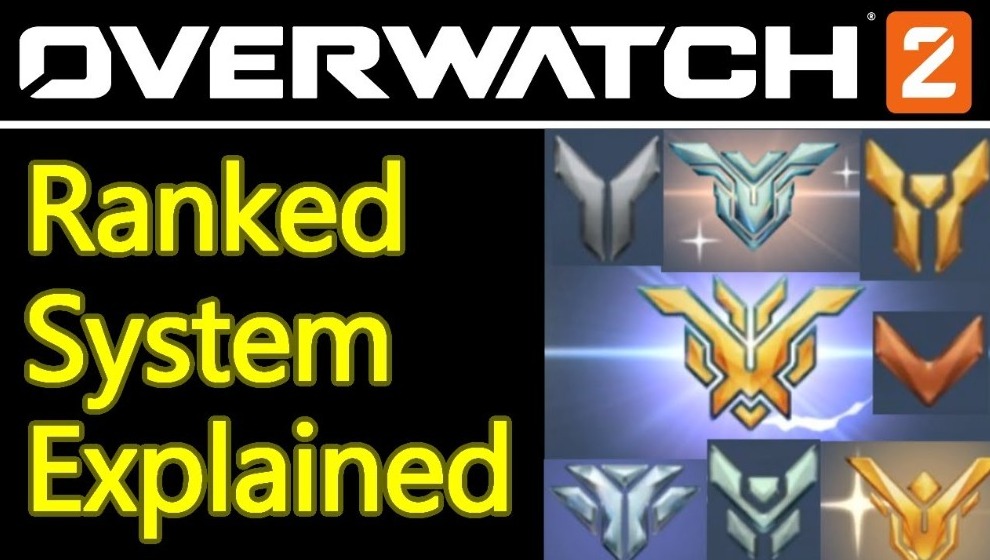 Overwatch 2 features a number of changes to the game including some to how the competitive ranked mode works. The Competitive System is similar to the original Overwatch but emphasizes consistent performance as compared to individual games.

You’ll have the basic idea of Overwatch 2’s Competitive of how ranks are assigned and how to earn points if you are a returning player. This post will still help you to understand the revamped mannerism.

How to Unlock Competitive Play in Overwatch 2?

Overwatch 2 lets returning players, who sync their same Battle.net account that they played Overwatch with, jump into Competitive or Ranked matches directly. However, if you are a new player, you’ll have to spend some completing games to unlock it.

Newer players must unlock Competitive mode first by playing through the “First Time User Experience.” They must complete the tutorials and win 50 matches of quick play. Remember that you need 50 wins and not 50 games to unlock Competitive Play in Overwatch 2. 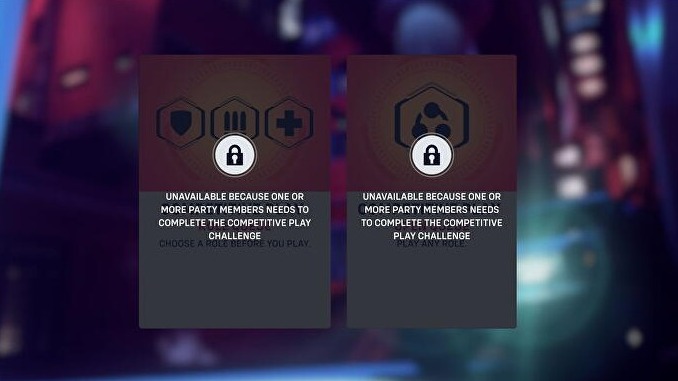 Blizzard outlined the reason for this in an official blog post. “This gives new players time to prepare for the higher expectations that come with Competitive, while veteran players don’t feel discouraged by teammates who have less experience,” it states.

What Modes are Available for Competitive Play in Overwatch 2?

There are two Competitive/ Ranked modes available in Overwatch 2- Role Queue and Open Queue. Both modes require you to compete and win 50 games if you are a new player. Once you have won the 50th quick play game, you can choose from either of these.

Role Queue will let you keep one tank hero, two damage heroes, and two support heroes in your team. You can select the roles you want to queue for, play matches, and earn an individual rank for each role. 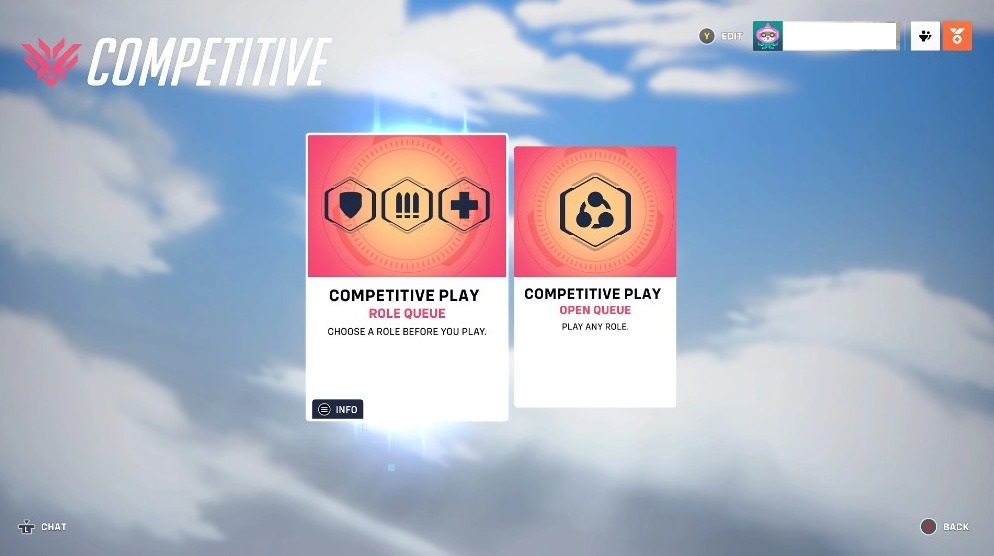 Meanwhile, Open Queue lets you choose any hero in any role and get one universal rank. It’s just like Overwatch was when it launched back in 2016.

Overwatch 2 Tiers: All Ranks and Divisions

Overwatch 2 features eight tiers and each of them has five divisions starting from 5 and going to up to 1, except for the top-most tier- Top 500. Here are all the Overwatch 2 Ranks (Tiers and Divisions):

You will start off from the bottom (Bronze 5) and move upward depending on your performance and skills.

How do the Ranking and Placement Work in Overwatch 2?

Overwatch 2 has made certain changes to how the rankings and placements work. The core has been retained from the original Overwatch and you’ll still have to play some games before you reach a rank. 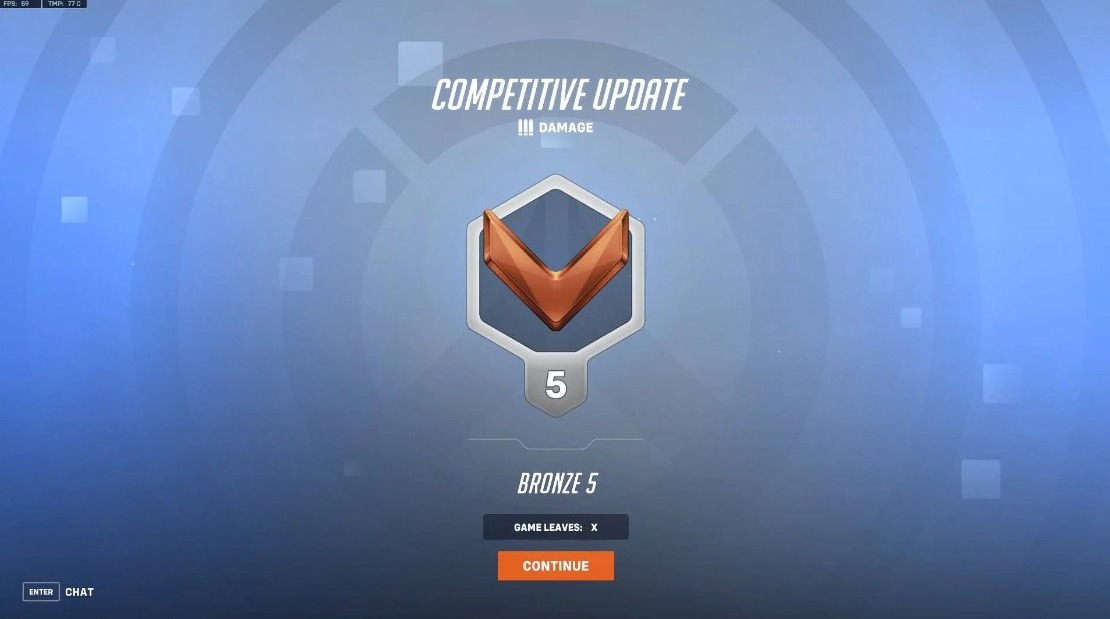 However, if you are a returning player who has played Competitive Play in Overwatch, your tier will be adjusted according to the game’s new ranking system. Your rank will be a bit lower than before but you can reach your original rank faster than others.

The most notable change from Overwatch 1 is that you will not be able to see your skill rating and your rank won’t go up or down after individual games. You’ll simply find your skill tier after the number of specified results.

When is the Top 500 released in Overwatch 2?

The Top 500 leaderboard consisting of the elite Overwatch 2 players is released two weeks into every season. It’s the same time when the new Hero becomes available to play in ranked games.

For instance, Overwatch 2 Season 1’s Top 500 leaderboard will be released on October 18, 2022, and Kiriko will be available to play in ranked games on the same date. 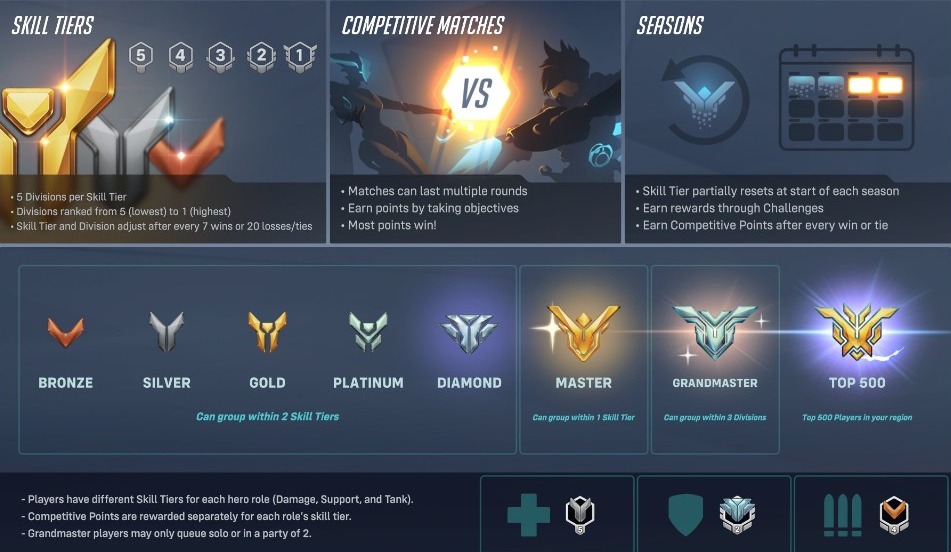 The Top 500 is a dynamic list of 500 of the highest-ranked players. It doesn’t need you to be in a certain rank to qualify for it as the game takes a snapshot of whoever has got the highest skill rating. You must play 25 matches in Role Queue and 50 in Open Queue for qualifying though.

The leaderboard usually features players from the Grandmaster and Master tiers. Another point to note is that if you take an extended break from playing, the MMR (invisible in Overwatch 2) will drop and you’ll be played in easier games to hone your skills.

What are the Tier-based Limitations in Overwatch 2 Competitive?

These limitations help maintain fair play and prevent any abusive or mischievous players from ruining the hard work of pros. If you just want to have fun playing the game with your friends, there are modes available outside Competitive Play.

How to Rank Up in Overwatch and Earn Rewards?

You can easily rank up by playing as many games as you can in Overwatch 2 and giving your best. There are new limited-ranking titles for name cards that you can earn as you progress through the ranks.

The reward currency is still the competitive points that you can use to unlock golden weapons for your Overwatch 2 Heroes. Remember that commemorative sprays and icons that you earn each season and the Top 500 sprays and icons are removed on expiry. 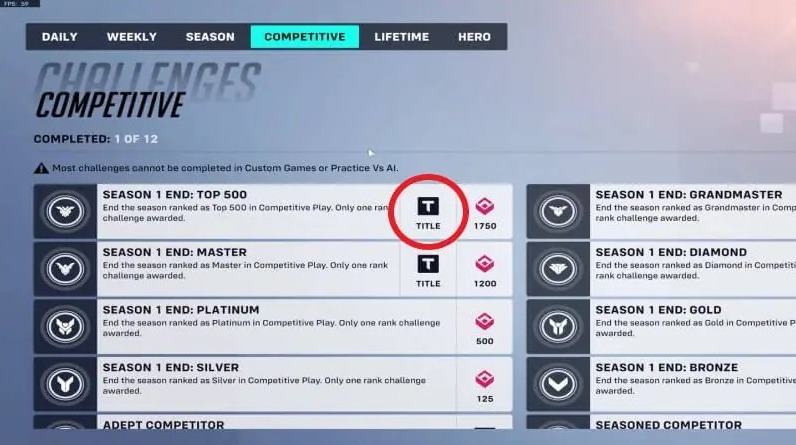 Here is the point system that Overwatch 2 uses in a simple manner:

If you understand this system, you can easily rank up by playing with your friends and shooting down your opponents. You can also earn certain trophies and achievements while ranking up.

Here’s an overview of how many skill points you need in Overwatch 2 to unlock ranks and tiers in Competitive Play and what rewards you can earn in the process:

That’s all you need to understand about the ranking system in Overwatch 2’s Competitive Play.

Overwatch 2 has faced a fair number of issues upon launch after getting hit by a DDoS attack. “Login error” and “player is on another version” are the two most common problems that Overwatch 2 players encountered initially.

Along with these, there was one more issue that made Overwatch 2 players frustrated. It was the problem with the Ranking System. Due to an issue, Overwatch 2 players were not getting ranks and were getting kicked out from Competitive Play despite being qualified players.

Many of the returning players who have played Overwatch previously were not able to enter Competitive Play in Overwatch 2. Whenever they tried to play ranked matches, they encountered certain error messages.

Some players also reported that they didn’t reach Bronze 5 (the lowest rank) despite winning seven games or losing twenty games. There were plenty of reports from Overwatch 2 players about ranks not updating as planned.

How to Fix the Overwatch 2 Ranking System Error?

There’s no way to fix Overwatch 2’s Ranking System in Competitive Play on your own right now. You can only get educated about the changes and clear your misconceptions with the sections shared above. Other than that, we can only wait for Blizzard to resolve the issues.

Blizzard is yet to acknowledge the problems with the Ranking System in Overwatch 2. Meanwhile, players are leading tweets on Twitter claiming that it’s broken and there’s no way to fix it.

Previously, Blizzard outlined their long-term plans for Overwatch 2’s Competitive but they are yet to manage things properly as of this writing. We’ll keep you posted once a resolution is released by the developer.

That’s all for this post. I hope you have understood the complicated Competitive System in Overwatch 2 now.