Gotham Knights Release Date and Time for PC and Consoles

Gotham Knights, one of the most awaited games coming this year, is finally here. Check out the release date and launch time of Warner Bros’ Gotham Knights in different regions including the United States and cities across the globe here for PC, PlayStation, and Xbox. 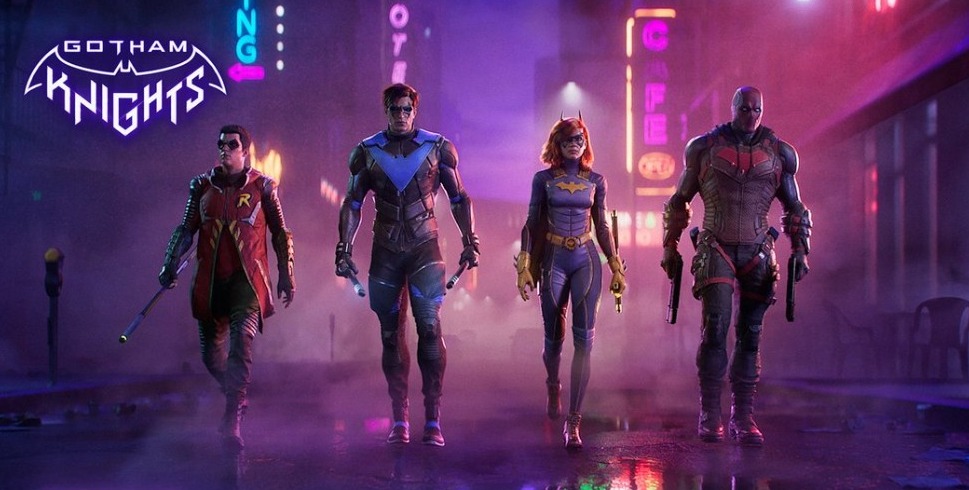 Gotham Knights are set to protect the city of Gotham in the absence of Batman and Commissioner Gordon. The knights consist of the Bat-Family members including Nightwing, Batgirl, Robin, and the Red Hood as they take on numerous familiar and new foes.

The reason why so many people are excited about the game is that it’s developed by the team behind Arkham Origins and the available gameplay footage has been stunning.

Gotham Knights Release Date: When is it coming?

The release date of Gotham Knights is set for Friday, October 21, 2022, worldwide. The launch date was previously preponed as the initially announced one was October 25th, leaving the fans excited.

This Friday is the time to rise and protect Gotham City. #GothamKnights pic.twitter.com/0ommwIj8wU

Gotham Knights was originally unveiled during the DC FanDome in August 2020. However, the pandemic delayed its launch to 2021 but then it got further delayed to 2022. During the recent Gamescom ONL 2022, we got the confirmed release date for Gotham Knights.

Gotham Knights Release Time: When does it launch in your region?

The official Gotham Knights Twitter handle has confirmed that the game will launch on a rolling basis starting at midnight in your region this Friday. You can take a look at this visual chart to understand that better. 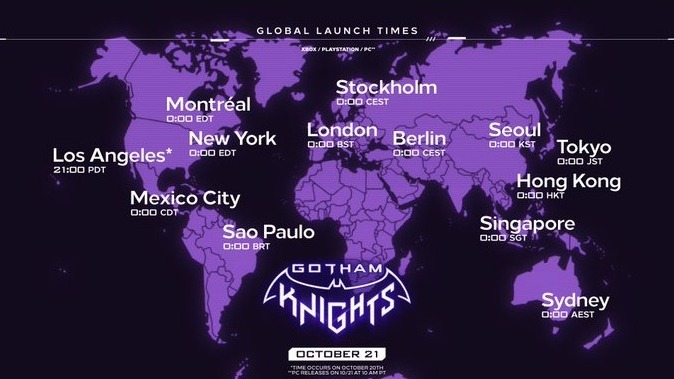 This means that Gotham Knights will be available to play on Friday, October 21st at midnight in each region. However, West Coast gamers are an exception as they can start playing Gotham Knights at 9 PM on October 20th (Thursday).

According to the game listing on stores like the PSN Store, Gotham Knights will be available at 00:00 ET/ 00:00 BST/ 21:00 PT (Thursday). Players are also looking for ways to play Gotham Knights early by switching their region to New Zealand.

Gotham Knights will run on 30FPS on Next-Gen Consoles

It has been confirmed that the upcoming Batman universe game, Gotham Knights, will only run at 30FPS on PlayStation and Xbox Series X|S and there is no 60FPS Performance mode available in it. The news has left the players waiting for the game disappointed.

This disappointing announcement came via executive producer Fleur Marty who explained the lack of a 60FPS option console via the Gotham Knights’ Discord server. She stated that the decision was needed to accommodate features like untethered co-op, a large and more detailed open world, and others. 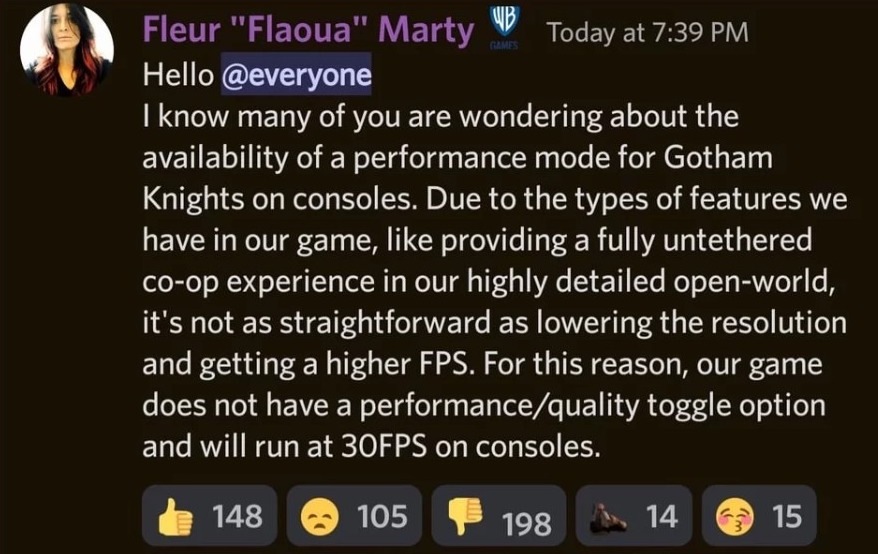 This is a piece of rather surprising news as Gotham Knights is not launching on the previous generation of consoles- PlayStation 4 and Xbox One. It’s not available on Nintendo Switch either. Hence, players could easily co-op at 60FPS on PS5, Xbox Series X|S, and PC.

Players are discussing the same thing on Twitter while some are waiting for the developers to add the mode later.

Here are the minimum and recommended system requirements to run and play Gotham Knights on Windows PC fluently:

Gotham Knights is finally here and the initial reviews are out. Some of the features of the game have received mixed reviews while the majority are praising the amazing and iconic cast and the game’s solid writing.

Are you looking forward to trying the game?