Elden Ring has become massively popular in a very short span of time. Players are loving it but they’ll love it more while enjoying the game with their friends. However, the cross-play support in Elden Ring can be a bit confusing for starters, they keep wondering if there is cross-platform multiplayer available or not. 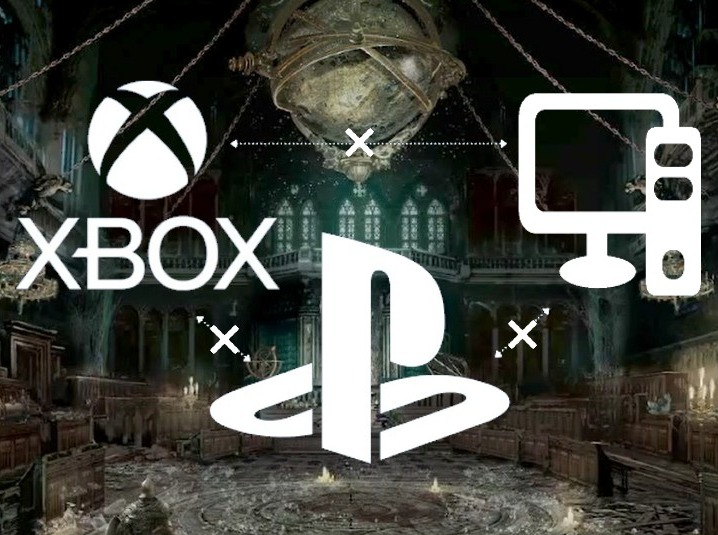 If you have the same concern, we have developed this guide to explain Elden Ring’s cross-play and cross-platform multiplayer. Using this, you’ll be able to figure out how you can play the exciting action RPG with your friends.

Elden Ring features tons of enemies and bosses that are hard to defeat. Getting a helping hand from your friends will surely make it more fun. You and your friends can also enjoy the title while competing against each other in the PvP modes.

Does Elden Ring have Cross-Play Support?

No, Elden Ring does not offer cross-play support between different platforms including PlayStation, Xbox, and Windows PC. It is primarily a single-player game and you’ll have to enjoy it in that manner for the most part.

You will not be able to team up with your friends on a different console or PC to take down the hard bosses together. However, Elden Ring still offers cross-play between the same families of consoles. 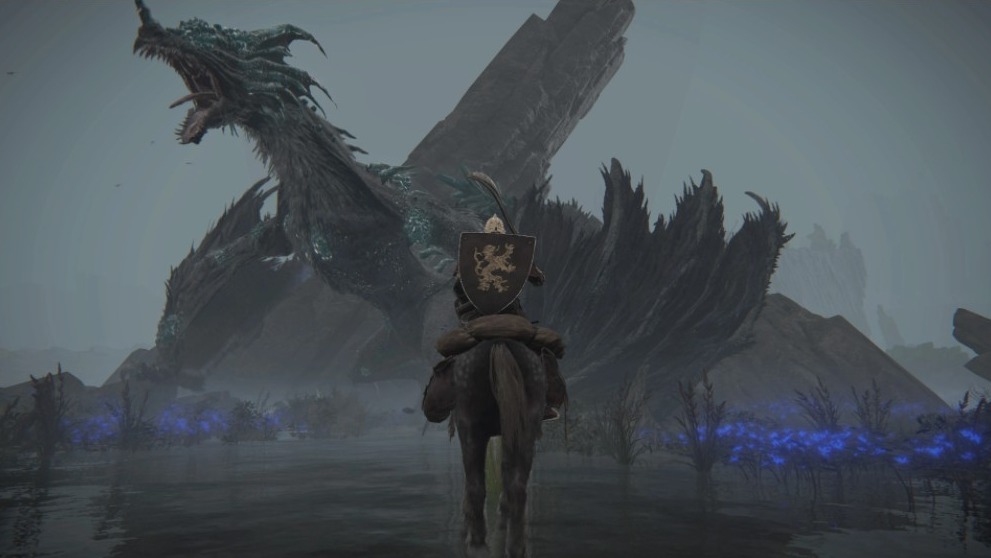 This means PS4 players will be able to play with or against PS5 players and vice versa. The same goes for Xbox One and Xbox Series X/S players. PC players can already team up or play against each other.

It would be incredible if Elden Ring had crossplay between Xbox and Playstation. The player base is segmented and isolated enough as is. pic.twitter.com/ZCdEASGzzQ

This is called Cross-gen playing support, and Elden Ring features it, fortunately. You and your friends can enjoy the game together but all of you should be using the same platform family.

How does Elden Ring Multiplayer Work?

Elden Ring is mainly a single-player action RPG where you embark on your journey in the Lands Between. However, the game also features a multiplayer mechanism that is very similar to previous Dark Souls games.

FromSoftware has added an online co-op experience where you can play together with your friends to defeat powerful enemies when playing PvE. There’s also an online PvP experience available in the game. 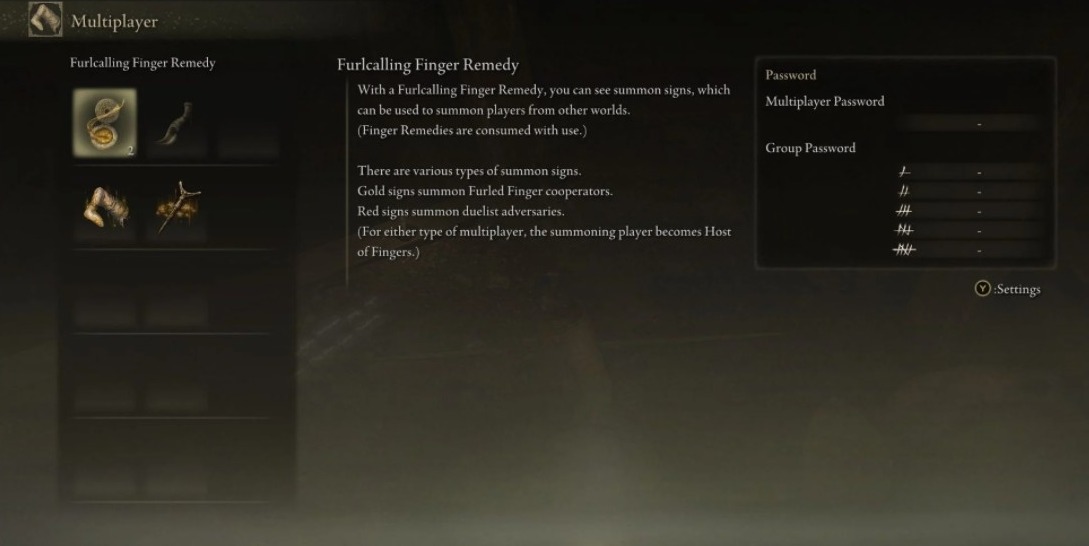 You can unlock the online multiplayer option in Elden Ring just after completing the brief tutorial. You need to go online, connect to the game’s server, and select “Multiplayer” from the in-game menu to start playing with or against your squad. There are also certain items in Elden Ring that you’ll have to unlock to use while playing online multiplayer.

Elden Ring supports cross-gen co-op where you can summon other players into the game using summoning signs. You can assemble a team of up to four players using an item called Furlcalling Finger Remedy.

When you use it in the multiplayer menu, you can find summoning signs on the floor. They represent other players that are available to connect with your online. 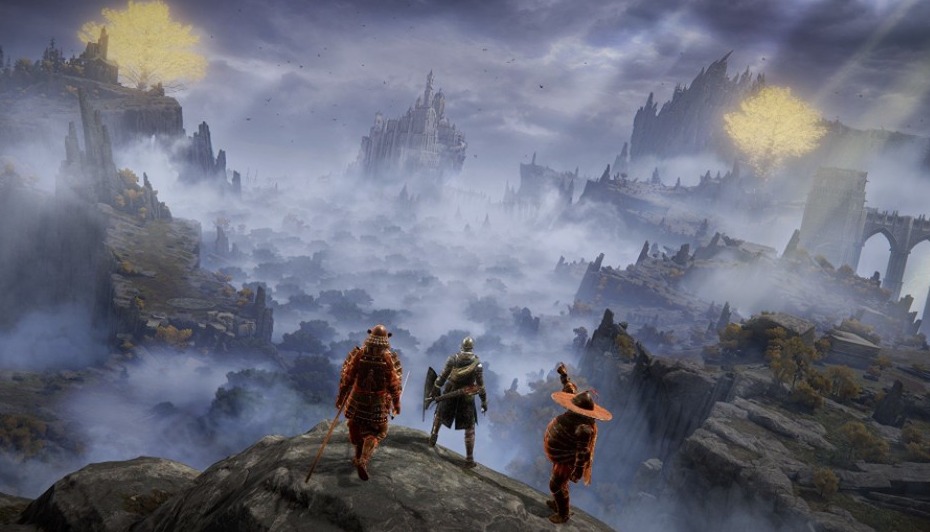 On the other side, if you wish to enter another player’s Elden Ring world, you will have to use the Tarnished Furled Finger. Upon selecting it from the multiplayer menu, your summoning sign will be placed on the floor and the player using a Furlcalling Finger Remedy can summon you.

When the summoning is done properly, you will see a note on the screen stating that you are about to be summoned into another player’s game.

How to Summon other Players to Elden Ring for Boss Fights?

If you are intending to summon your friends or random players to beat tougher enemies and bosses, Elden Ring allows that too. You need to attempt a specific boss fight in multiplayer and then interact with the little statuettes situation near boss arenas.

If you do that right, you will see a note saying that the “Summoning pool is open for business.” You can then find summoning signs and call any player into your world. 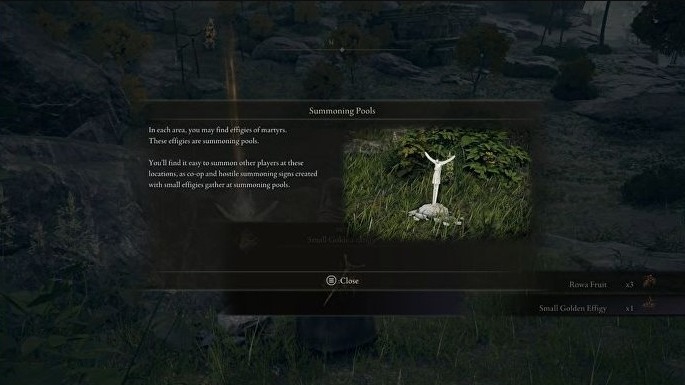 You can also password-protect your game to summon only your friends and prevent strangers from entering your game. You can find the option in the multiplayer tab of the pause menu. Just select “Multiplayer Password” and set a strong one.

After that, share this password with your friends and then you all can start playing Elden Ring with cooperation. This is very useful while fighting bosses like Margit, Crucible Knight, etc.

Elden Ring also lets you battle against your friends using cool weapons and shields available in the game under the PvE experience. You will have to turn on your friends or strangers using certain items.

You can use the Duelist’s Furled Finger to leave a red sign on the floor that other players wills ee. This sign suggests you are offering a PvP duel. When other players accept it, you both can fight until either of you runs out of life. 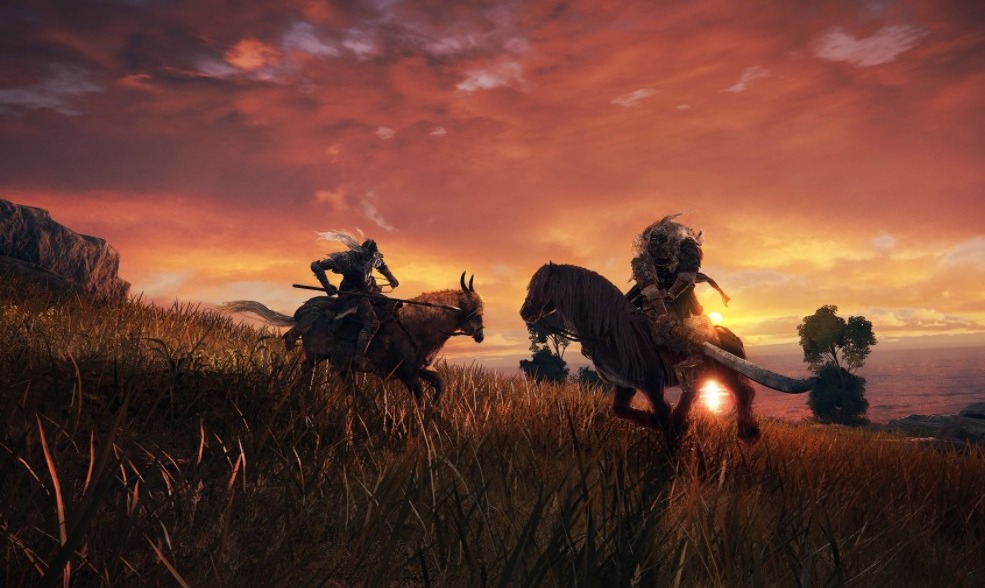 You can also use the Bloody Finger that allows you to choose a player whose world you want to invade. Upon using this, you can enter someone’s world unannounced and make the game more challenging for them while trying to kill them.

How to Get Multiplayer Items in Elden Ring?

Here are all the Multiplayer Items in Elden Ring and how you can get them:

You can get it by crafting it using two Erdleaf Flowers. The Crafting Kit is required for this, and you can buy it from Merchant Kale at the Church of Elleh. 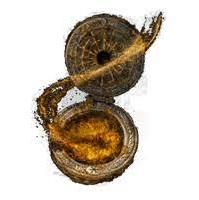 You can find it on a skeleton in the cave where you start your journey in the Lands Between. 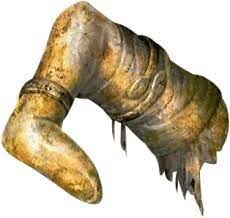 You can get it by pillaging it from a burnt corpse that is present to the north-east of the Stormhill Shack Site of Grace in Limgrave. 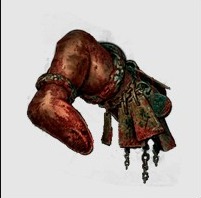 You will get it after completing the quest chain consisting of a series of invasions from White-Faced Varre (NPC) which starts from the Rose Church in the Liurnia of the Lakes. 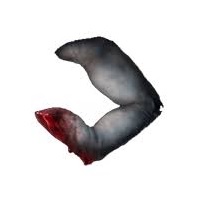 That’s how you can get all the multiplayer items in Elden Ring.

Will Elden Ring ever have Cross-platform Multiplayer?

Will Elden Ring ever have cross-platform multiplayer support or not? We believe that it probably will not happen, unfortunately, at least not anytime soon. Neither Bandai Namco nor FromSoftware has shared any details about it.

Players are eager for Elden Ring to introduce cross-play between different families of consoles and consoles to PC.

As a single player/co-op experience, Elden Ring is pretty perfect. But my ONLY real complaint with the game is how the PVP is handled, the lack of covenants, no crossplay, etc.

I really wish there was crossplay for elden ring

I wish Elden Ring had crossplay between consoles and PC

Most of the recent releases haven’t featured cross-platform multiplayer and only support cross-gen cross-play. Gran Turismo 7 is an ideal example of that. However, we can’t rule the possibility either. We have recently seen For Honor receive cross-platform support five years after launch.

What the future holds for Elden Ring is currently only known to the officials heading the studio. We cannot predict anything as of now. It’ll be very interesting to see if that happens as players will be able to enjoy the game with any of their friends.

What do you think about it? Should the developer add cross-platform playing support to Elden Ring? Pour down your thoughts in the comments.