The Lincoln Lawyer: 15 Interesting Facts About The Series

The Lincoln Lawyer is a series that has captured our attention and intends to keep it for the foreseeable future. The series has received a lot of positive feedback from the audience. This is a legal drama.

It stars Manuel Garcia-Rulfo as Mickey Haller, a Los Angeles defense attorney who works from a chauffeured Lincoln Navigator rather than an office. On May 13, 2022, it officially launched on Netflix.

Spectators enjoyed the tension between the actors as several themes were managed to play through at the same time. Can we, however, make The Lincoln Lawyer more compelling? That’s an odd question, but there’s something you’d like to explore. 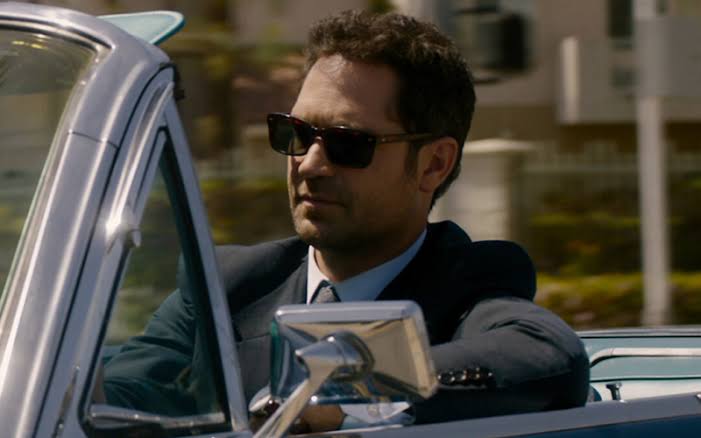 How about we talk about some interesting facts about the series that you will most likely enjoy discovering?

‘The Lincoln Lawyer’ Is Filled With 15 Not-So-Known Facts

We watched the series and liked it, but there is always a struggle behind several masterpieces like this. And there are always experiences and rejections, and something is going on.

As a result, we compiled a list of 15 captivating facts about The Lincoln Lawyer series. Not one, but fifteen. What exactly are you waiting for? Check it out below.

1. The Lincoln Lawyer Is Based On Michael Connelly’s Second Novel

You might be wondering if we all know that the series is actually a book adaptation and is based on Michael Connelly’s novels. That instinct is completely correct. However, there is a catch.

The series is based on the second book in the series, ‘The Brass Verdict.’ And, wait for it, it’s a sequel to Michael’s first book, ‘The Lincoln Lawyer.’ Confused? To be clear, the series, despite sharing the same name as the eponymous novel, is based on author Michael Connelly’s second Mickey Haller novel.

In 2011, the first book in the collection was made into a film starring Matthew McConaughey. 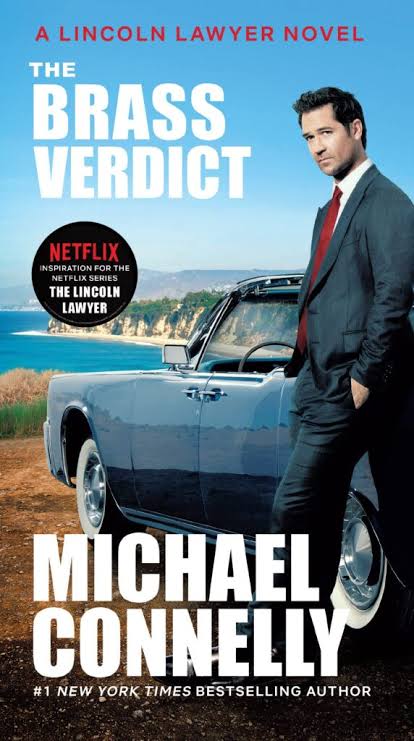 In response to your statement, ‘Where did that come from?’ It’s actually quite transparent. The Lincoln Lawyer series takes place in the same universe as Connelly’s other series about the LAPD Detective series.

Harry Bosch, which itself is featured in ‘Bosch’ on Amazon and ‘Bosch Legacy’ on Freevee. Harry Bosch and our Mickey Haller are half-brothers, and their characters cross paths in a few books. 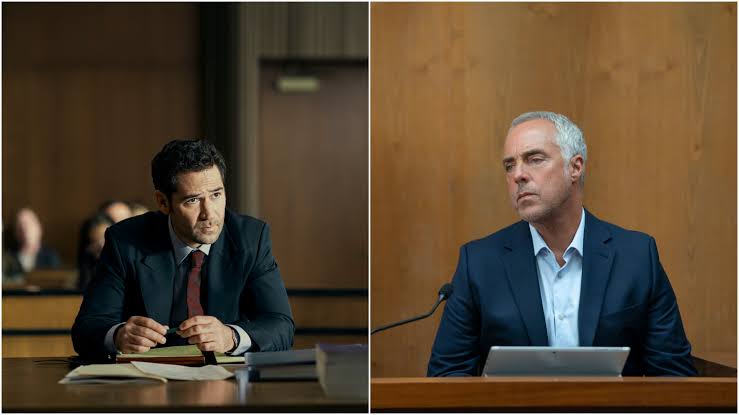 “Since we have competing studios, that’s not going to be a thing in the shows. I understand,” Connelly said in an interview regarding the crossover. “But if we got Amazon and Netflix working together, we could also solve world peace.”

Titus Welliver also confirmed that won’t have a crossover, “Well, we can’t, because of the [bifurcated] rights. Lincoln Lawyer is at Netflix and Bosch is at Amazon, so they can’t cross-pollinate. But this is something that we’ve all sort of struggling with, and it goes both ways. We’ve had to do the same thing on Bosch with the Haller character.”

3. Mickey Haller Is A Character To Whom Everybody Connects

The lead character Manuel Garcia-Rulfo portraying Mickey Haller in the series talked about something engaging. He said that Mickey is one of that personality that everybody at some point connects to and mostly even relate to.

He said, “A lot of things. He’s such an interesting character. He’s one of that larger-than-life kind of guys and, for me, it was very appealing to play somebody like that. I also wanted to focus on the vulnerability of the character, to be a very human guy.

He’s dealing with so many things at the same time. He’s coming from [having battled his] addiction, then dealing with the two wives and his daughter. I really wanted to focus on that. Mickey Haller is also one of those characters to whom everybody connects. He’s a man of the people. 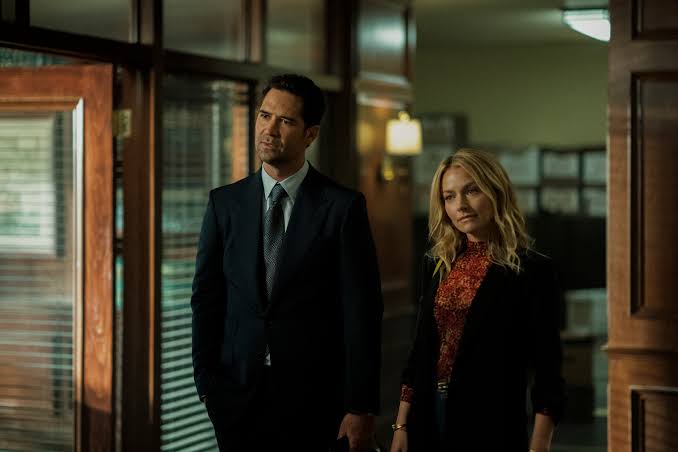 4. About The Owl Logo

5. The Series Was Canceled Right Before The Filming

Uh-oh. Who would have thought that such an amazing series would have ended up in a dumpster if it hadn’t been for streaming platforms? Originally set up with CBS for a 2020 series commitment, it was canceled right before the first episode was filmed due to COVID rise. 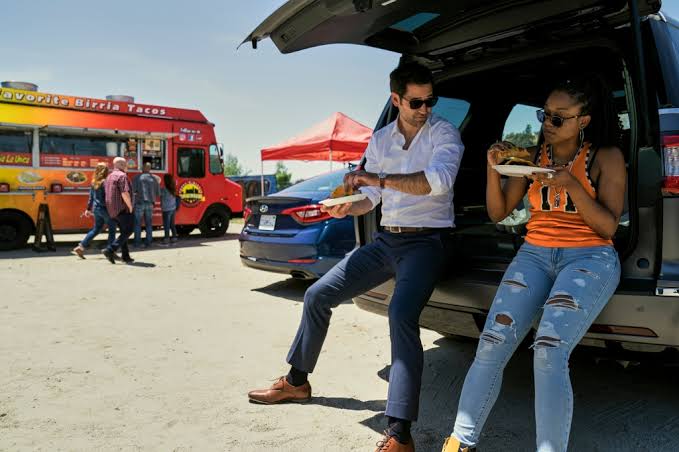 Not in the series but in reality. Before the series was even released, there was a lawsuit. In August 2021, A+E Studios subsidiary Frankl & Bob Films II, LLC sued ViacomCBS for “millions of dollars” in setbacks after deciding not to seek the series the preceding year.

According to the files, ViacomCBS turned down the series because the first episode had not been actually shot, and “that breach ensured that the series would never make it onto broadcast television.”

The complaint filed in Los Angeles Superior Court reads, “ViacomCBS knew that CBS Network had a binding contract with AES and that any breach of the contract would cause AES significant harm. ViacomCBS also knew that it had no justification or excuse for instructing CBS Network to breach the agreement.

ViacomCBS thus willfully and consciously disregarded AES’s contractual rights in directing CBS Network to injure AES by breaching the License Agreement.
It then invented a patently false excuse for the breach, venturing that AES would not be willing to protect itself from such an egregious violation of its rights. 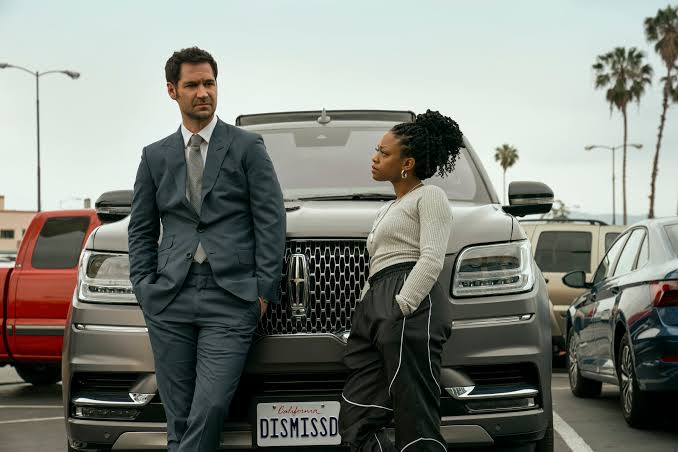 ViacomCBS acted intentionally. fraudulently, and with oppression and malice, without any privilege or justification, and in willful and conscious disregard of AES’s rights in instructing CBS Network to breach the license Agreement.”

The filings claim, “That morning, two CBS Network executives called AES with a bombshell revelation: CBS Network was abandoning the Series. When AES asked them to explain this stunning reversal, they could not. The highest-ranking executive at CBS Network could say only that the decision had been made ‘above my head.’ Only later did AES discover the real reason for the cancellation.”

When you’re watching a show and the main character is one of your favorites, it’s strange to imagine another actor playing that role. Now take into account another fact.

Logan Marshall-Green was in discussions to play the main character Mickey Haller in the Lincoln Lawyer series. He was then replaced by Manuel Garcia-Rulfo.

The author said, “Manuel is the ideal Mickey Haller, as Haller follows in the footsteps of his attorney father with the showmanship of his Mexican movie star mother.

Manuel brings a powerful dynamic and dimension to the role — one that aligns with the books and will give the show the opportunity to celebrate the Latinx heritage and roots of this Los Angeles–based story.” 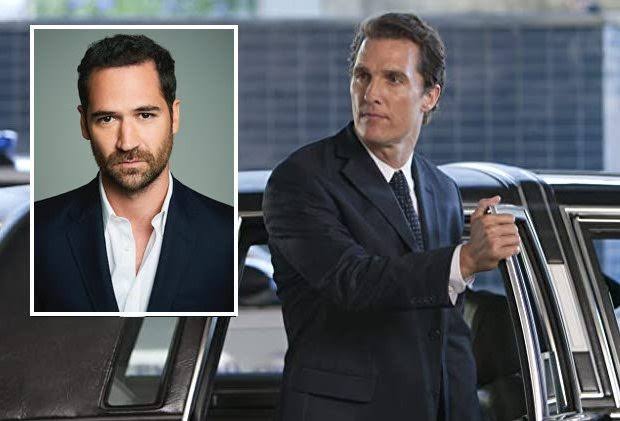 8. Creators Of ‘The Lincoln Lawyer & ‘The Practice’ Is Same

David E. Kelley created The Lincoln Lawyer for television. The series’ creators were also the creators of “The Practice.” Bobby Donnell is the head of a Boston law firm that handles high-profile cases in ‘The Practice.’

The firm’s scandals force the attorneys to decide between legal ethics and personal morality. Lisa Gay Hamilton and Bruce Davison are two performers who have emerged from that series.

Manuel Garcia-Rulfo praised Matthew McConaughey of 2011’s movie in the lead role as remarked the following.

“I remember really liking it, really liking what Matthew McConaughey did. Especially that character. This is great. I mean, I’m telling you. It made my research very easy. But he said, ‘Mickey Haller is a man that dances in the rain without getting wet.’

And that was such a beautiful image for me. It’s an image that spoke so much to me, to see this guy dancing in the rain but still not getting wet.” 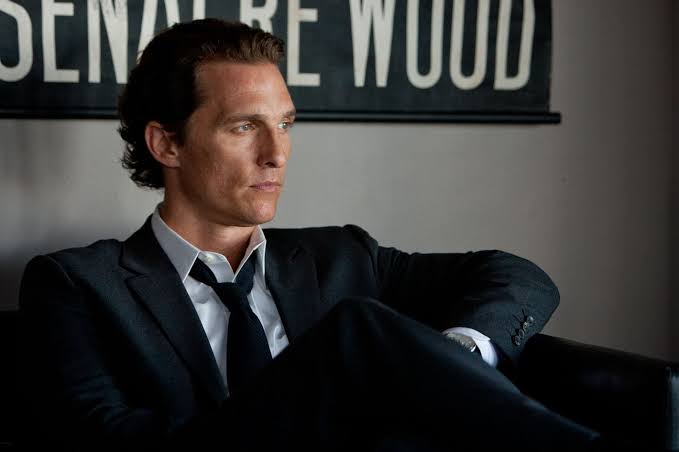 10. The Lincoln Lawyer Is Already Getting A Second Season

Being canceled, then revived, and then given a second season is a huge accomplishment for the show. Yes, season two of The Lincoln Lawyer is on its way.

And it will star our special ones Manuel Garcia-Rulfo, Neve Campbell, Becki Newton, Jazz Raycole, and Angus Simpson.

LA’s finest lawyer is back. The Lincoln Lawyer will return for Season 2 on Netflix. pic.twitter.com/9VRKONBzmX

Later, Campbell confirmed that she won’t be a part of Scream 6 because of her involvement in The Lincoln Lawyer series.

The actress said, “Sadly I won’t be making the next scream film. As a woman, I have had to work extremely hard in my career to establish my value, especially when it comes to Scream.

I felt the offer that was presented to me did not equate to the value I have brought to the franchise.

It’s been a very difficult decision to move on. To all my Scream fans, I love you. You’ve always been so incredibly supportive of me. I’m forever grateful to you and to what this franchise has given me over the past 25 years.”

The finding is becoming increasingly compelling. We already know there will be another season, but there has been an update on the filming schedule. Season 2 filming is set to begin on October 31, 2022, and will last until March 20, 2023, according to reports. The schedule may change slightly, but it will happen soon.

Mickey Haller is a twice-divorced lawyer. When he receives a phone call from his ex-wives, his caller ID reads “First Wife” or “Second Wife,” contingent on whether it’s Maggie or Lorna. It might be confusing to know which one’s calling, right? 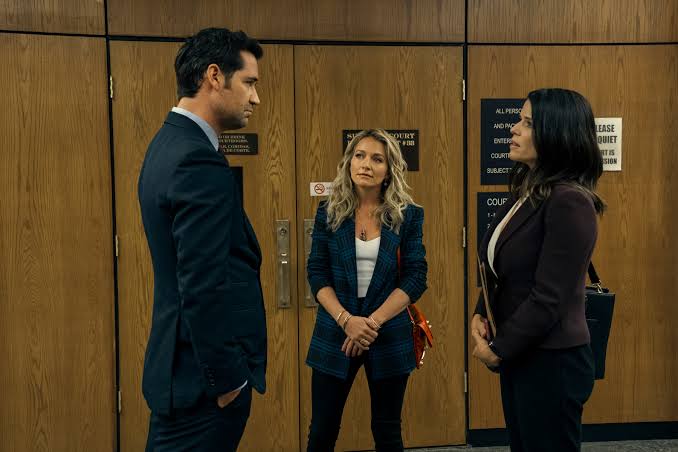 14. The Lincoln Lawyer Is One Of The Most-Watched Show On The Streaming Platform

The series rose to prominence at the speed of light. It is one of the most popular shows on the Netflix streaming platform. And it was the first in the Top 10 series.

In addition, it was the platform’s most-watched English-language series worldwide in its first full week of streaming, with over 108 million viewing hours, more than three times the second-place show.

You will be thrilled by this. Between May 8 and June 5, 2022, 260.53 million hours of the series were watched worldwide. That is completely insane. No wonder why the series received another season. Everything’s amazing from the narrative to the brilliant ensemble.

Netflix described the series by penning, “Sidelined after an accident, hotshot Los Angeles lawyer Mickey Haller restarts his career — and his trademark Lincoln — when he takes on a murder case.”

Come on, you are welcome to drop more interesting facts about the series and its characters in the comment section below. Let’s keep the list going.