It’s back for Pete Davidson, 29 years old, who is back on Instagram this time, along with Eli Manning, 41, the former quarterback of the New York Giants.

As part of their social media campaign, the duo posted several photos and videos showing the two glam hung out inside the apartment of Giants player Davidson, decorated with Giants memorabilia. 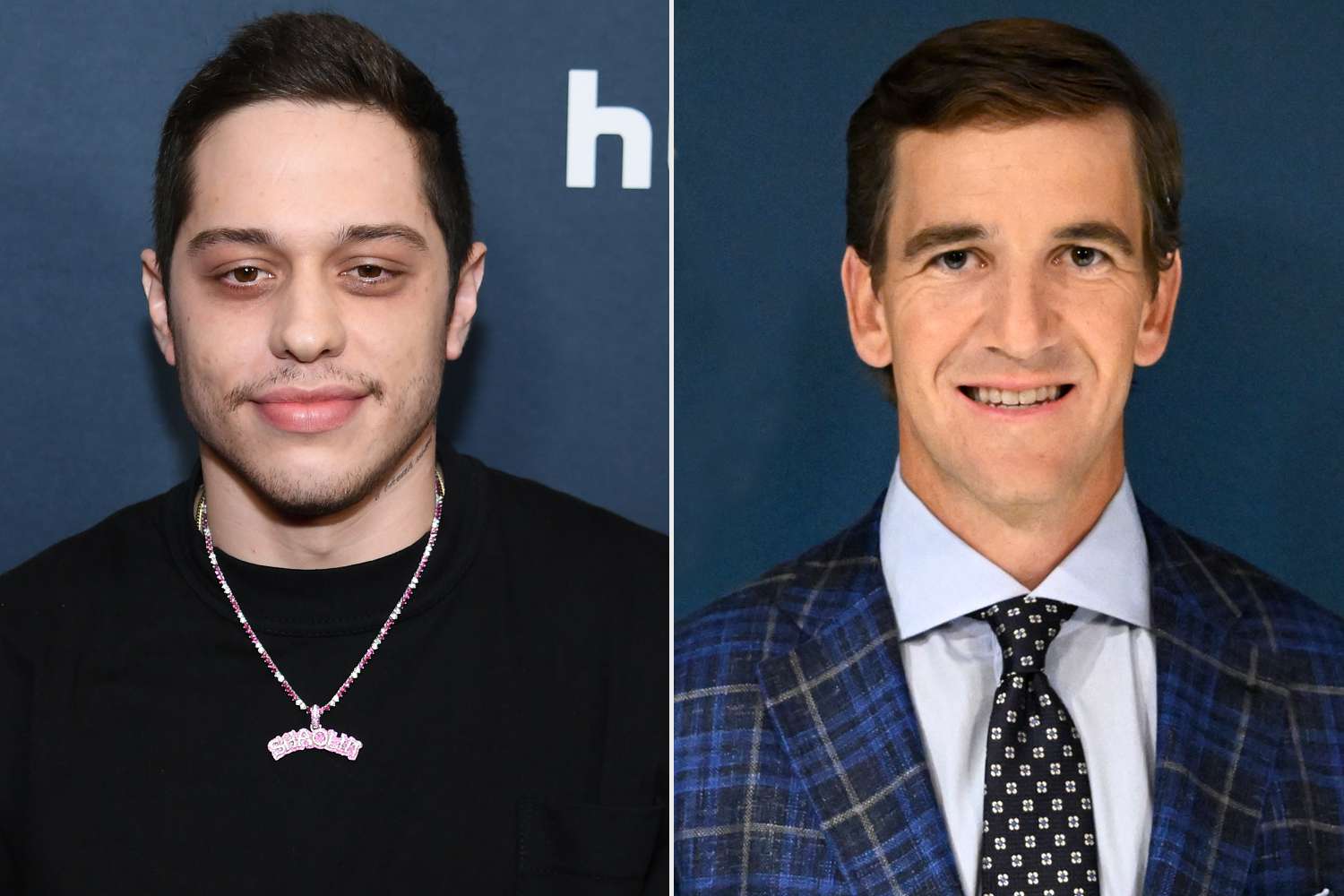 “Hello, Instagram,” Davidson said in a video as he sat on his bed, greeting fans. This was the first post on Manning’s and Davidson’s accounts. “I have decided to return, but only with the GOAT.” Immediately after that, Manning appeared on camera with a sly grin, joking, “You’re bed is so comfortable.”

“Aw, thanks, man. We’ve been having a great time on my bed,” said Davidson, who informed his followers to stay tuned for more pictures to be posted on the ‘gram shortly. As part of the inaugural post, Davidson threw a peace sign at Manning and gave him a smile for the camera while Manning threw a peace sign back at Davidson.

A 13-Minute Video Was Posted On The Giants’ YouTube Channel

Davidson and Manning were seen hanging out at Davidson’s apartment in a video posted to the Giants’ YouTube channel, which lasted for 13 minutes. 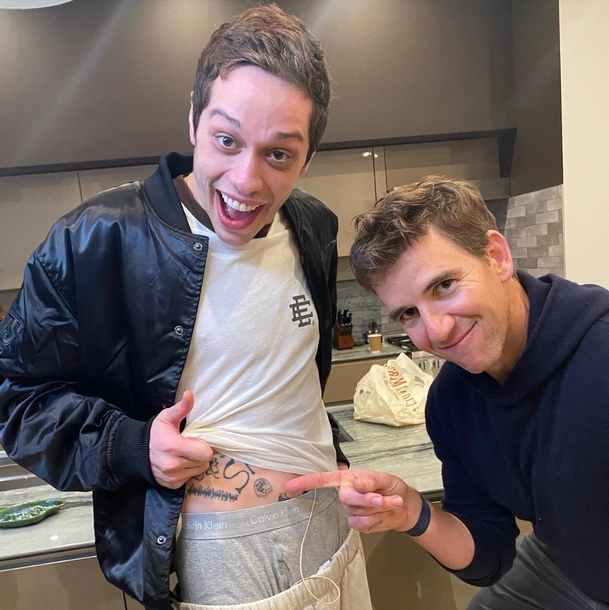 The team was hilariously surprised to discover that Davidson’s room was a shrine to Manning and the Giants when arrived in Davidson’s bedroom. “I’m leaving,” Manning joked. “I’m freaked out a little bit.” Then, after taking a few more moments to explore the room and relax on Davidson’s bed, Manning quipped, “This looks just like my room.”

After Manning beat Davidson in the video game, the guys tossed a football back-and-forth, explored Davidson’s closet and the kitchen, talked with Davidson’s roommate, shared a pizza, and discussed Manning’s time on Saturday Night Live. At the end of the funny video, Manning presented Davidson with a Giants jersey customized just for him.

A week after returning to social media, Pete Davidson deleted his Instagram account that he had used for about a week. As a result of his beef with Kanye West at the time of his return to Instagram, the comedian’s return to Instagram made headlines. In multiple social media posts, Davidson trolled Kim Kardashian over the past year. This was the reason he deleted the app, even though it wasn’t the reason he searched for her. 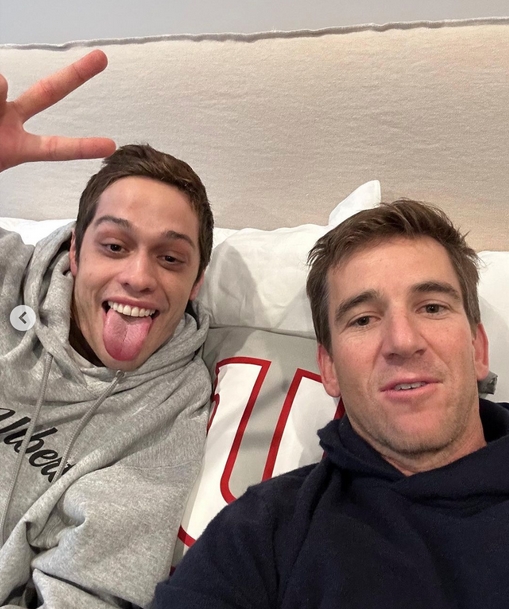 According to a report on Page Six, Pete has not removed his social media profile after Kanye West took down his account. However, a source informed the portal that the reason for him deleting his report was not the same as what the outlet was told initially.

According to a source close to Davidson, Pete deleted his Instagram account because the flood of messages he started receiving after his first post was overwhelming. These messages were both positive and negative immediately after posting. These messages reminded him of why he did not want to be a part of social media in the first place.