Netflix Tudum 2022: Every Announcement Made at the Global Fan Event

Netflix’s global fan event, Tudum, concluded on Saturday and was packed with full of exciting news, first looks, trailer releases, behind-the-scenes footage, and release date announcements. From the new seasons of your favorite shows to new series and films, Netlfix surely has tons of promising content to offer in the next few months.

The streaming giant made exciting announcements about your favorite shows, including The Witcher, The Crown, and You, among others. If you missed any updates during the two-hour-long event, do not worry, we have got you covered! Here is everything that was announced at Tudum 2022. 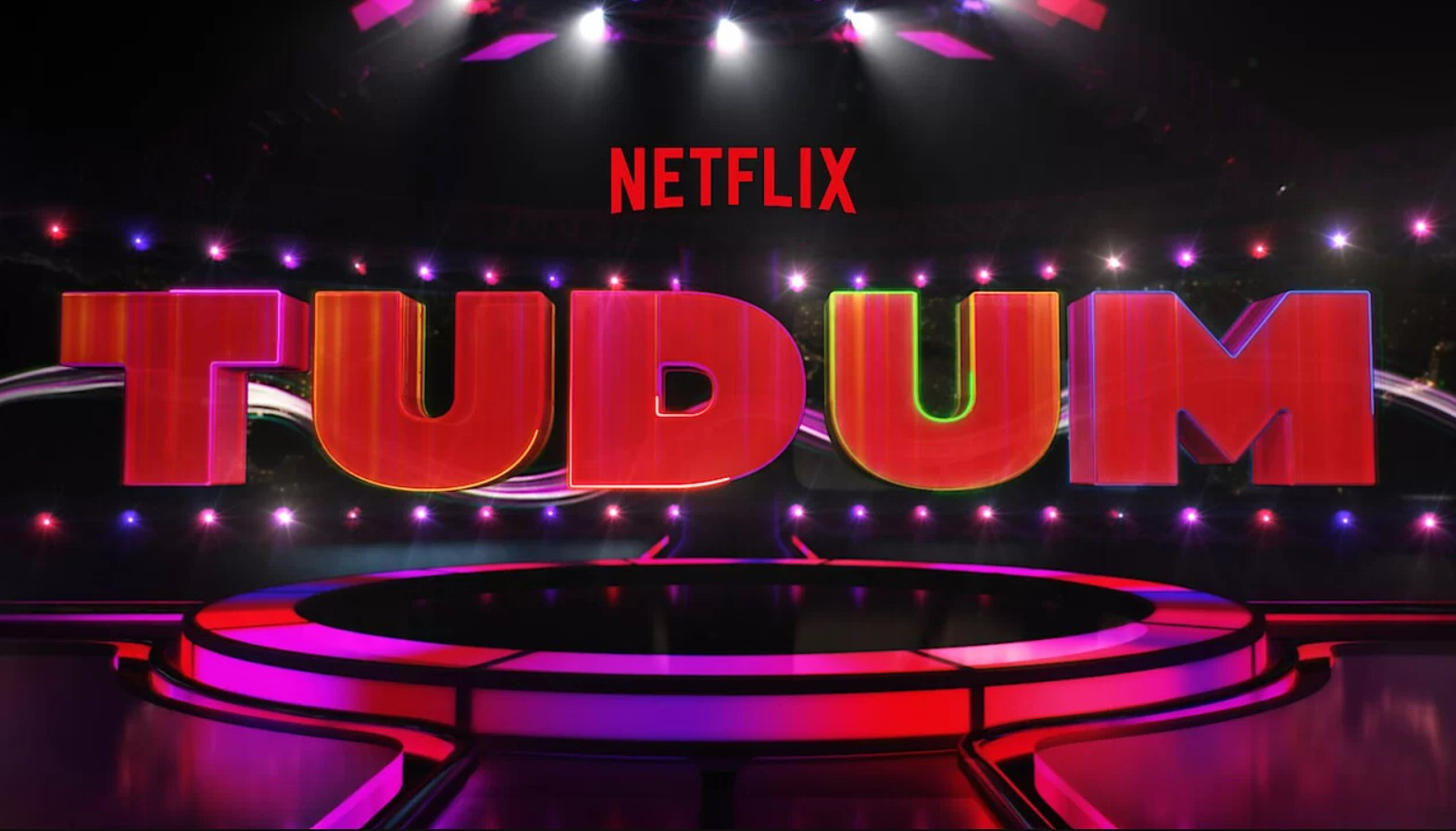 The Sherlock spin-off featuring Millie Bobby Brown and Henry Cavill is soon returning with a Season 2, and Netflix finally dropped its trailer, which features Enola trying to live up to the legacy of her genius detective brother.

A new trailer for the beloved supernatural drama series’ final season has been unveiled. The season, starring Melissa Roxburgh and Josh Dallas, will premiere on November 4.

Lupin season 3 trailer has also been launched, which shows Assane on a rather difficult path, as he tries to do the best for his family while the ghosts of his past haunt him.

Dead to Me Season 3

The trailer for the third and final season of Dead to Me has also been unveiled. Netflix has also confirmed the premiere date as November 17.

Outer Banks is also returning with a new season next year. The streaming platform has shared a teaser trailer for the upcoming season.

Another upcoming series, The Watcher, has got a trailer and a release date. The limited series, which is based on a true story, revolves around the Brannock family moving to their dream home are harassed by a stalker. The thriller show premieres on October 13.

The Mother is an action film starring Jennifer Lopez in the titular role of the mother, who is also a deadly assassin and is on a mission to save her daughter, who she abandoned years ago. The first teaser for the film was shared by Netflix during the event.

Netflix also released the trailer for the science-mystery film, They Cloned Tyrone, which stars John Boyega, Teyonah Parris, and Jamie Foxx. The trio is embroiled in a government experiment and uncovers a wild conspiracy.

Slumberland is a fantasy adventure film starring Jason Momoa and Marlow Barkley. A new clip from the film, which premieres on November 24, has been shared, and it features Jason showing his colorful world to Marlow.

Netflix also released the trailer of Oxenfree, the edition of the game which will be made available on the streaming platform’s gaming service. This version will also follow the story of a group of teens from Camera high on a supernatural adventure.

Heart of Stone is a spy action film starring Gal Gadot, Jamie Doman, and Alia Bhatt. Netflix has now shared the first look at the film, which features some high-octane action sequences along with behind-the-scenes footage.

An exciting clip teasing Bridgerton Season 3 was also unveiled, which features the show’s star Nicola Coughlan spilling the beans on the new season and sharing with fans what to expect from the show.

Netflix also released the first look at the Bridgerton spin-off series Queen Charlotte: A Bridgerton Story. “Bridgerton fans, say hello to India Amarteifio — the incredible young actress who, along with the dynamic duo of Golda Rosheuvel & Adjoa Andoh, will reveal the origins of our beloved Queen Charlotte in a brand new series from Shonda Rhimes,” wrote the streaming service sharing the first look.

A sneak peak of the new season of Shadow and Bone has been revealed. The 40 seconds footage features the main cast Nikolai Lanstov and Wylan Van Eck, along with some new characters.

The first look at the series based on the novel The Three-Body Problem has also been released. The series has been developed by Game of Thrones showrunners David Benioff, D.B. Weiss along with Alexander Woo. The Three-Body Problem will premiere in 2023 and has been described as the “history of humanity from the point of first contact with an alien civilization all the way to the end of the universe.”

The new season of The Crown is coming to Netflix on November 9. The season, which will follow the life of Queen Elizabeth II during the late 1990s, will star Imelda Staunton as the late queen.

One of the most-waited shows on the streaming platform, Emily in Paris Season 3, finally has a release date. Netflix announced the premiere date of the new season as December 21 with a new teaser trailer.

Here's your first look at Emily in Paris Season 3 — and you want to get a sense of the drama… Emily just gave herself bangs! Premieres December 21 #TUDUM pic.twitter.com/AvDGp63j9J

The Henry Cavill starrer fantasy drama will be returning to Netflix with season 3 in summer 2023. The exact date of launch has not been announced, but a poster has been revealed featuring Geralt’s shattered Witcher medallion.

Our family returns! The Witcher is back for Season 3 in Summer 2023 #TUDUM pic.twitter.com/pV414YvRPI

Netflix announced the release date of You Season 4 with a new clip. The first part of the season will premiere on February 10, while the second part will debut a month later on March 10. “Hello, You. Joe is back — but this time, please call him Professor Jonathan Moore. Careful Marienne… you never know who is lurking in London,” wrote Netlfix announcing the date.

The prequel to The Witcher, titled Blood Origin, will release on Netflix on December 25. The series will be set 1200 years before the events of The Witcher. A poster has also been revealed, which does not give away much about the plot of the show. Academy Award-nominated actress Minnie Driver is said to be joining the cast in a role that will connect Blood Origin to The Witcher series.

The Addams Family spin-off: Wednesday will be available to stream on Netflix from November 23. A new clip from the show has also been shared, featuring the lead star Jenna Ortega.

Creators of the superhit German series Dark are coming up with another mystery series titled 1899, which is all set to premiere on November 17. During the event, clips of the cast discussing the show were also released., giving viewers an idea about the storyline.

Your Place or Mine

Netflix has announced the release of the rom-com, Your Place or Mine, starring Reese Witherspoon and Ashton Kutcher. The film will debut on February 10.

Reese Witherspoon and Ashton Kutcher star in the romcom of your dreams.

Your Place or Mine premieres February 10. #TUDUM pic.twitter.com/No4j1VG1zS 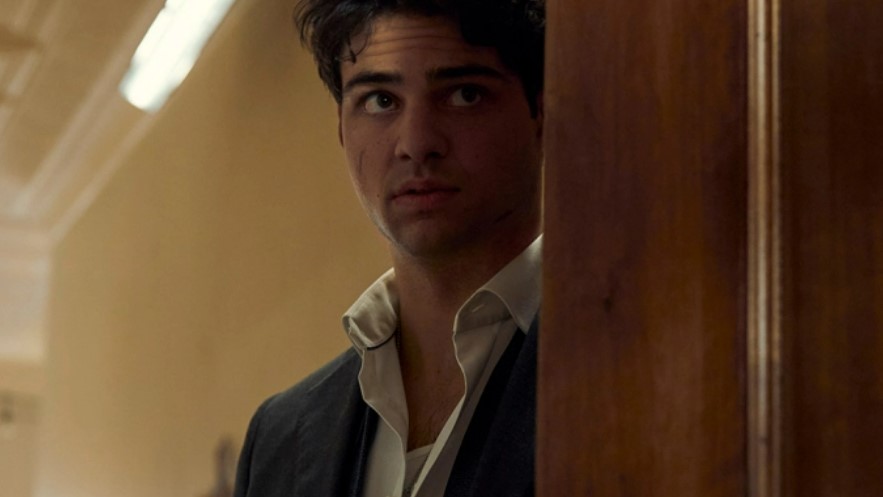 The Redeem Team is an upcoming basketball documentary featuring the late Kobe Bryant alongside LeBron James, Dwyane Wade, and Carmelo Anthony. It follows the U.S Basketball team on their journey to win the gold medal at the 2008 Beijing Olympics. Netflix has shared a new clip from the show.

Glass Onion: A Knives Out Memory

The sequel to Knives Out, Glass Onion, also got a new clip at the event. It features the film director Rian Johnson inviting fans to watch the sneak peak. The cast is then seen solving a puzzle, hinting that the film will revolve around the mystery of the murder of a man.

The School for Good and Evil

The School for Good and Evil is a fantasy film coming to Netflix on October 19. A lengthy clip from the film was shared during Tudum, which features Sophia Anne Caruso, Sofia Wylie, Charlize Theron, and Kerry Washington.

While the streaming platform remained tight-lipped about the upcoming season 5 of Stranger Things, they did have a treat for the show’s fans in the form of a blooper reel from season 4. The clip features the shenanigans that went on during the making of the previous season of the show.

Never have I Ever Season 4 Behind-the-Scenes

Netflix teased the fourth and final season of Never Have I Ever, as the show’s lead characters, Devi, Paxton, and Ben are seen reading their scripts and discussing the new season.

Netflix revealed a blooper reel from the third season of The Umbrella Academy, which shows all the fun and chaos that went into making the season. Elliot Page, Robert Sheehan, Emmy Raver-Lampman and others feature in the reel.

The animated film is releasing on Netflix on December 9. During the event, behind-the-scenes footage from the film was unveiled, which featured director Guillermo Del Toro talking about his vision.

Love is the answer. Kid Cudi and Kenya Barris give #TUDUM an early look – and listen – at this animated love story and concept album, Entergalactic. pic.twitter.com/G89l9h91Pw

A video featuring the filming of some action and stunt scenes for Chris Hemsworth Starter Extraction 2 was also unveiled. “We’re landing helicopters on moving trains. WE ARE BACK for Extraction 2 – where the on-camera stunt-work is just as mind-blowing as the behind-the-scenes effort it takes to shoot it!,” Hemsworth wrote, sharing the clip.

Which announcement has made you the most excited? Tell us in the comments section.