Legends Of Tomorrow Season 8: What to Expect from the Potential Season?

Who else misses the legends team meetings already?

After the conclusion of the seventh season finale, we definitely want more. But looks like the renewal status of season 8 is dicey.

However, he gathers a team of superheroes to oppose Savage’s dastardly agenda and save the planet. 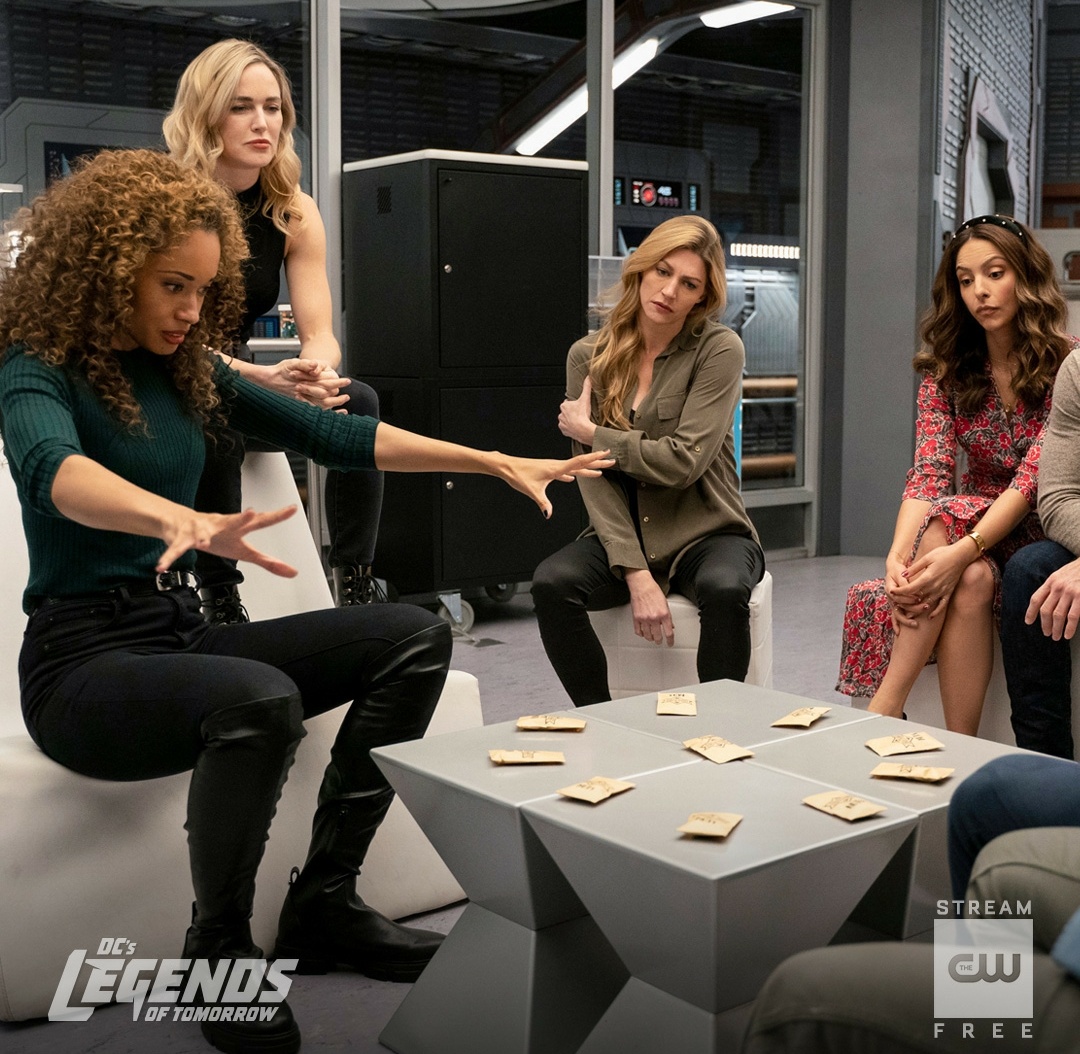 The show, based on DC Comics characters, airs on The CW and is a spin-off including characters from Arrow and The Flash as well as new characters, all situated in the Arrowverse, the same fictional realm.

After Arrow, The Flash, and Supergirl, it is the fourth series in the Arrowverse. The season finale recently concluded on March 2, 2022, which piqued our interest in the possibility of another season.

Why are we saying that? Because recently there are multiple rumors that are revolving on the internet regarding this show. To begin with, the show hasn’t been renewed for a season 8 by the creators or the streaming platform.

But co-showrunner Keto Shimizu comes to the rescue. Keto told a media outlet that the story was far from over. 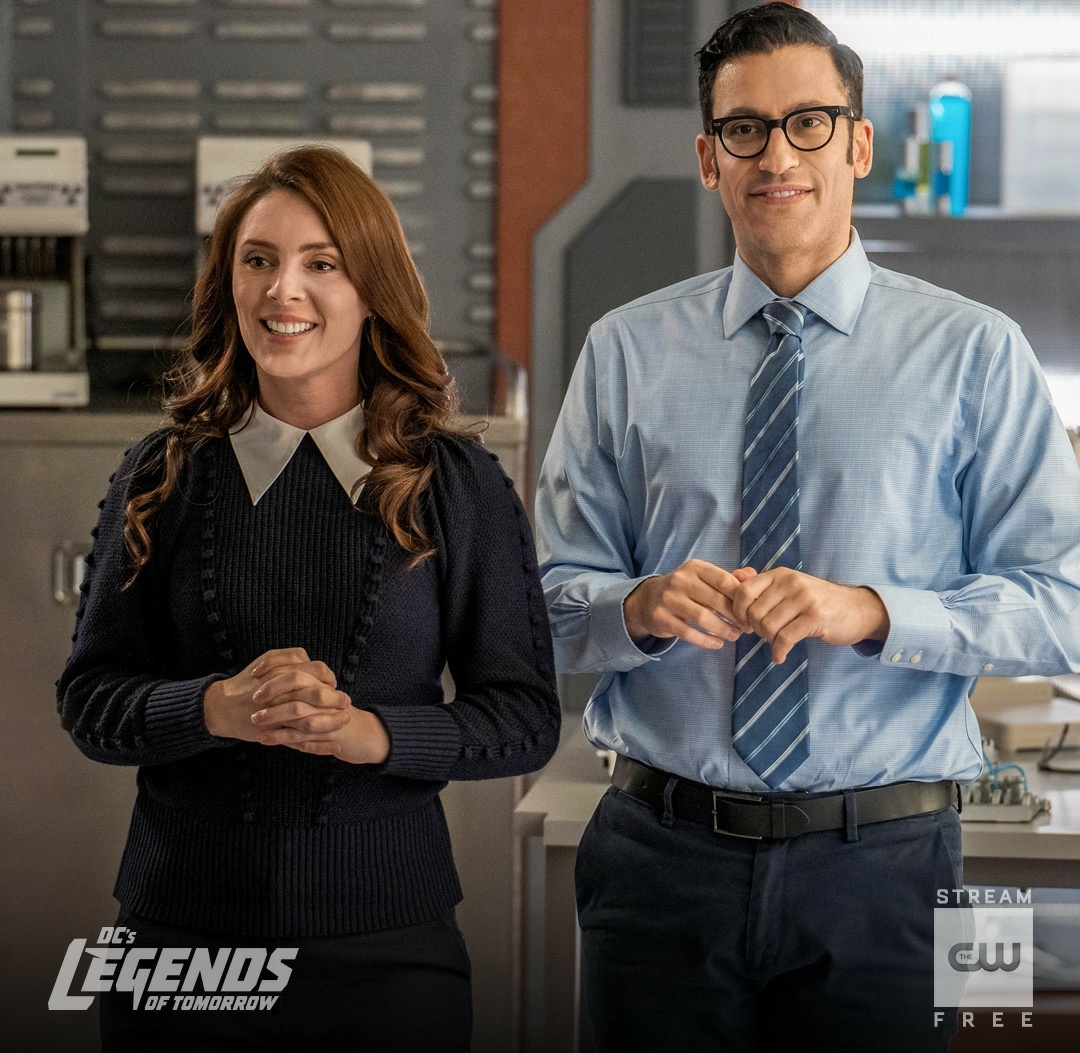 “Just because of the timing of everything, we had to just go forth and create a story that felt satisfying and exciting for us as writers and thinking [about] the fans and what they would want to see, but not having any idea of whether or not we would continue this story afterward.”

If we want another season, it appears that a large number of people will need to watch the show.

What Can Happen In The Potential Season 8 Of Legends Of Tomorrow?

Keto Shimizu, co-showrunner, addresses Booster Gold’s Arrowverse appearance & Sara’s baby announcement, and what it all means for a possible Season 8.

Despite the fact that the show’s renewal status is currently pending, there’s a good number of stories left. 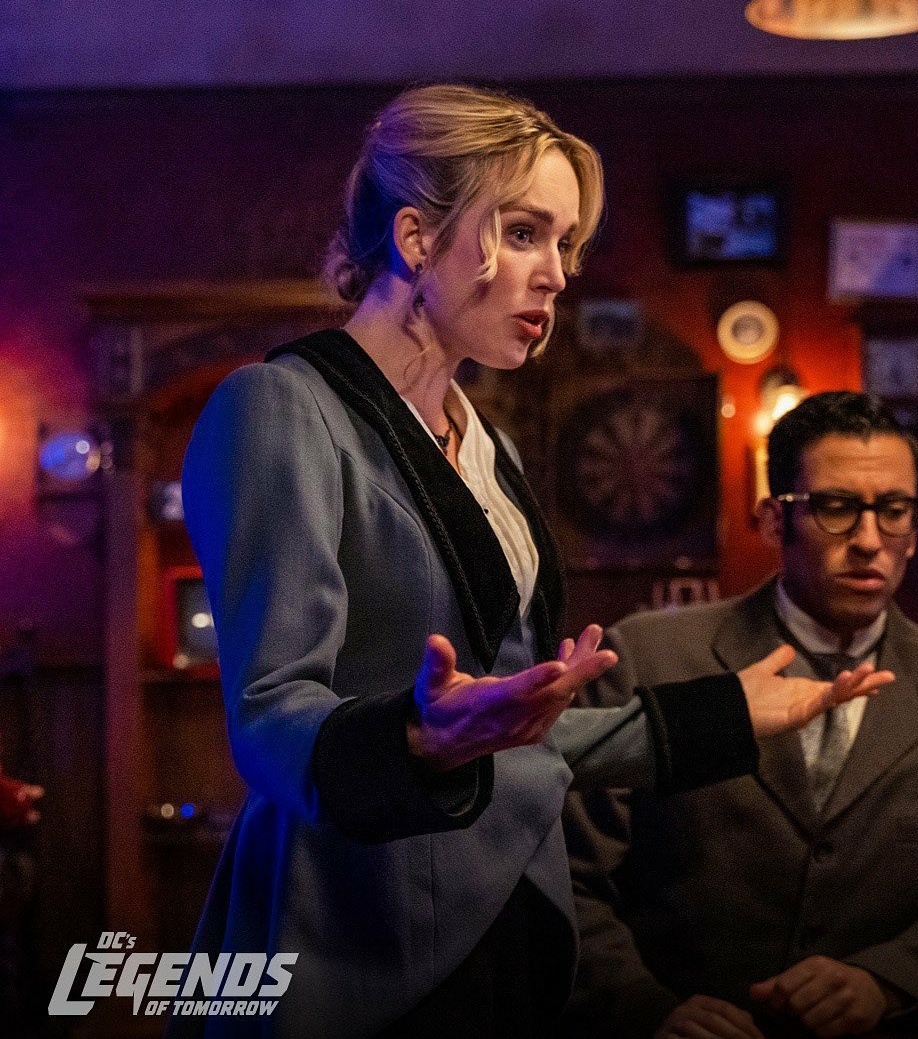 When queried about Booster Gold’s Arrowverse presence, he sneaks into the Legends’ lives and ultimately ended up arresting them for time violations. What impact will this have on a potential Season 8?

According to Keto, “Well, it’s going to have a huge impact on a potential Season 8 in that they’re going to be in jail. [Laughs] Every season is something new.

We’re going to find out more about this organization that has put all the fixers in all these different places and find out what happens when you commit too many time crimes.” 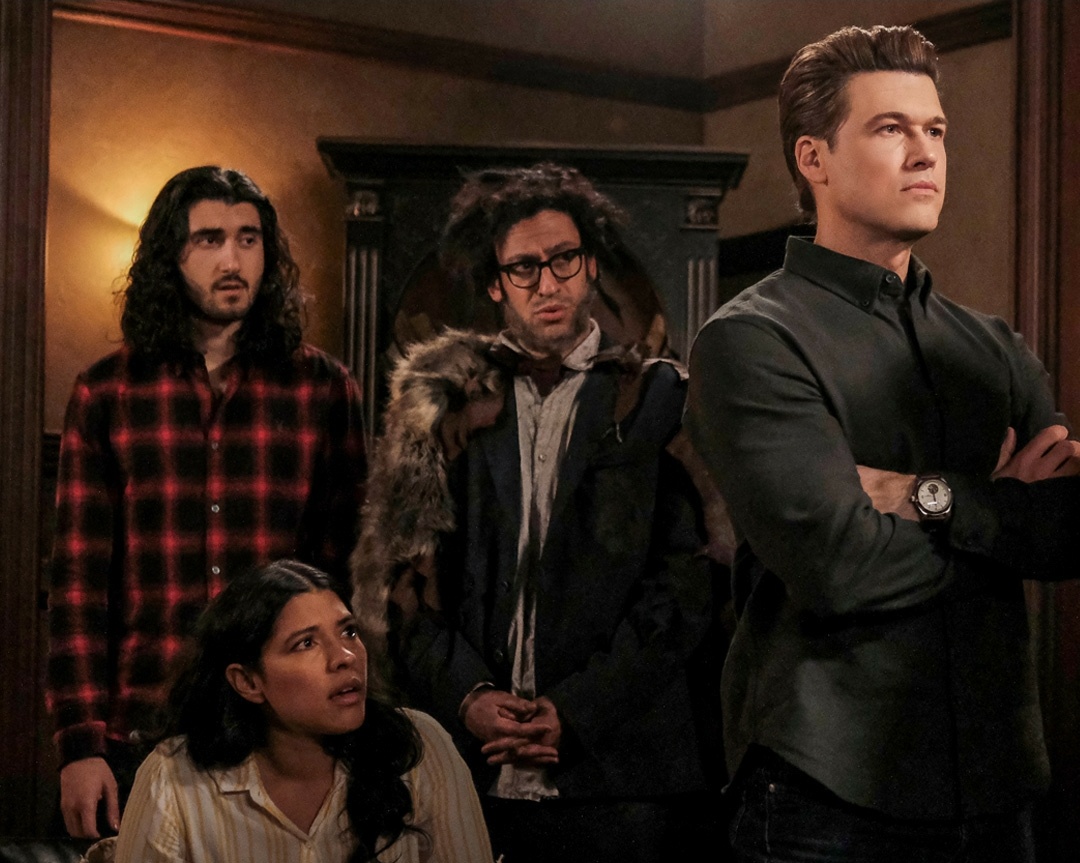 Keto was questioned about Sara’s baby news. And how it will play out in the upcoming season during the same discussion, and the co-showrunner did share some insight.

“We wanted to make sure that there were real stakes for Sara and her changing body. This is something that happens when women get pregnant is they suddenly feel like they lose all this control and all this autonomy and they do fundamentally change… We really wanted to throw Sara into a situation that we think will provide some good stories for the next season, if we get one.” 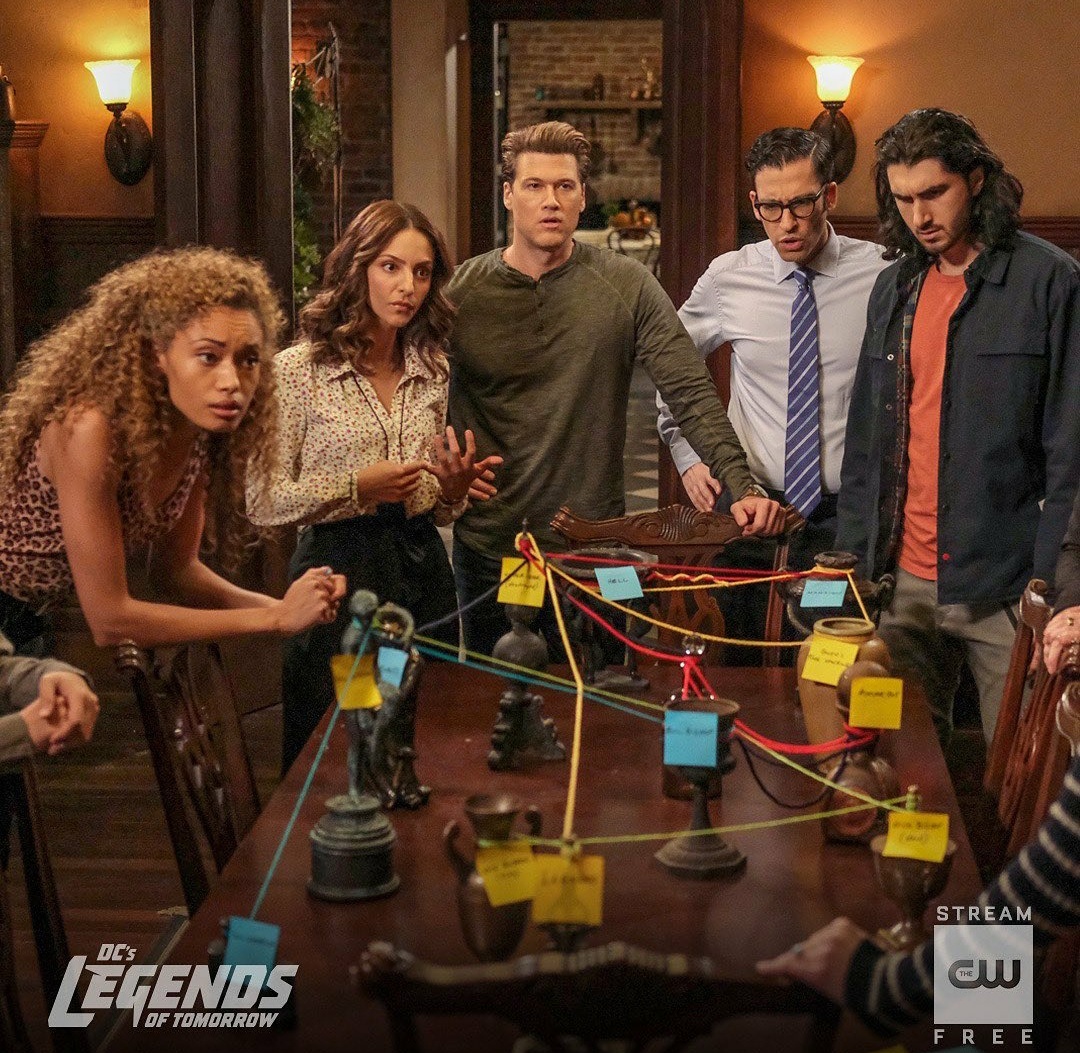 The co-showrunner also stated that Booster Gold’s appearance actually opens a lot of doors for a potential season 8.

Keto went on to say, “A lot of doors. He’s such a big personality and is the star of his own crazy movie in a way. The fact that he’s in this situation like Thawne meant that something happened before to get him into that particular location.

And also, he’s just such a fun mix of selfish but also charming and humorous and certainly driven by his ego. But as with all our characters, we feel like there’s a warm, gooey center that the Legends will have a lot of fun peeling back, and likewise, he with them.

He’s the kind of character who can really poke at our Legends and their perceptions of each other and themselves and maybe call them out on some of the bulls–t here and there.

That’s always a really great kind of energy to bring on the ship. Someone who has a very distinct point of view and who can keep everybody on their toes.”

Looks like we’re going to get a lot of story coming ahead if there’s a potential season 8. Well, we will keep you up-to-date once the show is renewed for another season. Till then, stay tuned with us for more updates.