Ernie Hudson is all set to join the star cast of  NBC’s ‘Quantum Leap’. The upcoming pilot will be a reboot of the 1990s sci-fi drama of the same name. The show ‘Quantum Leap’ began in 1989. 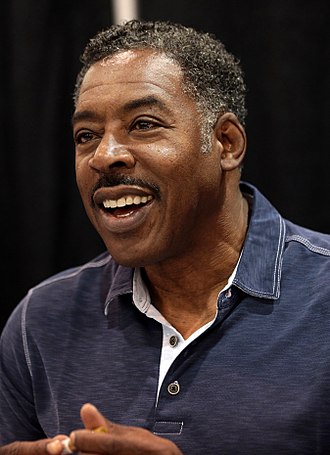 The original ‘Quantum Leap’ went on for a total of five seasons from 1989 to 1993. It received immense love and appreciation from the audiences and the critics. To date, it remains a cult classic.

What role will Ernie play in the reboot of Quantum Leap?

The 76-year-old will essay the role of Herbert “Magic” Williams. He is a Vietnam vet and the head of the time travel project at Quantum Leap. As per the reports, Hudson will be seen in the show opposite Raymond Lee.

Herbert will make full use of his no-nonsense personality and all his tips and tricks to find out how to keep Pentagon at Bay. On the other hand, his team will try their best to rescue, Dr. Ben Seong.

More details about the upcoming reboot of the show

Steven Lilien and Bryan Wynbrandt will write the screenplay of the show and also play the role of executive producers for the hourlong show. The forthcoming series will be set up in the present time. It’s been around 30 years since Dr. Sam Beckett stepped into the world of Quantum Leap accelerator and vanished in the past. Scott Bakula essayed the role of Sam in the show.

Now, we will get to see a new team that will kickstart the decades-old project with the hope of finding the truth behind the mysteries spiraling about the machine and the person who designed it.

In which movies has Ernie Hudson starred before?

He has also appeared in a couple of shows like ‘St Elsewhere’, ‘Desperate Housewives’, ‘The Secret Life of the American Teenager’, ‘Law and Order’, and ‘The Last Precinct’. He also voiced a character named Agent Bill Fowler for the animated series ‘Transformers: Prime‘.

What’s next in line for Ernie Hudson?

At the moment, Ernie has a lot of projects lined up. Not long ago, Ernie reprised his role Winston Zeddemore in Jason Reitman’s movie ‘Ghostbusters: Afterlife’. He wrapped up a film called ‘Champions’, it has been made under the direction of  Bobby Farrelly. Hudson has been cast in the movie alongside Woody Harrelson.

Apart from that, he also plays the double role of executive producer and as well as an actor in the BET series ‘The Family Business’.

The Hollywood star will next shine on screen in the upcoming third season of Showtime’s ‘City on a Hill’. He will also feature in Catherine Hardwicke’s family drama ‘Prisoner’s Daughter’ with Brian Cox and Kate Beckinsale.

He is represented by APA and Zero Gravity Management. All the Eric fans out there must be jumping with excitement to see him in the reboot of ‘Quantum Leap’. Stay tuned for the latest updates.