The Electric Forest Festival is proud to announce the 2023 Initial Lineup for the much-anticipated festival that will take place from June 22-25, 2023, in Rothbury, MI.

There is no better way to celebrate the return of Electric Forest to the enchanted Sherwood Forest than with music festival favorites, acclaimed headliners, and innovative emerging artists. These artists will make for a memorable weekend in the magical forest of Electric Forest. 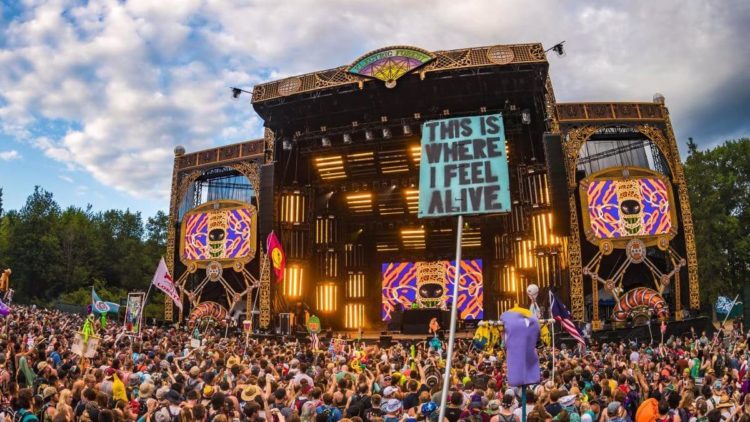 Electric Forest Has Announced Its Lineup For The Upcoming Season

There can be no doubt which of the many crucial pieces of the puzzle Forest HQ delivered today. The reveal of one of the festival’s most significant aspects, the lineup of the bands that will perform in Rothbury on the 22nd and 25th of June. 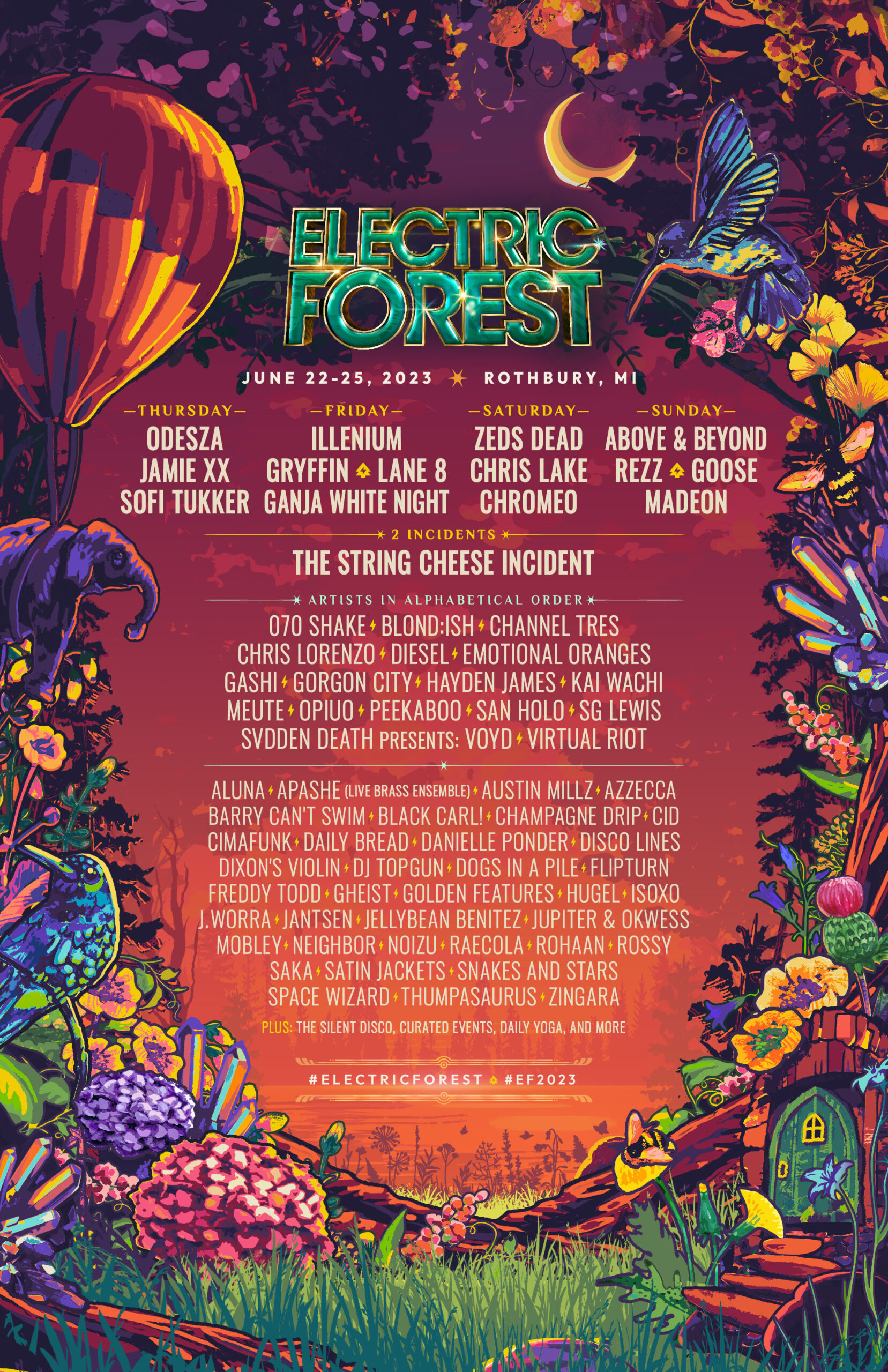 Electric Forest has been bursting with talent in previous editions, and it has been predicted that the upcoming one will be equally packed with talent. A number of the biggest names in the music industry will be playing at the festival, including Odesza, Jamie XX, SOFI TUKKER, Illenium, Gryffin, Lane 8, Ganja White Night, Zeds Dead, Chris Lake, Chromeo, Above & Beyond, Rezz, Goose, and Madeon, to name a few.

The String Cheese Incident will also be performing two sets at Electric Forest. However, that’s just the tip of the iceberg because there’s a lot more on the undercard.

Sherwood Forest Promises To Be Enchanting This Year

With this year’s Sherwood Forest Festival being one of the most magical experiences ever, there’s much more to look forward to from Electric Forest. This includes a silent disco, curated events, wellness activities, and more to be announced in the coming months. 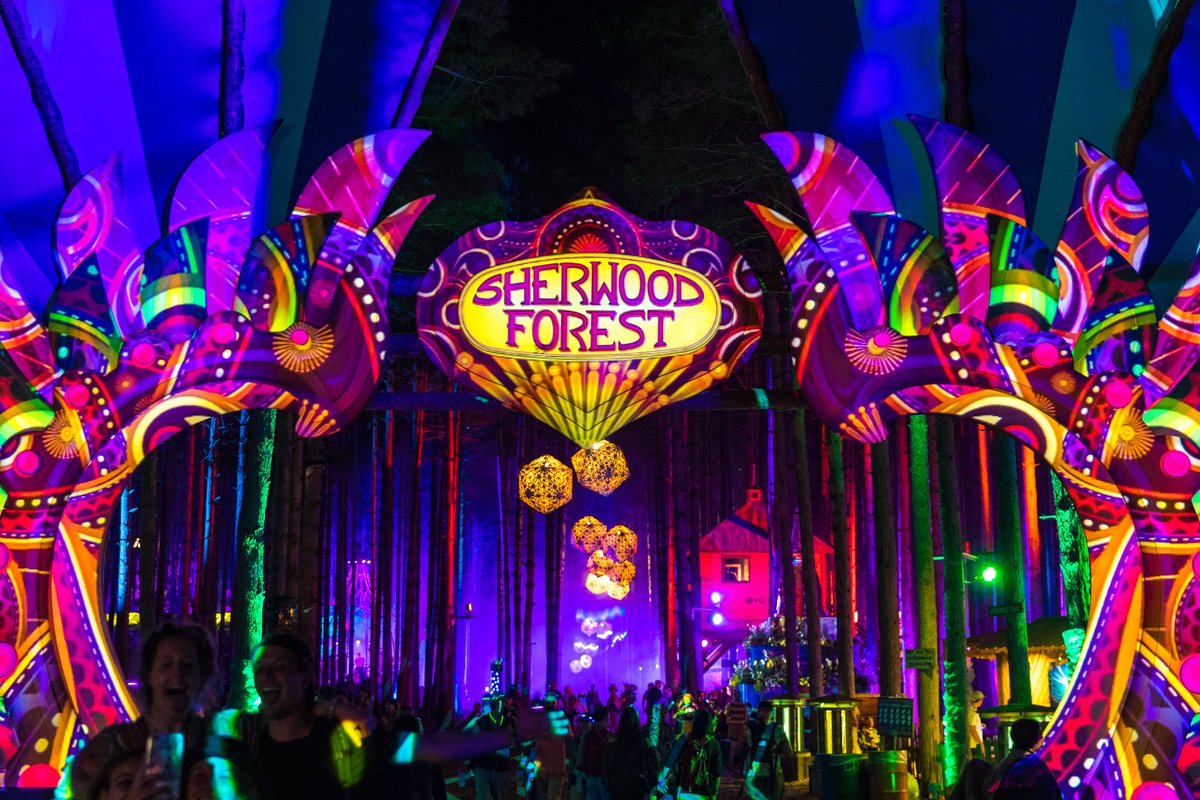 There is something for everyone at Electric Forest, no matter what your taste is; whether you want to dance to house sounds from Chris Lorenzo, Hayden James, SG Lewis, Blond:ish, Aluna, and J Worra, or if you want to feel some emotions when GHEIST and Gorgon City perform, there is something there for you.

Aside from enjoying sets by SVDDEN DEATH, Virtual Riot, DIESEL, Kai Wachi, and Peekaboo, bass lovers will also be able to headbang away their worries with performances by rising stars from Zingara and Saka to Space Wizard and Black Carl in addition to their own sets.

Get your Electric Forest Family tickets while you rekindle your group chats. When they are on sale for General Admission on Friday, December 9, set your alarms for noon Eastern! The loyalty program sells tickets on Monday, December 5, depending on your loyalty year.

The brand-new vehicle passes and all Electric Forest ticket options will be available for layaway purchase. So for those who missed out on this round of tickets, there is no need to fret. 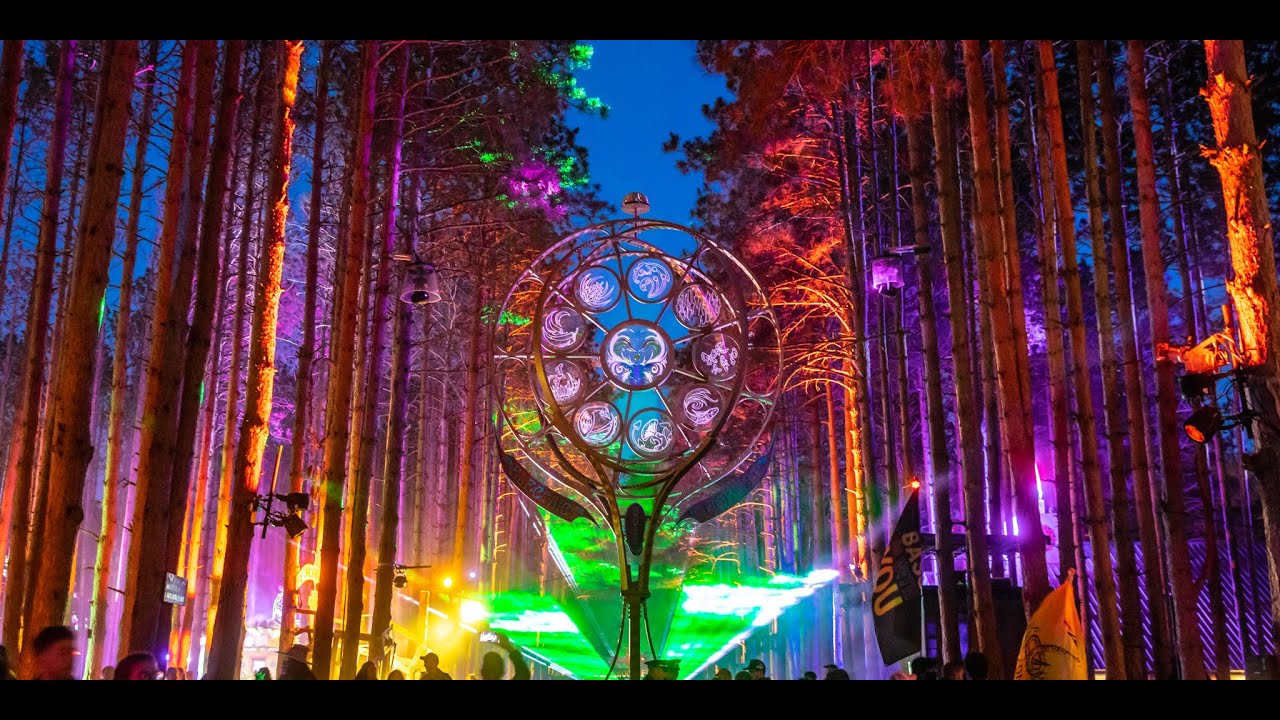 Electric Forest’s Wristband Exchange Program will surely be able to provide anyone with the wristband they are looking for. So, you can expect another fantastic year at Electric Forest when you keep your eyes open and prepare with your Forest Family.