The Beast trailer is here with Idris Elba leading in the forefront as the family man, responsible to protect his family. Idris must protect the ones he loves from the deadly lion who is stalking them.

Universal Pictures has finally done the honors to release the brand-new trailer for Beast. The upcoming survival action-thriller with Idris Elba starring as the main man. 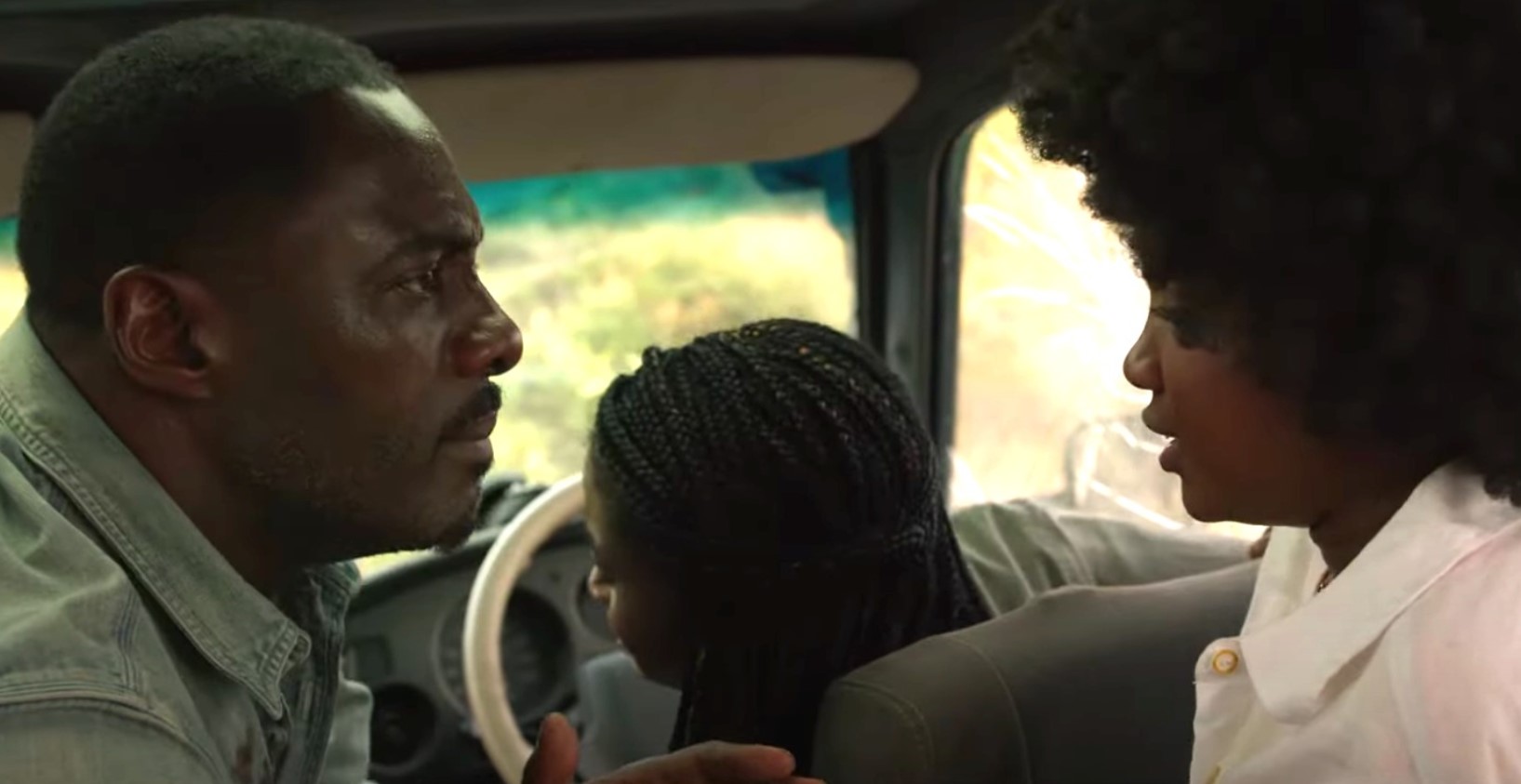 The actor will be seen struggling to survive a lion attack. The ultimate goal will be to survive the attack and safely bring his friend and daughter back home. It was only last year, we saw Idris teaming up with DC to fight against Starro, the giant monster. This time, he is in for a lion.

Beast is certain to take the notch a bit higher than before.

When you are in the lion’s territory, no law matters. The only one that matters is The Law of the Jungle.

Elba’s attempt to save his daughters from the King of the Jungle is truly spectacular. Watch it for yourself.

Here’s an exclusive look at the trailer.

The trailer opens up with Idris landing from a plane in South Africa. He plays the character of Dr. Nate Daniels. He is accompanied by his daughter Meredith and Norah. Meredith is played by Iyana Halley (This is Us) and Norah by  Leah Sava Jeffries (Percy Jackson). 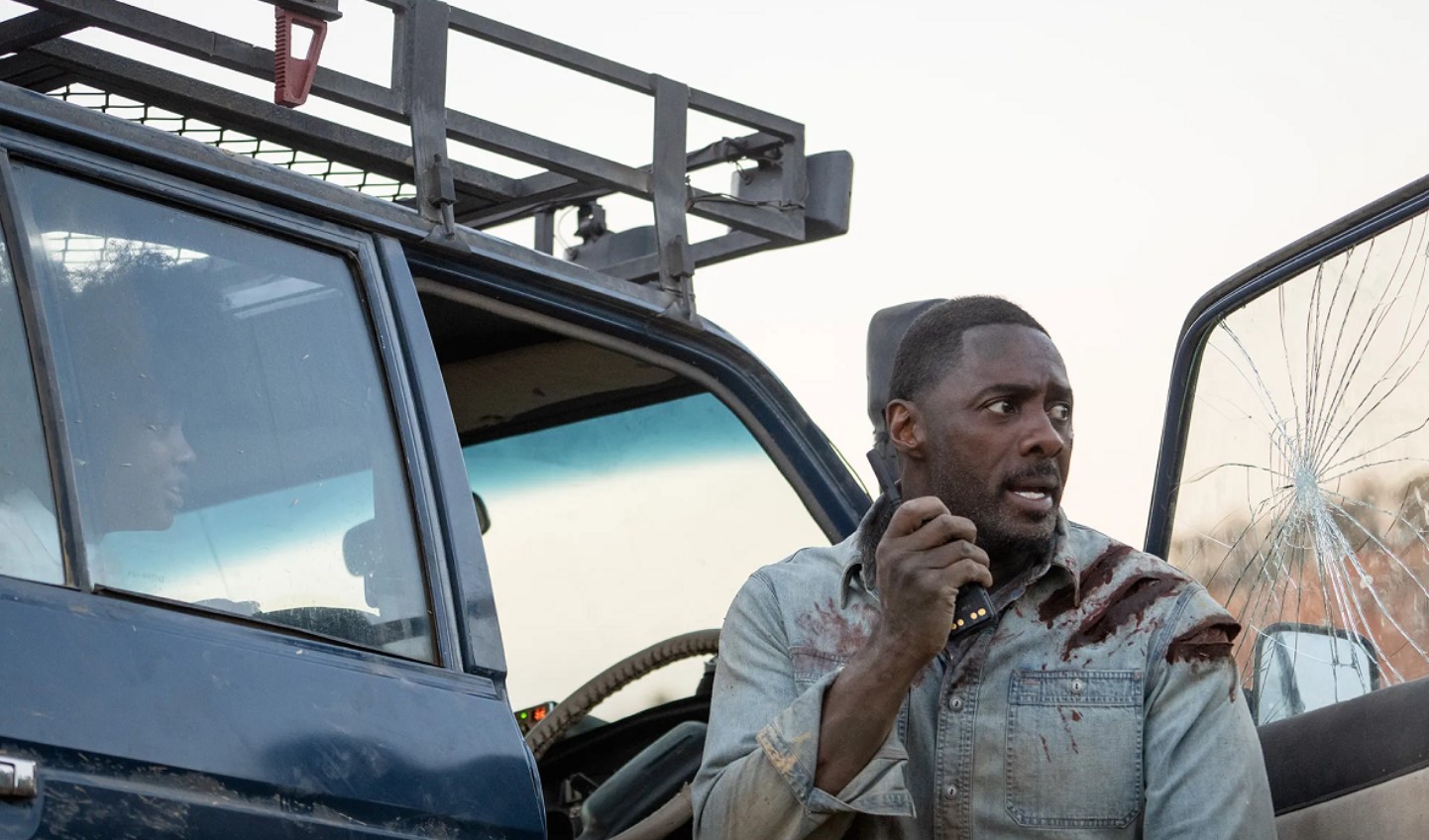 The trip that the three embark on is primarily to reconnect with one another after the death of Nate’s wife. Martin Battles, who is managing a game reserve is Nate’s old friend. Martin’s role is played by Sharlto Copley.

Before we dive deep, read the word about the movie.

The official synopsis of the movie reads,

“Idris Elba stars in a pulse-pounding new thriller about a father and his two teenage daughters who find themselves hunted by a massive rogue lion intent on proving that the savannah has but one apex predator. Elba plays Dr. Nate Daniels, a recently widowed husband who returns to South Africa, where he first met his wife, on a long-planned trip with their daughters to a game reserve managed by Martin Battles (Sharlto Copley), an old family friend and wildlife biologist. But what begins as a journey of healing jolts into a fearsome fight for survival when a lion, a survivor of blood-thirsty poachers who now sees all humans as the enemy, begins stalking them.”

The trailer leaves you on the edge of your seat as you find the constant attack of the lion on Idris and his daughters. Their struggle, screams, and everything else fall completely in place as you walk through the trailer.

The lion, simply thirsty for blood is attacking the family over and over. Throughout the trailer, we could see Idris and Martin’s attempt to keep the lion away.

Idris Elba is popular for many of the iconic roles that he has played a part in. This includes his latest series The Wire. His appearance was also spotted in Hobbs & Shaw.

It will be fun to watch Idris fight the King of the Jungle. Wouldn’t it be? Share your thoughts.