Tesla Charging Mat Announced: What Is It and How to Buy?

Tesla has announced a $300 Charging Matt that is capable of recharging three devices at once and the technology seems pretty similar to the Apple AirPower charging mat which was teased back in 2017. However, Tesla’s Charging Platform will start shipping soon. 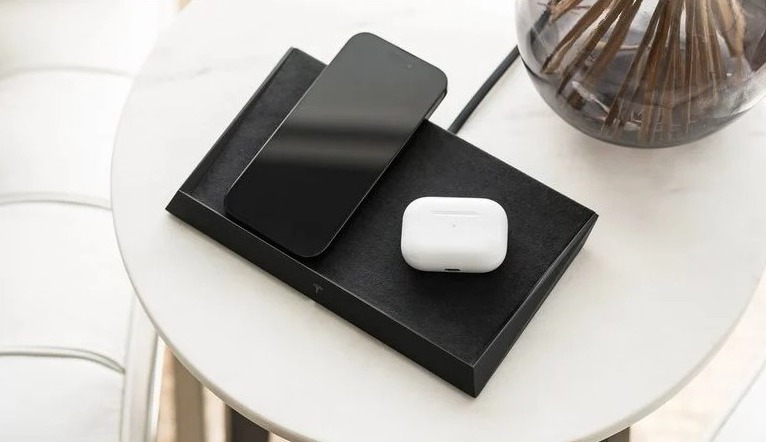 Despite Tesla’s falling market cap, the company continues to work as previously behind the curtains and has come up with a new product. The newly released Charging Mat can turn out to be a pretty useful gadget but it comes with a significant price tag.

Although Tesla is yet to deliver the Cybertruck and there’s no update if the Tesla Pi smartphone will ever become a reality, the Charging Mat is up for orders on the official website.

Tesla Charging Mat: What is it?

The new Tesla Charging Mat is a wireless charging platform that lets users recharge three devices at once. It uses the FreePower technology from a startup called Aira. When using it, you just have to toss your device on the Alcantara surface and it’ll start getting recharged wirelessly. 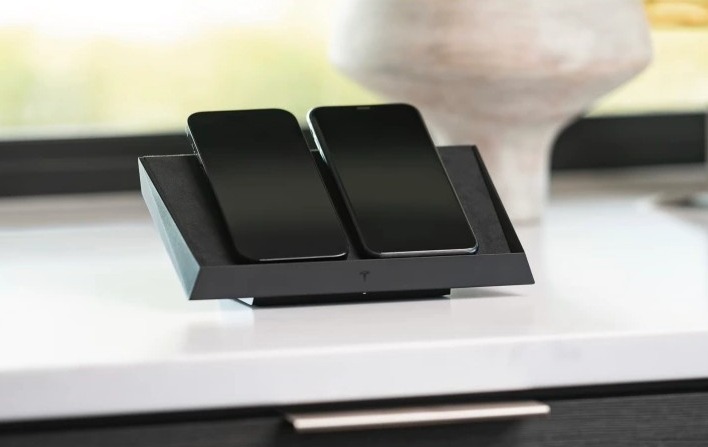 The Charging Mat is capable of providing up to 15W of power to three devices at once. You can charge your smartphone, wireless buds, and other devices that are compatible with the Qi charging technology. Unfortunately, you can’t charge your smartwatch using it.

How does the Tesla Charging Mat work?

The Tesla Charging Mat comes with an angular design and metallic styling inspired by the Cybertruck. It boasts an aluminum housing and a premium Alcantara surface along with a detachable magnetic stand that lets you position it according to your comfort.

Beneath the Alcantara fabric cover, the Charging Mat has 30 Qi charging coils which allow your device to recharge regardless of its orientation. Tesla is calling it the “FreePower wireless charging technology.”

It’s the same technology that other similar devices like the Nomad Base Station Pro are using to recharge devices. Previously, it was known as Aira and was the closest thing to Apple’s AirPower which couldn’t become a reality.

The Tesla Charging Mat is available for a flat price of $300 and you can order it right away on the official website. If you want to buy it, head over to this link (not an affiliate link, although we wish it was), and click the “Add to Cart” button.

After that, go to the cart, enter your personal details, select a payment method, and complete the checkout. That’s all you have to do to get your Tesla Charging Mat as soon as it starts shipping.

When will the Tesla Charging Mat start shipping?

The Tesla Charging Mat will start shipping from February 2023 as mentioned on the official website. If you pre-order the device now, you are going to be among the first batch of users to get the wireless charging platform next year.

However, there might be certain changes in the plans considering the company’s history and this particular technology’s record. Apple also announced AirPower but later nixed the device due to failures in engineering.

Still, we believe Tesla is ready with the Charging Mat and the only delays that could happen (if they happen) would be due to the growing COVID-19 concerns (again) across the globe. You should expect the Charging Mat to reach your hands in February though.

Do you think Tesla’s latest creation is worth buying? Sound off in comments.