Google Fi Plans: Which One Should You Get?

Google Fi is the company’s MVNO telecommunications service that initially launched as Project Fi in 2015. The Google Fi plans deal consumers with two basic categories: pay-on-the-go and unlimited usage. There are three plans, and it is often confusing to pick the right one. 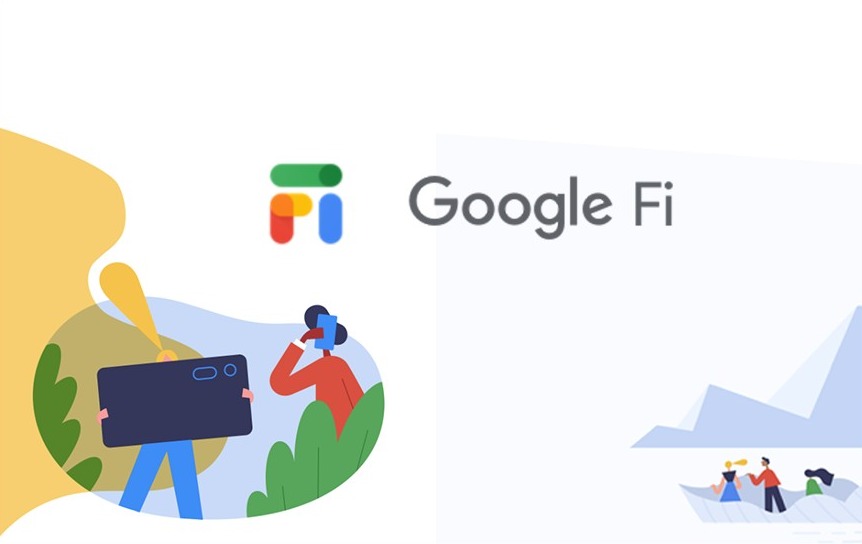 The service is now available almost everywhere in the US, Canada, and Mexico. Google’s MVNO is unique among all the carriers, especially when you are looking for an alternative to the big three.

When Google launched Project Fi, it was only available to the users of the Nexus 6. However, it is now available on a number of devices including the major Android brands and iPhones.

Google promises that Fi gives users the best cellular and data coverage anywhere in the US, or the world while also using the WiFi hotspots wisely to make calls and send messages whenever available. Recently, Google has also dropped the prices of plans by $5 to $10/month.

What is Google Fi and How Does it Work?

Google Fi is the MVNO service by the tech giant launched in April 2015. In 2016, Google made Project Fi available for everyone and then rebranded it to Google Fi in 2018. Since then, it has become available on a number of devices and has acquired a great number of subscribers.

Google Fi combines T-Mobile’s and US Cellular’s networks for coverage. It also used Sprint as a network but it is also now fully controlled by T-Mobile. The combination of networks helps the service to automatically switch to the best provider wherever you go including 5G.

Google Fi is also capable of switching to WiFi Hotspots whenever they are available to provide the most stable connection at all times. You can use the Google Fi plans on any compatible smartphone or one that is specifically designed for it.

This MVNO service uses streamlined billing. You have to pay a single fee per month for unlimited calls and texts, and a flat rate per GB of data after that. It also has a “Bill Protection” level that caps the charges every month and allows international data and calling.

There are three Google Fi plans and all of them are very simple and straightforward. Two of them offer unlimited data while the third one works on a pay-as-you-go basis. Each plan comes with its own benefits and targets a specific range of users.

Here is a quick overview of the three Google Fi plans- Flexible, Simply Unlimited, and Unlimited Plus:

The Flexible plan is the most affordable offering by Google Fi as you’ll have to pay a monthly rate for the services. It’ll be no more than $20 a month and decreases with the number of lines. However, you’ll have to pay per the GB of data you use.

The good thing is there’s a threshold each month which is 6GB for a single line. Once you cross it, you can use high-speed data up to 12GB without further fees. This plan is also suitable for international traveling as you get free texts and inexpensive calls across nations.

Simply Unlimited is the first plan with no usage limitations, and Google has recently cut its pricing to make it an affordable unlimited option. This plan offers free calls, texts, and data (up to 22GB) alongside free calls to Canada and Mexico.

The most prominent downside of this plan is that it doesn’t offer hotspot tethering which is available in the Unlimited Plus plan. Also, there isn’t the Google One membership access available with it. Still, it’s fine for its price of $60 for a single line. 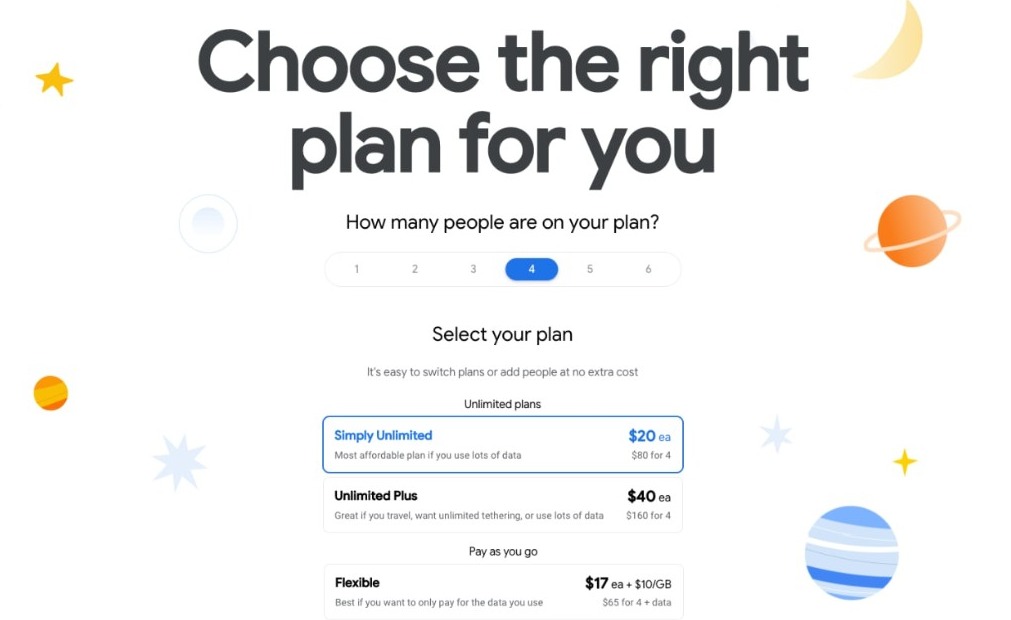 The ultimate Google Fi offering is the Unlimited Plus plan that starts at $70 for a single line. It offers free calls, texts, and data up to 22GB. There’s unlimited access to hotspot tethering, and you also get free texts, data, and calls to more than 50 countries.

In addition, the Unlimited Plus plan offers free access to a Google One membership with 100GB of cloud storage. It is the perfect plan for users with heavier usage and who also travel abroad frequently.

Which Google Fi Plan Should You Get?

The answer to this question depends on the type of user you are. All three Google Fi plans are useful and serve the needs of a specific range of users. If you know how much data you plan to use and your primary utilization is calls and texts, you can go with the Flexible plan.

My family switched to @googlefi because we travel internationally and it is very cost effective.
As Google Fi uses VPN based in US, Stadia runs smoothly in Brazil's 4G. A friend just showed me.

Choosing Google Fi as my phone plan is something I frequently high-five my past self about.

The extra dollars you pay for this plan also provide unlimited hotspot tethering and access to 100GB of cloud storage with Google One membership. If you are a frequent traveler, it’s the perfect plan for you.

Which devices are compatible with Google Fi?

This includes the recently launched S22 series, Galaxy Z Flip 3, and the Galaxy A13. Google Fi also works with the Pixel series of smartphones, obviously. You can also get it on the newly launched Pixel 6a.

You can bring your existing smartphones to Google Fi if it’s from T-Mobile or US Cellular. You can also check out this list of wireless phones for Google Fi. Basically, Google Fi is now compatible with any unlocked Android phone and even an iPhone.

Are you looking forward to switching over to Google Fi? Don’t forget to share your opinions in the comments.