Google unveiled Pixel 6a, the company’s next budget smartphone, at the Google I/O 2022 event on May 12, 2022, after multiple years of delay. The upcoming smartphone is power-packed with a Tensor SoC, featuring dual cameras, and an economical price tag. Check out the Pixel 6a full features, price, release date, and availability here. 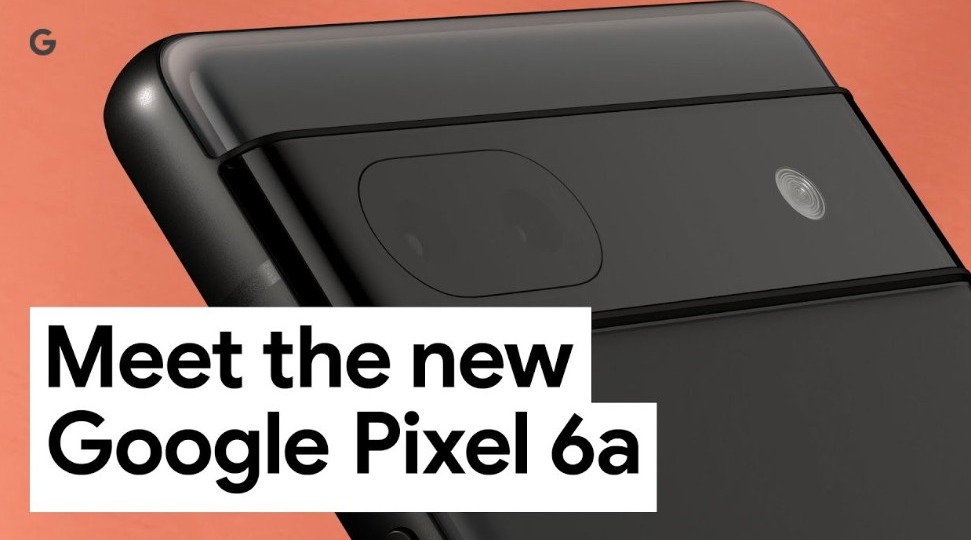 Pixel 6a will serve as a more affordable choice for people who weren’t able to buy the Pixel 6 and Pixel 6 Pro. Google has confirmed that it will get a minimum of five years of security updates and developed for prolonged usage.

At the same conference, Google also teased the design of the upcoming Pixel 7 lineup including Pixel 7 and Pixel 7 Pro. The smartphones will be arriving sometime later in the year. The company also unveiled a Pixel Tablet, Pixel Watch, and Pixel Buds Pro.

Google hasn’t revealed any specific release date or launch timeline for Pixel 6a while announcing it during the I/O event this Thursday. However, multiple tipsters including Yogesh Brar have teased that Google Pixel 6a will be available by the end of July.

The previous model in the series Pixel 4a was launched in October 2020. It is possible that Google may push back the release date for Pixel 6a to the end of 2022. However, the good thing is Google is planning to solve its limited distribution issue with the new device. 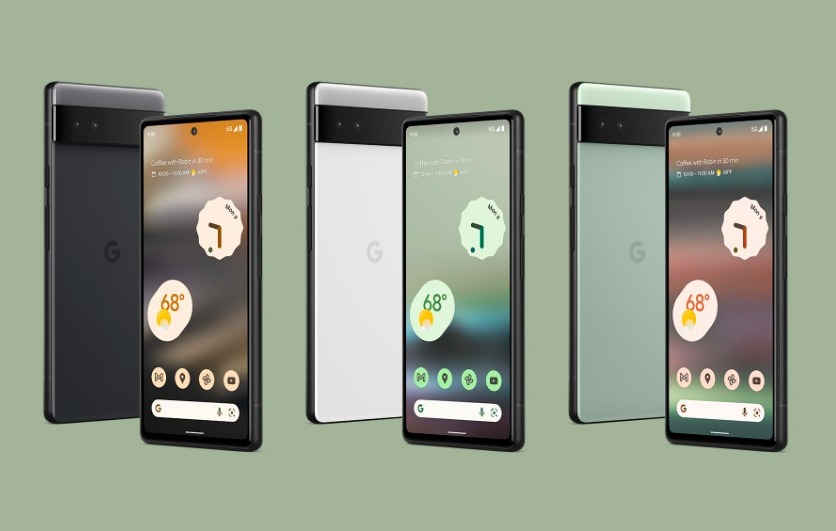 According to Google, Pixel 6a will be available in the same regions where Pixel 6 and Pixel 6 Pro are available. The list includes 12 countries namely Australia, Canada, France, Germany, Ireland, Italy, Japan, Singapore, Spain, Taiwan, the United Kingdom, and the United States.

Along with these, Pixel 6a will also be available in India as per Google’s confirmation while speaking to Android Central. This will mark Google’s first release in the South Asian country after a hiatus of around two years. Previously, Pixel 4a was launched in India.

What is the Price of Google 6a?

Google has priced the Pixel 6a at $449 which is the same as its predecessor Pixel 5a. There were rumors that Google may slightly raise the price of the upcoming smartphone due to global supply chain issues. However, they turned out to be false. 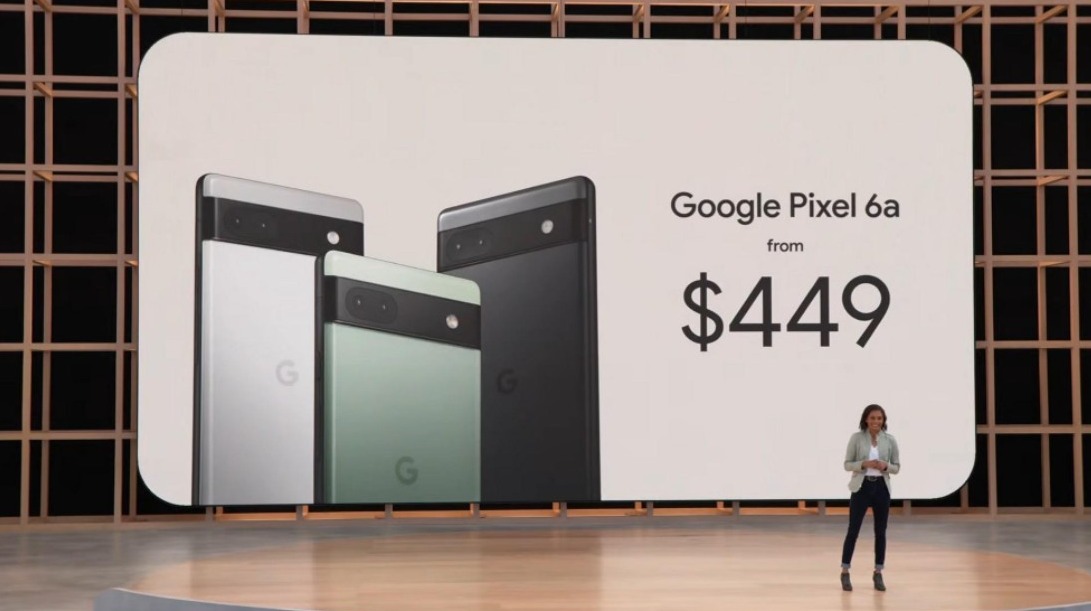 Google Pixel 6a Specs and Features

Google Pixel 6a will sport flagship specifications for an affordable price. It will be powered by Google’s in-house Tensor processor along with a Titan M2 security co-processor. In addition, it will boast 6GB of LPDDR5 RAM and 128GB of storage with UFS 3.1 standard to ensure swift operations.

Other prominent features of Google Pixel 6a include 5G connectivity, an in-display fingerprint sensor, stereo speakers, dual microphones, and HD support. The device will run on Android 12 out of the box, but it will be upgradable to Android 13 later.

Google has kept a very similar design on Pixel 6a to the other two costlier Pixel 6 smartphones. It also uses an aluminum frame like the premium flagships. However, they have downgraded the front glass from Gorilla Glass Victus to Gorilla Glass 3, and the backside is built using plastic.

Pixel 6a features a 6.1-inch display, which is smaller than the other Pixel 6 models, and sports a 2400×1800 resolution OLED display. The display is only 60Hz as compared to the 90Hz and 120Hz support on Pixel 6 and Pixel 6 Pro, respectively.

Pixel 6a also has a smaller 4410mAh battery that the company claims to offer 24 hours of regular use backup and 72 hours with the newly introduced Extreme Battery Saver mode. The device will support 18W USB-PD fast charging. However, there is no support for wireless charging. 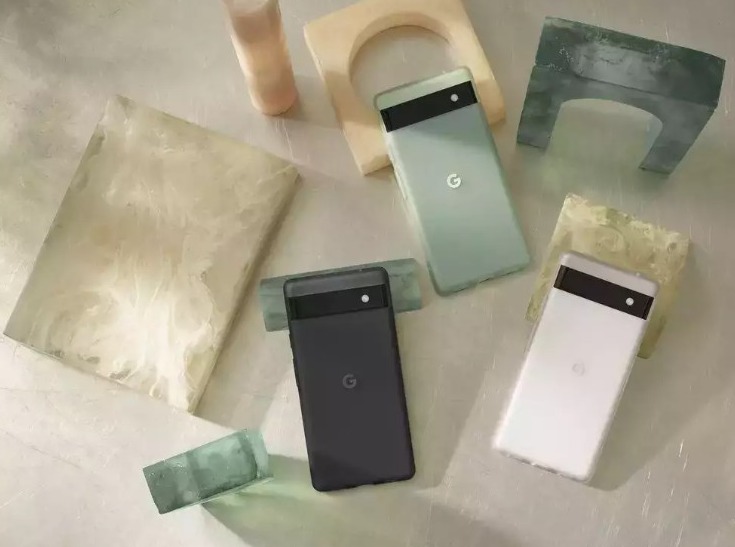 Google Pixel 6a also has an IP67 rating for protection and resistance against dust and water, whereas, the other Pixel 6 smartphones have an IP68 rating. There are three color variants: Chalk, Charcoal, and Sage.

Is Pixel 6a Worth Buying?

If you are planning to buy a premium Android smartphone and want to explore the stock UI experience, then the Pixel 6a will be the perfect device for you. You can definitely buy it as features strong specifications and an affordable price tag.

$449 for the Pixel 6a, with a flagship SoC, is an absolutely incredible price.

You can also compare it with the iPhone SE 5G (2022) that Apple has launched recently. Pixel 6a is $30 cheaper and has more RAM and the customizations that Android OS offers. For Android users, it is an incredible option to buy this year.

If you are thinking about buying it, you can definitely go for it. What are your opinions about it? Tell us using the comment box.