In a surprising turn of events, Elon Musk is reportedly taking a U-turn and has offered to proceed with his original bid to buy Twitter at a price of $54.20 a share. The Tesla CEO previously walked away from the deal due to the number of bot accounts on Twitter. 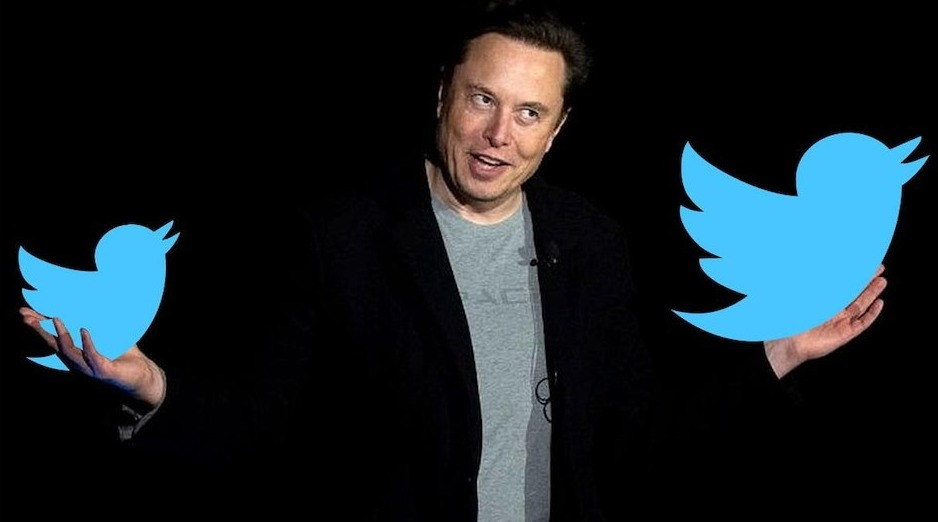 Two sources familiar with the matter claimed on Tuesday, October 4, 2022, that Elon Musk is proposing to go ahead with his original offer of an estimated $44 billion to take Twitter Inc (TWTR.N) private hinting toward an end to the bitter legal battle between the two.

Bloomberg reports that Elon Musk made the proposal to proceed with the buyout deal in a letter to Twitter. It cites people who asked not to be identified as discussing confidential information as the sources behind the report.

The news comes just days before the much-awaited legal face-off between Musk and Twitter in Delaware’s Court of Chancery scheduled for October 17, 2022. The San Francisco-based social media company is set to see an order directing Musk to close the deal at the original price of $54.20 per share. 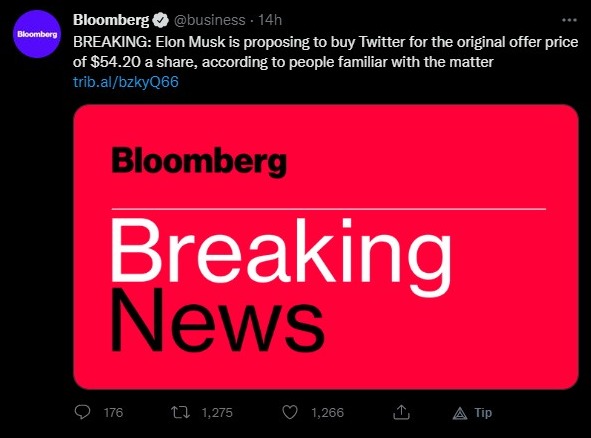 There are also rumors claiming that Musk’s legal team has realized that there’s a good chance the billionaire would lose at the trial and the deal would continue one way or another. Hence, he’s offering to complete the deal without involving the court.

As reports about Elon Musk proceeding with the Twitter deal at the original bid emerged, Twitter’s shares jumped a whopping 12.7% to $47.93 before the trading was halted for the second time. The first instance was when Musk originally proposed the deal.

Tesla shares also rose by about 1% as the completion of the deal would be beneficial for the company’s CEO in multiple ways. It would offer Musk a mega platform to voice his opinions and make changes to the platform’s ecosystem. 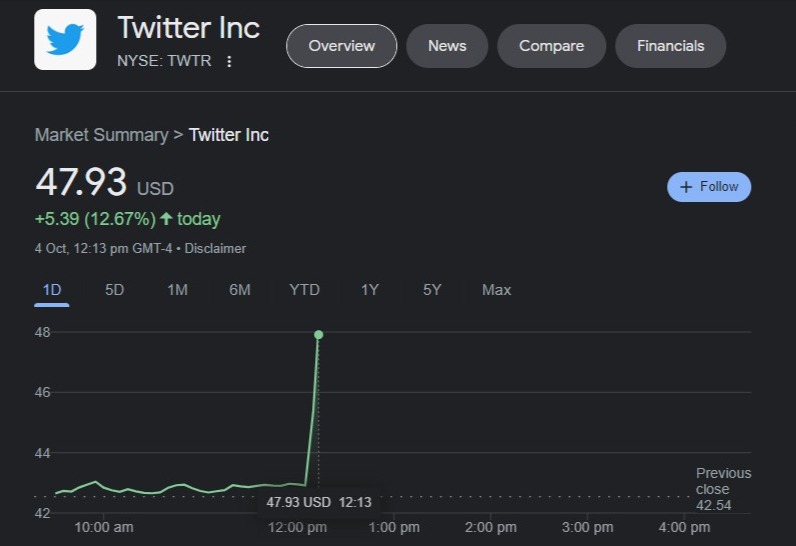 A settlement away from the court would also save Musk from the hassles of the trial. Musk originally committed to buying Twitter in April 2022 at a price of $54.20 per share.

Elon Musk tried backing out of his deal to buy Twitter and make the company private in July 2022 and put it on hold before completely terminating it. He cited “material breach of multiple provisions of the Agreement” to the SEC as a cause for scrapping the deal.

Musk claimed that the number of bot accounts on Twitter was much higher than the estimated 5% the company reports. For context, Bots are automated accounts and they can adversely impact the estimation of human activities on the platform.

Following this, Twitter sued Musk and brought him to court seeking an order asking him to proceed with the deal he proposed in the first place.

Analysts Believe Musk Knew he was Losing in Court

“This is a clear sign that Musk recognized heading into Delaware Court that the chances of winning vs. Twitter board was highly unlikely and this $44 billion deal was going to be completed one way or another,” Wedbush analyst Dan Ives said after the news. 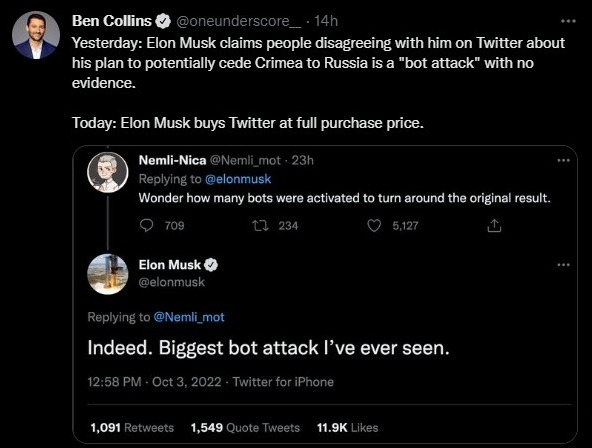 Twitter employees have also reacted to the news claiming there was a company-wide surprise and many people have expressed their disbelief.

“I am sitting on 2023 company-wide strategy readouts and I guess we are going to collectively ignore what’s going on,” wrote Rumman Chowdhury, Twitter’s director of machine learning ethics, transparency, and accountability.

Twitter’s general manager Nick Caldwell also joked on the matter that the company isn’t taking a day off this time as compared to when Musk originally proposed the deal back in April.

Musk’s latest step in the Twitter buyout saga has also invoked fear in a number of Twitter users who believe his plans going forward aren’t good for society. Many also believe that Musk is going to bring back Trump who is currently on his own Truth Social platform.