Mastodon Social Network: Everything You Need to Know Before Switching

After the billionaire Elon Musk’s roughly $44 billion bid to buy Twitter, people are looking for its alternatives and the Mastodon Social Network comes on the top. This decentralized social network running using instances (communities) is now trending on Twitter and it has even launched an Android app recently to welcome the flocks of users. 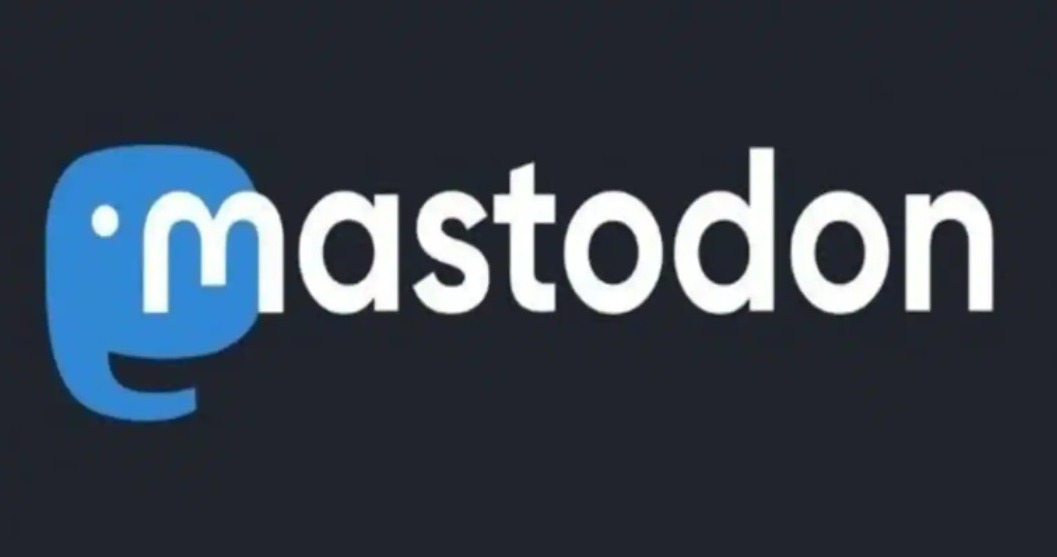 But, what exactly is the Mastodon Social Network? Who owns and runs it? If it is worth switching over and leaving Twitter? We’ll discuss that here. You will also understand why Mastodon’s name is on the top of the Twitter alternatives despite being the opposite of it.

Also, Mastodon Social Network isn’t a newly launched fad eating up on the recent hype of Musk’s deal with Twitter. It has been here for a long time, since late-2016, and revolutionized the way social networking works. However, people rarely get a hold of its core idea.

What exactly is the Mastodon Social Network?

Mastodon Social Network is a free and open-source platform founded in October 2016, by Eugen Rochko, a German developer. It runs self-hosted social networking services and has microblogging features like Twitter, and they are offered by a large number of Mastodon nodes called “Instances” which run independently.

An individual who joins Mastodon Social Network joins a specific Instance that is capable of interoperating with other instances as part of a federated social network allowing users on different nodes to interact with each other.

You can understand instances (communities or nodes) like the various Sub-reddits on Reddit that are each dedicated to a specific topic. However, Reddit still owns them and can moderate them whenever needed. Whereas, in Mastodon’s case, all the instances are independent, dedicated to a specific topic or community like LGBTQ+, Art, Music, Region, etc, and can’t be controlled by a single entity.

If you are a business or an organization, you can host your own social media platform on your own infrastructure based on Mastodon Social Network. This will help you operate your community in a decentralized manner, and it will not depend on any single company.

Mastodon Social Network works as a part of the Fediverse, which is the ensemble of federated or interconnected server platforms used for sharing content and allowing users to interact which other without having to sign up for separate accounts for each server.

They are like email, where you can communicate with Gmail, Yahoo!, Rediff Mail, or any other email client. However, your account won’t be owned and controlled by anyone else. You are the owner of your content, actions, and words. The instance you are a part of is still managed by the admins of the community. 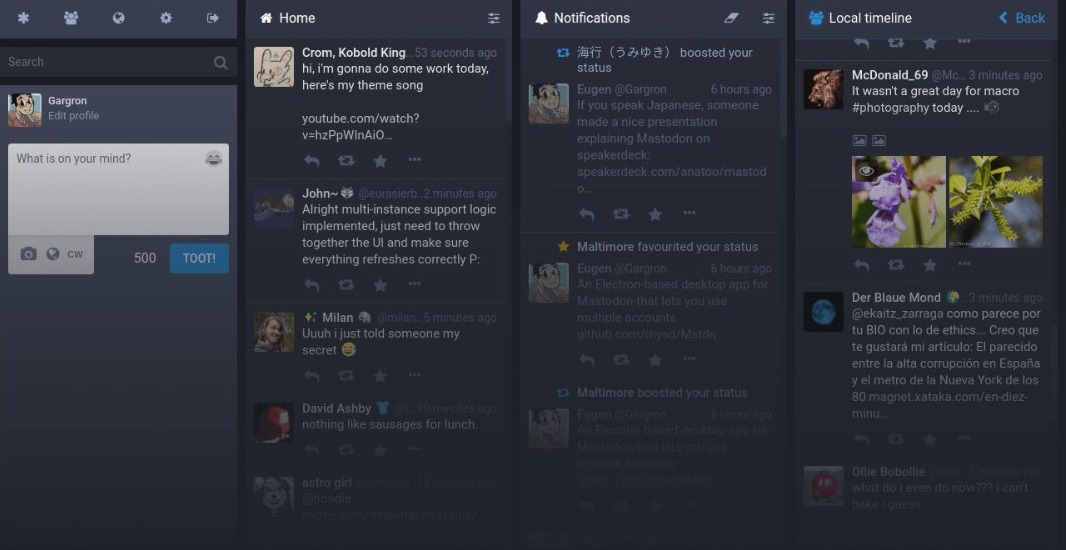 How to Join Mastodon Social Network? 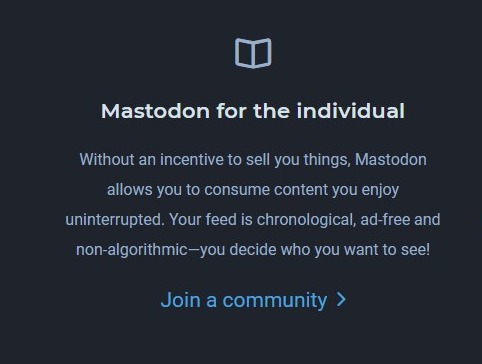 If you are an organization, you can install Mastodon on a Ubuntu cloud server. After that, you’ll have to learn to expand your Mastodon Fediverse Network. You can also integrate it into WordPress or any other web application that you manage. You’ll be the owner of your social network. 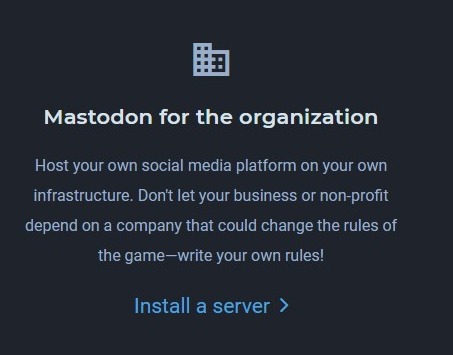 Which Mastodon Instance or Server Should You Join in the Beginning?

Mastodon is not a single site but a collection of many. Thus, joining it can be a bit complicated for some users as they just couldn’t figure out which would be the right instance for them. The core website, joinmastodon.org, lists several communities or instances, but they present only the ones that are committed to active moderation against hate.

The largest of these instances is Mastodon.online, which is run by the developers of the Mastodon Social Network. You can start by joining it if you are confused about which instance to join. 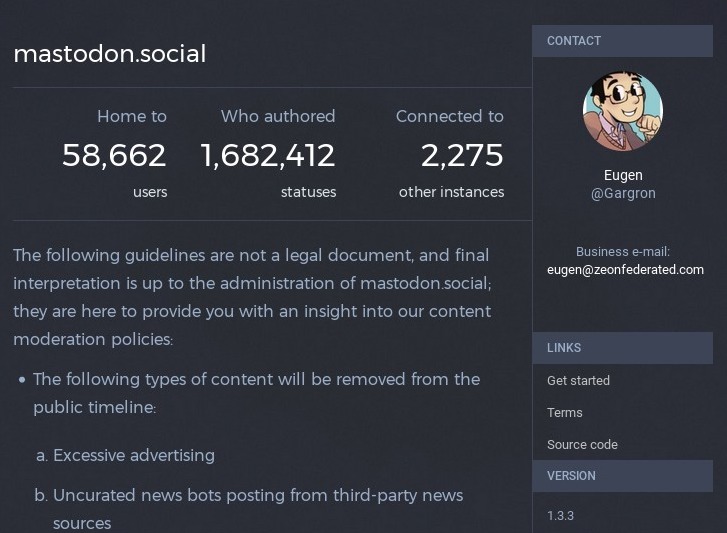 There wouldn’t be any problem later on as Mastodon allows smoothly moving your account to a different instance, and you can interact with users on other instances without having to even move over.

There is an unofficial directory, Instances.social, which holds a collection of around 2,500 instances or communities based on varying interests and themes. You can go through the list and find the perfect one for you. When you don’t join any, Mastodon serves only the Japanese cat videos or mostly the content in other languages on the home feed.

Is Mastodon Social Network Available on Android and iOS?

Yes, Mastodon Social Network is now available on both Android and iOS devices. The iOS client launched in July 2021 to expand the network to more users. You can find it on the App Store for your iPhone and iPad.

Recently, Mastodon Social Network also launched an Android application in April 2022 to welcome the users coming after Elon Musk’s controversial bid to buy Twitter at the price of $54.2 per share. You can find the Mastodon app for Android in the Play Store.

Is Mastodon Social Network Worth Switching Over from Twitter?

Mastodon Social Network presents to you an actual network of communities with varying interests and rules capable of communicating with each other. It allows you to consume content without any interruptions and there isn’t an algorithm that decides what you see.

You will see the full content from the people you follow and the instance you are a part of. It doesn’t register your clicks, inputs, or any activity, unlike Facebook and Twitter. It is completely ad-free and doesn’t want to sell you things. Also, your content is absolutely yours.

There is no centralized authority that decides what the users do on the platform. You are free to express yourself. There are instances that are generalized such as mastodon.social, mastodon.xyz, etc. And, there are instances dedicated to hardcore fans of something.

It offers a friendlier kind of social environment eliminating hateful, ugly, or influential content. There is no one controlling you. This serves as the major advantage of the network. However, it also comes with certain cons and the Gab community is the prime example.

Since there’s a lot of new people trying out Mastodon, something to be cautious about: your DMs can be read by admins of your instance and the recipient’s, and when your posts cross an instance boundary, it’s possible for your private posts to get reblogged.

If you’ll ask me, then you can definitely hop on the Mastodon ship and try it. However, you should only leave Twitter and completely switch to it once you get a complete hold of it. Mastodon is not for everyone, in my opinion. It’s like the early days of the Internet, there is decentralization, there is no stalking, and people freely express themselves.

However, for casual users who do not wish to dive deep into the technology, it could be hard to understand. Mastodon still has a long way to go before competing with traditional social networks like Twitter and Facebook. They know how to retain users and make them addicted to their content, while Mastodon never tries it.

Look guys, Mastodon are a great band, but I just can't see how they're an alternative to Twitter.

Mastodon Social Network is still far from competing with Twitter or any other traditional social media platform. It currently only has over 4.4 million users while Twitter has more than 217 million registered users. It is also not suitable for everyone, especially casual users.

We are not stating that it’s not good. It’s amazing, in fact. There are zero ads, no one is treated in a special manner, and everyone is treated equally. There is no hate speech and harmful content, and there is complete decentralization. The community members control the instances.

However, casual users may find it hard to understand and may not understand the core concept behind decentralization. If you are able to figure it out, then you can definitely switch over and explore it for your purposes.

What do you think about it? Do find the Mastodon Social Network worth switching over to? Let us know in the comments section.