How to Join Trump’s Truth Social App on Android and iPhone? 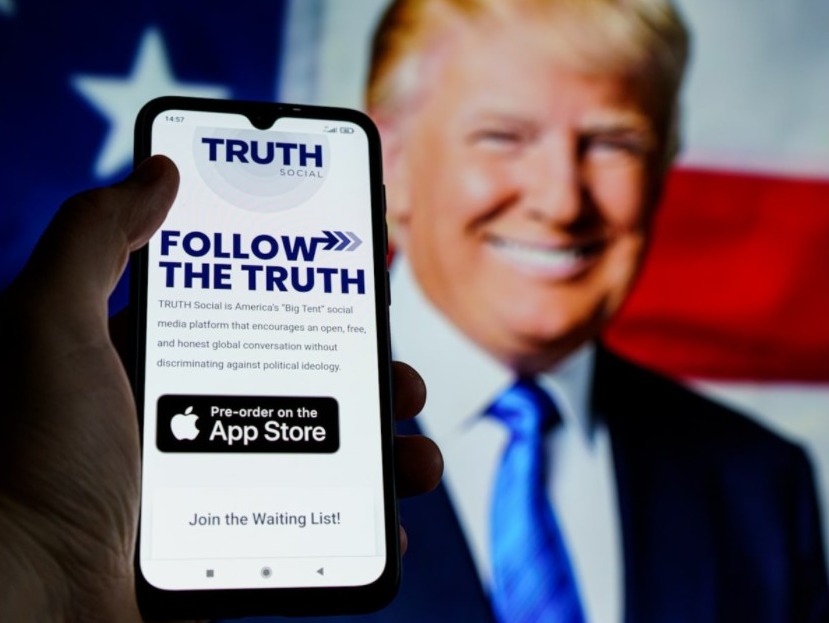 The upcoming social media platform was scheduled to arrive in February, but the recent developments suggest the launch is delayed for the now. Truth Social will prominently focus on encouraging “free and open conversation” by working as a rival site/app to other social media platforms.

Here is everything you need to about Truth Social, its features, price, and the process to join the platform earliest on any device.

What is Truth Social by Donald Trump?

Truth Social is an upcoming social media platform by Donald Trump and owned by the Trump Media & Technology Group (TMTG). It is already available on the Apple App Store via T Media Tech LLC, which is also a subsidiary of TMTG. The creators haven’t revealed the Android version of the app yet.

The first beta of the Truth Social app was released back in November 2021 for a very limited list of invited users. According to the description on its website, it will be an app that will feature open, free, and honest worldwide conversations without differences in political viewpoints. 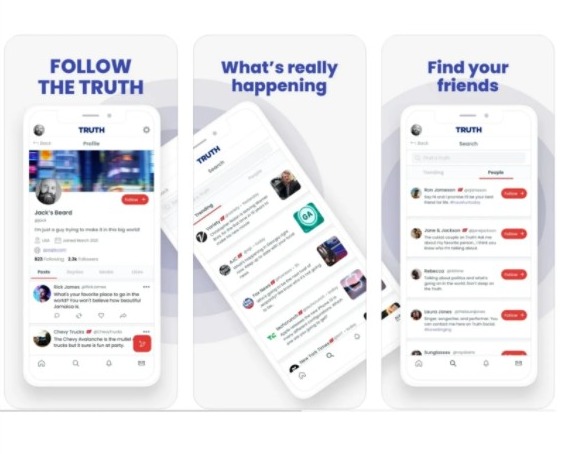 Truth Social will supposedly be the “Big Tent” of America promoting Truth and Free Speech, which are also the key focuses of the constitution of the country.

Donald Trump has also said in a statement during launch, “I created TRUTH Social and TMTG to stand up to the tyranny of Big Tech. We live in a world where the Taliban has a huge presence on Twitter, yet your favorite American President has been silenced.“

According to the former President, “Truth Social will be a rival to the liberal media consortium and fight back against the Big Tech companies.” The first few glances of the platform are also suggesting the same.

The layout of the platform appears highly similar to that of Twitter, and a very similar set of features is available.

The Daily Mail reports that Trump already has an account on the platform. His son, Donald Jr. shared a screenshot on Twitter that revealed the former President’s first post on the upcoming social media platform. You can take a look at it below:

Time for some Truth!!! pic.twitter.com/jvyteDb5gW

From the above screenshot, it is imminent that Truth Social will have basic features such as the Profile, Feed/Timeline, Search, Notifications, Comments, Like/Love, and Export/Share available.

How to Join Truth Social App on Android/iPhone?

You can join the Truth Social app right now despite the app not being available right now. The waitlist for Truth Social is available, and you can sign up for that if you wish to join the upcoming platform. It is expected that users on the waitlist will be the first users to be given a chance to use Trump’s social media platform.

To join the Truth Social waitlist, you have to follow these steps: 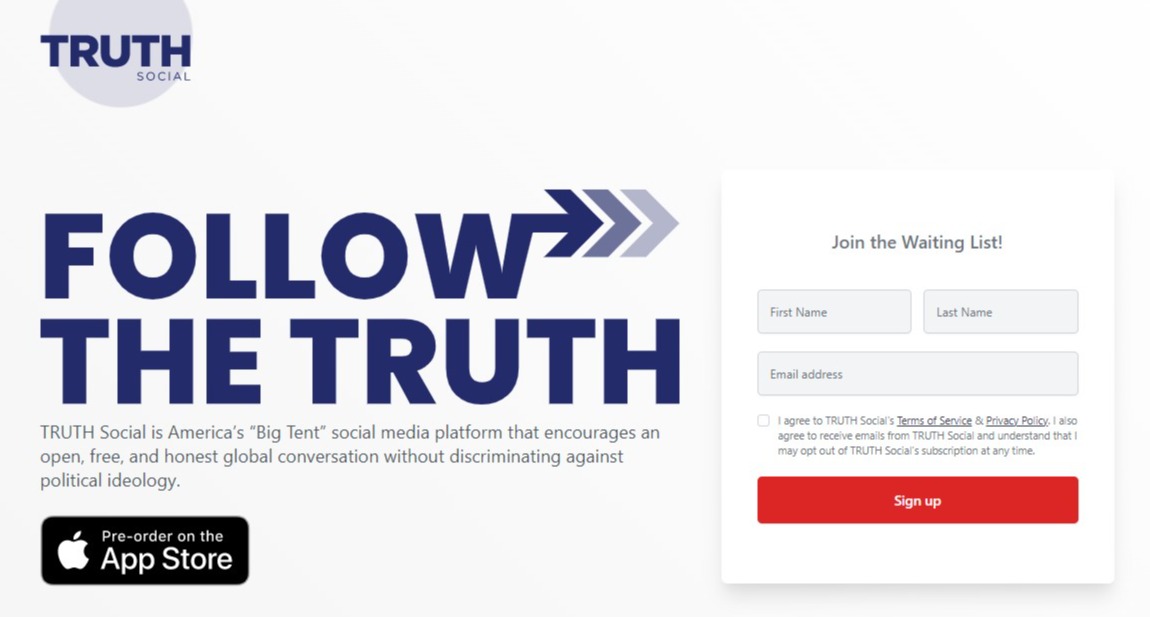 Done. After that, you’ll receive further communications from Truth Social at your email address. Keep an eye on that.

Truth Social app is already available on the App Store for iPhone and iPad. You can visit the App Store, search for the app, and pre-order it from there. After that, you’ll also have to join the waitlist using the method mentioned above.

When the Truth Social app launches, you can install it, register for an account, and start using it on your iOS device.

There are currently no announcements available if Truth Social will be available for Android. However, as TMTG and Trump have mentioned that it will be a global platform for Freedom of Expression, it is evident that they’ll have to launch it for Android.

TRUTH SOCIAL will be available on iOS and android, with every language available.

Once the app is available for Android, you can open the Google Play Store, and install it from there. After installing it, you can register for an account and start using it.

What is the release date for the Truth Social app?

The Truth Social app is currently in its beta testing stage as the first beta was released back in November 2021. The App Store description suggested that it was scheduled to release on February 21, 2022. However, the launch has been delayed for now.

So Truth Social (a misnomer if ever there was one) was set to launch February 21, but now that’s been delayed for a month (at least). Devin Nunes is doing a crackjack job.

Previous reports also suggest that the app will launch in the first quarter of the year. We expect that Truth Social will have a global release date in late March.

Is Truth Social free to use?

Users can join the Truth Social waitlist for free, and the upcoming social media platform will supposedly be free to use. However, the Daily Dot reports that you might have to spend money if you wish to reserve a certain username.

The same news outlet also reports that you may need to make a donation to the National Republican Senatorial Committee (NRSC) in order to reserve the desired username. They didn’t reveal the amount of donation yet, it could be $1 or above for general users.

A fool and their money are soon grifted.

However, there have also been rumors that the app may cost as high as $4.99/week initially. Although there is no solid evidence available to back the statement.

More details about Trump’s proposed app will be available soon. Make sure you join the waitlist right now if you wish to join the Truth Social app at the earliest. Let us know what do you think about it via the comment box.