BeReal App Not Working: How to Fix the Issue

The anti-Instagram app BeReal has gained a lot of attention recently as it becomes a viral trend among social media users. BeReal is experiencing a number of issues lately as the app isn’t posing properly leaving users frustrated. Here’s how to fix the BeReal app not working issue on Android devices and iPhones. 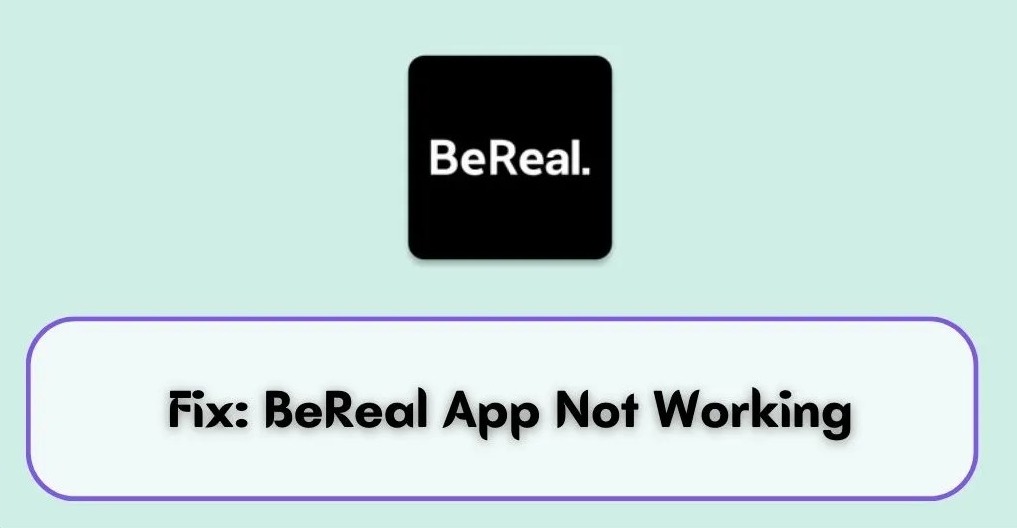 BeReal is a french platform where users have to post their candid pictures every day. It was launched in 2020 but has gained popularity only recently. This app notifies users to capture and share a photo within two minutes at any random time of the day.

Instagram is also testing a new feature called Candid Challenges which is identical to the BeReal app. With the app experiencing issues lately, it could lose some of its users. If you are one of the users thinking about quitting it, we’d advise you to try the fixes first.

BeReal App Not Working and Not Posting: What’s the Issue?

BeReal app is experiencing a number of issues later as users are showcasing their frustration on social media platforms like Twitter, Reddit, and Facebook. Some users are looking for solutions while others can be seen pretty animated at the app.

When users are trying to post their candid pictures on the BeReal app, it says “Upload failed, click to retry.” The problem is likely due to a glitch in the app or a problem with the app servers. However, the app hasn’t officially addressed the issue yet.

Some of the users have also complained that they are not even able to launch the app while for other users, the BeReal app is crashing. Whereas, some users can’t save the pictures they are trying to upload on the app.

Why is the BeReal app not working?

There isn’t a specific cause for the malfunctioning of the BeReal app known yet. The issue is likely due to a problem with the app servers or your network. The recent surge in users could be the probable cause of the servers failing to manage the load. 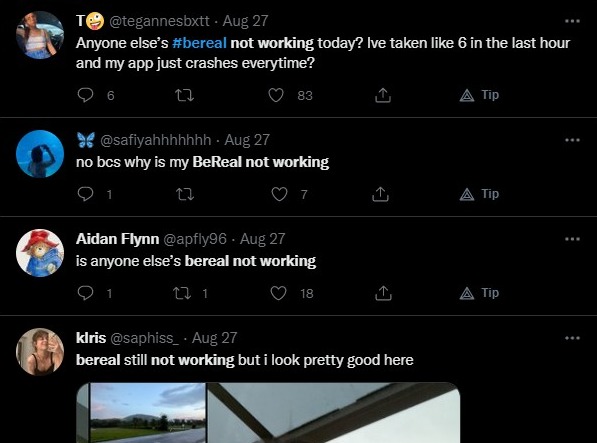 The recent “Upload failed, click to retry” issue on the BeReal app is due to a bug in the app. BeReal will possibly roll out an update soon which will solve the problem. For now, you can try the solutions we have shared below.

How to Fix the BeReal App Not Working Issue?

If you have experienced issues with the BeReal app such as the “Upload failed, click to retry” error, then you can try some general solutions first. The simplest one is to close the app and restart your device after leaving it turned off for a couple of minutes.

After that, check if the problem goes away. If it’s still there, you should also check the status of your Internet connection. Make sure you are getting a nice and stable network speed.

If the problem still exists, you can continue with the solutions available below.

Update BeReal to the Latest Version

App updates are provided to fix the existing bugs and ensure that you get the best user experience. If you are using an older version of the BeReal app, you are more prone to errors and glitches.

So, head over to the Play Store or App Store, search for the BeReal app and see if it has an update available. Tap the “Update” button if there’s an upgraded version on the store, and wait for the installation to complete. 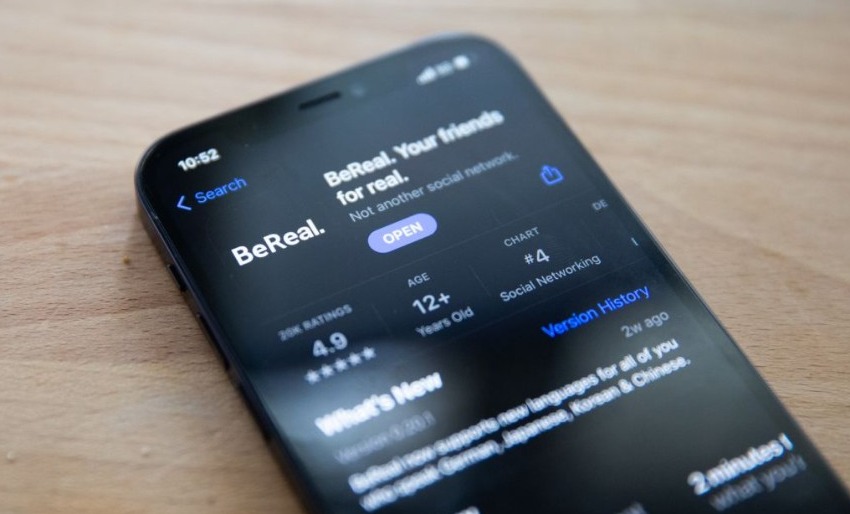 After the app is updated, launch it and check if it is working fine. In case, there’s no update available for your device, you can try re-installing the app.

You can clear the app cache to solve the “Upload failed, click to retry” issue on the BeReal app. Just launch the BeReal app, head over to your Profile, tap on Settings, then tap on Other, and finally tap on Clear Cache.

Android devices also have another option. Head over to Settings, and then tap on “Apps Management.” Find BeReal from the list of apps and tap on it.

Next, find the “Clear Cache” button (the process differs on different devices). Once you have cleared the app cache, launch BeReal and see if it solved your problem.

For iPhones and iPads, you have to uninstall the BeReal app to clear its cache. After uninstalling it, restart your device once. Now go to the App Store and install BeReal.

Report the Problem to BeReal

If none of the solutions shared above worked for your device, your last resort is to report the problem and wait for a response from the support team. To report an issue on the BeReal app, launch it and tap on your profile picture on the top right.

Now tap on the three-dots icon. Next, tap on “Help” and then tap on “Contact Us.” Select “Report a Problem” and then describe your issue briefly with clear and respectable language. Don’t put any cuss words in the message, or else it’ll be ignored.

Finally, submit the report and wait for a response. You can also report the problem on Twitter. Don’t forget to tag @BeReal_App in your tweets though. 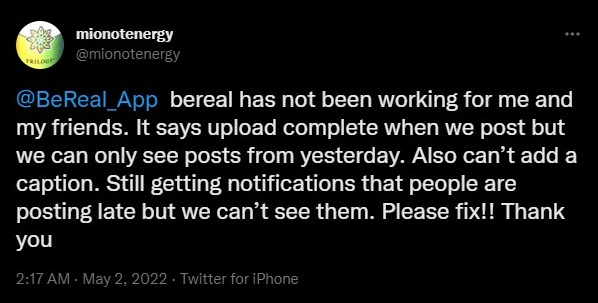 Wait until BeReal Solves the Issues with Servers

For now, we can only wait until BeReal resolves the issues with its servers and fixes the errors. Meanwhile, you can enjoy the memes arising from the incident. We’ll keep you updated once BeReal shares an update.

Previously, BeReal also experienced an issue with the servers when they organized a meme contest titled “Time to BeReal,” which flooded the social media platforms with witty posts from the app.

Some of the app functions are back to normal now. The rest of them will soon be fine. Until then, you can try some of the latest TikTok trends available on our website.