A protestor hurled eggs at King Charles III and Queen Consort Camilla during their visit to York, England, on Wednesday. The man threw at least three eggs towards the King and the Queen Consort and shouted, “this country was built on the blood of slaves” and “not my King”.

The eggs missed the royal couple, and the man was quickly restrained by police. He has now been taken into custody over a public order offence. Continue reading to know more about the incident. 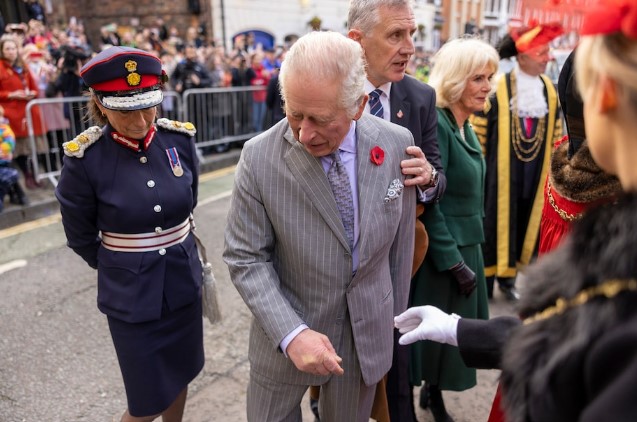 The incident took place on the second day of the King and the Queen Consort’s official royal visit to Yorkshire. The royal couple was being welcomed by the city leaders in York when a 23 year old man hurled three eggs at them. The protestor missed his target and was detained by the police quickly.

The King continued to shake hands with the leaders and stooped briefly to look at the cracked eggshells on the ground. A witness, Kim Oldfield, has now shared the details of the incident and said, “I glanced across, [saw] the police just descended on the barrier and tried to drag this chap over the top. About five eggs he’d managed to send.”

Someone threw an egg at Charles.pic.twitter.com/7f4kg751yO

“Camilla sort of flinched a little bit when the booing started but they [police] quelled it really quickly. Just a shame they spoilt what was a lovely moment,” the witness added. One of the eggs was reportedly fended off by Suzie Mercer, the sheriff of York, who was one of the dignitaries welcoming the King.

The Protestor has been Arrested

The man was heard booing the royals and started chanting slogans against the King when he was being restrained by the police. Four officers were seen taking hold of him and then arrested him on suspicion of a public order offence. Meanwhile, the crowd started chanting “God save the King”, with some even shouting ‘shame on you’ at the protestor. 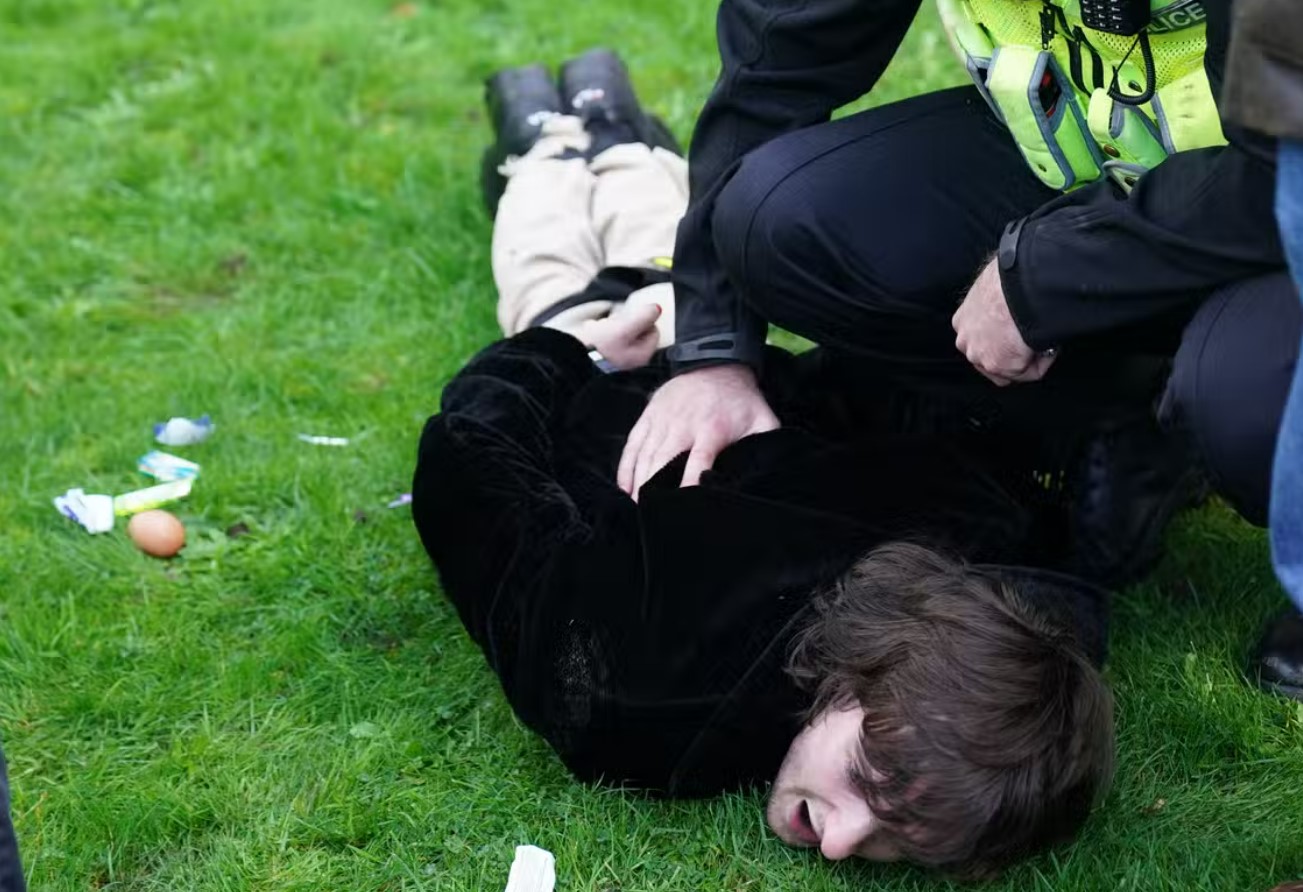 The royal couple was in York to unveil a statue of Queen Elizabeth II, the first one to be installed post her death in September. “The late Queen was always vigilant for the welfare of her people during her life. Now her image will watch over what will become Queen Elizabeth Square for centuries to come,” King Charles said, speaking at the event.

The statue stands 2 meters tall and weighs 1.1 tonnes. It is carved from Lepine limestone from France and was made to celebrate the late Queen’s platinum jubilee. After the ceremony, the King and Queen Consort travelled to Doncaster in South Yorkshire. 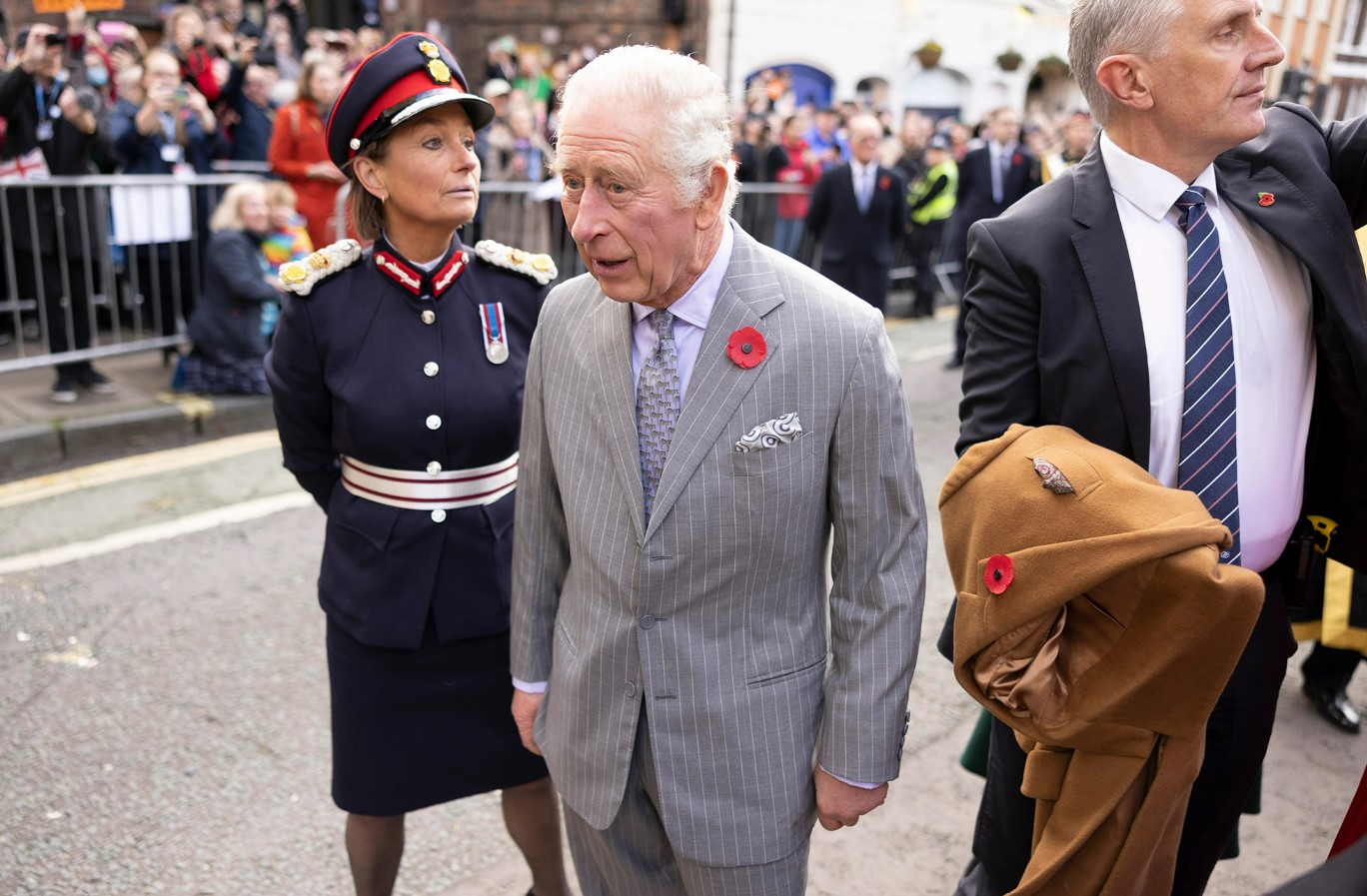 While King Charles took the position of the monarch just two months back, he has had to face several protests already. In the days following the Queen’s death, a number of people were detained for protesting. In Edinburgh, a woman was arrested for holding a sign that read ‘abolish the monarch’.

Another woman was arrested for shouting ‘who elected him’ when a document was being read at Oxford officially proclaiming Charles as king. Earlier in 1986, a similar egg-hurling incident occurred with Queen Elizabeth II. She was hit by an egg thrown by a woman during her royal visit to New Zealand.