Keeping the tradition of honoring a historical personality from various professions, Google has changed its homepage with a unique Google Doodle today i.e. on 23rd April to pay tributes to one of Iraq’s most influential artists Naziha Salim. If you are wondering why Google chose today to pay tributes to the ace artist then well, two years back on this date the Barjeel Art Foundation highlighted Naziha’s work in their collection of female artists in 2020.

Taking to its Twitter handle on 23rd April Google India tweeted, “Today we honor a female artist, educator, and author who shone a light on the women around her. Find out more about Naziha Salim at https://goo.gle/NazihaSalim”, along with the hashtags #GoogleDoodle #WomenWhoInspire #SearchForChange.

Today we honour a female artist, educator and author who shone a light on the women around her.
Find out more about Naziha Salim at https://t.co/e7sBxhG8JQ.#GoogleDoodle #WomenWhoInspire #SearchForChange pic.twitter.com/spn6rymjPt

Here is all that you need to know about Naziha Salim in our article below. Keep reading!

Everything about Naziha Salim

Naziha Salim was born in the year 1927 in Istanbul, Turkey in a family of Iraqi artists. At a very young age, Naziha Salim developed an interest in the field of art. Her father, Hajji Mohammed Salim was a painter and was an officer in the Ottoman army at the time of her birth. 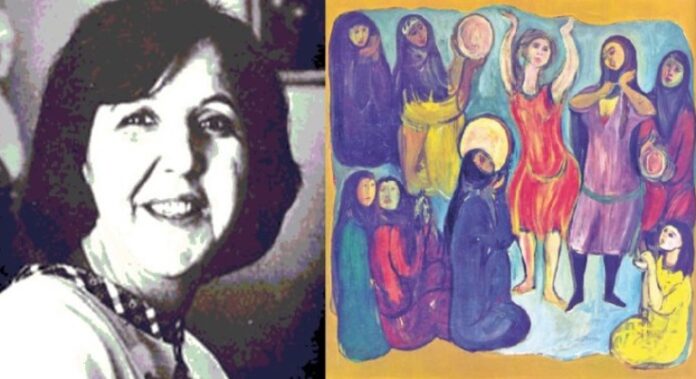 Naziha’s mother was an embroidery artist. Her brother Rashid was a political cartoonist and her other brother Jawad was one of Iraq’s most popular sculptors. Su’ad Salim, her third brother was also a designer. Abdul Qadir Al Rassam, the first Iraqi to paint in the European style, was her relative.

Naziha studied at Baghdad Fine Arts and also received a scholarship. According to some reports, she is the first woman to get a scholarship because of her deep interest in arts and sheer hard work.

She then went to Paris to pursue higher studies at the Ecole Nationale Superieure des Beaux-Arts in the field of artwork. Fresco and mural painting was her specialization as part of the course. Post completion of her studies, Naziha spent many years outside Iraq practicing artwork. Naziha came back to her motherland and started working at the Fine Arts Institute in Baghdad. She began teaching there until her retirement. She was also one of the founding members of Al-Ruwwad. It is a community of artists who went to study outside Iraq and incorporated European art techniques into the Iraqi aesthetic.

She was very active in Iraq’s arts community. She was the author of a book entitled, Iraq: Contemporary Art, published in the year 1977. Her book played important role in the early development of the country’s modern art movement.

What makes Naziha Salim so popular? 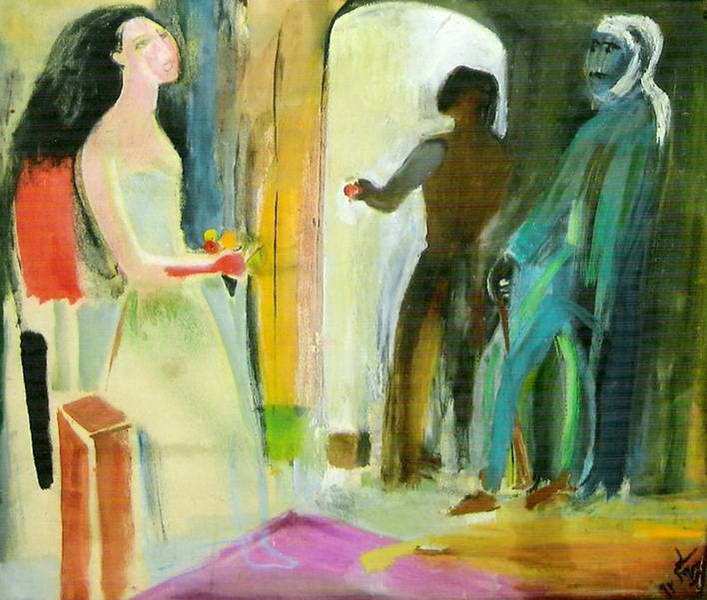 Naziha Salim is known for her style of expressing reality through her bold brushstrokes and vibrant colors. She portrays the life of rural Iraqi women through her art. Her artworks are still there at the Sharjah Art Museum and the Modern Art Iraqi Archive.

Today’s Google Doodle also celebrates St. George’s day in memory of patron saint St. George from England. He is famous for legends that depict him slaying a dragon in order to save a princess. Google follows this tradition once a month ever since it started this innovative approach.