Ever since Microsoft launched Xbox Series S and Xbox Series X, there has been speculation about a possible Series Z. However, the tech giant has always kept silent and hasn’t shared any statements about it yet. So, is the Xbox Series Z portable console real or a mere rumor? Find out here. 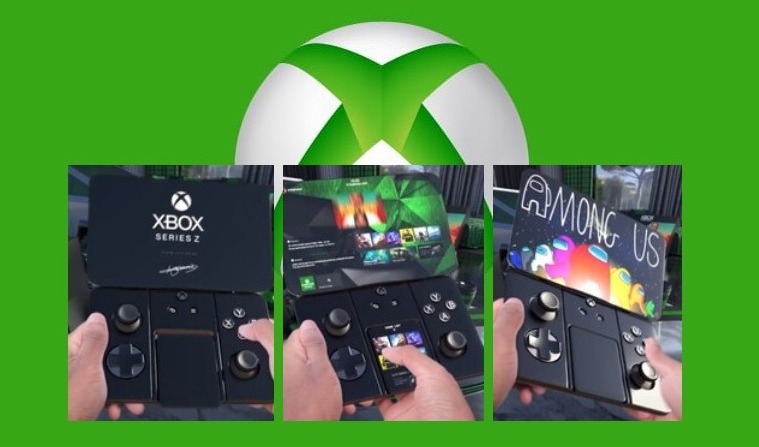 Recently, a video showcasing the potential Xbox Series Z console went viral on social media platforms like TikTok, Instagram, and Twitter. It has garnered millions of views, likes, and comments as the fans have got hyped up for how legit the console in the video appears.

Many social media users are even claiming that it’s a leaked design of Microsoft’s upcoming Series Z console. However, the rumors are baseless for now as there isn’t a credible source behind them.

No, the Xbox Series Z or any other portable console that you may have seen on TikTok, Instagram, YouTube, or any platform is not real yet. The videos that led to the speculation about it are fan-made creations and the prototypes aren’t owned by Microsoft.

The portable and cloud gaming consoles industry has been expanding at a rapid pace. The Nintendo Switch and the recently launched Steam Deck have been pretty successful. However, Microsoft hasn’t revealed its plans to explore the sector yet.

Xbox series Z? 🤔🤔I did hear Xbox has a few prototypes for a handheld. u think there’s any validity to this? @Colteastwood @Rand_al_Thor_19 pic.twitter.com/2Z5N6mMlbi

Although experts predict that a portable Xbox console is imminent, an official confirmation about the company’s roadmap is awaited. Until then, you shall treat any leaks or rumors about the Xbox Series Z with an extra grain of salt.

It features a portable console that users can keep in their pockets called Xbox Series Z in neat quality with funky music playing in the background. The impressive concept design by Kashama has made fans think twice about the legitimacy of the console.

However, the design is just a concept and it’s not real. Kashama is well known for creating mock-up designs for futuristic technology and showcasing them in their videos. Some of his other viral videos include an iPhone design with a touchscreen on the back and GameBoy Omega.

The rumored Xbox Series Z shown in Kashama’s video has the features of a next-gen console with a very realistic design. Users can easily keep it in their pockets and play games on the go.

The user in the video unfolds the console using a button and it seems similar to a Nintendo DS. The size is about the size of a magazine cover. A bezel-less screen is positioned above the joysticks on the inside. 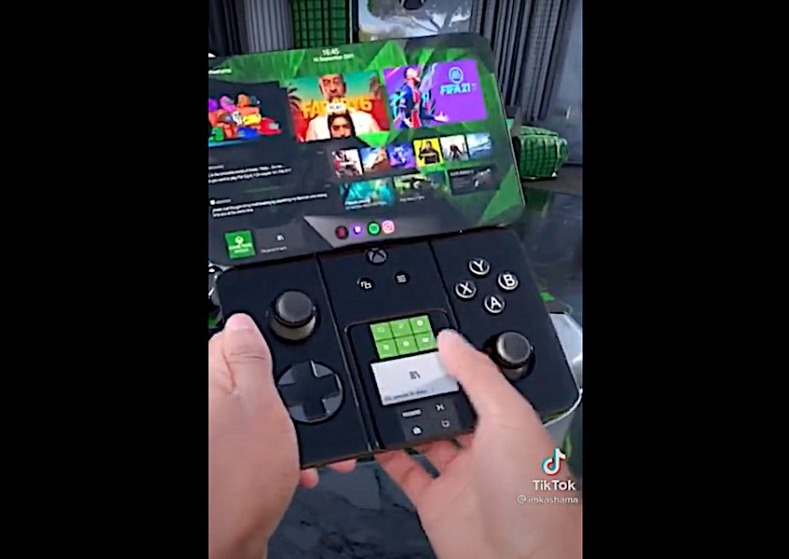 There’s a D-pad, and the traditional A, B, X, and Y buttons that you’ll find on any Xbox controller. The person in the video shows a number of games including Far Cry 6, Among Uus, FIFA 22, Gears 5, and, Cyberpunk 2077.

When the console is folded, it’s slightly larger than an average person’s hand. The amusing design feels incredibly realistic and ready to be adopted by any company.

Xbox Series Z Could be a Reality in the Future

Even though the console shown in Kashama’s video is not real, there have been many rumors suggesting that Microsoft is working on a portable console after the success Switch has experienced.

The tech giant would definitely have plans to go big in the cloud gaming field. However, they haven’t shared any updates about it. Neither there have been any hints about their plans nor there are any credible leaks.

Not gonna lie. Xbox Cloud Gaming has potential. Obviously not for hardcore fighting games due to the lag, but the stream quality looks great and I can see myself playing some other Xbox games on the go. It’s free with Game Pass Ultimate and works with iOS or PC browsers. pic.twitter.com/mFS7BhVLxj

However, Microsoft could soon come up with official plans given the remarkable potential of the industry. We might be seeing a portable Xbox console soon in the future. If it’ll be named Series Z or not will remain to be a mystery until then.

What are your opinions about it? Do you believe that cloud gaming is the future? Express your thoughts in the comments section.