Season Four: Mercenaries of Fortune is almost here and it’s already looking to be incredible with the inclusion of a new map, a new event, and major changes. The new map Fortune’s Keep will arrive at CoD: Warzone alongside Season 4, check out the release date and time for the update here. 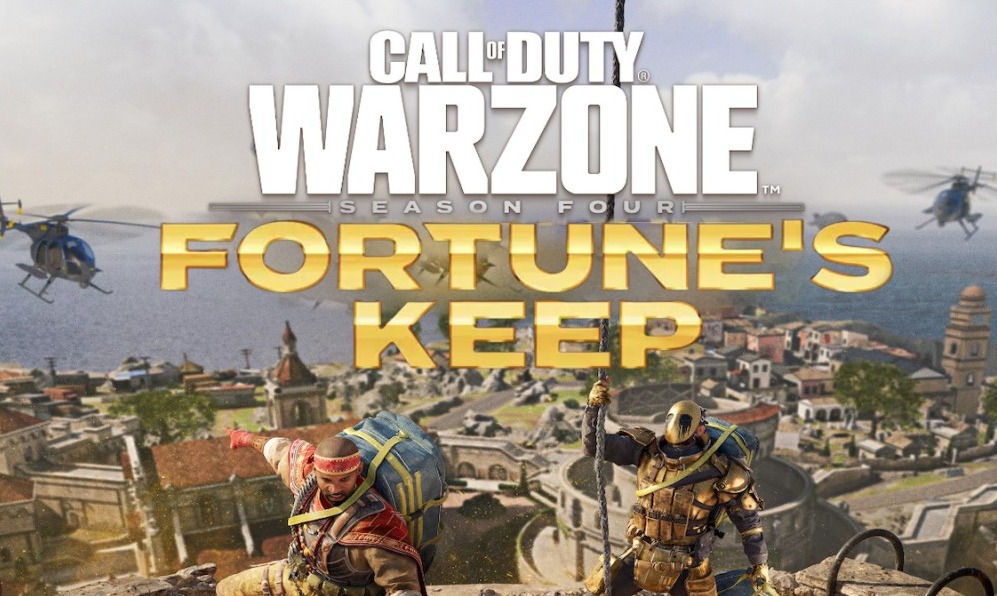 June has turned out to be a wonderful month for Call of Duty fans as we’ve got a brief look at the Modern Warfare 2 gameplay during the Summer Game Fest and received confirmation about Warzone 2 coming later in the year.

Now, the month is going to conclude with a new map which is similar to the Rebirth Island but has its own exclusivities. It’s a lot smaller than Caldera which is going to incorporate a number of changes after players’ feedback after the latest update.

Call of Duty: Warzone players are going to get a new map named Fortune’s Keep with the upcoming update kicking off Season 4: Mercenaries of Fortune. The update will roll out for players across all platforms on Wednesday, June 22, 2022.

Here is the region-wise launch time for Warzone’s new update including Fortune’s Keep map as confirmed by Call of Duty’s official Twitter handle:

The new update will introduce a surfeit of content to kick off Season Four. There will be major changes to Caldera based on fans’ feedback, a new event, new features and mores, new weapons, and plenty of things to stay hooked alongside Fortune’s Keep.

Fans will be able to start enjoying the new map as soon as the update is installed. Fortune’s Keep is going to be a fun map for all sorts of players.

Fortune’s Keep, the latest addition to Warzone’s collection of maps, is the highlight for Season Four. The new map seems very similar to Rebirth Island and many are considering it to be its replacement since Rebirth Island is going for a temporary hiatus.

However, it’s not and it’ll have its own playlist activities that players can join. It’s roughly the same size as Rebirth Island and smaller than Caldera. It’s going to feature the Resurgence ruleset making it a faster-paced game mode.

Among all the discussions, we've seen one question that kept being asked, "How big is Fortune's Keep?"

We think this illustrates it perfectly! 🌋☣️🏰 pic.twitter.com/4lkpvGjSas

The main new addition to Warzone season 4 is a new map – Fortune’s Keep. This new map is not a replacement for Rebirth Island and it will have its own playlist activities that players will be able to jump into.

Fortune’s Keep will have a new contract called Black Market Run. Your squad will have to race to a Black Market Buy Station before the timer ends to buy a range of unique items and weapons. There’s also Cash Extraction, which is a mini-event where mercenaries will attempt to extract from the map with cash in hand.

Activision has shared a brief blog post revealing key details about the new Warzone map- Fortune’s Keep. You can take a look at them below:

The town featured on the map is potentially inspired by colorful Mediterranean villages and the Smuggler’s Cove will be loaded with supplies including Gas Marks to help in a Circle Collapse. It’s like a medieval fortress converted into the mercenary’s headquarters.

Call of Duty: Warzone and Vanguard are about to kick off Season Four: Mercenaries of Fortune on June 22, 2022, at 9 AM PT/ 1 PM ET. The new season will bring lots of exciting stuff into the game including 6 new features and 4 new modes throughout the season. 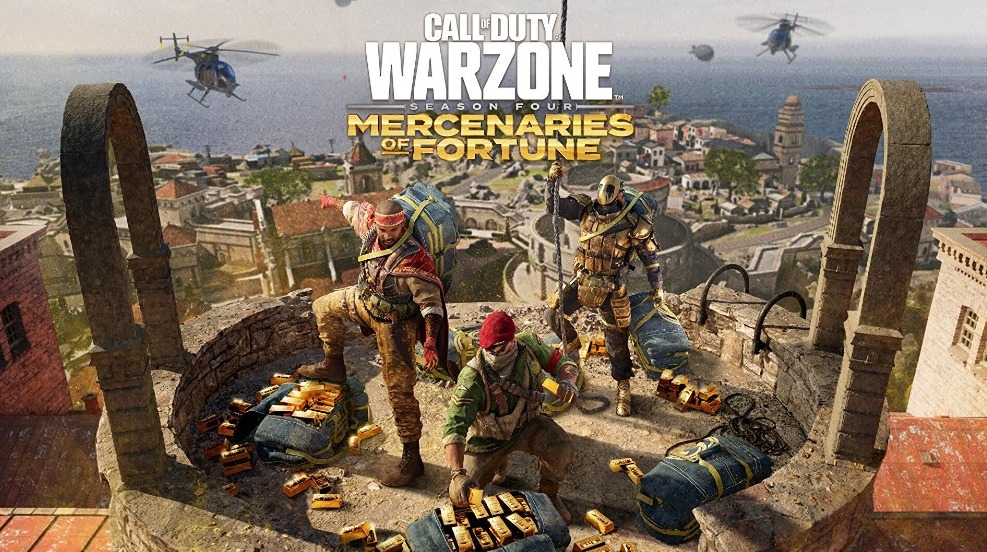 There will be new weapons and operators available as well. Caldera, one of the most played Warzone maps right now, is going to incorporate a number of changes in the new season while Rebirth Island will be removed temporarily.

Here is a brief look at everything that’s changing in Warzone with the start of Season Four: Mercenaries of Fortune.

Caldera is going to change for the better

Activision is going to introduce a number of changes to Caldera. The Storage Town is returning to the heart of the Pacific island between the Mines, Airfield, Village, and Dig Site.

Along with this, mercenary camps will be popping up around  Caldera, several river beds have dried up, and there will be around 50% vegetation around the map for better visibility.

BREAKING: Caldera’s vegetation is being reduced by 50% in Season 4 of Warzone. pic.twitter.com/Yao4JHpnHZ

There are also some mysterious Mercenary vaults that you can track down to find major loot injections. A new armored SUV is also coming to the island having a rooftop turret and a few passenger seats.

The new season will also kick off a major event that Warzone players can participate in. The Mercenaries of Fortune event will have new challenges requiring you to complete a number of tasks across Caldera and Fortune’s Keep. 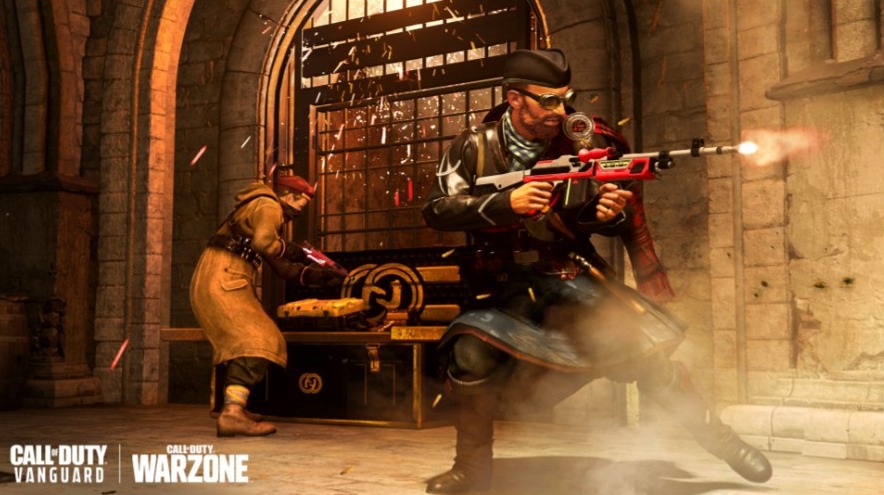 Upon successfully completing them, there will be a range of impressive cosmetics including a golden skin for the armored SUV will be up for claim. There’s a lot to look forward to once the new season kicks off.

The upcoming update will also introduce a new Battle Pass for Call of Duty: Warzone Season Four: Mercenaries of Fortune. It’ll have the usual 100 tiers and will cost 1,000 CoD points (calculates to around $10).

The new Operators and Weapons for the upcoming Warzone and Vanguard Season 4 Battle Pass will be as follows:

The upcoming Warzone season seems to be pretty loaded and the new map Fortune’s Keep will apparently act as the cherry on top. Players worldwide are eagerly waiting for the update to go live and jump into the new map.

Are you excited to start playing in Fortune’s Keep? Don’t forget to share your expectations in the comments.