Trombone Champ is the weirdest game to become a massive hit in 2022. It’s described as “the world’s first trombone-based rhythm music game,” and developed by Holy Wow, which is known for producing hilarious titles. Here’s how to play Trombone Champ and have fun. 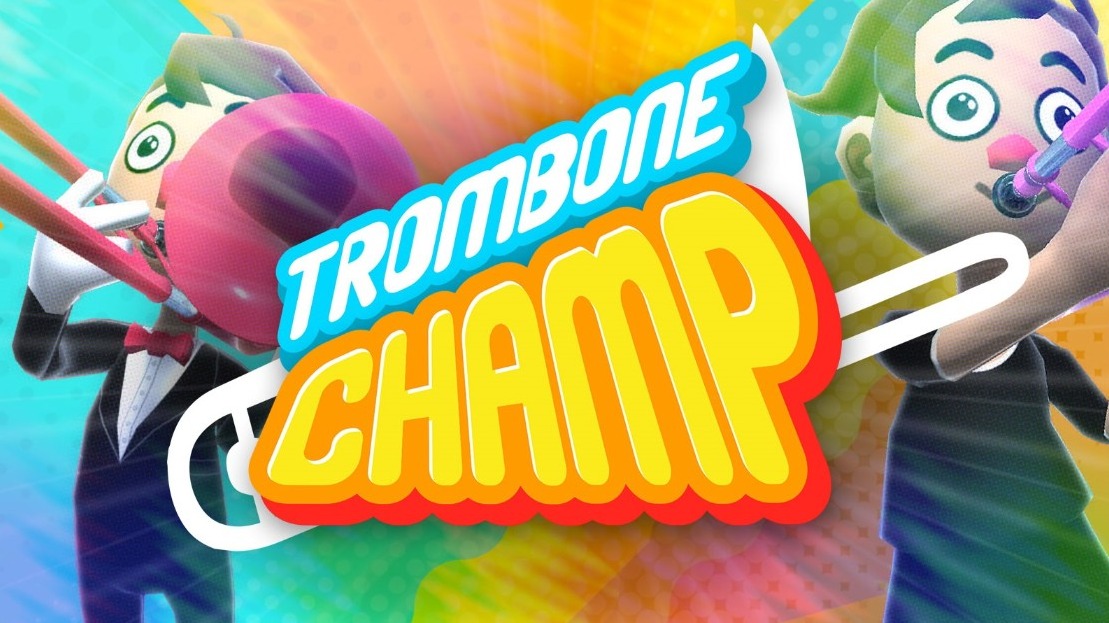 The Internet has now found a new favorite game and it’s Trombone Champ. It’s strange but it’s true. It’s the same year when netizens were going gaga over Elden Ring and waiting for God of War: Ragnarok.

Trombone Champ has now become a top seller on Steam. Even the developers of the game didn’t expect such a huge response. “I wasn’t quite sure what the response was going to be because … it almost always sounds bad,” said Dan Vecchitto, the developer.

What is Trombone Champ?

Trombone Champ is the latest bizarre game to go viral out of nowhere. It’s among the top 10 games on Steam now after becoming the No. 15 in its first week of release. It’s also one of the top streaming games on Twitch.

Developed by Holy Wow, Trombone Champ is a rhythm game that seeks inspiration from Guitar Hero but uses a Trombone instead where players can listen to addictive tracks including O Canada, Take Me Out to the Ball Game, and The Star-Spangled Banner. 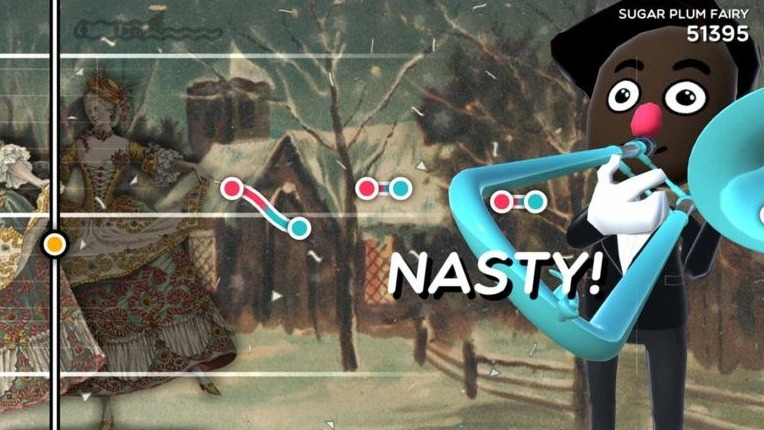 The gameplay is shockingly simple yet the Internet is going crazy about this new strange title. Holy Wow has perfectly lived up to its legacy of producing laughable titles.

Where to Buy Trombone Champ and How Much is it?

Trombone Champ is available on Steam for only $14.99. It’s not available for consoles or cloud gaming platforms yet. You can only enjoy it on your Windows PC.

“Honk, blow, & toot your way through over 20 songs, collect all 50 unique Tromboner Cards, and uncover the mysteries of the Trombiverse. Do you have what it takes to become the true Trombone Champ?” says the game’s synopsis on Steam. 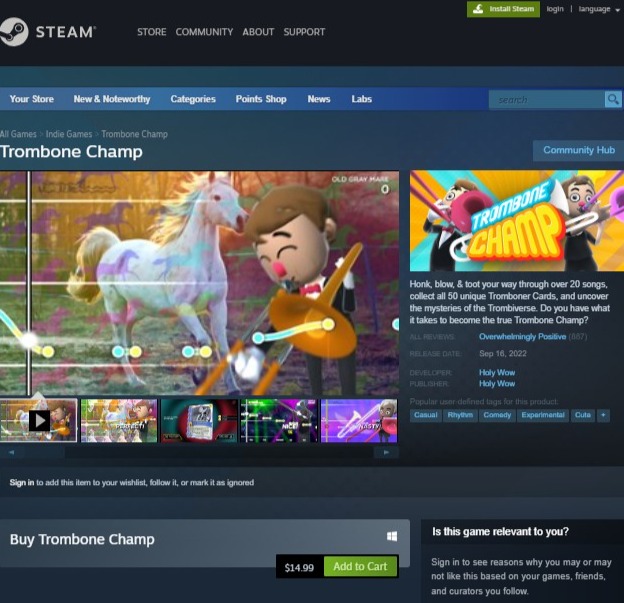 Trombone Champ can run on any basic computer. It isn’t a graphics-heavy title but looks like a cheaply created one that’s reaching insanely high peaks of popularity. Still, here are the system requirements to run Trombone Champ on PC:

How to Play Trombone Champ?

The gameplay for Trombone Champ is very simple but still quite challenging. The goal is to play your trombone properly to the in-game beat of the soundtracks, just like any rhythm-based game.

You’ll have to use a mouse and a keyboard to start, and don’t actually need the instrument. Just press any letter to key at the right time as notes slide across the screen to play the game. Use your mouse to move the in-game slide when the game asks you to.

The movements will help you simulate real trombone-playing motions and you also have to perfectly time your notes. This will save your musical instrument from running out of breath.

The goal is to play each song carefully and collect Tromboner Cards. You can also unlock secret content as you progress through the game. However, remember that messing up certain notes can lead to hilarious musical results such as farting sounds.

That’s all the gameplay involves. It’s highly weird but fun and that’s why the Trombone Champ is ruling the meme world right now. Netizens are still talking about it continuously as it’s staying on top of the recent trends.