The Elder Scrolls 6: Everything We Know About it

The Elder Scrolls 6 is still a bit away from its release date but fans are hyped up for the Skyrim sequel. It was officially announced in 2018 at E3. However, Bethesda hasn’t shared many details about it since then, except for a few hints and teases. Take a look at everything we know about the upcoming action RPG so far. 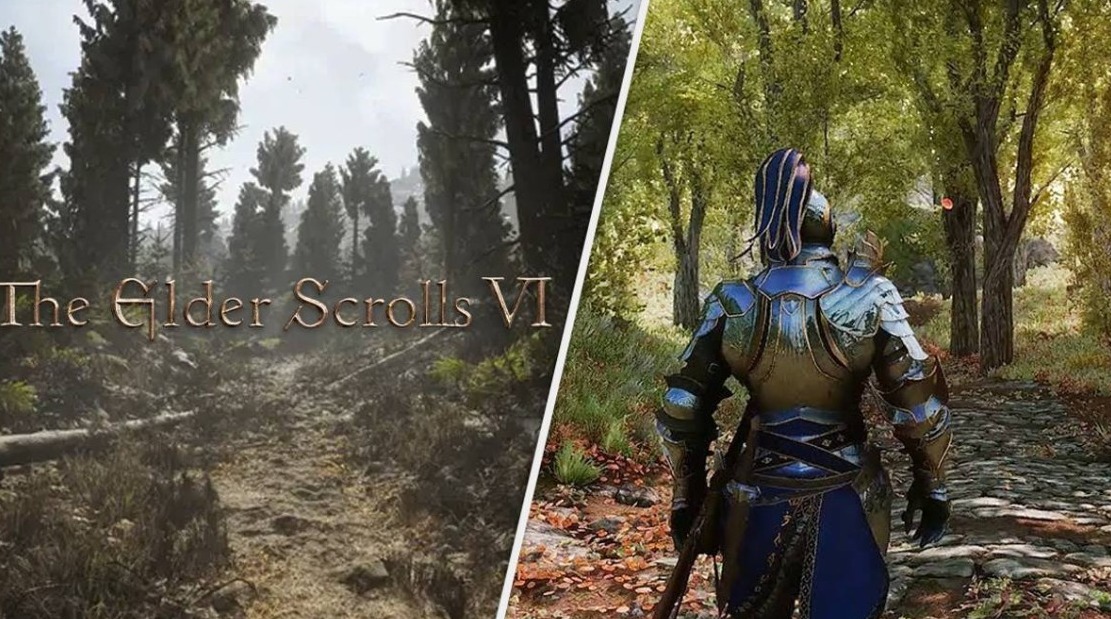 The next major iteration in The Elder Scrolls series is definitely going to be action-packed, full of thrills, and feature stunning visuals. However, Bethesda has only shown a very short teaser that didn’t reveal much except for the game’s title and the location from above.

For now, Bethesda is more focused on the space-adventure Starfield which has been postponed till 2023 recently. Skyrim’s sequel is reportedly still in the pre-development phase. There are tons of rumors surrounding it available though.

It’s been four years since Bethesda announced The Elder Scrolls 6 with a short teaser at E3 2018. However, we still don’t know the release date of the game yet, and it’s currently only in the early stages of development, as per the recent reports.

Currently, Starfield is the studio’s main priority, and TES6 will come after that. The sad news is we don’t know Starfield’s release date either. It’s known that it’ll be launching sometime in 2023. Logically, this should push The Elder Scroll 6’s release date to 2024 or later.

PC Nvidia Geforce leaked ES6's release date. January 2, 2024. It is entirely possible that the date is more of a placeholder than the actual release date. It could still provide some insight into a general time when fans may be able to expect #TheElderScrollsVI. pic.twitter.com/goUAO5eSgj

There’s general speculation going around that it’ll be available to play anywhere between 2024 to 2026 while another report suggests that the development may take around six years to complete. One thing is for sure that’s coming in this decade.

Todd Howard, Bethesda Games director and executive producer, announced The Elder Scrolls 6 at E3 2018. Since then, he has been offering updates about its development. The next year, at E3 2019, he told IGN, “I think everyone should be very patient.”

The next year, comments on TES6 came from Pete Hines, Bethesda’s senior vice president of global marketing & communications. “If you’re coming at me for details now and not years from now, I’m failing to properly manage your expectations,” he said.

At E3 2021, Todd Howard delivered the good news that the upcoming action RPG has reached the early development phase. “It’s good to think of The Elder Scrolls 6 as still being in a design [phase].”

Bruh. The Elder Scrolls 6 was announced 3 YEARS AGO and is still in the design phase? I knew they announced it early but not this early 🤦🏿‍♂️ https://t.co/3L6ZNqk7XM

The comments from the company’s seniors clearly indicate that not much has been finalized about the upcoming title yet. It’s still in the early stages and the development will still take at least two more years.

Will The Elder Scrolls 6 be exclusive to Xbox consoles?

After Microsoft acquired Bethesda for $7.5 million in 2020 and the Xbox boss Phil Spencer shared details about their plans for exclusive titles, Starfield has been confirmed to be an Xbox exclusive so far.

No. And also Elder Scrolls 6 is planned as Xbox exclusive as well. https://t.co/K4VCC5DrXL

If that’s the case, then the game will likely have a Day One launch on the Xbox Game Pass like the recent releases. One fortunate news is that Phil Spencer has mentioned in an interview that “the Xbox exclusivity doesn’t mean to punish players on the PS5.”

Thus, there’s still hope that The Elder Scrolls 6 (and Starfield) could be available on the PlayStation 5 and PC at a later date. That’ll be a very long wait though.

The Elder Scrolls VI Could be Set in Hammerfell

Bethesda hasn’t announced the exact location or setting for The Elder Scrolls 6, obviously. However, there have been a few teases in the trailer launched in 2018 and on social media platforms.

The trailer revealed the landmass to be located near the coast as the seagulls can be seen flying in the sky along with the high mountains and valleys. The geographic hints made many fans believe that the location could either be Hammerfell or High Rock.

Transcribe the past and map the future. 📖
Here's to a Happy New Year!🕯 pic.twitter.com/bL44CzLDIE

On 2021’s New Year’s Eve, the official Elder Scrolls Twitter account posted a potential teaser at 4 PM which shows a map with three candles strategically placed on it while two coins are placed beside it.

According to the fans’ theories and some experts’ comments, this likely confirms that Hammerfell is going to be the location/setting for The Elder Scrolls 6. It is the home of the Redguards and has been on everyone’s radar ever since the trailer dropped.

One candle is on Hammerfell which is the main theory of where 6 takes place. But the other two are near the port of Solitude and one off the coast of Winterhold. An invasion? Perhaps Atmora wasn't as desolate as originally thought? https://t.co/znB8XFpXSO

What will The Elder Scrolls VI be called?

The Elder Scrolls games are always titled based on their setting. The 5th installment was called Skyrim as it was set in that location while the 4th one was called Oblivion for the same reason.

Therefore, the title for the next game will likely be The Elder Scrolls VI: Hammerfell.

Previously, there were rumors that it’ll be The Elder Scrolls VI: Redfall because of a misunderstanding that got clear after Bethesda revealed Redfall as a separate title.

The Elder Scrolls 6 Trailer and Gameplay

There’s only one trailer available for The Elder Scrolls VI that Bethesda unveiled while announcing the game officially in 2018. The 30 seconds of footage doesn’t reveal many things about the upcoming RPG, except for a scenic view of Tamriel.

You can see the camera floating above a mysterious province (that fans cracked to be Hammerfell) and then the title is shown (without the subtitle).

We also don’t know anything about The Elder Scroll 6’s gameplay yet, except for the fact that it’s going to be an RPG developed using the new Creation Engine 2 with stunning graphics. Bethesda will likely build off The Elder Scrolls Online and Skyrim’s gameplay.

One brilliant thing we know about the gameplay is that the legendary Skyrim Grandma a.k.a Shirley Curry will be part of The Elder Scrolls 6 as an NPC. The official announcement came after fans petitioned Bethesda to include the widely loved YouTuber in the upcoming game.

“This means a lot to me because I would be extremely happy to know that somebody else was playing with my character in a future Elder Scrolls game,” said Curry emotionally in The Elder Scrolls 25th anniversary video. 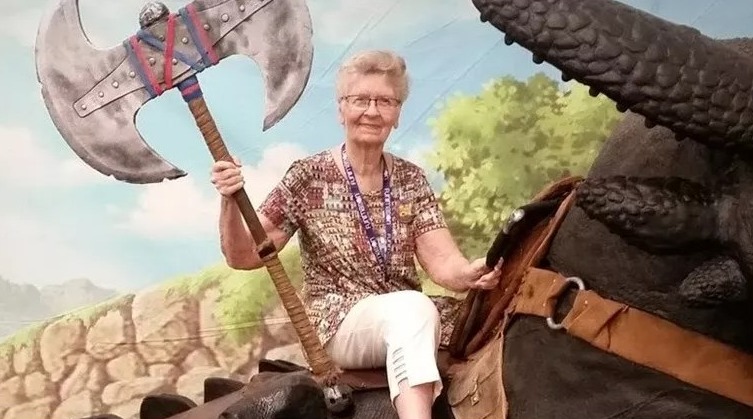 Conclusion: The Elder Scrolls VI is Still Years Away

The Elder Scrolls VI is official but it’s still years away before it’ll be available on the market. The game’s development is only in its early stages and we’ll have to wait for a long period of time before we get more confirmed updates.

Until then, you can continue to read fan theories and try solving puzzles and hints shared by the Bethesda employees. The hype for it is surreal. Let’s hope we get to hear something about it from the official sources soon.

We expect to hear some positive news at the Xbox and Bethesda Games Showcase taking place on June 12-14, 2022. Stay tuned.